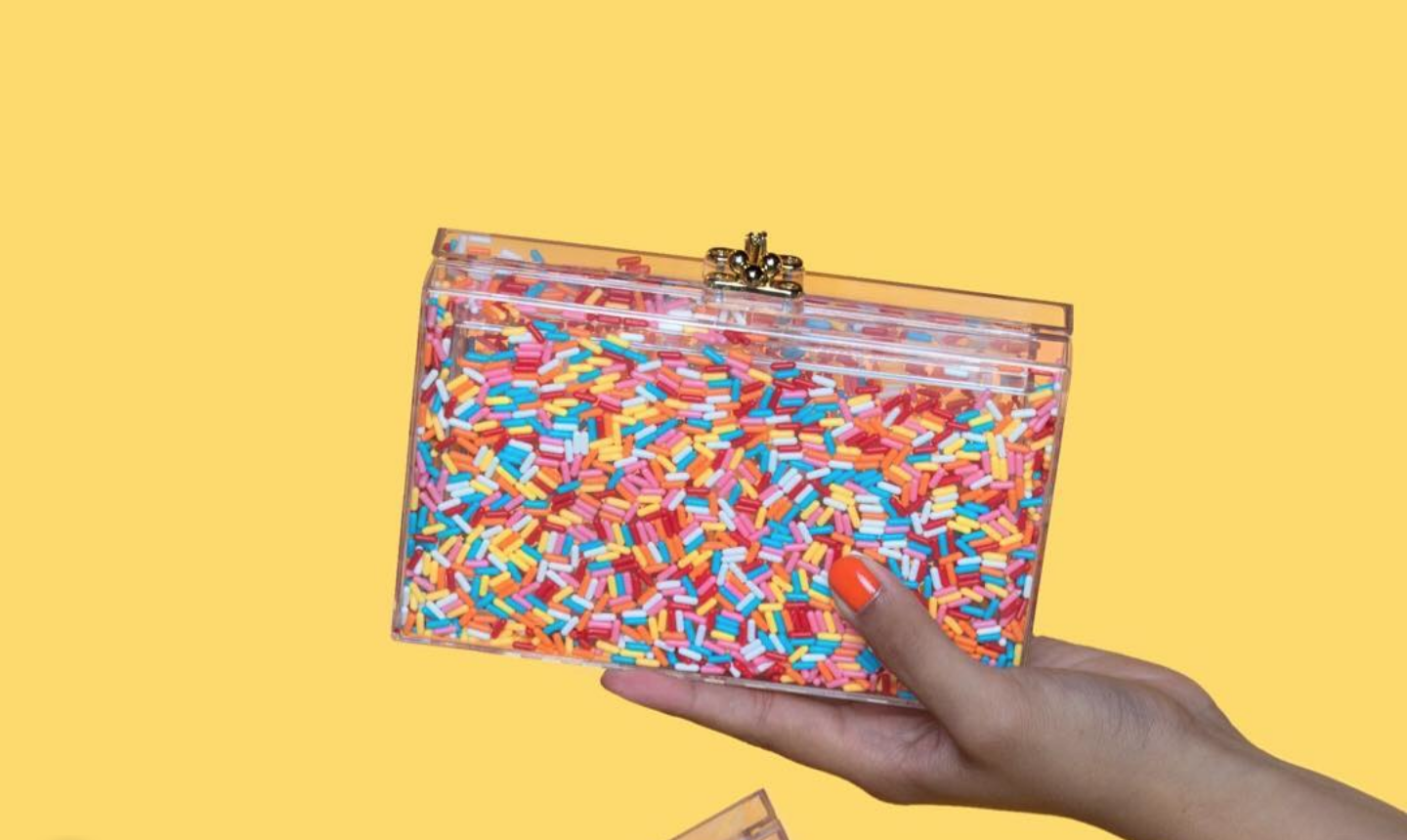 These surprising brand team-ups show that sometimes weird partnerships work, and make for some creative marketing that gets noticed…

It might be tough for brands to hear, but even their most creative advertising campaigns might not be creative enough for young consumers. According to our advertising and marketing survey, 75% of 13-35-year-olds say advertisements usually bore them, and 70% say that brands rarely do something that surprises them. So what are brands to do? We’re seeing team-ups between unexpected brands gain traction—and get attention.

As we explored in our recent Brandoms trend, these days more and more brands are partnering up across industries to produce unexpected merchandise—and young brand fans are paying attention. It seems the more disparate the brands involved, the more alluring the collaboration. Last month, LA streetwear brand Advisory Board Crystals’ “surprising” collaboration with Wikipedia sold out. Meanwhile, restaurants and fashion brands are finding that they’re a match made in merchandise heaven—to the point that Eater declared that “Food shirts are the new band shirts.” A look at recent foodie sneaker collabs alone shows how far the trend has gone: Allbirds gave a minimalist nod to Shake Shack with bright green accents and a tiny burger on the tongue, while Saucony and Dunkin’ Donuts created a pair of limited-edition sneakers adorned with sprinkles and the chain’s logo. They sold-out three days into pre-order.

It’s clear that young consumers are interested in seeing the brands they know think outside the box and create something new with an unexpected partner. In fact, 55% of Gen Z and Millennials tell us that brands who partner with startups are innovative, and 45% say they would like to see their favorite brands take on other industries.

It seems all brands should be thinking about who they could partner with to surprise and delight young shoppers—here are ten recent collaborations to get inspired by: 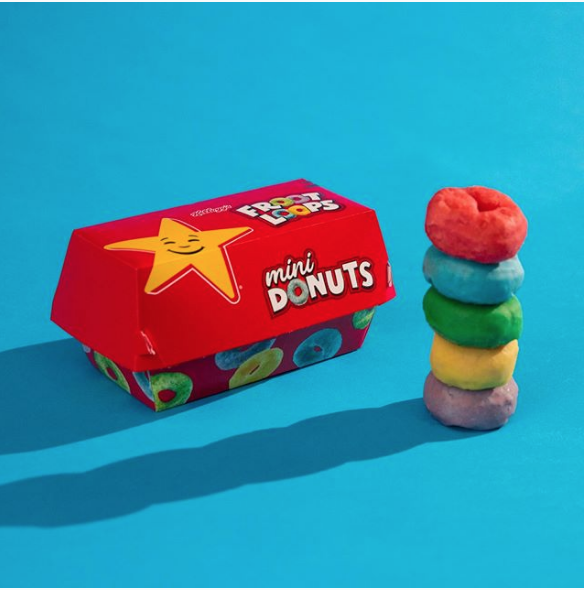 Froot Loops and Carl’s Jr./Hardee’s have teamed up to make donuts that BuzzFeed says “taste just like nostalgia.” The Instagrammable confections reportedly look and taste just like the real thing, and will be available for a limited time. Froot Loops Donuts are part of a broader trend of sugary cereal collabs, as more food brands realize that healthy-ish young consumers still want to indulge—especially on their favorite childhood throwbacks. In fact, it’s not the only brand that Foot Loops has paired up with. They recently launched a fashion line with AwaytoMars, featuring designs crowdsourced from over 700 contributors. 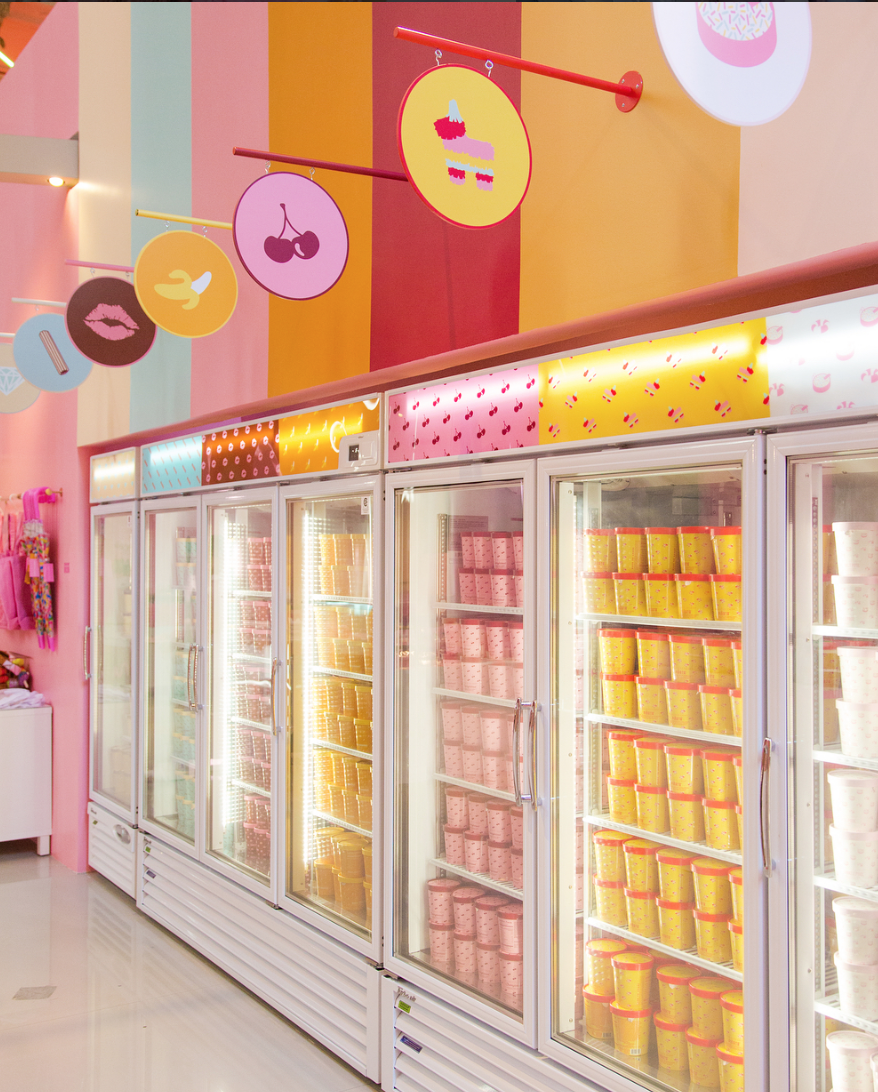 Back in 2016, we told you that Instagrammable experiences were being turned into major marketing experiences to attract young consumers—and now one of the biggest of those immersions is partnering up with a major brand. The Museum of Ice Cream, “a lick-able, likable, shareable ice cream-centric experience” featuring a now-famous sprinkle pool and other photographable displays, is now serving up product, with the help of Target. The MOIC partnered up with the big-box retailer to create The Pint Shop, a “grocery store-inspired exhibit” and “ice cream eating experience.” The permanent NYC exhibit/store will feature MOIC’s own line of social-media-friendly ice cream cartons that will also be available at Targets across the country, along with a new line of kids’ clothing. 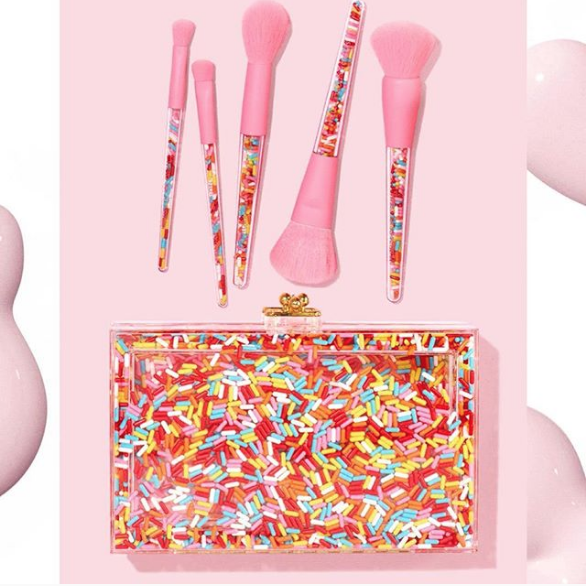 But that’s not the only partnership that The Museum of Ice Cream is serving up. This month, they announced another sweet collab—this time with Sephora. The two brands teamed up for a line of beauty merchandise that includes popsicle-shaped lip glosses, sprinkle-filled brushes, and more Instagrammable products—available for a limited time. Collaborations seem to be the MOIC’s latest move to rake in revenue, and this one makes sense: young consumers are indulging their “treat yo self” moments with makeup, and similar products like Too Faced’s peach and chocolate-themed collections are flying off shelves. 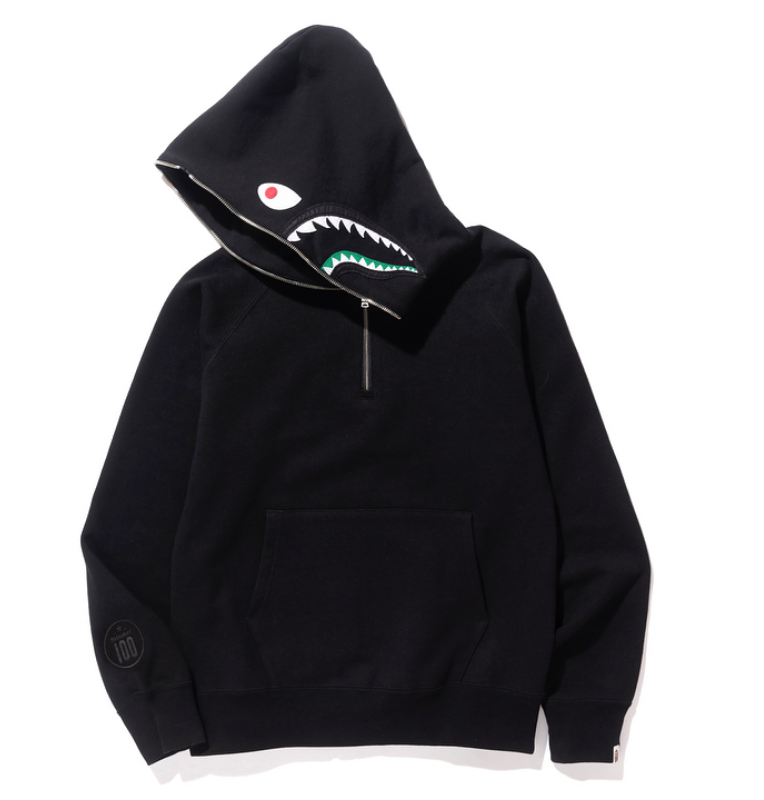 Bathing Ape is a beloved Japanese streetwear brand that’s no stranger to collaborations—just look at their high-end, coveted partnership with Louis Vuitton. But at the end of last year, they created a limited-edition line that featured a very different kind of logo: Heineken’s. The collection, which included a hoodie, t-shirt, and six-pack case, featured the beer brand’s green color, and their name, in honor of their #Heineken100 program. And the products were as elusively limited-edition as you can get: they were available for one day only at Japanese restaurant Izakaya in New York. 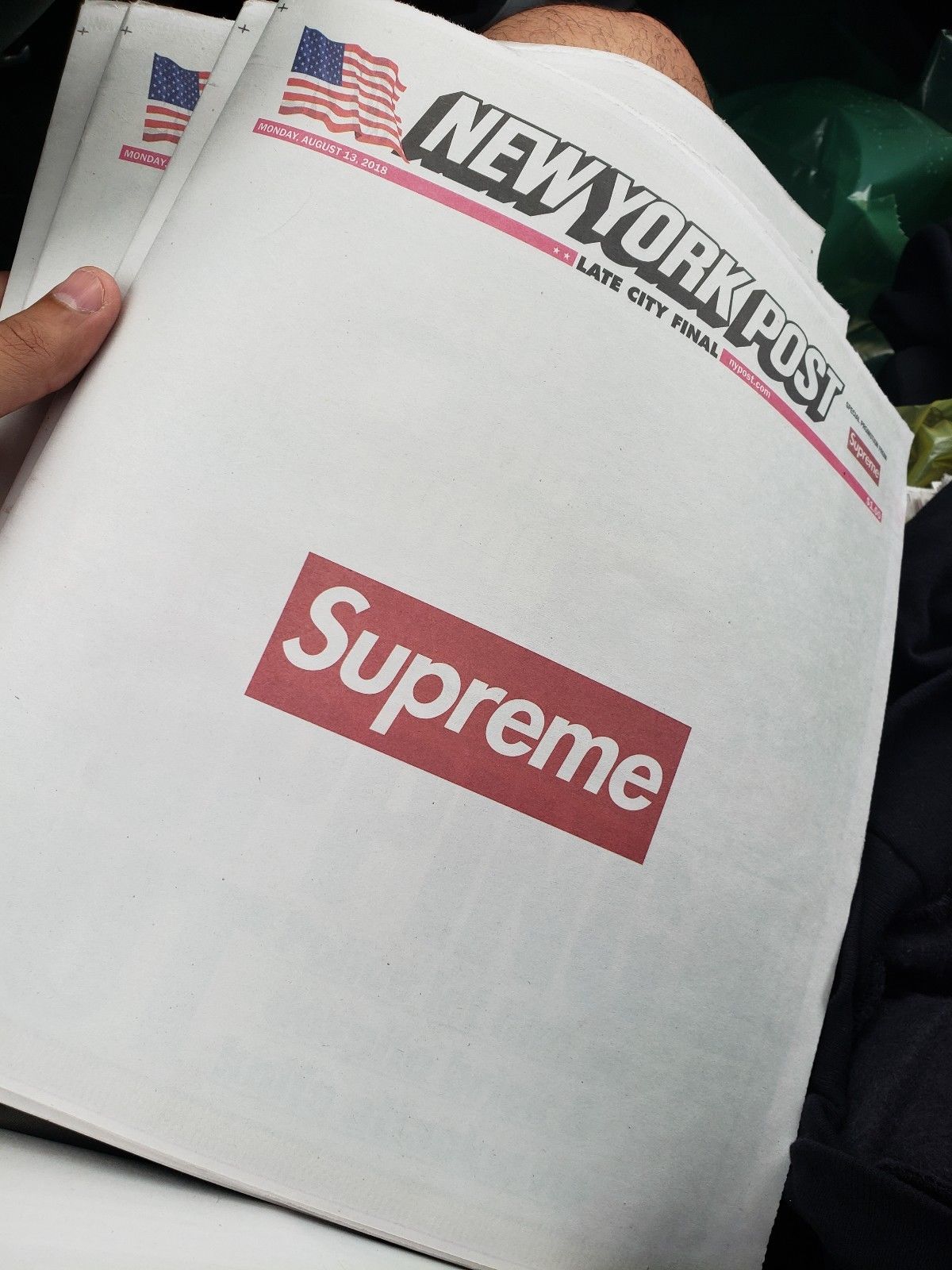 This August, Supreme once again turned an unlikely item into a coveted collector’s piece. The cult streetwear brand teamed up with the New York Post to promote their latest look book drop, taking over the newspaper with their iconic red logo—printed just once on each side. Needless to say, hypebeasts everywhere had a heyday, with any who were lucky enough to be New York-based buying out copies at their local bodegas. Like other Supreme merch, the papers were then upsold on eBay for ten times the original retail price. One 18-year-old even told the New York Times, “This is the first time I ever bought a newspaper.” 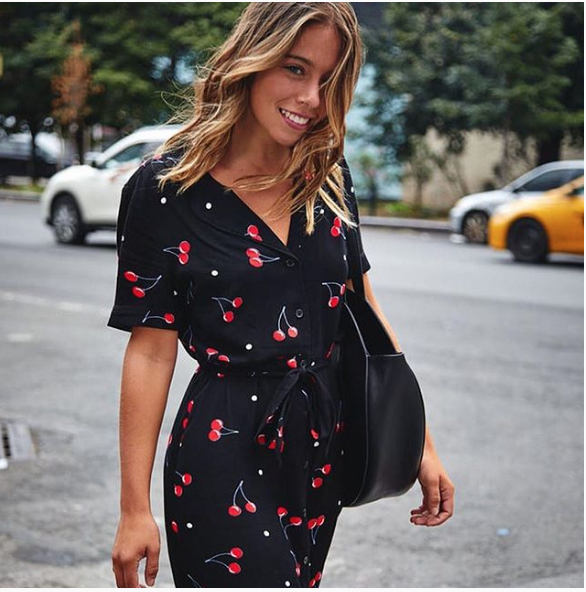 Kohl’s and PopSugar recently collaborated on a new clothing line to bring Millennials back to the department store. So far, Kohl’s has kept its head above water with young consumers in the so-called retail wasteland, reporting strong Q1 sales and making it onto Ypulse’s own list of young consumers’ favorite places to shop offline. The CMO of Kohl’s hopes that the PopSugar partnership will “connect with Millennials in a credible, authentic and meaningful way” and help them gather data on the coveted demo. Meanwhile, it’s yet another example of digital publications branching out into the merchandise realm. To help promote the partnership, PopSugar’s fashion editor wore a piece from the collection every day of New York Fashion Week. 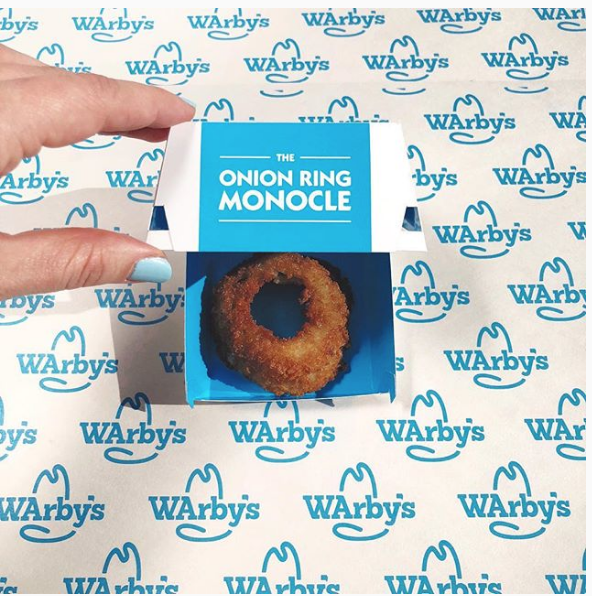 This April Fools’ Day, Warby Parker and Arby’s teamed up for a fashion collab based on their similar names, putting out a line of WArby’s merchandise. A pair of glasses with a meat marbling pattern and a “Nice to Meat You” tote bag were among the wacky collection. While some thought the team-up was a bit too much of a joke, the brands did cater to cause-driven young consumers by donating proceeds to VisionSpring and No Kid Hungry. And while the premise may have been to get a laugh, the line quickly sold out. 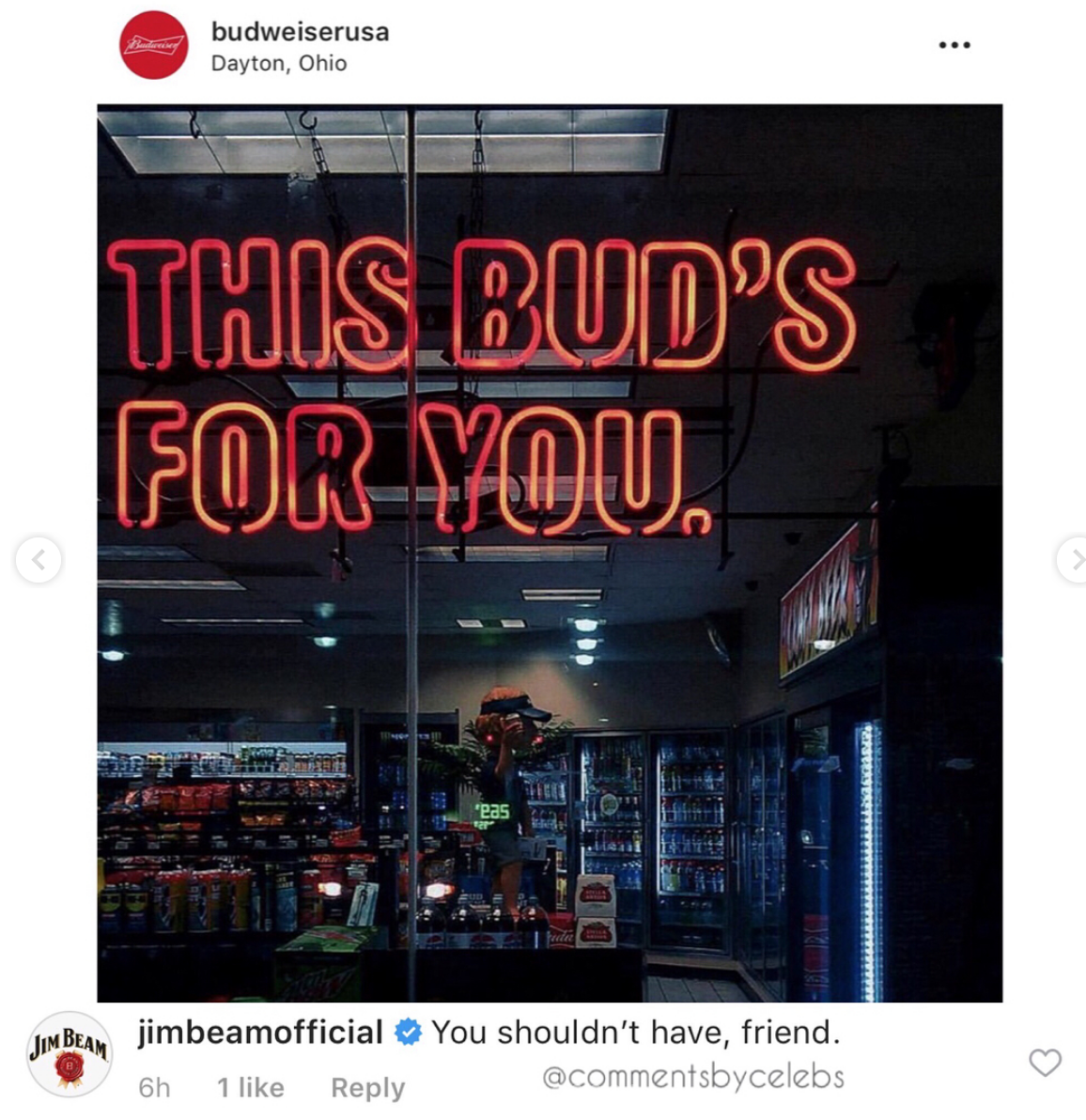 Budweiser and Jim Beam have been partners in bars across the country for years, but they made their alliance official this fall with a co-branded beer. The “Copper Lager” is aged in Jim Beam barrels, and the fall release is reportedly to celebrate the 85th anniversary of Prohibition’s repeal. But it might be their clever joint marketing that really shows off the team work at play. The bourbon and beer brands appeared together in a paid post on the popular Instagram CommentsByCelebs—which, yes, posts about celebrities’ comments on one another’s’ Instagram posts. The smart ads played with the concept, showing Jim Beam and Bud commenting on each others’ posts like old friends, prompting real comments from followers like, “normally hate ads, but this is cute,” and “This is the greatest most organic ad I have ever seen. 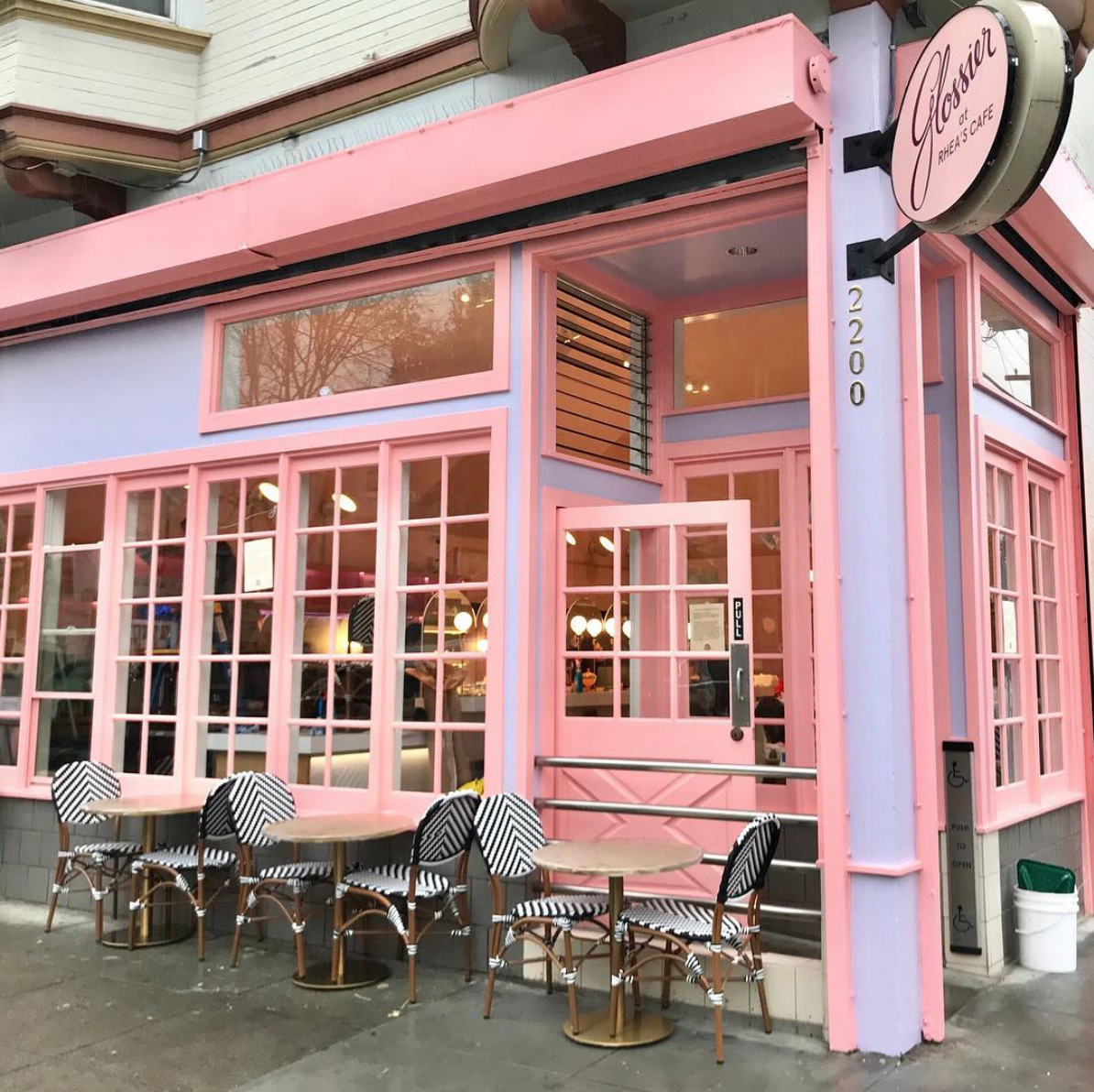 This spring, Glossier turned a popular deli into a limited-run pop-up experience. The beloved cult-beauty brand took over Rhea’s Café in San Francisco, where customers could temporarily order a Korean Steak Sandwich and try on Glossier lip balm at the same time. Glossier products were displayed throughout, and though the café’s owner told Eater he “thought it was insane when they first approached” him, the experiential marketing move proved to be a creative win for both. The out-of-the-box team up proved that brands looking for offline presence don’t have to look within their own category for potential mates. 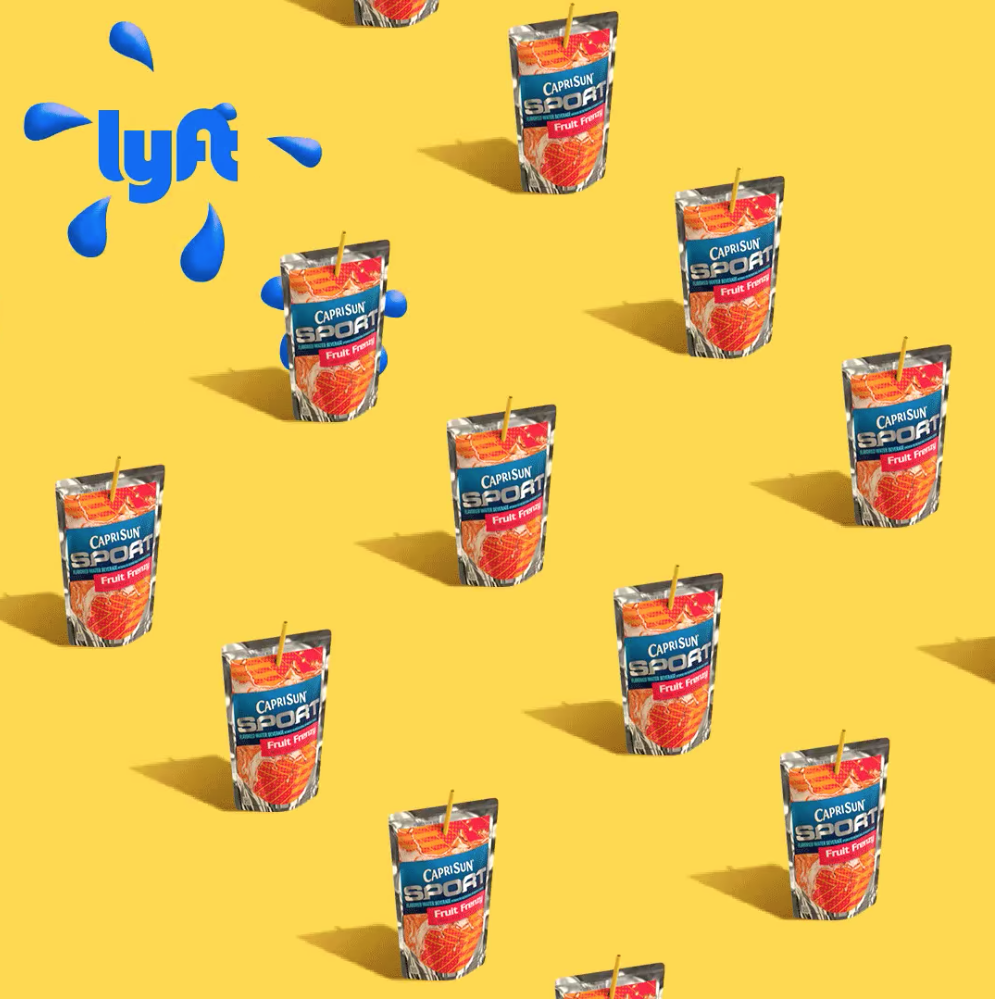 An episode of Insecure had the internet begging Capri Sun and Lyft to team up—so they did. After the main character  on HBO’s Insecure (played by Issa Rae) became a Lyft driver and had the bright idea to stock her car with the nostalgic juice pouches, Twitter erupted with enthusiasm for the idea. Lyft listened and made a special code (“CapriSun”) that when input into the app, turned all cars into CapriSun pouches on users’ screens. Playing off the buzz, CapriSun also polled their followers on which flavor pouch they’d most want to see in their ride.