Supreme Helped This Unlikely Brand Sell Out on The Viral List 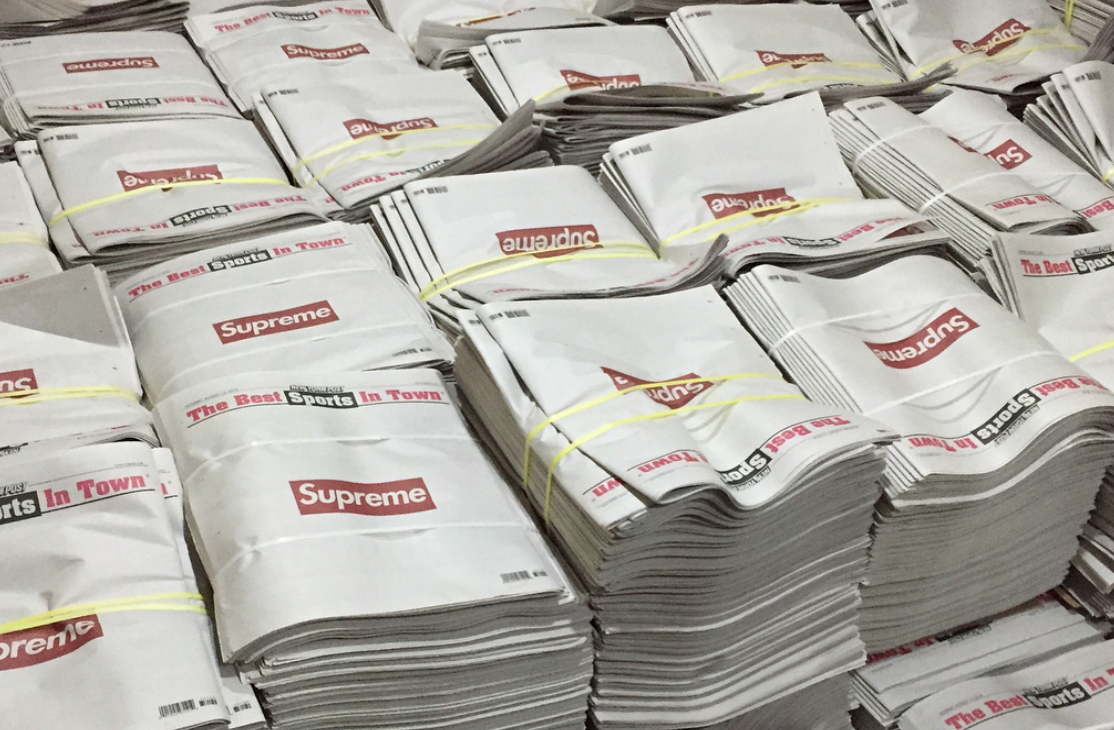 Supreme’s unlikely collab has hypebeasts raiding bodegas, Millennials are murdering mayo (apparently), a bathing suit has a cult following and crazy-long waitlist, and more stories that shook the internet this week…

1. Supreme Slaps Their Logo on A Newspaper & It Sells Out

Supreme has done it again—turned an unlikely item into a coveted collector’s piece. Last time, it was bricks and subways cards; this time, it’s newspapers. The cult streetwear brand teamed up with the New York Post to promote their latest look book drop, taking over the newspaper with their iconic red logo—printed just once on each side. Needless to say, hypebeasts everywhere had a heyday, with any who were lucky enough to be New York-based buying out copies at their local bodegas. Like other Supreme merch, the papers were then upsold on eBay for ten times the original retail price. Supreme is proving the power of a Brandom once again, all while boosting the NYP’s sales and bringing in new customers. One 18-year-old even told the New York Times, “This is the first time I ever bought a newspaper.”

2. Millennials Are Accused of Killing the “Taylor Swift of Condiments”

When Philadelphia Magazine published a think-piece titled “How Millennials Killed Mayonnaise,” it’s unlikely they expected the uproar that ensued. The author bases her assumption off personal anecdotes (her own mayonnaise-based macaroni salad was “shunned” at family events), and uses stereotypes to prove her point about the hypocrisy of “young people who willingly slurp down eight kazillion kinds of yogurt, not to mention raw fish and pork belly and, yo, detergent pods.” Twitter mostly rejoiced over the death of mayo (remember when they were disgusted by mayo ice cream?) while publications looked to the facts to find out if Millennials’ “raging mayophobia” is real. Business Insider reports that mayonnaise sales indeed fell 6.7% from 2012 to 2017 as more young consumers opt for alternative condiments.

3. This Best-Selling Bathing Suit Keeps Selling Out and Racking Up Waitlists

Swimwear startup Summersalt is clearly doing something right. Their one-piece suit, called the Sidestroke, has sold out 25 times this year. The brand created a waitlist after the 25th time which quickly amassed over 7,250 patiently-waiting potential buyers. Summersalt came onto the competitive bathing suit scene and quickly won headlines, like Business Insider’s “We tried the $95 designer swimsuits that you’re going to see at beaches everywhere this summer” and Forbes’ “Can Swimsuits Actually Make You Feel Empowered?” The answer to the latter question is, apparently, yes. The eco-friendly brand has amassed a cult following by ditching the “oversexualized approach” the founder thinks most swimsuit brands have taken, and instead opted for “showing women [who are] still beautiful and aspirational but real.” By the way, the Sidestroke bathing suit is back in stock on their site…for now.

4. The Ad YouTube Removed for Being Too “Shocking” Is Now Going Viral

YouTube accidently handed The Nun the best marketing campaign they could ask for by taking down the movie’s jump-scare ad, citing “violent and shocking content.” The Verge reports that the movie is getting tons of free press for its short and scary trailer. @bbydvas wrote the tweet that set off the series of events: “WARNING! If you see an ad on youtube with the volume sign being turned down and nothing else, ITS A JUMPSCARE for the new NUN movie coming out. i advise you look away and/or turn down the volume if you have anxiety or just straight up hate jumpscares, pls rt to save a life.” The tweet received over 152,000 likes and 137,000 retweets, with YouTube responding that they removed the ad, according to Deadline. Meanwhile, some are predicting The Nun will be a “smash hit” because of the controversy. 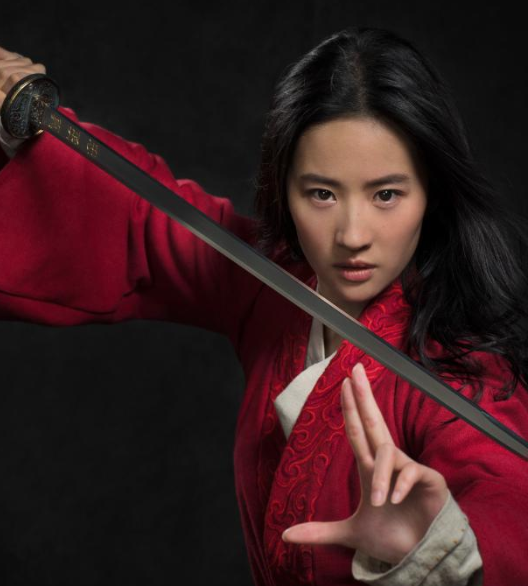 Ruby Rose shut down her Twitter because of backlash to her new role as Batwoman.

The first sneak peek at the live-action Mulan movie has fans hyped,

but people are not happy that Disney cast a straight actor to play their “first significant gay role.”