Gen Z & Millennials Do Not Agree on These 20 Food Brands 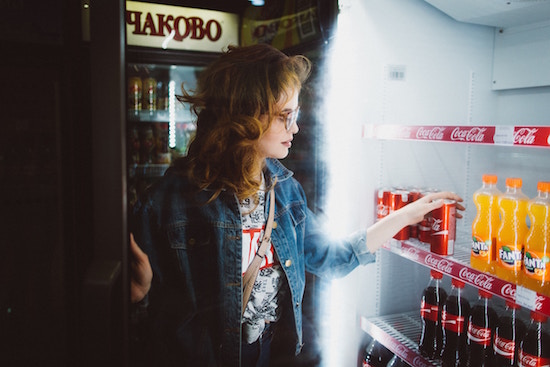 As the conversation around Gen Z continues to heat up, we’re often asked how Millennials and Gen Z differ. Obviously, the two generations grew up under different circumstances and with different tools, and we see a variety of differences between their values and their beliefs as a result. We’ve also previously identified generational shifts across a number of the categories that we track within our monthly and quarterly trend surveys, from video consumption to fashion preferences. But our brand tracker, Ybrands, also reveals that various brands are performing very differently across these two youth generations.

Ybrands launched in January of this year, and has since collected 34,490 interviews that tell us how young consumers feel about more than 230 of the brands in their lives. Of all of the industries that we track, there is no industry that is more dynamic than the food industry. We’re currently tracking 74 CPG, QSR, and Casual Dining brands and have interviewed more than 18,000 people about how they feel about these brands. We’ve had a look at the Yscore rankings* across all 74 food industry brands, and found that many brands are facing a generational cliff between Gen Z and Millennials. Here are 10 food brands who are favored by one of the generations, and not the other: 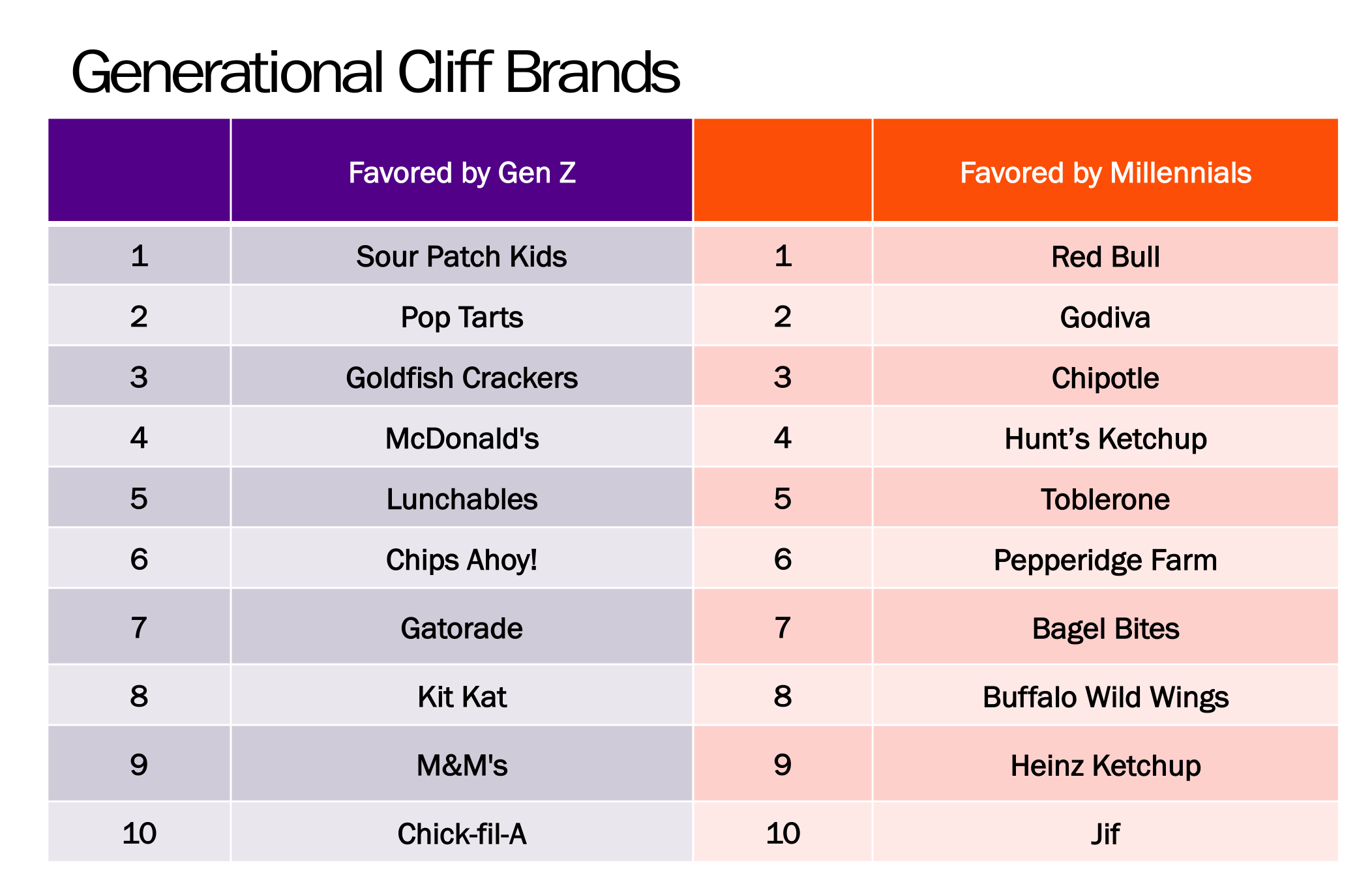 *Yscore: A proprietary metric that measures young consumers’ relationship with a brand based on a weighted 6-point scale, ranging from “Never heard of this brand” to “This brand is one of my favorites.” The brands here are ranked according to the discrepancy between their Yscores amongst Millennials and Gen Z, with the largest differences ranking highest. The brands on these lists are among the 200+ brands included in the brand tracker as of publishing. Rankings are subject to change as more brands are added and removed.

Let’s start with the obvious: there are fundamental differences between people in their teenage years and people in their mid ‘30s. We consistently see brands like Sour Patch Kids, Pop Tarts, Goldfish Crackers, and Lunchables being rated higher among members of Gen Z (13-17-year-olds). To give you a sense of magnitude, Sour Patch Kids are ranked #6 of the 74 food brands among Gen Z and #23 among Millennials. Pop Tarts is #4 for Gen Z and #13 for Millennials. Goldfish Crackers lands at the #8 position for Gen Z and #15 for Millennials. Lunchables lands at #22 for Gen Z, sliding 16 places to #38 for Millennials. Several of these brands favored among Gen Z could be attributed to life stage (and faster metabolisms).

Let’s switch to looking at where Millennials over-index versus Gen Z: Red Bull, Godiva, Chipotle, Hunt’s Ketchup, Toblerone, Pepperidge Farm, Bagel Bites and Buffalo Wild Wings. While it’s great to be popular, these brands are all headed for a day of reckoning as Millennials age up and out of their category while Gen Z fails to pick up the torch. While these brands might expect Gen Z to naturally age up and into their loyal consumer group, there’s a good chance that their lack of affinity could open the door for an upstart to capture their attention before that happens.

You might be a little more concerned if you were the head of marketing for Red Bull or Bagel Bites. If teens aren’t drinking Red Bull and eating Bagel Bites, who is? This could be the case of a brand that saturates the airwaves for a decade, brings an entire generation into their tent, and then dramatically pulls back on spend, only to miss the next generation coming swiftly after.

But here is one brand that is disproportionately favored by Gen Z that we can’t simply attribute to life stage: McDonald’s. Here’s a chart of how McDonald’s is faring across the two generations, which is pretty good news for the folks in Oak Brook: 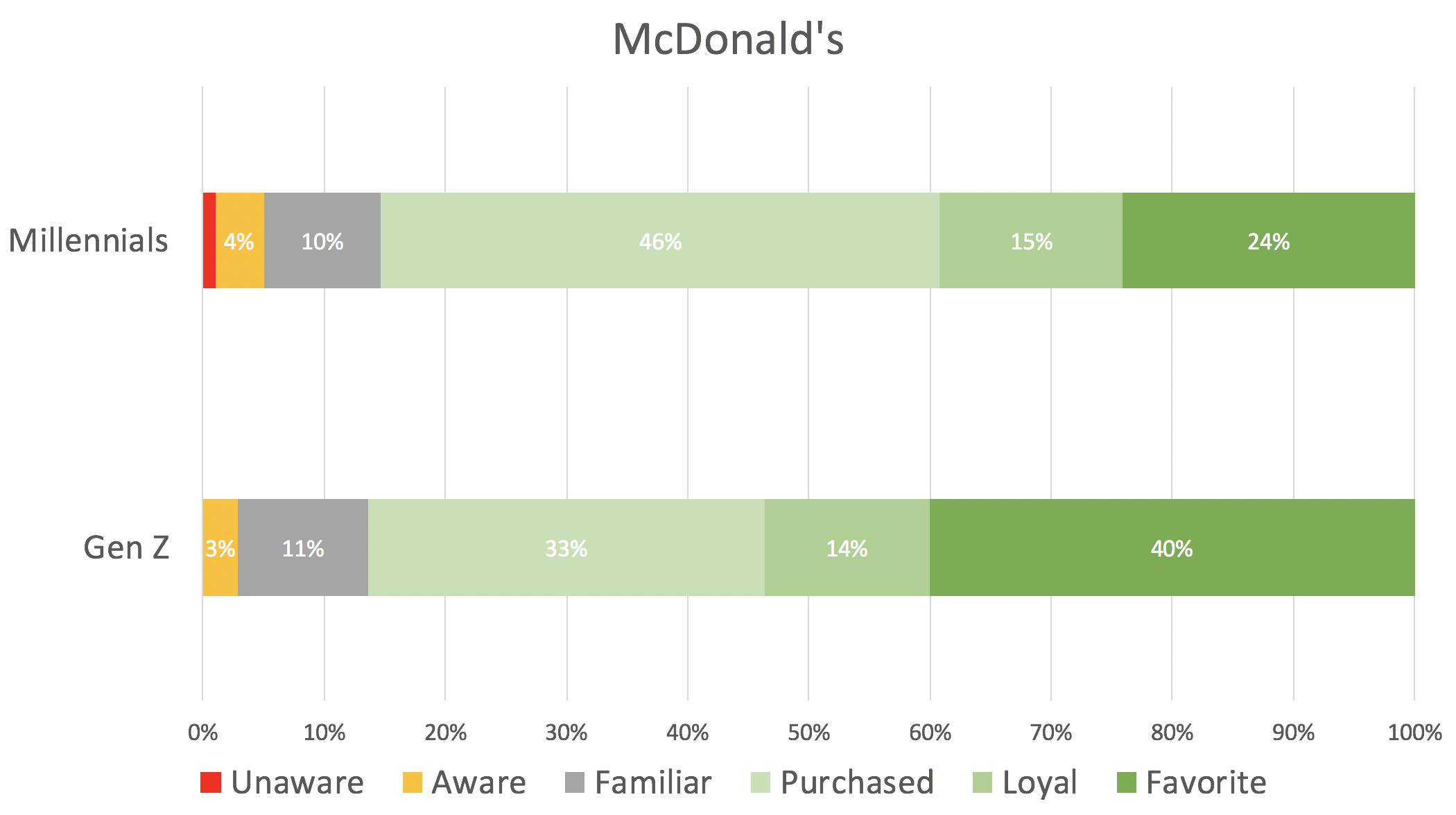 Gen Z is more likely than Millennials to say that McDonald’s is one of their favorite brands, by far. But while Gen Z is favoring McDonald’s, Millennials are favoring Chipotle. A recent Ypulse monthly survey found that 58% of 18-35-year-olds would rather eat lunch at Chipotle than McDonald’s. And according to our brand tracker, they’re more likely to say the brand is a favorite, and that they have purchased from them as well: 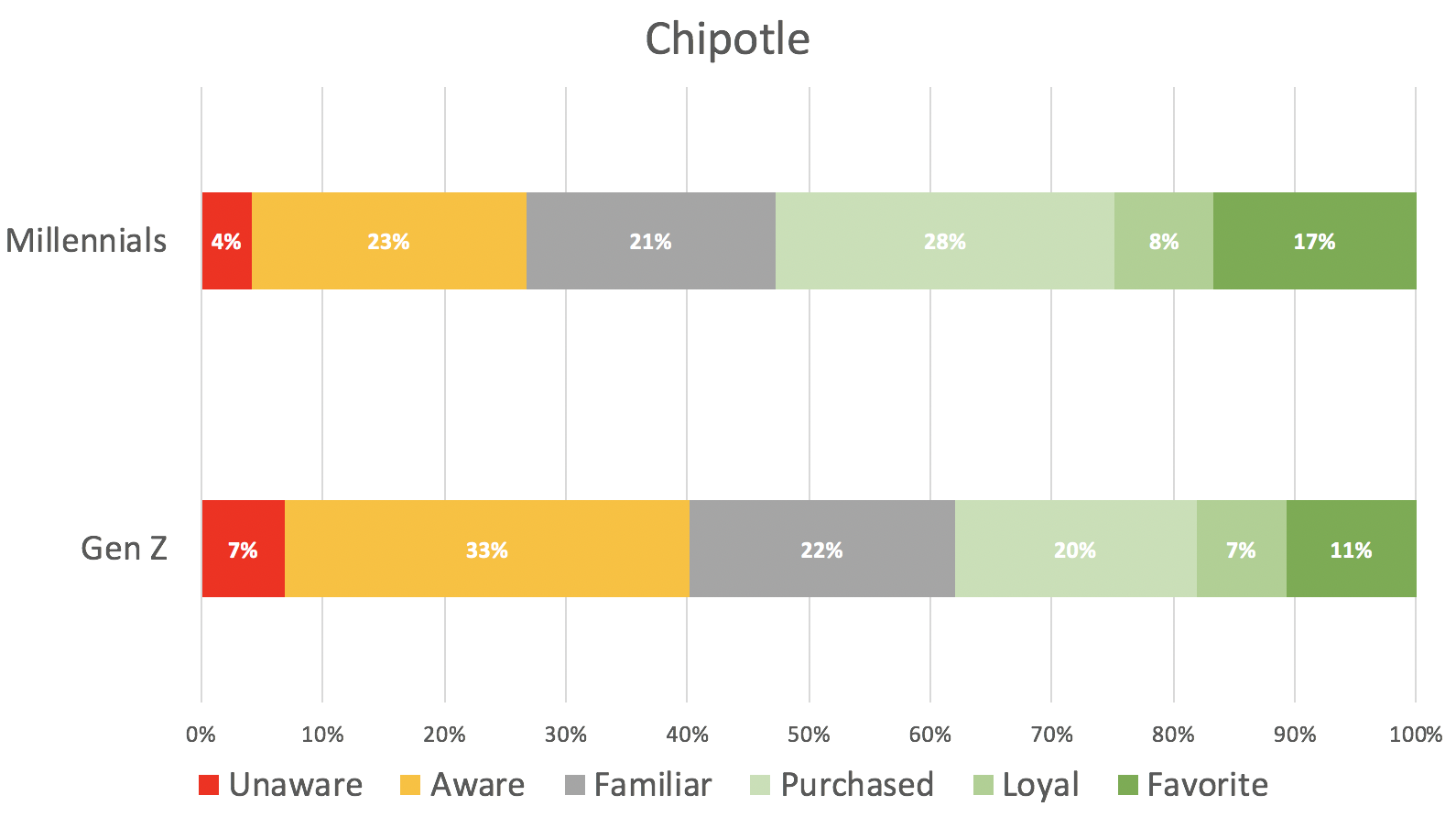 This once darling of the QSR space (and stock market) has fallen on hard times, and if this is any indication they have their work cut out for them in converting Gen Z consumers. The problem with the “we’ll talk them into coming back” strategy is that while Chipotle was talking Millennials into coming back, Gen Z failed to make their first visit. Maybe Gen Z’s parents refused to introduce them to a restaurant that was dealing with one health issue after another. Maybe Gen Z saw that the brand was speaking to someone else and failed to pay attention.

Either way, all that marketing and advertising spend from five, 10, or 20 years ago is just water under the bridge—unless you’re actively promoting your brand to the next generation of young consumers, sooner or later you’ll face the generational cliff.