Gen Z Thinks This Is the Biggest Problem Their Generation Faces 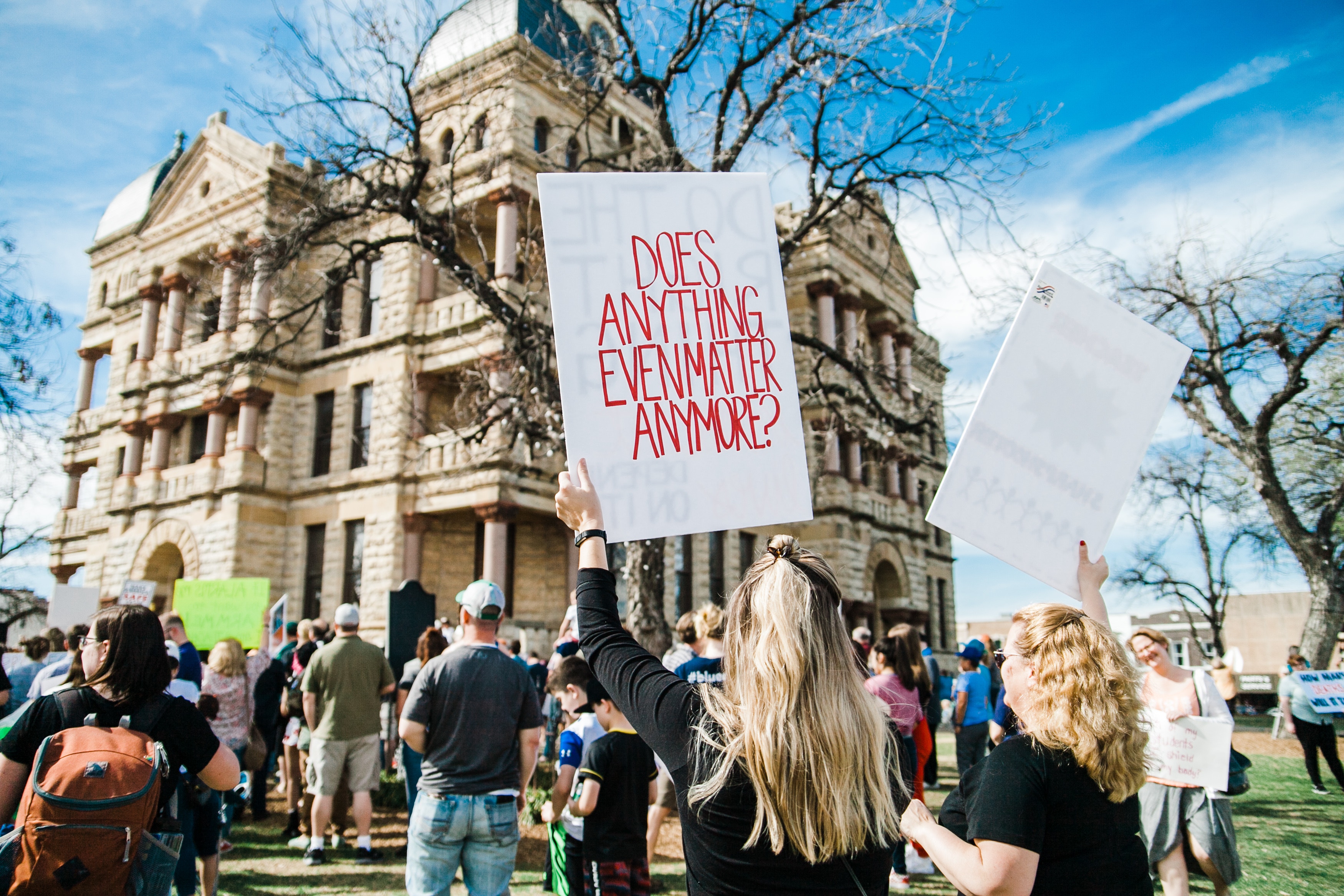 They’re the most diverse generation ever. They don’t remember a time before the recession. And this is what they believe is the biggest problem they face right now…

When we compared today’s Gen Z teens with Millennials last week, we found some striking differences in their media consumption, fashion preferences, and passions. But we also found something else: Gen Z is more worried about the future than the older generation. Seventy-six percent of 13-17-year-olds tell us they agree with the statement, “I feel anxious about the future,” compared to 70% of 18-35-year-olds. Interestingly, their own futures they feel fairly confident about, with 82% of teens saying they feel optimistic about their future personally (on par with Millennials). However, the larger picture is more worrisome for them: According to our recent survey on their thoughts on the U.S., 85% worry about the future of America, and 66% believe that America is changing for the worse. Those concerns could be why 77% of 13-17-year-olds tell us they often worry about things they cannot control, compared to 66% of Millennials.

Anxiety among teens continues to rise. A recent study from the National Survey of Children’s health found that anxiety diagnoses among 6-17-year-olds rose 20% from 2007 to 2012. Some of the rise may be attributed to increasing awareness of mental health, but there’s more to it than that. One expert explains that teens are “growing up in an environment of volatility” and “that anticipates catastrophe.” It’s no wonder Gen Z is so involved in causes and activism—it all hits home for them. They’re a generation that doesn’t remember a time before the recession, with over 60% of teens telling us that’s the case. They’re also the most diverse generation ever, and navigating a world that doesn’t necessarily welcome their diversity. In short, they’re no strangers to facing serious challenges and adversity, and witnessing true hardships.

When we asked young consumers to tell us the biggest problem their generation faces right now*, we got to the heart of Gen Z’s worries. Here’s what they see as the largest issues they’re up against:

*This was an open-end response question to allow us to capture the full range of issues that 13-17-year-olds believe they are facing—without our preconceived ideas shaping their responses. As with any qualitative question, the responses include those that are top of mind and those that are most concerning. The list is ordered according to number of responses received, and alphabetically when ties occurred.

What do you think is the biggest problem your generation faces right now?

The problem named by the most Gen Z respondents was racism, reflecting their position as the generation on the edge of the Diversity Tipping Point. In fact, half of 13-17-year-olds tell Ypulse that they think racism in the U.S. is getting worse—with 21% saying they think it’s getting much worse. Recent news stories give them little reason to feel differently. But this concern is felt even more strongly among non-white respondents, and it’s important to remember that Gen Z is the first generation to be majority non-white. Census Bureau data shows that only 51% of those under 15-years-old are white, and children under five are 51% minority. To compare, 55% of Millennials, 60% of Gen Xers, and 72% of Boomers are non-Hispanic white. That means that racism is an issue that they are dealing with directly, in their day-to-day lives, perhaps more than any previous generation.

Several of the top issues they believe they’re facing reflect Gen Z’s feelings about politics. President Trump is number three on their list (he was number one among Millennials last year), and partisanship is number seven. It’s not hard to see that they’re frustrated with the current state of politics, and, like their Millennial predecessors, are feeling a lack of faith in the government.

We also see their position as the post-recession generation actively at work in their fears and concerns. Student debt and lack of jobs are two of the biggest problems they believe they’re facing, even in a time that the economy is believed to be on an upswing. The fear that another recession or wave of layoffs could be right around the corner was baked into this group at a young age, and it’s not a state of mind that they’re likely to grow out of.