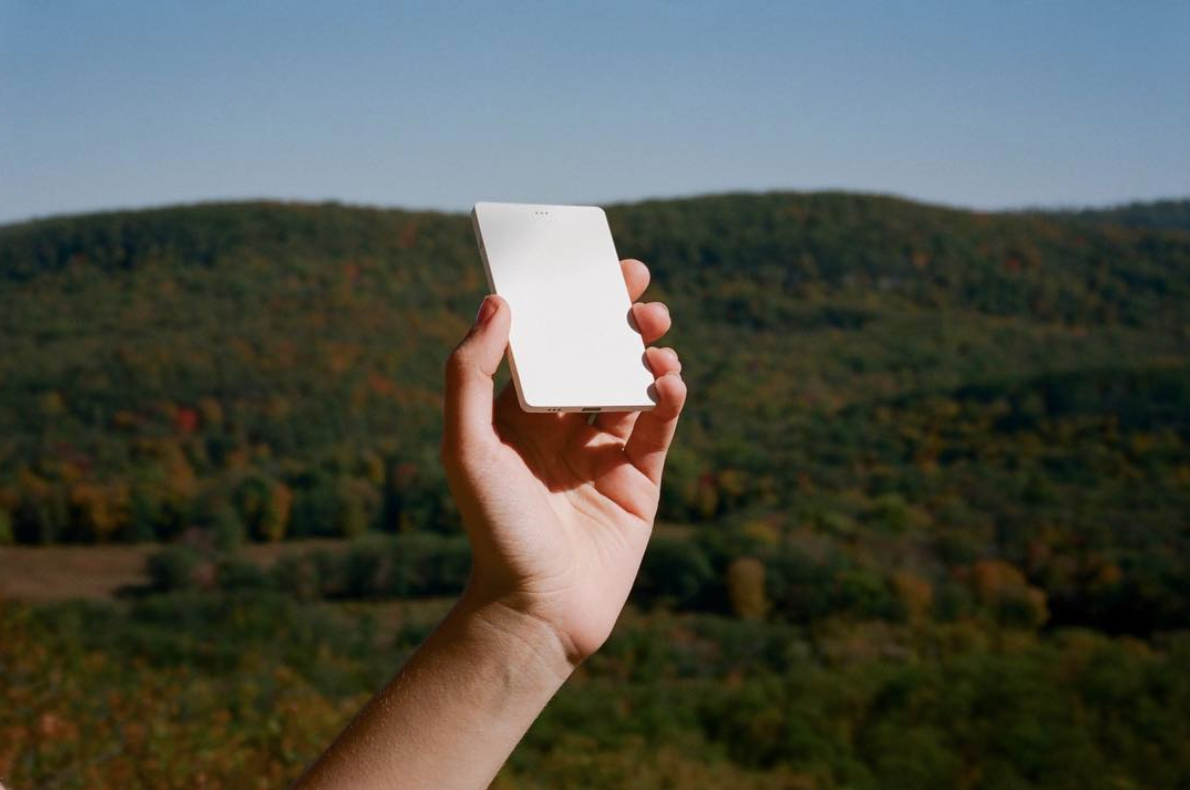 Millennials & Gen Z aren’t afraid to admit it—they’re addicted to their smartphones. Could a credit-card-sized, not-so-smart phone reverse their slide into Black Mirror-level tech use? We talked to The Light Phone’s CEO & co-founder to find out…

Tech addiction is real, and unsurprisingly, young consumers struggle most. Ypulse data shows over two in five 13-35-year-olds say they’re addicted to social media and six in ten say they’re addicted to their phones. So they’re questioning the role of smartphones in their (and their kids’) lives, seeing them at best as useful tools they use too often and at worst, the beginning of a dystopian future à la Black Mirror. In reaction to the digital overload, many are seeking digital detoxes, applying their minimalist outlook to their devices. Adweek reported that one camp requires campers to put away their devices for four days and engage in fitness activities, while NYP highlighted the vacation companies that confiscate travelers’ smartphones and sell out their trips as a result.

Tech and social media companies are reacting to the backlash, creating controls they hope can curb concerns while keeping customers clicking. Apple fleshed out their parental controls while Facebook changed their newsfeed algorithm to reduce time spent, which could trigger ripples in an industry that abides by the mantra: “the more screen time, the more revenue,” reports the Wall Street Journal. And most recently, Wired took a deep dive into Google’s new collection of Android features that they’ve dubbed “digital well-being.”

But while major companies are trying to undo their damage, smaller companies are rising up to tackle the problem head-on. One such company can thank a Google incubator for its birth, where two employees came up with the idea for minimal, new “dumb” phones. The Light Phone launched its first version of the anti-smartphone in 2015, a device that could only make calls—and over 10,000 were sold, according to Business Insider. Now, they’re preparing to debut The Light Phone 2, a credit-card sized device with a Less is More aesthetic and more functions that could make it a viable smartphone stand-in.

We wanted to know more about the smartphone alternative fighting the good fight against tech addiction, so we spoke to the company’s co-founder and CEO: Kaiwei Tang. He gave us the rundown on the state of tech today, how the mental wellness trend plays into it, and how the next generation could be our society’s silver lining:

Ypulse: What sparked the idea for The Light Phone?

Kaiwei Tang: My co-founder Jill and myself both jumped into this incubator that Google started four years ago specifically for designers. The whole premise is that they think designers would create a product that would create social impact. We were encouraged to create a mobile application, but I think very soon we realized that was the last thing we wanted to do. During our research, we looked into how people interact with technology, specifically this piece of technology that we have on-hand. We just don’t feel like that should be our only option. Technology is moving us into a more connected life, but there has to be a balance. So, we wanted to create something that would encourage people to live in the moment. That’s when we came up with The Light Phone.

We’re not trying to say that technology is bad, but sometimes all you want is to take a break. Why do you need a mini computer or entertainment device with you all the time? The Light Phone is a different option that encourages people to take a break—which we never do now.

YP: Do you think smartphones are addictive?

KT: I think it’s the applications. The business model of the whole ecosystem is addiction-driven. Technology is supposed to be a very efficient tool for you to get stuff done and move on and live life, and now it’s the opposite. They’re all trying to keep your attention in the device and in the app so they can make money. We need a different option. 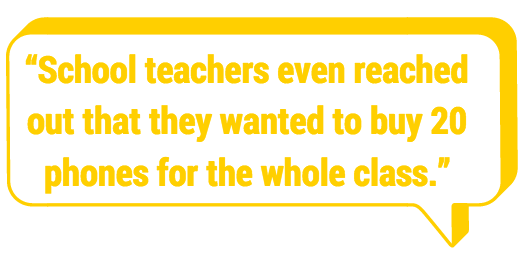 YP: Who is the main audience interested in The Light Phone?

KT: Our core customers are overwhelmed smartphone users that are looking for a way out, for an escape, and for different options. One group is parents trying to find a phone for their kids before their kids are ready for smartphones. School teachers even reached out that they wanted to buy 20 phones for the whole class. This surprised me. We didn’t design The Light Phone for kids, but it’s now become a use case that has emerged. Another group is outdoorsy people. They’re taking The Light Phone when they go running, biking, climbing, or hiking.

YP: What is your opinion on kids’ relationships with smartphones today?

KT: In my personal opinion, smartphones are on par with alcohol and drugs because they create dopamine in your brain. Notifications and alerts keep you addicted. Instead of giving the next generation the whole toolbox for them to explore, I think it’s better to introduce tools individually. What we’re doing right now is we’re giving them smartphones and expecting them to have self-control when we don’t even have self-control. We’re staring at screens all the time, and we’re expecting kids to limit their usage.

Giving them guidelines, like limited use time, is just a temporary fix. Every single app and every single notification is still living in that phone, and the purpose of those are still trying to steal your time and attention. Kids are especially vulnerable to those dopamine-creating apps.

YP: Do you think the recent backlash against social media platforms (like #DeleteFacebook) is a wakeup call for people?

KT: I’m optimistic right now because I think the next generation is more conscious. I’ve been getting emails from high school kids, like a teenager who got The Light Phone and said that it reminded her to look up and see her friends instead of looking down at her phone. The next generation can sense that something is wrong. This whole movement means that people realize what is happening and are more cautious about how they use social media. We’re realizing that something is wrong in terms of how we interact with this tiny screen we have with us 24/7. And we’re considering the impact of social media, the anxiety it causes, and the dopamine that is created to keep us hooked.

YP: Do you think the mindfulness/wellness trend is part of the reason more youth are lashing back against technology?

KT: We created The Light Phone to be intentional. Honestly, I do not think Light Phone is the solution, I think it’s a question. We ask you to imagine if you decided to leave your smartphone, leave your internet, and leave your social media at home and go out for walk in the park with no disruptions. With nothing for you to check, to swipe, to like, or to comment. The question is what are you going to do? What is important in your life? What do you want to think about? What’s your motivation to do things? I think it’s really important for us to be conscious, intentional, and mindful.

And potentially being bored is healthy. Boredom is a source of creativity and a source of productivity, but we don’t have that anymore. Now, once you got bored, you take your smartphone out and you swipe away. It’s really important to have time to talk to yourself, to think about the purpose of your life and your actions. To me, it’s really critical to humanity. Smartphones, the internet, and social media notifications are getting in the way, and it’s about time for us to do something about it. 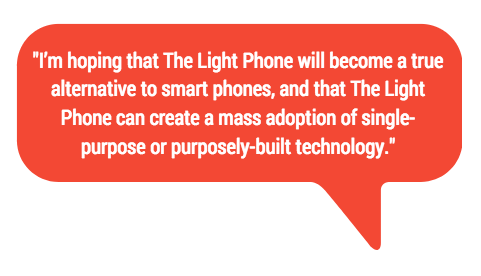 YP: What’s the next step for The Light Phone, and where do you see this going in the future?

KT: I’m hoping that The Light Phone will become a true alternative to smart phones, and that The Light Phone can create a mass adoption of single-purpose or purposely-built technology. In the meantime, we’re not against technology. I’m hoping that through these movements, like The Light Phone and #DeleteFacebook, that we can realize we’ve just gone too far. There’s a better way to create revenue. We need to think about consequences. In my opinion, the smartphone phenomenon is going to go away because it’s not human. When we feel that a device isn’t human, we are going to naturally reject it. Tech has to be invisible, intuitive, and it cannot get between our human interactions and real life. 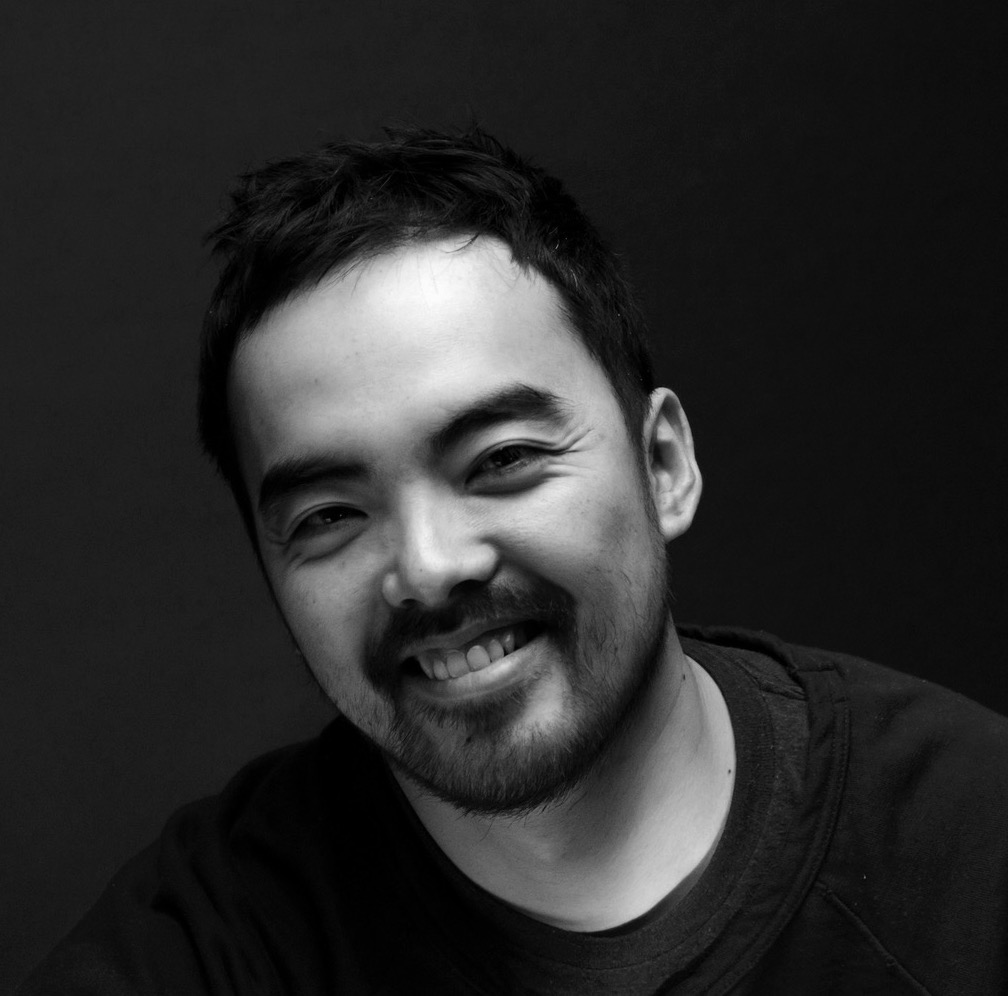 Kai is a designer and entrepreneur. He has 10 years of experience in design, product development, and human-centered research. His works have been featured in Samsung Innovation Center, Mayo Clinic Center, Gdynia Design Days, Time, CNN, the Wall Street Journal, and more. He is a pioneer within the mobile phone industry, leading the development of such iconic cellphones as the Motorola. He has a master’s degree in both Design and Business Administration from the Institute of Design in Chicago.

In 2014, Google invited him to participate in their inaugural design incubator in NYC. Their hypothesis was that because design was at the core foundation of the most successful technology companies, not an afterthought, designers given proper resources and education could create new kinds of start-ups to drive social impact.

He is also the first and only designer that received the full sponsorship from Google for the incubator. The Light Phone was one of the concepts he developed and it’s now the most successful start-up that has emerged from the program.