Crock-Pot is facing a PR nightmare and This Is Us is to blame, a fan-made Friends movie trailer generated millions of views, a British blogger and a hotel are engaged in a heated feud, and more stories causing waves on the web… 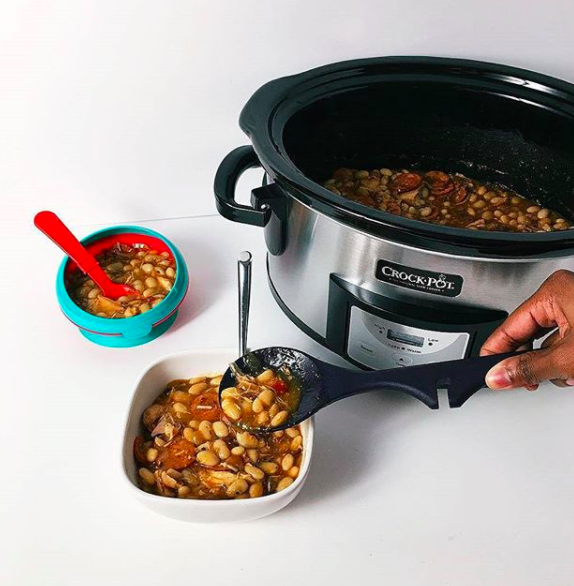 This Is Us Sparks PR Nightmare for Crock Pots

Crock-Pot, the brand behind a once-beloved kitchen staple, is in the midst of a PR nightmare—and they have NBC’s This Is Us to blame. In its latest episode, the hit series (warning: spoilers ahead!) finally reveals that a fire is responsible for the death of a main character. The culprit of that fire? A faulty slow cooker. To say fans didn’t take it well is an understatement, with many taking to Twitter to express their grief, anger, and plans to throw out their own Crock-Pots. The severe reaction led the company to put out a statement assuring consumers of their product’s safety standards, and This Is Us’s creator has also responded on Twitter: “Taking a moment to remind everyone that it was a 20 year old fictional crockpot with an already funky switch? Let’s not just lump all those lovely hardworking crockpots together.”

The Fake Friends Movie Heard Round the Internet

A Friends movie trailer that went viral this week, generating over 40 million views, has been revealed as a fake. The fan-made trailer, pieced together with clips “from the six leading actors’ subsequent projects to imagine what the gang is up to now,” was posted to a Facebook account with the recently updated name Funny Inc. The trailer fooled many, and nostalgia-craving fans collectively expressed their disappointment when the truth was revealed. Lisa Kudrow, who played Phoebe on the series, recently commented on the viral trailer on Conan, stating she isn’t on board for a reunion movie but that “something should be done.” 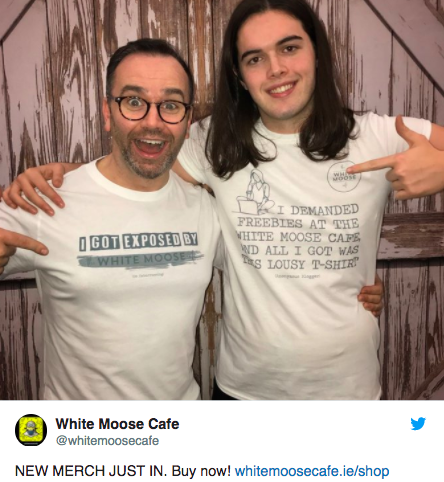 A British blogger and a hotel are locked in a heated battle that is making headlines. The trouble started when The White Moose Café in Dublin, Ireland went to Facebook to share an email they received from a blogger asking for a complimentary stay in exchange for exposure, and their lengthy response which included “If I let you stay here in return for a feature in your video, who is going to pay the staff who look after you?” The post has been shared over 4,000 times and after some sleuthing users were able to figure out that vlogger Elle Darby was behind the original email. Darby has since taken to YouTube to explain her side of the story twice, and White Moose Café has responded to the heightened interest by banning all bloggers from their hotel, holding a press conference, posting an invoice for Darby, and creating merchandise inspired by the feud. 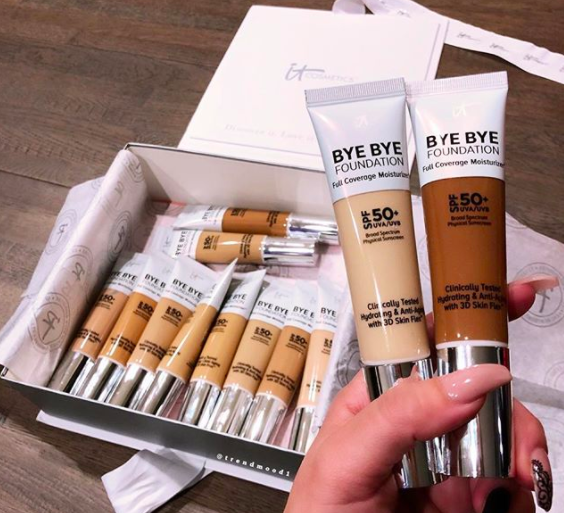 Top selling beauty brand It Cosmetics has released a new line of foundations and it’s off to a rocky start. Scheduled to be in stores next month, the brand’s new Bye Bye Foundation comes in only 12 shades, three of which cater to dark skin tones. Consumers are expressing their disappointment with the limited skin tone range, calling the brand out with tweets like: “Are you for real with the shade range?” and “Wow look no deep shades, can’t say I’m surprised.” If Rihanna’s highly-praised inclusive cosmetics line is any indication, diversity is not only a growing trend in the beauty industry but a feature that The Diversity Tipping Point generation expects.

Mattress Firm has become entangled in a conspiracy theory trending on Reddit, the star of Apple’s new iPad ad is rubbing the internet the wrong way, Burger King is educating consumers on net neutrality in a viral marketing stunt, and a line within episode six of Riverdale has inspired a new meme.