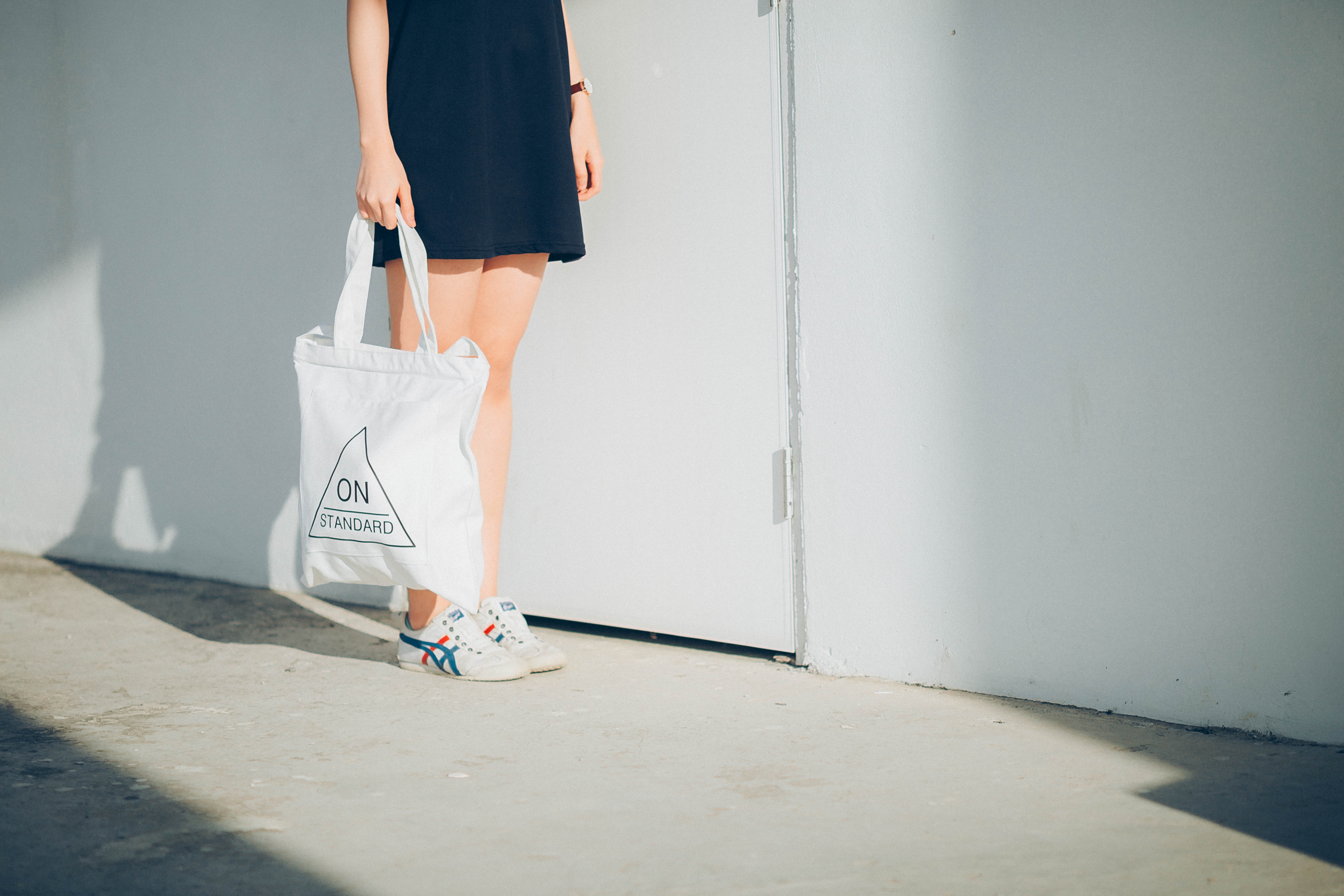 This year, retail was reshaped by some major trends, from the rise of indie brands to shrinking footprints and more…

It’s been a roller coaster of a year for retailers. With more bankruptcy headlines piling up, and young consumers continued to shift their spending away from traditional retailers. According to economist Diane Swonk, Millennials might be causing “a permanent shift” away from department stores—and this Black Friday and Cyber Monday were a sign of the change. According to the Retail Federation, 64 million consumers shopped both in-store and online over the Thanksgiving holiday, and older Millennials (25-34-year-olds) were the biggest spenders. But the New York Times reported that this year, 58 million only shopped online and 51 million only shopped in stores.

When we spoke to Beautycon’s CEO Moj Mahdara about the new generation of shoppers her “Coachella meets Sephora” event attracts, she shared her insight on the current state of retail, thanks to young consumers:

They are shopping online more and more. I think we are seeing that by the lower amount of traffic at malls and the fact that the big brands are working very hard to create an online presence…One thing that is certain is that young consumers aren’t rushing to brick and mortar store locations as past generations were. Retail store visits fell from 35 billion in 2009 to 17 billion in 2013, and every day we hear of more store closures. The world is digital now, and digital technologies enable more efficient use of square feet, as well as more consumer buying outside the store. But at the same time some reports are claiming that Gen Z and Millennials do want and enjoy going to a store, but more as an experience – music, interaction, etc. That is where we go back to creating an experience and engagement. I feel that physical stores need to be more inviting and creative to their approach to customers. This will definitely help attract the foot traffic.

She is not the only one who thinks so. This year, we saw retail shift in a variety of ways to try to adjust to this new norm. Here’s four of the trends that reshaped the industry in 2017: 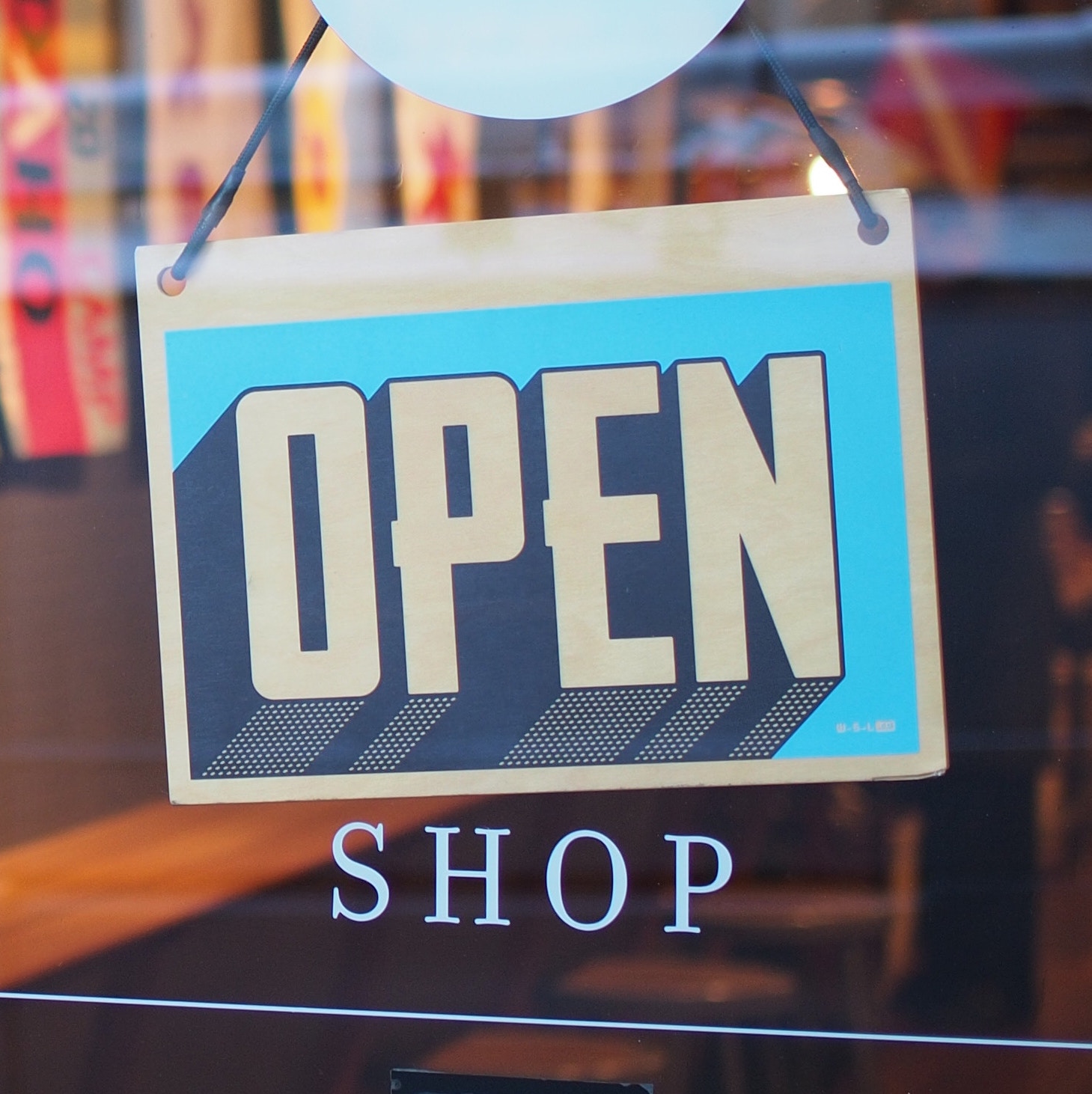 Here’s another reality Mahdara shared about the retail world today: “Consumers are clicking through after they see a YouTube tutorial or when one of their friends post something on a social media platform. This is evident when you look at highly successful brands including Lime Crime and Glossier, who ONLY sell online and are producing revenues of $500M plus.” This year, the real power of these indie brands really became clear. Glossy observes that 2017 has been independent beauty brands’ year, thanks to social media. Cult favorites like Glossier and Colourpop have seen their category’s sales surge 43%, according to the NPD Group, propelled by unboxing videos, influencer collaborations, and Instagrammable products. One editor made the point that “Social media is a hotbed of free consumer research,” which could be why 2017 has seen inclusive brands like Fenty Beauty go viral, and gender genreless makeup lines like Milk Makeup’s “Blur the Line” take off. It’s not just beauty brands seeing the shift. According to GQ, indie fashion brands are upending the fast fashion industry by reaching young consumers on Instagram, and undercutting original designers with knockoffs. While H&M and Zara’s sales shrink, brands like Represent and MNML are taking new trends and turning them around for public purchase at hyper-fast speeds, often producing eerily similar pieces to authentic, higher-end work. “Millennial clothing brand” Fashion Nova is being Googled more than Chanel, beating out some big brands with its low-cost, fast-fashion favorites. But this year, we also saw small brands’ success online lead to more of an offline presence—with traditional retailers trying to cash in on their popularity as well. For Neiman Marcus’s new Trending Beauty Shop, a 20-person “[M]illennial taskforce” scanned social media and other sources for the most popular indie beauty and lifestyle brands, tested out about 300 of them, and culled down the stock to 650 products from their favorite cult brands like Sunday Riley, Ouai, and HUM. Major retailers also made “If you can’t beat ‘em, buy ‘em” their motto this year, as they snatched up the fashion upstarts that have been chipping away at their business. Earlier this year, Walmart purchased online fashion womenswear darling Modcloth, and shortly thereafter, continued their e-commerce buying binge by buying men’s fashion site Bonobos. Of course, Amazon has also been rumored to be eyeing innovative fashion startups like Le Tote and Everlane. 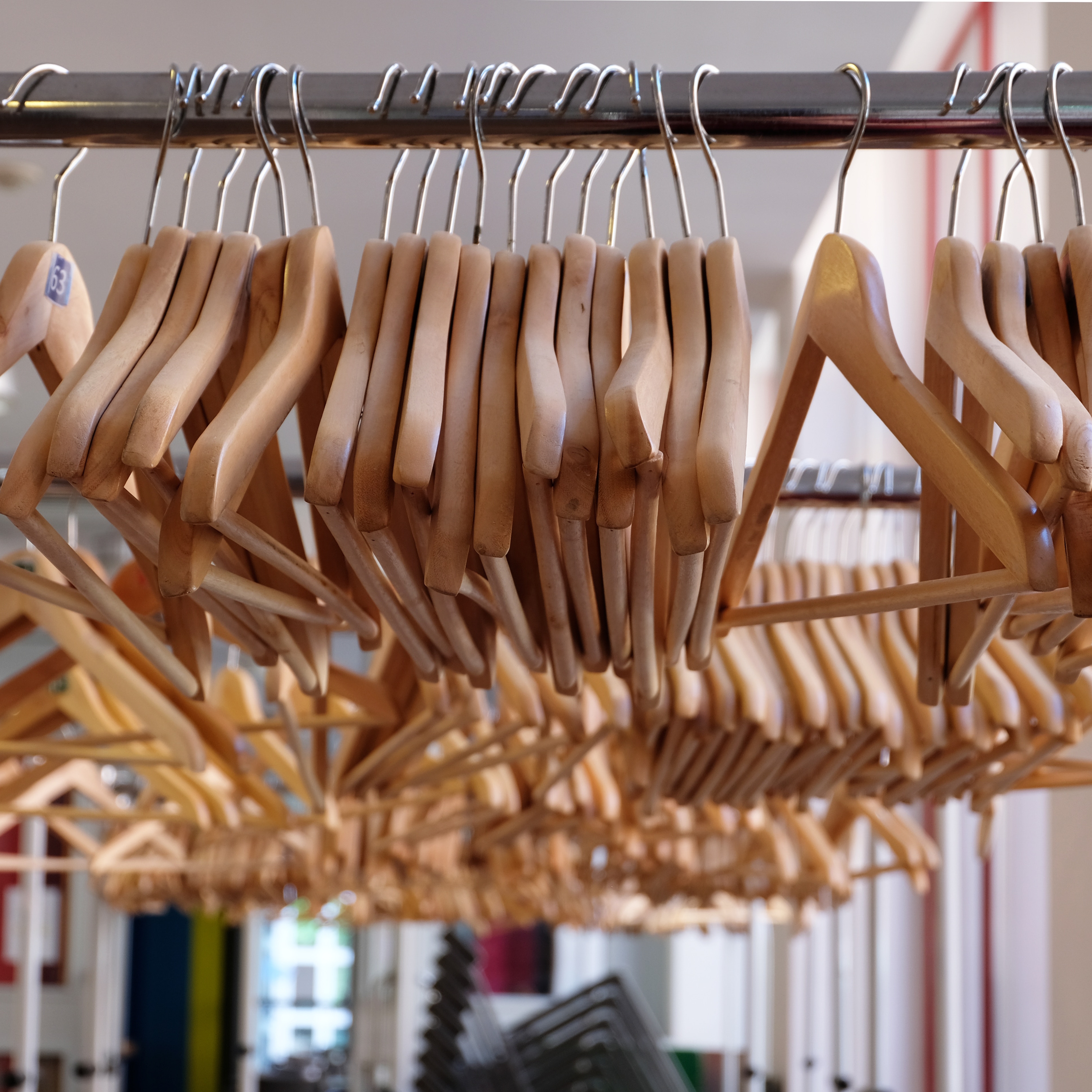 At the beginning of 2017, we predicted that more brands would slim down their brick-and-mortar offerings, and make the spaces they do have into more of an experience. The fact is, as conspicuous consumption has slowed, physical retail has become too big for its own good. With several thousand store closings happening this year, many are quick to blame rising online retailers—but Bloomberg View reports that the U.S. has more retail square footage per capita than any other nation, which has led many to be “overstored,” and impractical since “sport shopping, retail therapy, and conspicuous consumption” aren’t as prevalent as they once were. Lackluster shopping experiences are also a driving factor—a concept we discussed in our Experiencification trend. This year, we saw retailers cut the fat, and focus in on fewer, hopefully better, stores. Zara is one example: According to The Wall Street Journal, the retailer has been closing smaller stores to “stay ahead of its rivals.” They’re replacing them with larger flagship locations that “will contain full range of its collections, [and] will persuade customers to browse and ultimately buy more.” The brand is also expanding online, and integrating the two channels of shopping through in-store pick up or return of online purchases. For other brands, flagships disappeared in favor of smaller footprints. JC Penney, Ralph Lauren, Toys R Us, and Aeropostale are just a few of the brands abandoning their flagship locations, some even taking financial hits to break leases. E-commerce and social media have made the idea of the flagship as a brand-boosting status symbol/marketing tool unnecessary. Instead, smaller more “financially prudent” locations are being favored. 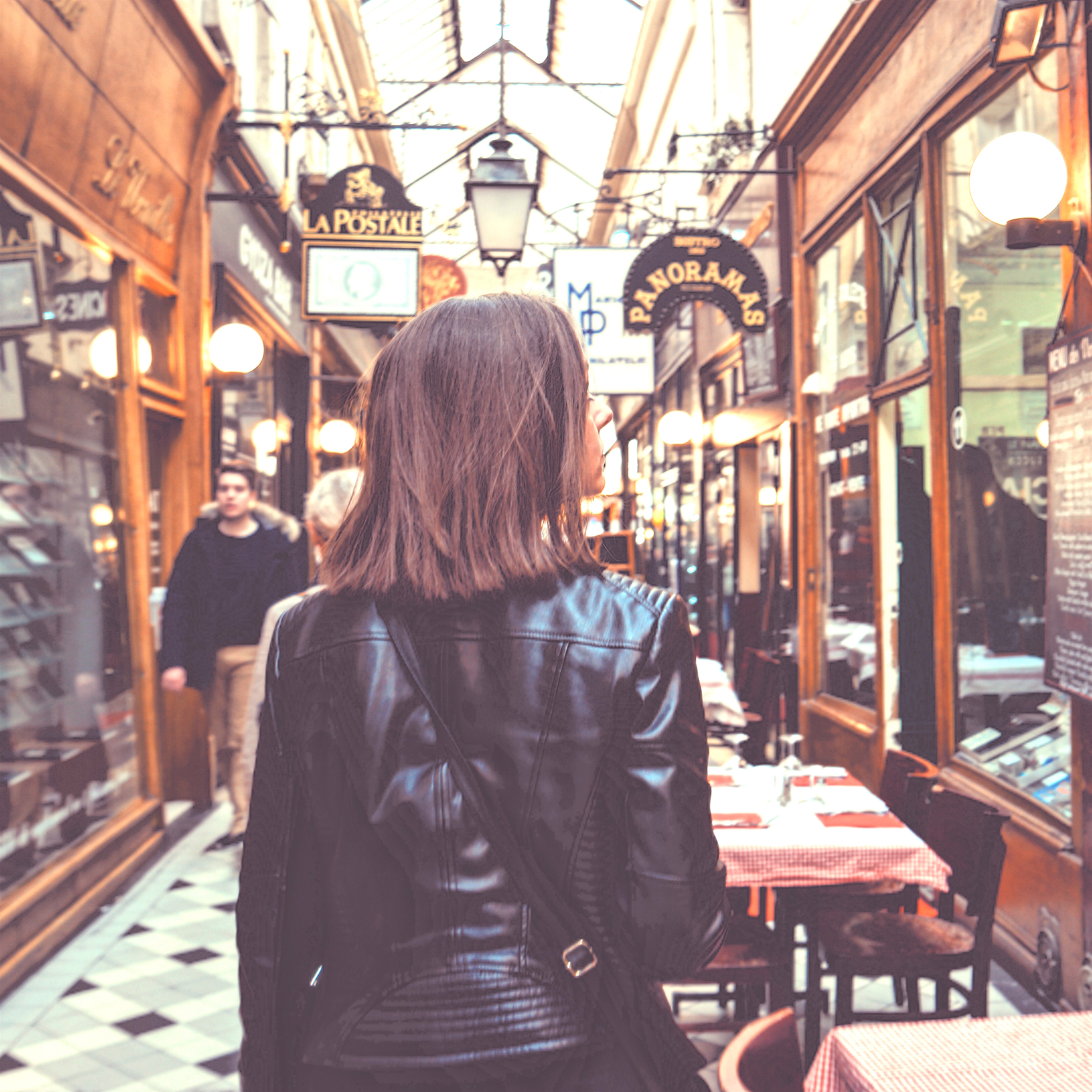 In 2014, we told readers about the burgeoning “Instagram Economy” allowing the online-famous to make big bucks by partnering with brands—and since then we’ve kept close tabs on the growth and evolution of influencer marketing. (See The Influencer Effect for much, much more.) But many brands have remained skeptical of its effectiveness, thanks to a lack of metrics for ROI. But this year we began to see real evidence that influencers are truly influencing young consumers to buy. According to Venz Box, sales on Liketoknow.it (an app that monetizes the products in social posts) rose 220% on Thanksgiving Day compared to the average day, while Black Friday drove three times the clicks from influencer content to retail sites. Influencers noticed the spikes in their affiliate and ad content too, with Venz Box emphasizing that influencers “are the new salespeople.” Meanwhile, Lyst reports that Bella Hadid, Selena Gomez, and Rihanna are 2017’s top style influencers, making the list by leveraging The Influencer Effect to cause the greatest surge in sales and searches. Dealspotr’s CEO observes, “Millennials now trust social media influencers more than their friends and family for fashion picks and recommendations,” and the company’s research reports that Millennials named influencers as their number one go-to when shopping for fashion, followed by their friends and family. Ypulse’s own research found that 40% of 13-34-year-olds (39% of 13-17-year-olds, and 40% of 18-34-year-olds) say they have purchased something that an online celebrity (blogger, vlogger, YouTuber, Instagrammer, etc.) has spoken about or recommended. Not an insignificant number. Makeup, clothing/accessories, skincare, books, and videogames were the top items that they were influenced to buy. 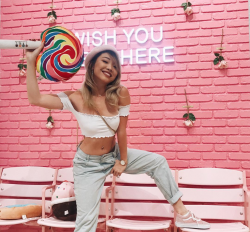 According to Ypulse’s Experiencification trend research, 56% of 13-33-year-olds (and 72% of 13-17-year-olds) say they would go to stores more if there was more to do there. This sentiment—and majorly flagging in-store sales for many, many brands—has retailers adjusting by integrating new experiences into stores. Toys R Us is one example: The toy retail giant recently declared bankruptcy, but according to Kidscreen they have a plan for a “marketing rebrand” to reel in today’s experiencification-loving young consumers. They’re adding “more interactive elements” to about 50 stores across the U.S., including Play Labs where kids and parents can test out toys before buying and “seasonal toy demonstrators.” One analyst says, “It needs to become a place where people want to go to be entertained and also to buy toys.” Even Disney, still beloved by Millennials, is stepping up their brick-and-mortar offerings. The tech makeover reportedly starts in select stores with a more modern aesthetic, products that are less “child-centric” for all-ages appeal, and LED screens that will livestream fireworks displays and parades from their parks. We also saw a slew of brands betting on more experimental stores as they tried to rethink brick-and-mortar experiences for young consumers. From Nordstrom’s small footprint Local concept, which serves wine and beer but doesn’t sell clothes, to Sephora Studio, the offering makeovers and facials along with AI assistants to show before-and-after looks and provide digital skin care guides. Forever 21’s new beauty/lifestyle store Riley Rose launched as a high-tech, highly-Instagrammable in-store experience with “digitally-focused features” like selfie stations and tablets for watching tutorials or checking out the latest social posts tagged #rileyrose. Experience is becoming more of a priority, and we’ll only continue to see in-store transform as time goes on. 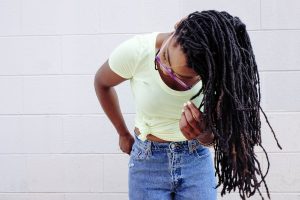