Who’s at The Bottom of the List of People Gen Z & Millennials Trust? 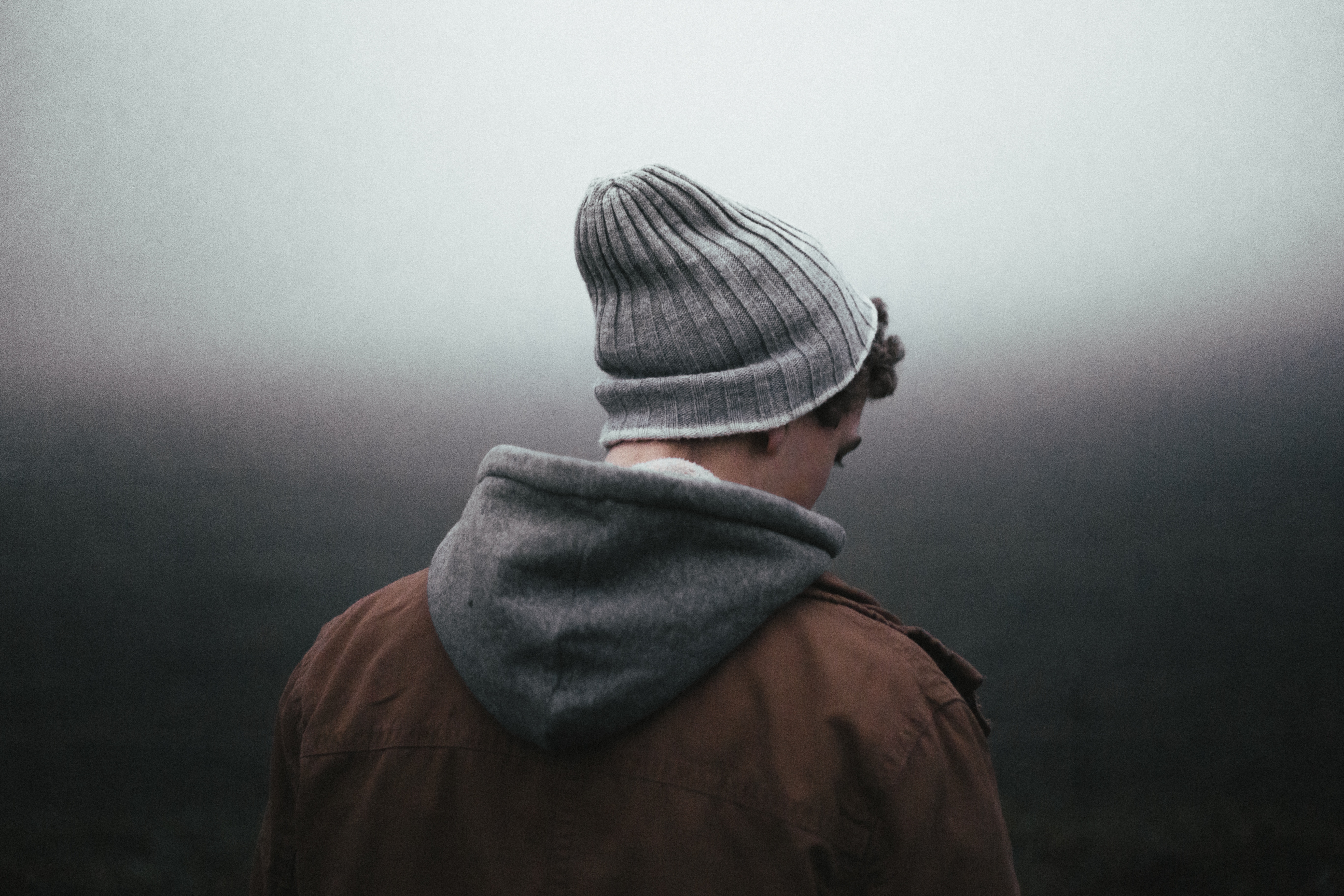 They’re known for not trusting institutions and not believing much of what they hear. Can you guess what public figures these skeptical generations trust most, and who they trust least? We have the ranking…

Last year, Oxford’s Word of the Year was “post-truth”—a telling decision for an era in which fake news abounds, skepticism rules, and Millennials and Gen Z are never quite sure what to believe. Their faith in large institutions, including banks and churches, has plummeted. A recent Forbes article even suggests that Millennials should be the guides in navigating the post-truth world, because it’s their “natural habitat.”

Our Age of Not Believing trend looked at this shift back in 2014, and found that for these young consumers, not believing what they see in front of them had already become an instinct: 89% of Millennials questioned whether what they read or see online is true, and 82% took everything they read or see “with a grain of salt.” These skeptical groups are on constant watch for signs of hoaxes, pranks, and cover-ups. In the current age of Photoshop abuse, Instagram filters, and catfishing, Millennials and Gen Z are hyperaware of the ways that they can be “fooled” by what is on their screens. With trust at an all-time low, it’s become a rare, and valuable commodity.

After growing up in a “post-truth” world, who can young consumers trust? In our recent Influencer Effect research, we looked at the trust levels that young consumers have in a range of public figures to see who they are listening to—if anyone. Here’s a look at that ranking, which shows who (outside of their own friends and family) Millennials and Gen Z trust the most—and who they trust the least: 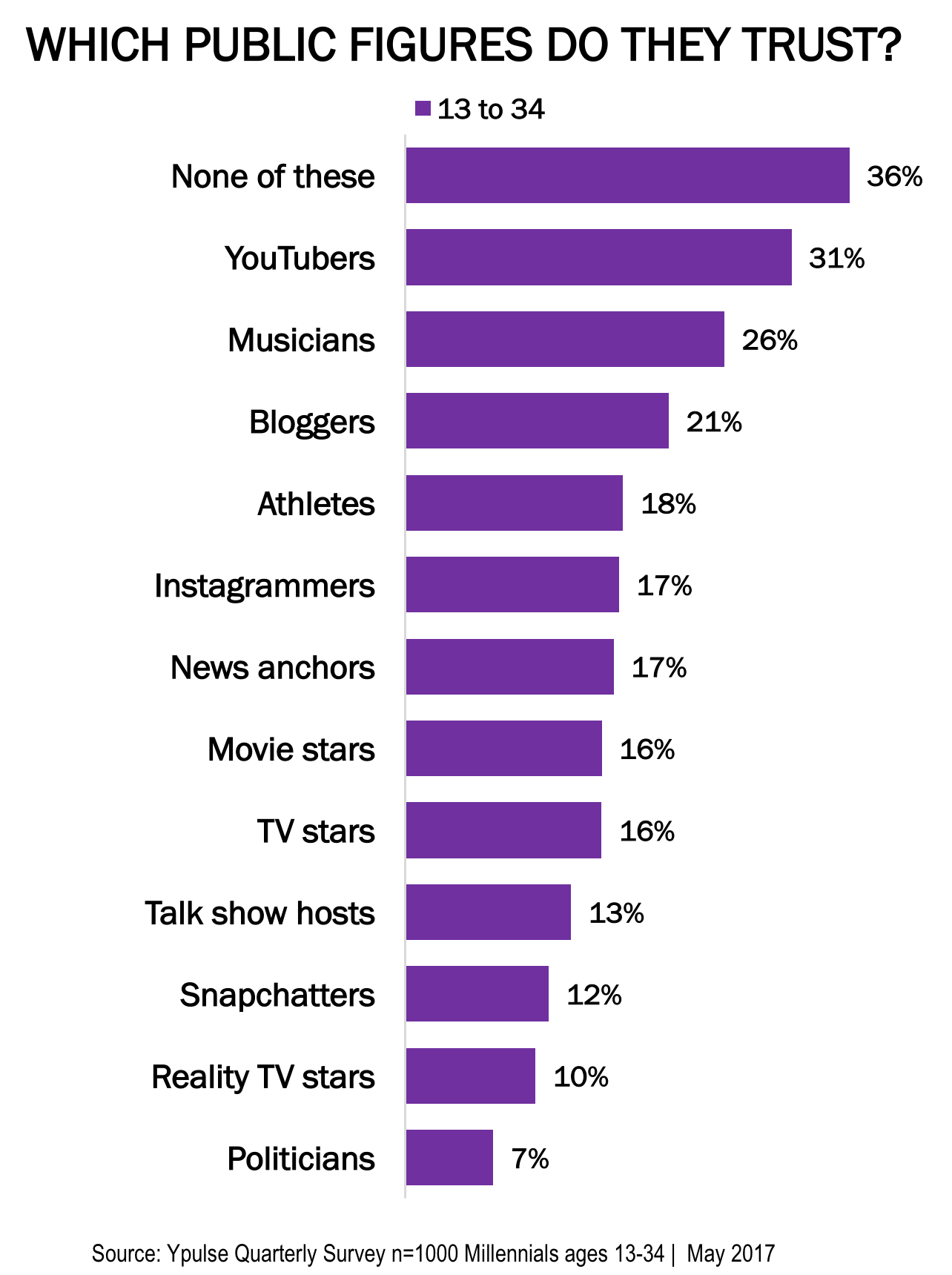 Ok, so we’re not too surprised that Millennials and Gen Z were overall most likely to say that they don’t trust any public figures on the list. It is the Age of Not Believing after all. But the top type of public figure that they do trust? YouTubers. And that should help to bring the influencer marketing movement into focus. As we pointed out yesterday, at a time when young consumer trust is at an all-time low, they’re looking to their peers for advice, and word-of-mouth marketing is king. The feeling of kinship and trust that audiences have with online influencers is boosting the status of bloggers and vloggers, turning them into trusted sources of information. YouTuber Alfie Deyes emphasizes that the trust between him and his audience is more vital than any brand relationship, because they’re more engaged with his content than they would be with anything they see on TV. He explains, “I only work with brands that I would actually use. My audience are real people, they’re not stupid. If I say that I like something, they’ll look into it. [But] if I wear something, use something, my audience is so dedicated to me, they know I’m using it because I genuinely enjoy it.”

But let’s go back to the ranking, and the title that might have brought you here: Who’s at the bottom of the list of people Gen Z & Millennials trust? Politicians hold on to that dubious honor. We’ve found that 87% of 18-34-year-olds say they are tired of the extreme views of both political parties, and the last few years of political coverage and chaos has clearly not helped. Politicians are currently trusted by Gen Z and Millennials less than reality TV stars, making it clear just how skeptical of politics and its players these generations really are.