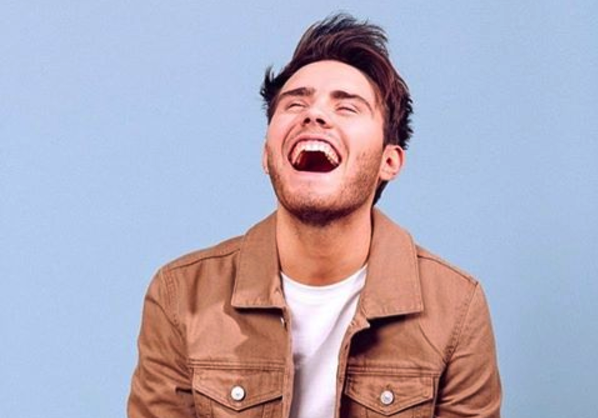 This month, we spent two days at Millennial 20/20 London, learning from brands and startups reaching Millennials and Gen Z—and the topic of influencers came up again and again. From panels on user generated content to successful retail marketing, to say it was a hot topic is putting it lightly. But we also got the rare opportunity to hear from the influencers themselves—including a Q&A with Alfie Deyes that pulled back the curtain on how influencers really feel about influencer marketing.

If you haven’t heard of Alfie Deyes, you haven’t been paying attention to the world of YouTube fame. Deyes has been posting a daily video of his life nearly every day since 2009, amassing over 5.5 million subscribers to his channel PointlessBlog, and almost 4 million to his channel PointlessBlogVlog where videos receive millions upon millions of views. Did we mention he’s also got two bestselling books, over 4 million Twitter followers, a clothing line, a third YouTube channel, and that he’s one half of Zalfie, the most famous vlogging couple around? Deyes is one of the original YouTube influencers, and has turned his video-posting hobby into an empire in the eight years since he started. As he tells it, “When I started in 2009, YouTube, social media, there was no job – no one earned money from doing this. It being my job now, and all these cool opportunities, I never dreamt any of this would be possible. Right now I’m living a life I never thought I would be able to live.” Of course, as a successful OG YouTuber, he’s no stranger to influencer marketing, and at Millennial 20/20 London, he gave the audience an unfiltered look at how he feels about working with brands—and brands that aren’t working with influencers yet. We’ve broken his thoughts into five rules (or lessons) that brands should know when they’re thinking about working with influencers—because who could tell them better than an influencer themselves? 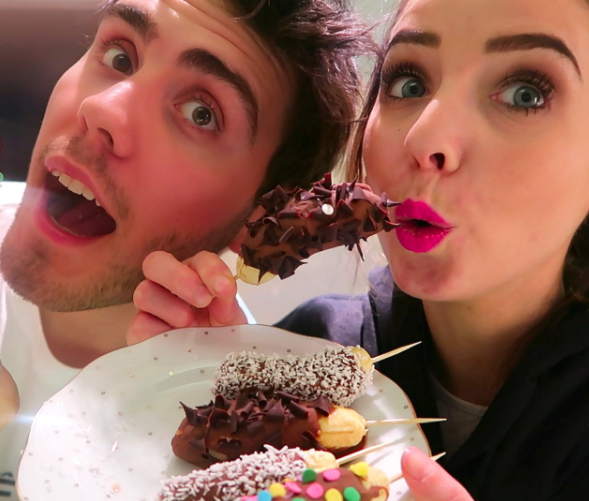 1. The Trust Between Audience and Influencer Is Paramount—and Above Brand Relationships:

Early on in his interview, Deyes made a statement that summarized what makes influencer marketing so different: “There’s no amount of money that would make me work with a brand that I don’t like.” According to the YouTube star, the trust between him and his audience is more vital than any brand relationship, because they’re more engaged with his content than they would be with anything they see on TV. He explained, “I only work with brands that I would actually use. My audience are real people, they’re not stupid. If I say that I like something, they’ll look into it. For me, I’ve never watched a TV advert and then gone and Googled that product. [But] if I wear something, use something, my audience is so dedicated to me, they know I’m using it because I genuinely enjoy it. It’s about the loyal audience and how dedicated they are, then trying to get your products in front of as many people as possible.” 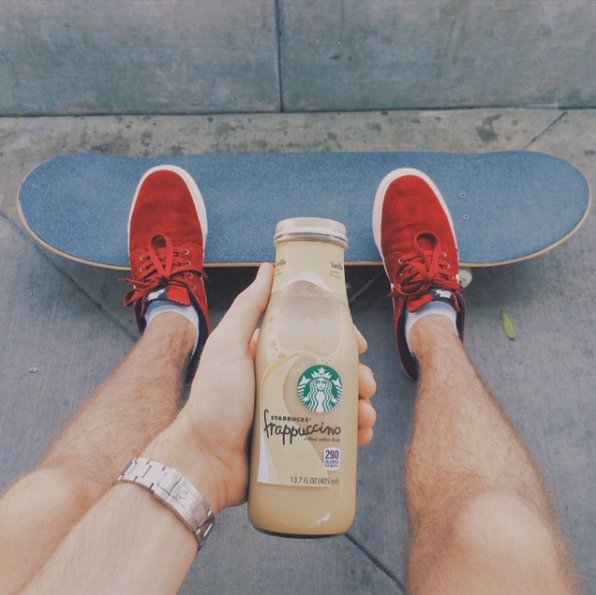 While influencer marketing has quickly become the biggest trend in the business, there are still some (usually old school) brands who hesitate to engage with vloggers, bloggers, and other online creators. When asked what might be holding them back, Deyes could only express his confusion: “I film every single day of my life and upload it the following day. It shocks me the number of brands – it’s not necessarily dream brands—but brands that could easily be integrated into influencers’ videos but they just aren’t.” He explained that he would be taking a flight the next day, and would of course be filming his experience—though no brand was sponsoring or covering his travel. To him, it’s a missed opportunity: “If I flew Virgin, and posted it the next day, that’s 800K people seeing that I had a great experience. I don’t know why [they don’t], it’s a no brainer!” 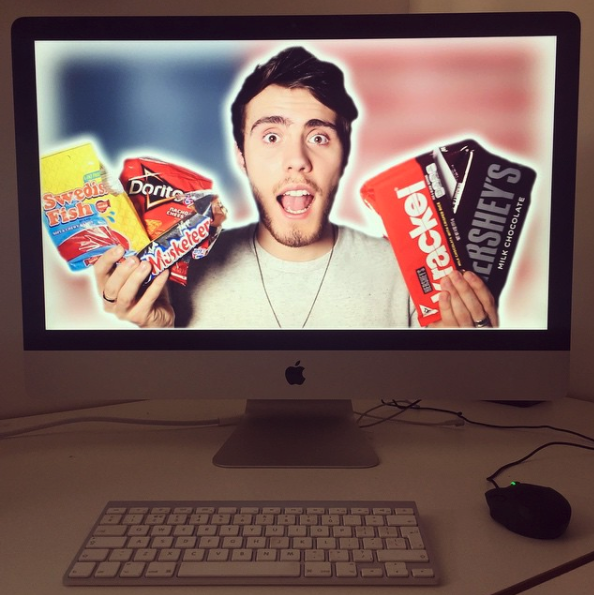 3. It’s Not About Getting ANY Influencer, It’s About Finding the Right Influencer For Your Brand:

Deyes has his fair share of experience working with brands—but stresses that just getting any influencer to hold your product isn’t going to cut it: “A lot of advertisers have this thing where they’re told, I need to work with social influencers—so I’ll just give my product to Alfie. No, that’s not how it works, you need to find the person that’s going to work for your brand. Research the kind of person that is going to be excited to use your product. There’s nothing better than when I get contacted by a brand that sees that I’m using them already.” According to Deyes, paying attention to the influencer already using or invested in your products isn’t just a no-brainer for brands, it’s essential for influencers who want to keep their audience’s trust: “I’m not friends with anyone who would work with a brand they didn’t like. You’d literally lose your audience like that – I love that. I love that [our audiences are] such intelligent people that they can see straight through that.” 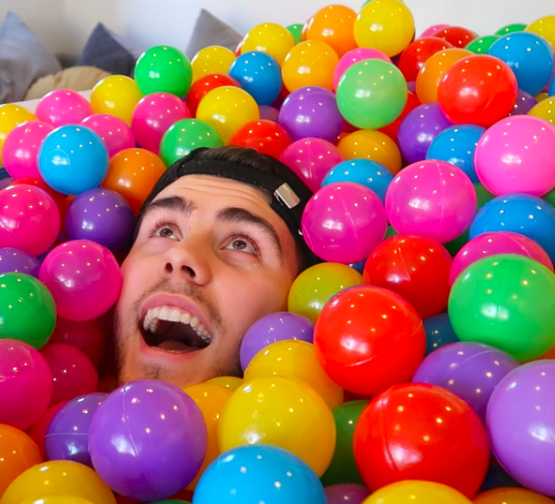 4. Don’t Expect Influencers to Act Like Actors (or Networks):

Influencer marketing isn’t just different because of the trust between the audience and the content/creator, it’s also a different game completely when it comes to creating the ads themselves—and Deyes says that not enough brands work at an influencer’s pace, or know how to interact with them. Brands too often feel they have to go through managers and agencies to work with influencers, but the extra lines of communication are just frustrating to him. He explained, “So often it will be a brand to an agency to another department in the agency to my manager to me – to me, it’s just let’s chat, let’s make this video, let’s all get on the phone!” He’s also dismayed when brands want him to just plug an ad into his content as a TV show would, without his involvement: “I’ve had brands come to me and say they want to put like a TV ad on my channel and they say, ‘Don’t worry, you don’t have to be in it.’— Well, then I’m definitely not going to do it! Let’s get something that works for everyone rather than have extended talks, edit a tiny sentence out, script a video – I can’t script a daily video! The longer that I have been doing this though the better it’s gotten.”

5. To Turn Influencers Into Advocates, You Have To Get In Their Hands:

So how do brands create that real brand-love among influencers? Deyes says getting your product in their hands is the simple, but necessary first step. “The key to that is having a great product. The influencers I know are just regular people. You don’t say a favorite because you are thinking about promoting items, it’s because you like them. A lot of companies send products, a lot of people before they work for the brand, will just send it and they might just try it out. But no one is going to be promoting it without trying it.”