Impatient Millennials Are Doing This More Than Ever to Save Time 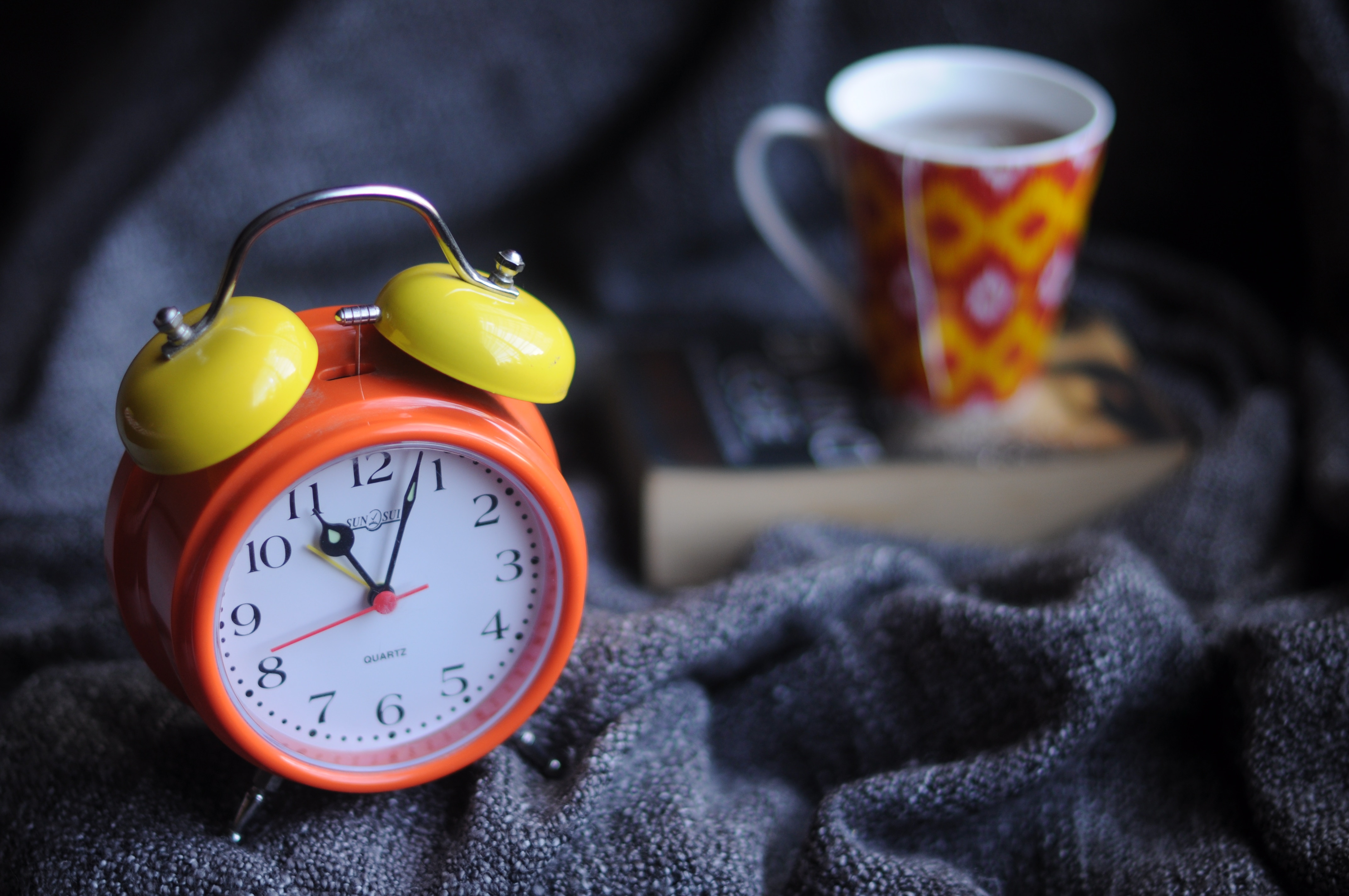 Their patience is as short as ever, they expect technology (and brands) to save them time and make their lives more seamless—and we’ve got the numbers on what impatient Millennials are doing more than ever before…

When we wrote our Ain’t Nobody Got Time for that trend back in 2014, we were just starting to see startups and brands responding to Millennials’ impatient nature with next-level tech solutions. But in the years since, the on-demand economy has exploded—and now we’ve checked in to see what time-saving solutions the generation is embracing more than ever before.

But first a little background. Wanting everything where and when they want it is a well-known characteristic of Millennials, and they are a generation increasingly short on patience. Time is considered a luxury, and one of the reasons that the on-demand economy has taken off is the desire of consumers, particularly young consumers, to cut out steps and streamline their lives so they can gain more time to do what they actually want—whether that be collecting experiences or binge watching shows. So mundane, irritating, everyday tasks? Ain’t nobody got time for that. This mentality has those who can afford it looking to outsource everything they might not want to do, drawn to those on-demand services that make their lives simpler. Tech giants like Amazon and Google are seriously experimenting with drones to get any product to consumers’ doorsteps as close to instantly as they can. Young consumers are expecting everything faster, easier, and more effortless than ever before and experimenting with tech that takes care of everything they don’t want to.

Three years ago, we took a good look at just how low their patience levels had gotten—and we recently checked in to see if there’s been any change. Here’s what we found: 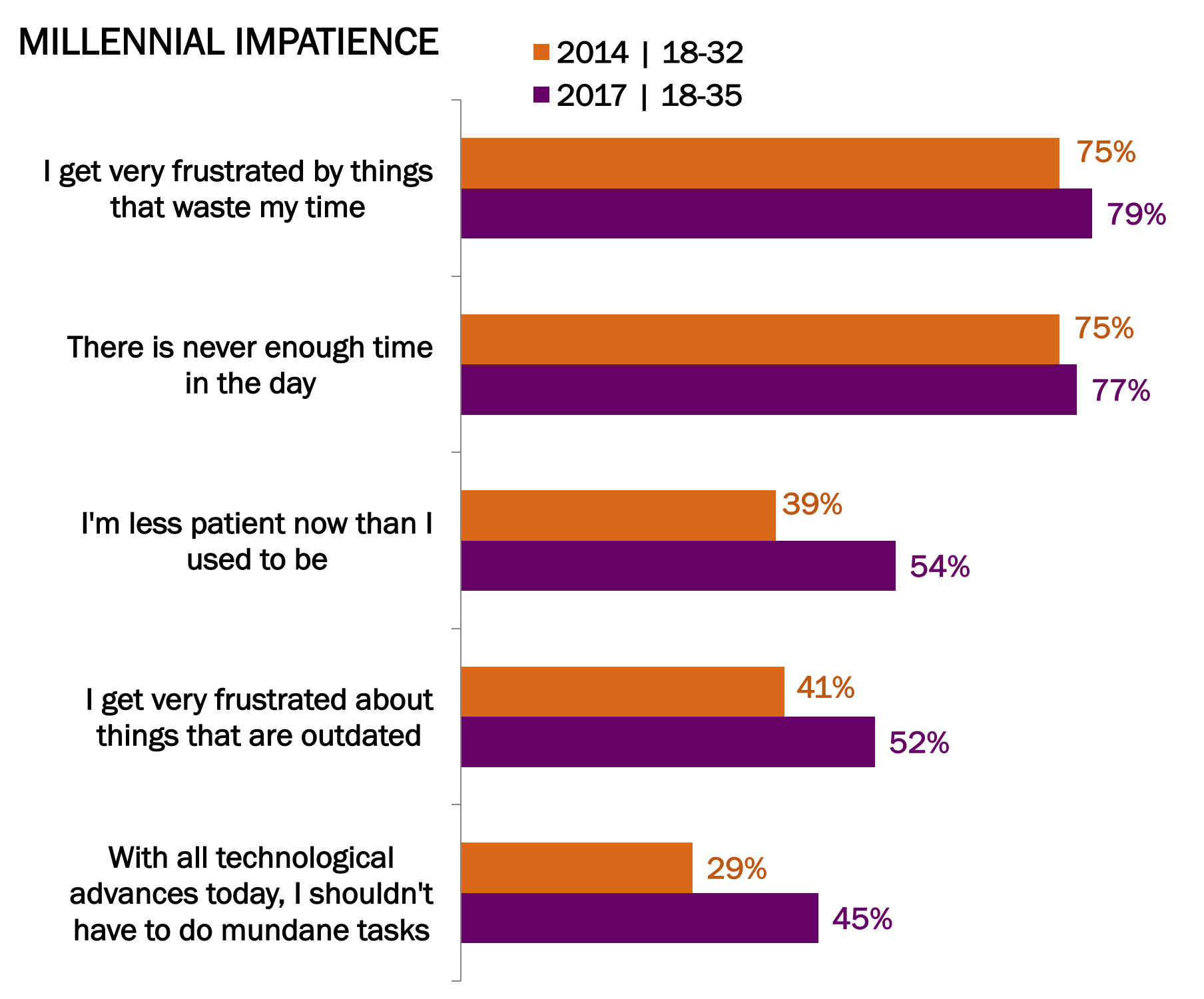 It looks like Millennials’ impatience has only increased over the years. Across the board for our statements measuring patience, the percentages increased among those over 18. Some especially notable increases: those who agree that they’re less patient now than they used to be increased 15%, with over half of Millennials now agreeing with that statement. Those who agree that they shouldn’t have to do mundane tasks because of technological advances has increased 16%, with almost half of Millennials now confirming that as their worldview.

But there are certain technological advances that they’ve embraced more than others to save time in their days and avoid the tedious tasks that frustrate them. Here’s a look at which services and tools they’re using more today compared to 2014: 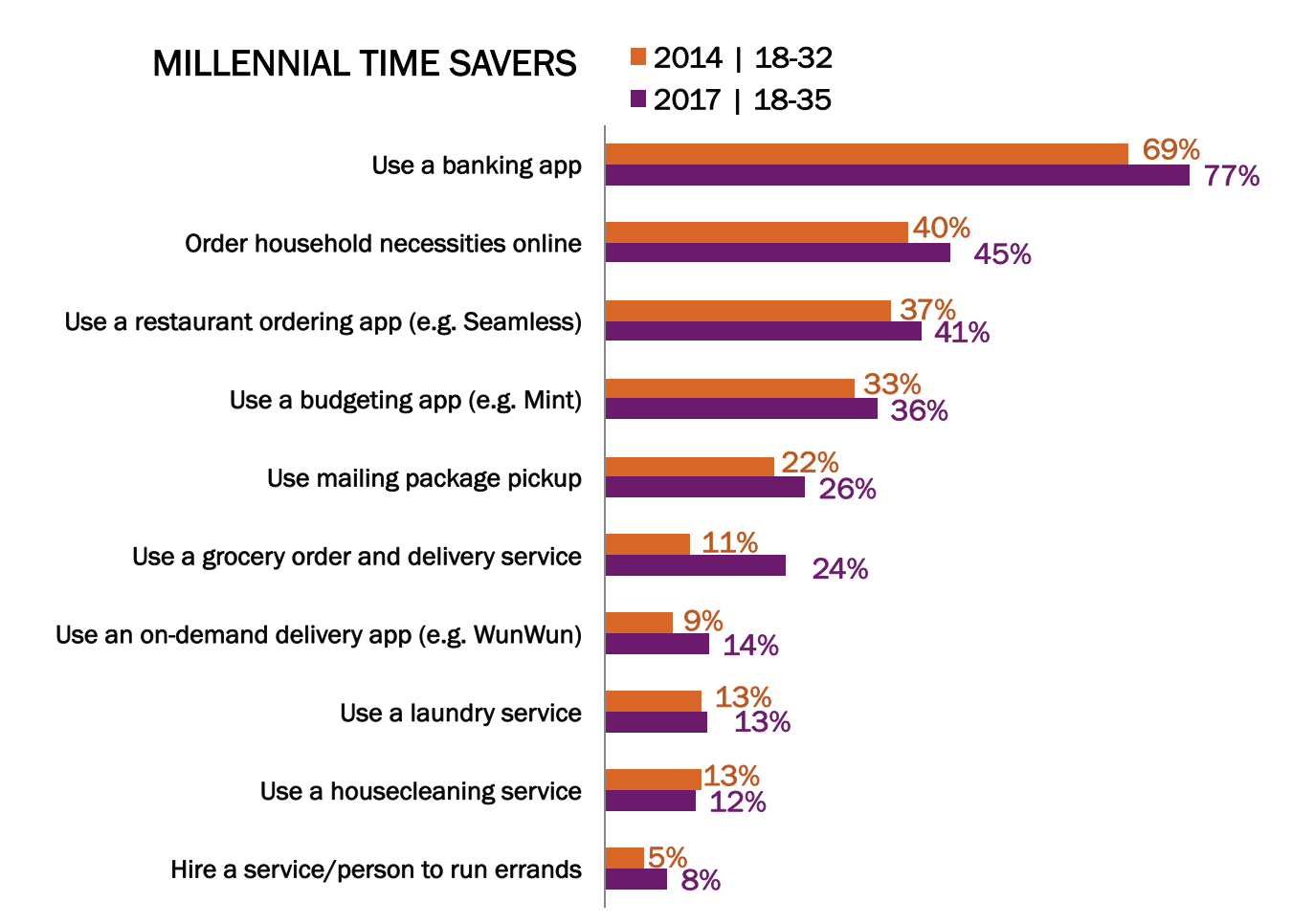 Once again, we saw increases nearly across the board when comparing 2014 to 2017—more Millennials are using banking apps, ordering household necessities online, and using restaurant ordering apps than they were four years ago. But one time-saving services saw an especially large increase: those using grocery order and delivery services increased 13% between 2014 and 2017.

Last year, The Wall Street Journal reported that grocers are in fact struggling to get Millennials down their aisles. These younger consumers are visiting supermarkets less frequently, perhaps thanks to the rise of online grocery services like AmazonFresh and the expansion of food offerings from retailers like Walmart. Of course, brands are racing to accommodate their grocery ordering ways. FreshDirect’s FoodKick app (which Ypulse research helped to develop) caters to Millennials’ immediate gratification expectations. With a few clicks, ShopKick users can get fresh ingredients, prepared meals, or alcohol delivered to their door in just an hour. The app also incorporates plenty of Millennial-speak, with slang like “Yasss,” “hanger,” and “like a boss,” appearing throughout the ordering process.

Overall, Millennials are leading the pack in online shopping. According to UPS 2016 research, younger consumers are also embracing e-commerce services more than older groups: 22% had used a grocery app from a large retailer versus 14% of non-Millennials, 14% had used a “sharing economy service” like Uber and Airbnb versus 6% of non-Millennials, and 14% had rented a product online versus 3% of non-Millennials. We also asked some new questions about patience that are revealing: 85% of 18-34-year-olds say they expect brands to use technology to make things faster and easier for them.