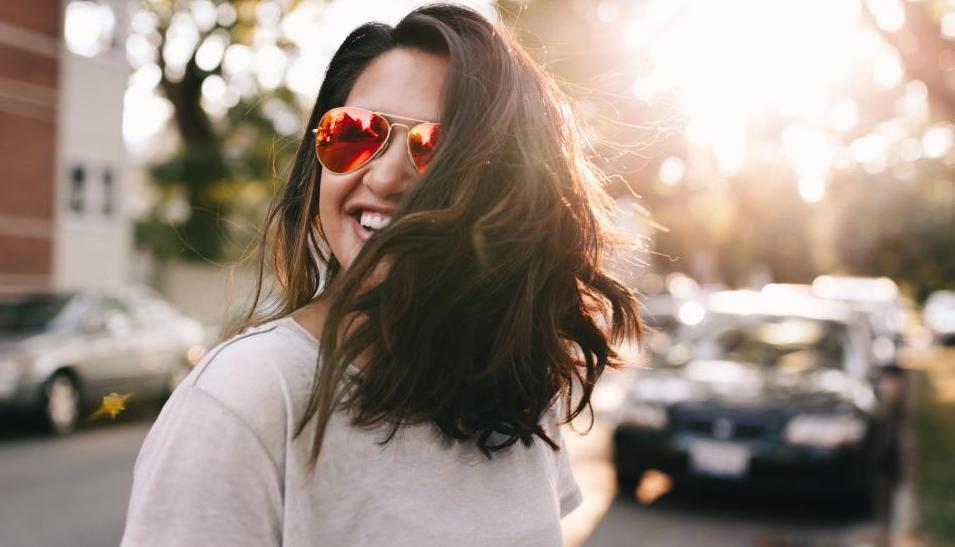 What are young consumers doing when they’re not on their phones? We asked 1000 13-34-year-olds their biggest hobbies to find out…

Millennials and Gen Z are addicted to their devices, it’s true. Ypulse research has found 60% of 13-33-year-olds agree with the statement, “I’m addicted to my phone,” and 63% agree “I feel anxious when I don’t have my phone.” In fact, because they spend so much time on their screens, what they are actually doing when they’re not on their phones has become more and more of a mystery—and it’s a question we’re often asked.

Ypulse’s recent monthly Gold survey (part of our ongoing Millennial and Gen Z research) explored all of the things they might be doing when they’re not on their phones—from their passions to the last non-digital activity they did. Earlier this month, we told you about Millennials and Gen Z’s general passion points and interests, reporting those that both age groups (and the males and females within them) have in common—and those more popular among certain age groups. But because passions don’t always translate into day-to-day activities, in that same survey we also asked 1000 13-34-year-olds, “What is your biggest hobby?”* to find out more about what they’re actually doing in their free time. Here are the 20 responses we heard the most:

*This was an open-end response questions to allow us to capture the full range of hobbies that that are occupying 13-34-year-olds—without our preconceived ideas shaping their responses. As with any qualitative question, the responses include those that are top of mind and those that are most popular. The list is ordered according to number of responses received, and alphabetically when ties occurred.

What Are Their Biggest Hobbies?

Reading was the hobby that respondents named most—which should be a bit of a relief for all those who imagine that young consumers have abandoned books. Of course, books/reading was also in the top ten list of Millennials and Gen Z’s overall biggest passions, and we named books as one of the analog products Millennials are bringing back. Young consumers have been fueling the continued popularity of physical books, and according to one study, 79% of Millennials in the U.S. read a print copy of a book in 2015, almost double the amount of those who read an e-book. In our own data, we’ve seen an increase in purchasing books for entertainment: In July 2016, 40% of 13-33-year-olds said they bought books for entertainment, compared to 29% in 2015. This seemed to be largely driven by 18-20 year olds, 53% of whom spent money on books in 2016, compared to 27% the previous year. Clearly reading is providing an escape for them.

But we should note that reading edged out sports in popularity by the smallest of margins—we would say it is at least as popular a hobby. While some respondents named sports as a general hobby, many named specific sports, with the top mentioned being soccer and basketball. In fact, sports was more popular among some age groups: 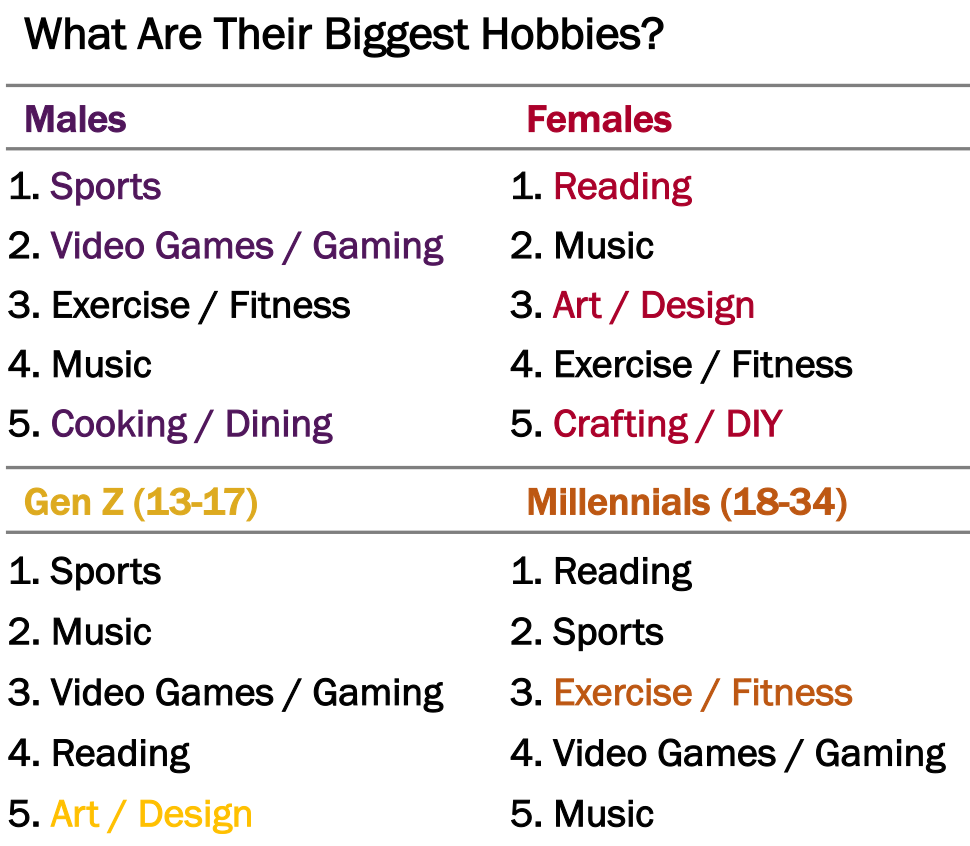 One note that we took away from all groups: though socializing made the top 20 list, social media wasn’t mentioned by any as a hobby—though it’s clearly something they’re spending a huge amount of time with. This signifies that social platforms are too seamlessly engrained into their lives, and other activities they’re doing, to be considered a separate endeavor.