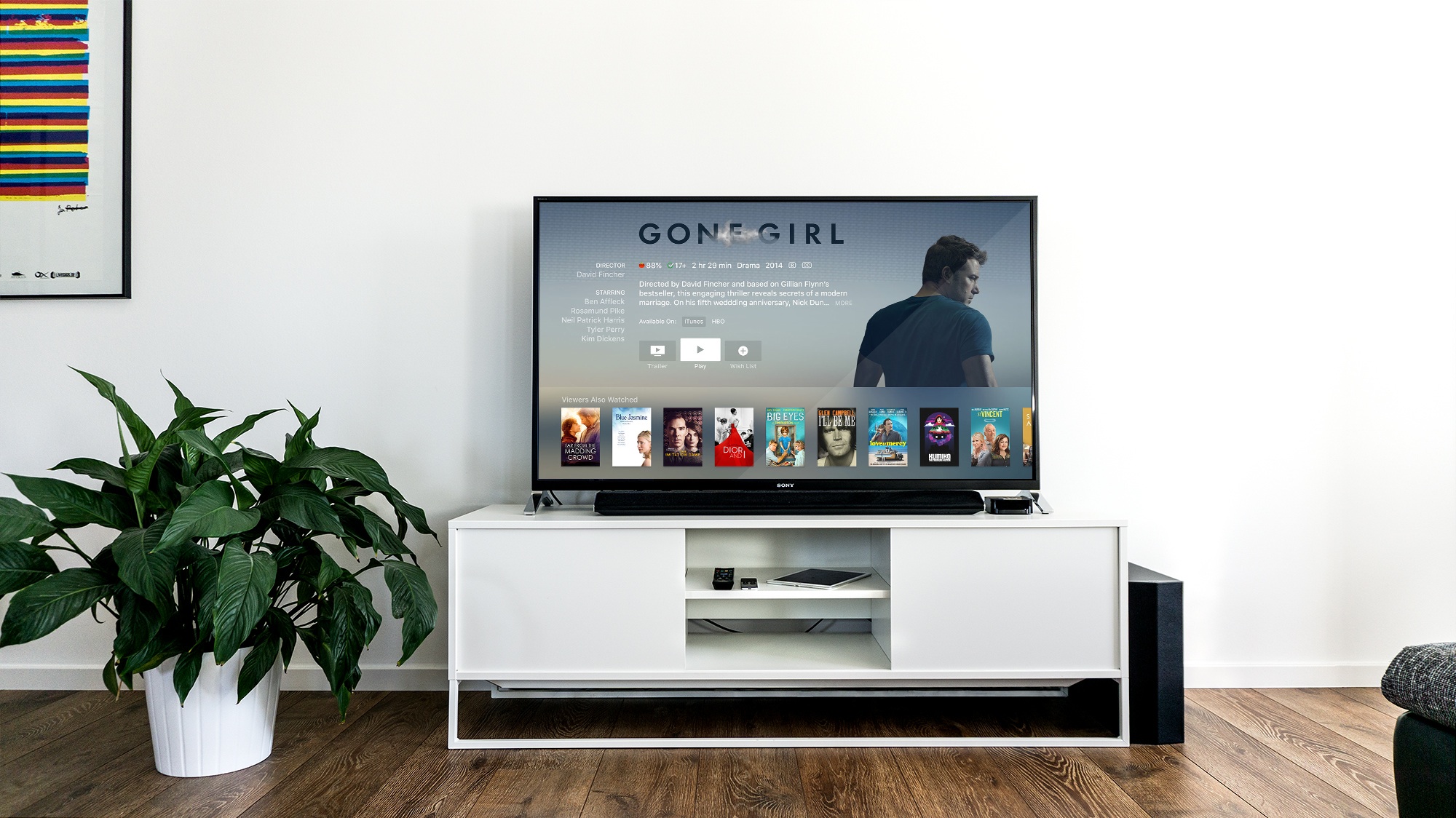 We track 13-34-year-olds’ media consumption habits throughout the year, and today we’re looking back at what shifted in 2016…

In our trend The Post-TV Gen, available to Gold subscribers tomorrow, we found eight in 10 Millennials and teens predict that digital services will eventually replace cable and satellite programming. We’ve watched their Post-TV behavior develop in real time, thanks to our monthly surveys of 1000 13-34-year-olds, which include a quarterly media consumption tracker. This year, cable has lost even more of its grip on these next generation viewers. Throughout 2016 we’ve seen a slow but steady decline in cable / satellite / fiber optic TV consumption of video content weekly by 13-33-year-olds, coasting from 48% in late January to 45% in early September. Netflix, on the other hand has grown significantly, rising from 67% to 72%, becoming the top service being used by Millennials and teens to watch video content, followed by YouTube. In fact, when we asked what networks they watch, Netflix is the top “network” watched monthly for both teens and older Millennials. 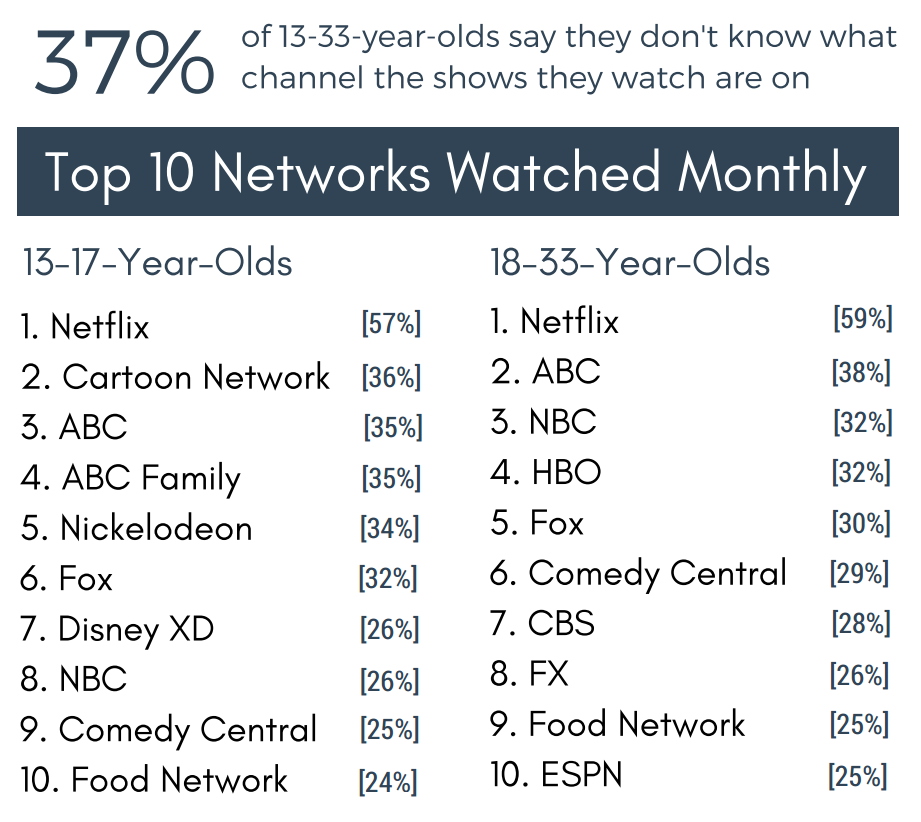 But we’ve also seen the screens that they view this content on shift significantly. As evidenced by our own research, focusing on mobile video consumption is key to reaching young consumers, as TV and its traditional offerings slowly loses its grip on them. When it comes to the devices that 13-33-year-olds use to watch video content weekly, TV-based video content consumption has been flat through the year, and in our September media tracker Topline Report, their smartphone was the number one device that young consumers are watching video content on each week, followed by laptop, and HD TV. 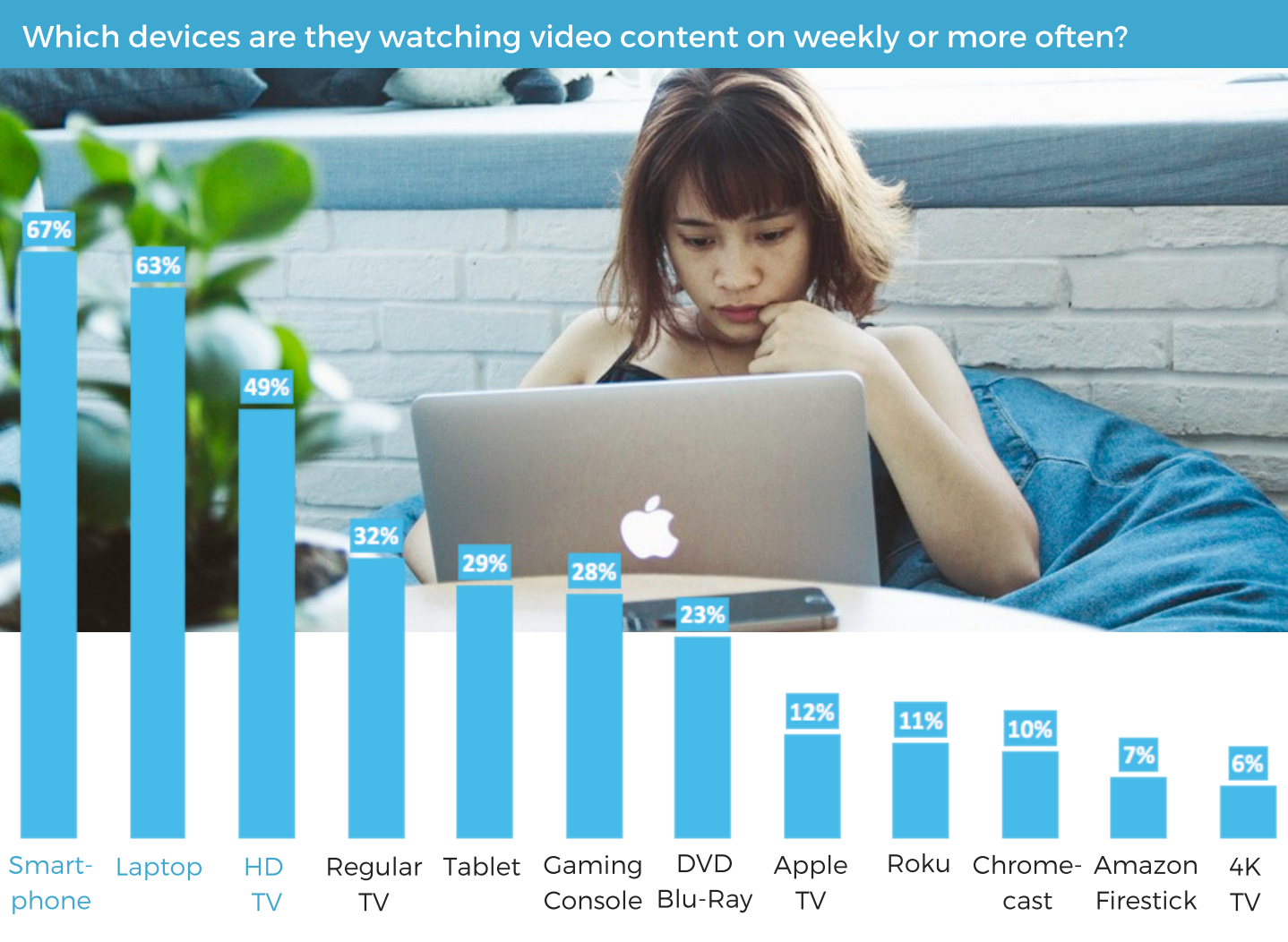 Mobile has definitely taken on a bigger role in young consumers’ weekly video consumption this year. At the beginning of 2016, laptops were the top device for weekly consumption among 13-33-year-olds at 65%, with smartphones coming in second at 55%. But in the September tracker smartphones were chosen by 67% of 13-33-year-olds as a video content consumption device, overtaking laptops at 63%. Currently, those who are viewing content on TV weekly are devoting more concentrated time to that screen, but smartphone and laptop viewing hours are beginning to rival the set: 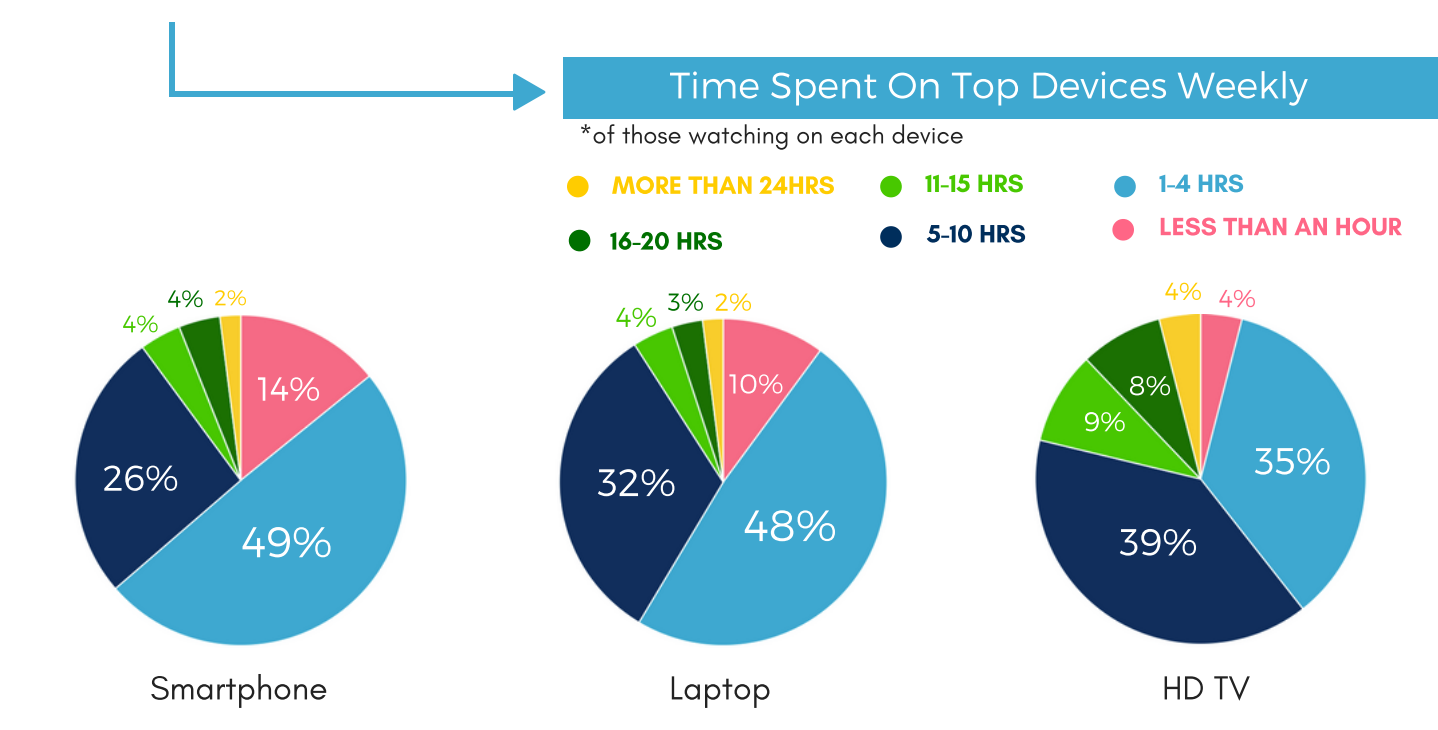 Half of those watching on smartphones weekly are watching 1-4 hours of content on the device, and one quarter are watching 5-10 hours on their smallest screen, a significant amount.

So, is TV as we know it dead? Not yet, but it’s no longer the main source of entertainment for today’s young consumers—we’re reaching the point of the Post-TV Gen. Six in 10 young consumers say, “I don’t know what I would do without streaming services” like Netflix, which now captures more teen and Millennial audience power than cable services. The rise of these services over traditional cable has definitely been driven largely by demand for digital video among Millennials and teens.