Millennials & Teens Sound Off: Their 20 Favorite Places to Buy Clothing

We asked 1000 13-33-year-olds to tell us their favorite place to buy clothing and why, and pulled their top 20. The retailer who came in at number one may surprise you…

As we explored recently, Millennials’ disruption of the fashion world has been multi-faceted, and the shopping experience is one of the biggest spaces being impacted by their preferences. From online and mobile shopping to showrooming and beyond, the next generation of shoppers has thrown many traditional retailers for a loop. Everything from Netflix to their spending on experiences have been blamed for young consumers’ shifting buying patterns. Stores are being given makeovers, including smart dressing rooms and even rumored tattoo stations, to appeal to younger shoppers. In an effort to grab more Millennial shopping trips, Macy’s recently unveiled an entire Millennial floor in their Herald Square location. The floor, named “One Below” includes an interactive Instagram wall, and a selfie camera allows visitors to take pictures with different backgrounds and post them direct to social media. Meanwhile, the competition for Millennials’ attention is only increasing as previously online-only stores—including Amazon, Warby Parker, and Birchbox— are bridging the gap into the offline shopper’s world, and with both pop-ups and permanent brick-and-mortar spaces.

With the retail space scrambling to capture young consumers, we decided to find out where they actually like to shop most right now. For our first brand tracker of 2016, we asked 1000 13-33-year-olds to answer the question: “What is your favorite place to buy clothing (thinking of the store/site where you actually most like to purchase clothing)?”

Kohl’s was the number one mentioned favorite clothes shopping spot. Affordability was a clear draw: one 25-year-old female said named the brand because,“[They have] good deals and prices. They usually have coupons and a good reward program,” and a 26-year-old male told us,  “Even though this store does not carry my brand, shopping at Kohls is just very easy and they always have different coupons and offers out to help you get the best deal.”

The retailer has invested heavily in digital to create an awards program that will appeal to tech-savvy shoppers. In early 2015, Kohl’s launched a cross-platform loyalty rewards program, Yes2You. The program keeps tracks of reward points, as well as offers coupons, and had 33 million members as of this past November. They are also transforming the shopping experience with personalization: using the Kohl’s mobile app, consumers can scan an item in store and have coupons and points applied directly to see the final price, unique to them. Some respondents did mention the rewards system. One 21-year-old female explained, “They always have good sales, deals, coupons, Kohl’s cash, rewards system, etc. They have a wide variety of selection. Whenever I go there, I never leave empty handed.” We should note that Kohl’s has not been flourishing, which may make their spot on their list a bit of a surprise. One report claims that Kohl’s has lost 20% of 18-34-year-old shoppers, and 30% of young female shoppers since February 2013, and that Amazon eclipsed Kohl’s in footwear shopper preference amongst 18-34-year-old women for the first time this February.

Amazon coming in as the Millennials and teens’ number two favorite place to buy clothes should be a warning to other retailers. Ypulse’s exclusive holiday shopping survey revealed that Amazon was Millennials’ top retail destination for both Black Friday and Cyber Monday in 2015—and Amazon Prime is attracting more young shoppers than ever before. A recent study found the average age of the Prime customer is 36.5-years-old, with an average household income of $69,300. Those younger, more affluent shoppers are also buying a wider range of products from the site than they were a year ago, making the e-commerce giant an even bigger threat to competitors. It’s now forecasted that Amazon apparel sales will surpass Macy’s in 2017.

Another major disruption is the fact that “online” made the top 10 list—indicating that many young respondents think of shopping online as separate from any one brand experience. It is also an indication that their e-commerce is not necessarily supporting major brands. When specific websites were mentioned by respondents, they often told us they named them because they like shopping online. While both males and females named “online” as their favorite place to buy clothing, the e-commerce revolution has perhaps especially impacted Millennial guys. Shopping has become nearly pain-free just as Millennial guys have grown into their earning years, and e-commerce has eliminated lines and waits, transforming the way men shop and dress. Online innovations such as tux rentals, curated boxes and personal shoppers have helped menswear e-commerce grow more than any other category: 16.7% annualized over the past five years. As teens of both genders age up, and gain the freedom to shop online as well, we expect that we’ll continue to see their shopping preferences impacted.

*These were open-end response questions to allow us to capture the full range of Millennials’ favorite places to buy clothing. As with any qualitative question, the responses include those that are top of mind, and those that are actually most loved. The top 20 list is ordered according to number of responses received, and alphabetically when ties were found.

Where do you get toys, clothes, and other items for your child(ren)? 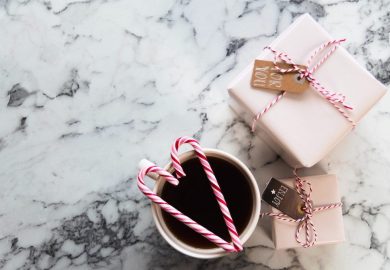