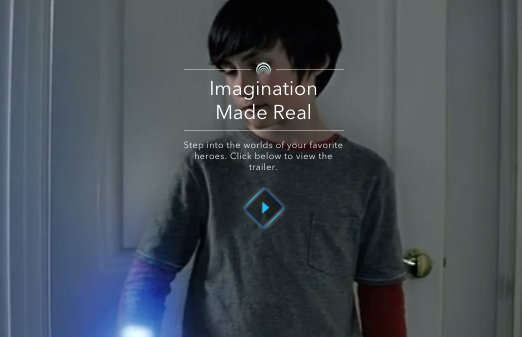 For years, technology has been at the center of a debate about kids, as screen time has replaced more active playtime. Now a new category of toys is developing in response, combining the power of children’s imagination with the amplifying magic of digital. 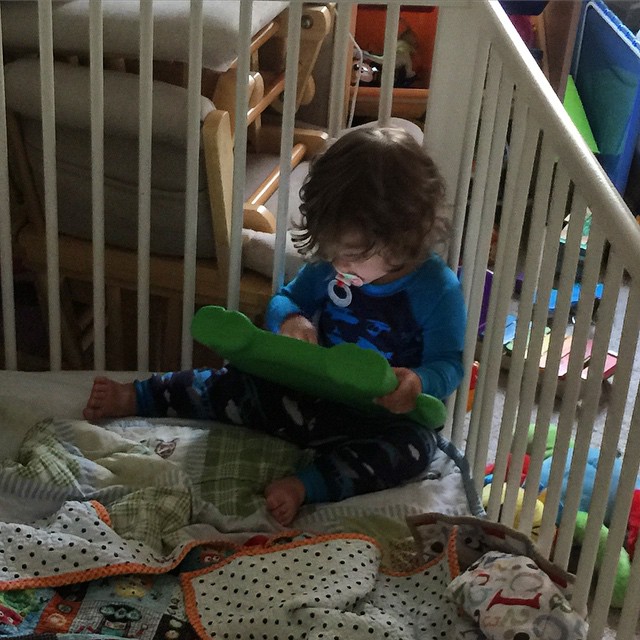 There is no doubt that childhood has become digitized, and kids’ increasing interactions with tech have long been at the center of a debate about how much digital play is good for them—especially as screen time has replaced more active playtime. Research has found that Apple’s iPad is more popular than Disney among kids 6-12-years-old, and also scored higher than Nickelodeon, Toys ‘R’ Us, and McDonald’s. For these children, tablets are an “all-in-one” technology where every form of entertainment can live. Kids today are reportedly spending half as much time outside as they were 20 years ago, averaging seven or eight hours of screen time a day, and only 7% over five-years-old are getting their daily recommended 60 minutes of time outdoors. 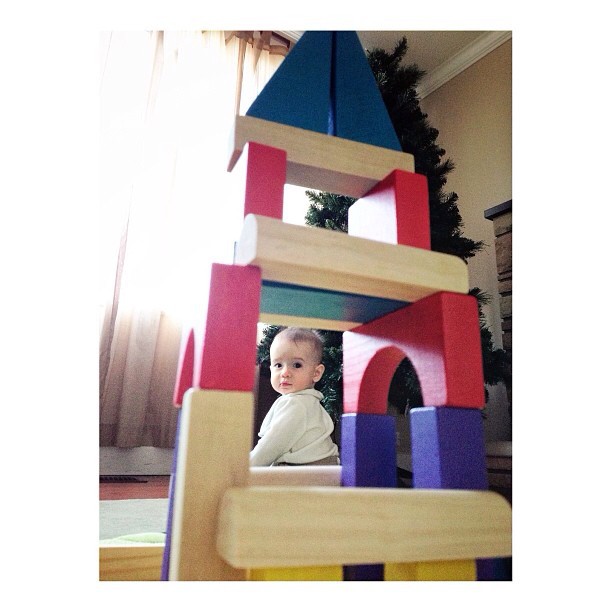 Parents’ concern that their kids could be spending too much time distracted by technology has contributing to the comeback of more analog toys and board games, which encourage in-person interaction. Smart, high-tech toys have also spurred a counter trend of old-school wooden and artisan looking playthings, and parents have been trying to find a “balance” between digital and more tactile toys. Some analog toys have found big success. Zylie & Friends, a company that started with a hand-sewn bear, has grown into an “Unplug to Play” mini-movement. In 2013, the New York Times reported that Melissa & Doug, the brand making classic toys like play kitchens and wooden blocks, had seen their business grow by double digits every year, with no touch screens and no tie-ins.

More recently, some have tried to marry physical play with technology to encourage activity while still incorporating elements of digital that kids have grown so used to. Lego has gone from near-bankruptcy to “the Apple of toys” thanks in part to their adaptive innovation. The brand’s Future Lab group continues to find ways to appeal to the next generation by creating toys that give kids hybrid digital/physical experiences. Startups have begun to tap into the tech/physical solution as well. HYBRIDPLAY is a project developed in Spain that turns children’s activity into gameplay on a mobile device. Thanks to a clip monitoring their speed and activities, their real-world play decides what will happen in games like Pong, Pacman, and original adventure and puzzle games.

However, most of these tech/physical play hybrids still involve screen time—and that’s the element being removed entirely in the new wave of toys that combines tech and imagination to rethink play. In fact, this post’s full title should probably be “Tech – Screens + Imagination = New Play.” Brands are beginning to respond to the concerns around increased screen time by producing playthings that use tech to enhance kids’ imaginative creativity, and keep them mobile at the same time. 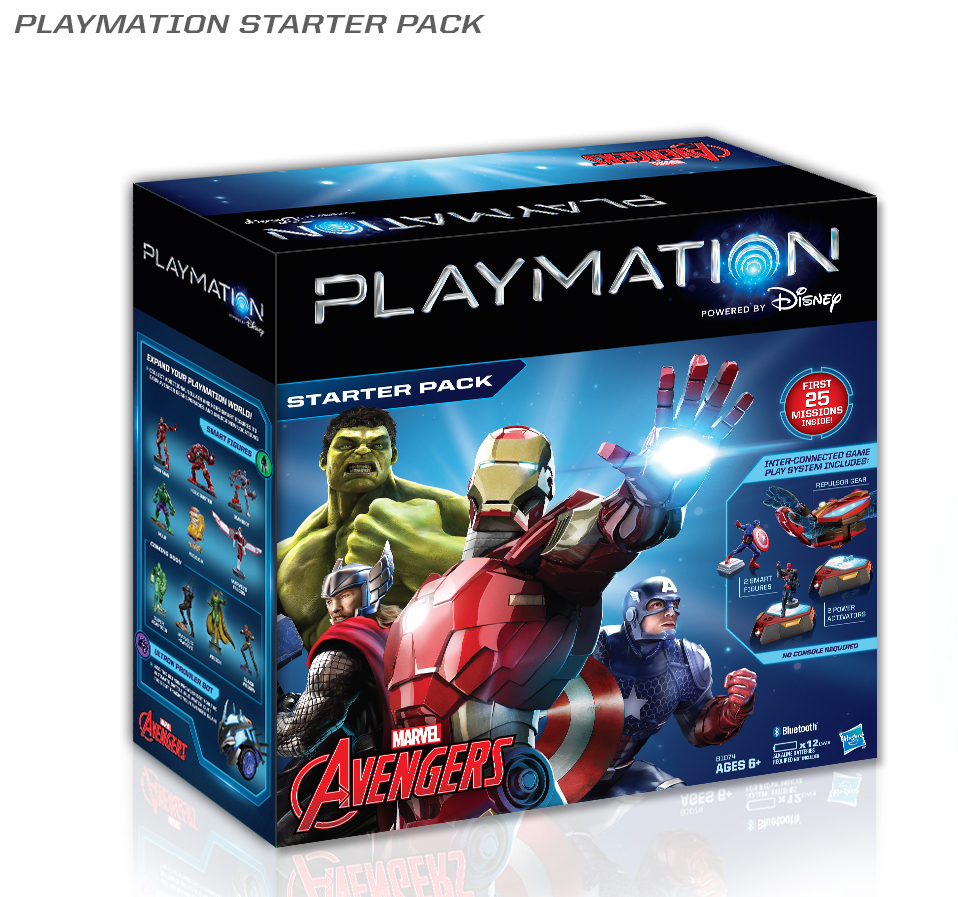 Disney and Hasbro’s new Playmation toys blend physical play with new tech. The tagline of the products is “Imagination made real,” and the line was developed after years of Disney research into how kids play found that this “generation of parents feel nostalgia for the way they used to play growing up, and also have a desire to keep their kids active while still using technology.” The Playmation trailer shows kids transforming into their movie heroes, but in reality Playmation is a combination of wearables, gaming, and yes, kids’ own imaginations. Playmation toys let young users complete missions, battle enemies, and sync their activity on an app, but the app is far from the focus of the product. Instead, the missions are the real star of the innovation—kids are given instructions via “activator stations” and need to act out the action to complete them, which means jumping, hiding, exploring, and shooting at the bad guys that they imagine are chasing them. Because there is no screen showing them an augmented reality, or the environment they should picture themselves in, children’s own ideas become a major part of the play. The first Playmation line comes out this year, is focused on Marvel superheroes, and includes an Ironman arm that is controlled by kids’ motions, and enhances actions with simulated laser shots and explosions. Star Wars toys are in the works for 2016. 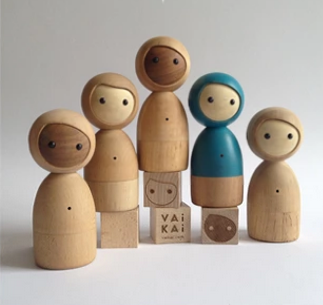 We’re also seeing the screen-less tech play trend emerge on Kickstarter, which has been the birthplace of many inventive kids’ games and innovative toys. Avakai, currently funding on the site, hopes to combine the trend of artisanal wooden toys with modern technology. Vai Kai are Matryoshka-inspired wooden dolls that allow digital play without a screen to give kids “An Imaginary Friend. For Real.” The dolls include Bluetooth technology that allows them to respond to touch and interact with other dolls, as well as communicate moods via light and musical tones. Patting the dolls on the head can change their mood for the better, and holding the Vai Kai with both hands can send a “hug” to another connected doll. Vai Kai are meant to “create opportunities to play,” and can sense when another Vai Kai doll is near, a feature the brand says “allows for playing diverse traditional games like hide and seek, treasure hunt, princess and monster, sardines, and encourages experimentation to develop new ones.”

The trend of screen-less tech that encourages physical play is still in the beginning stages, but with brands like Disney and Hasbro behind it, and an entire generation of parents craving a balance between tech and movement, we could see it being the future of play.