New Wave In The Workplace: Data On Millennials & Careers 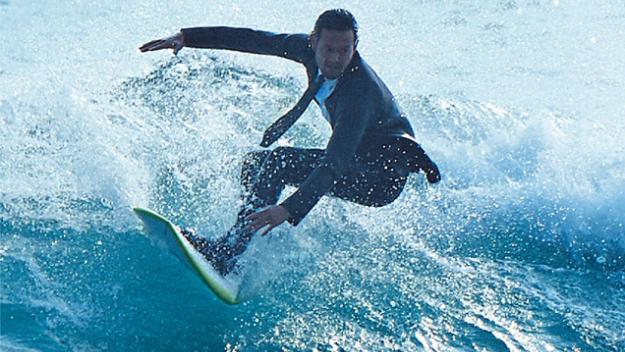 Millennials in the workplace continue to be scrutinized, and though some myths about these young employees may be slowly debunked, generations continue to clash. So we’ve got the latest data to shine some light on Millennial workers.

They’ve been called “the worst generation in the workplace.” They’ve also been called “the most talented generation…Hands down.” Whichever you believe, Ypulse’s calculations have found that approximately 10,000 Millennials will enter the workforce on a daily basis over the next four years, so understanding how this group is approaching their careers, and what they want out of jobs, is vital.

We’ve spent time looking at workplace myths about the generation before, and the reality of their employment behaviors and preferences. But we continue to survey young consumers about their workplace expectations and desires as more and more enter their career years. Our most recent monthly data and topline report looked at our data on Millennials in the workplace, and we’re breaking down some of our findings here:

Currently, the majority of Millennials over 21-years-old (many of whom are out of college) say they are employed full-time. A full 90% of those who are employed think that they are a good employee. If that’s news to the bosses who complain about them, we can only say this is how they see themselves. Twelve percent of 18-32-year-olds say they are currently unemployed and actively looking for work, while four percent say they are unemployed, and not looking for work.

So how do those who are working feel about their jobs? Our survey found that 65% say they are passionate about their jobs, versus 45% say that their job is just a way to make money. That’s an impressive majority who find passion in their work. At the same time, they’re not settling in: 47% say they plan to get a new job within the next year. But we should note that the “job hopping” that has built them a somewhat unstable reputation is likely a result of their age, not their generational characteristics: young workers’ tendency to change jobs more often has not changed much in the last 30 years.

But Millennials’ reputation for career confidence looks like it could be founded: 86% tell us they believe they will have a successful career.

WHAT THEY WANT IN THE WORKPLACE

Having a job they enjoy is the most important thing to 13-32-year-olds who plan to work full-time. More than nine out of ten say it is extremely/very important to them, while 80% say getting along well with coworkers is important, and 74% say the same of working for an organization that offers good benefits. Helping other people/Making a difference ranks fourth in the list of their workplace desires, with 68% saying it is extremely/very important.

That doesn’t mean they don’t want a good salary: 64% say this is extremely/very important, ranking it fifth and just below making a difference. Of those 18-32-year-olds who are currently working full-time, 76% feel like they deserve to make more money. 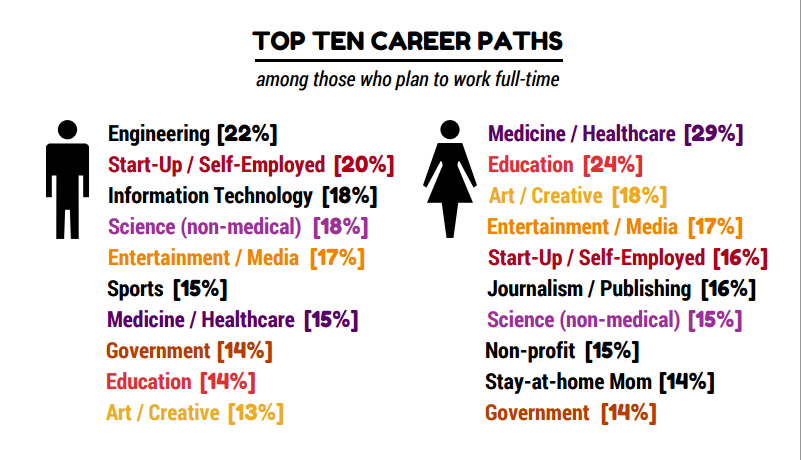 The top ten list of 13-32-year-olds’ ideal careers differs between males and females. While engineering made the top spot in males’ ranking, a career in medicine and healthcare is females’ top pick. Males are also more likely to want to work at a start-up or for themselves, and in tech and non-medical science. Meanwhile, non-profit and stay-at-home mom made females’ top ten list, and didn’t crack the guys side. (For the record, 4% of males 13-32-years-old, and 9% of males 18-32-year-old say they would want to be a stay-at-home dad.)

With only 18% of 13-32-year-olds overall saying they want to work in a start-up or be self-employed, there is a question raised about start-ups versus stability. Of the 13-32-year-olds who plan to work full time, 54% say they would rather work at a large established organization with many employees than a small start-up-like company with few employees. Though they have an entrepreneurial reputation, and certainly we know they admire those who strike out on their own, the majority of Millennials would choose stability over the risk of a start-up career. Not so hard to understand considering what they’ve witnessed in their formative years.