Things You Should Know: What’s Trending This Minute 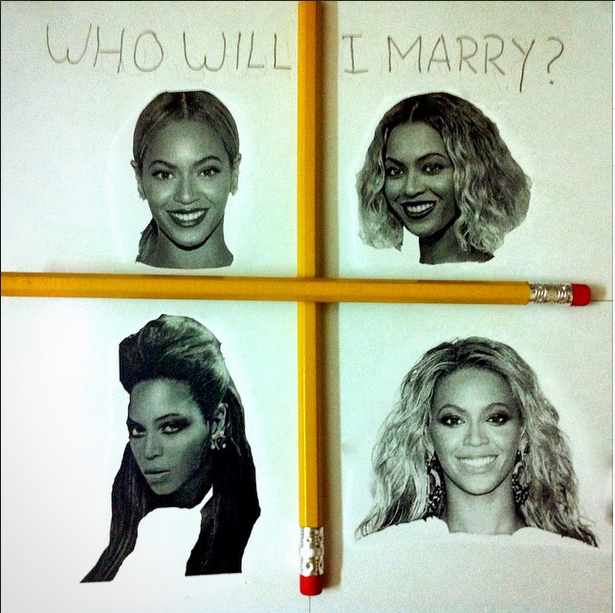 From video mashups to internet challenges, here are the trends young consumers are spreading right now, and what you can learn from them…

We spend every day exploring youth culture, so we come across plenty of trending content that says a lot about the interests and tastes of Millennials and teens right this minute. While many might roll their eyes at what the “kids are doing these days,” especially when they involve hashtag challenges, even these smaller “flash” trends can provide a window into the lives and minds of the generation. To pass our viral content knowledge on to you, we’re continuing our What’s Trending series to give you a snapshot of youth culture, and keep you on top of the things you should know, and what you can learn from it all: 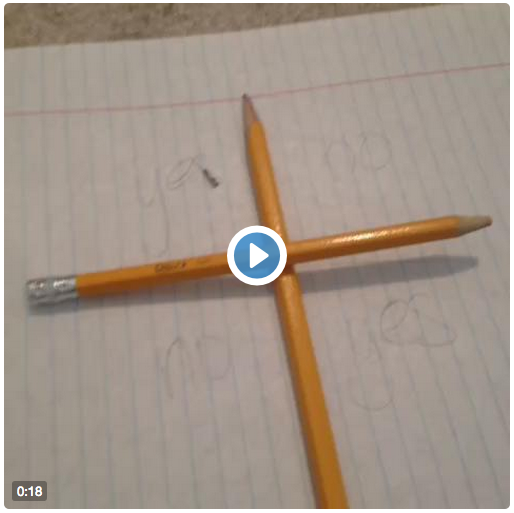 Grownups everywhere are shaking their heads at the latest teen trend: a game to “summon demons.” The #CharlieCharlieChallenge has been going viral on social media in the last week. So what is it? Teens place two pencils in a cross over a “yes” and “no” grid, then summon the supposed demon Charlie to answer their questions. The pencils move, and then the participating kids usually freak out. But of course, they’re sharing their voodoo exploits on Vine, Instagram, and Twitter so the whole world can see. Several media outlets have published tongue-in-cheek think pieces about the trend in the past few days.

The Lesson: The #CharlieCharlieChallenge reportedly originated on Hispanic social media, and has spread quickly into English-speaking territory. While there is plenty to think about here in terms of culture sharing and co-opting, or even the appeal of the supernatural to teens, we’d have to say there is also a somewhat simpler takeaway. This modern day Ouiji board craze shows that kids across generations are captivated by much of the same things, only this group of teens has the fortune/misfortune of having the technology to broadcast their interests. Rather than thinking of teens and Millennials as a completely different species, it can sometimes be helpful to remember that their behavior is tech-amplified, but not so different from those who came before them. 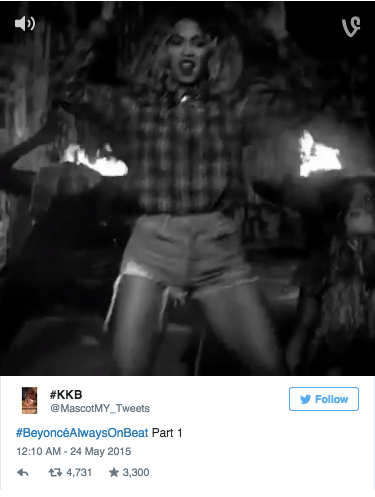 Beyoncé has many super fans, but one has made her a certified meme. This Saturday, Twitter user @MascotMY_Tweets posted a video of Knowles dancing, set to another artist’s song. The hashtag #BeyonceAlwaysOnBeat was born, and social media took over, creating Vines, Tweets, and Instagram videos showing that no matter who Beyonce dances to, her moves always work. Users have shared Bey videos edited to be paired with everything from other pop anthems to gospel songs.

The Lesson: Well, first of all, Beyoncé’s viral power shouldn’t be ignored. She is one of the few musicians who made the favorite lists of both teens and older Millennials in our look at favorite artists yesterday. But even more powerful than Queen Bey’s hips (and they are powerful) is young consumers’ interest and ability to play with video and content in continuously new ways. Mashups, super-cuts, and other viral video trends prove that they are always looking for another way to recreate and reimagine moving images. Brands should embrace, not avoid, their eagerness to manipulate and take ownership over content. 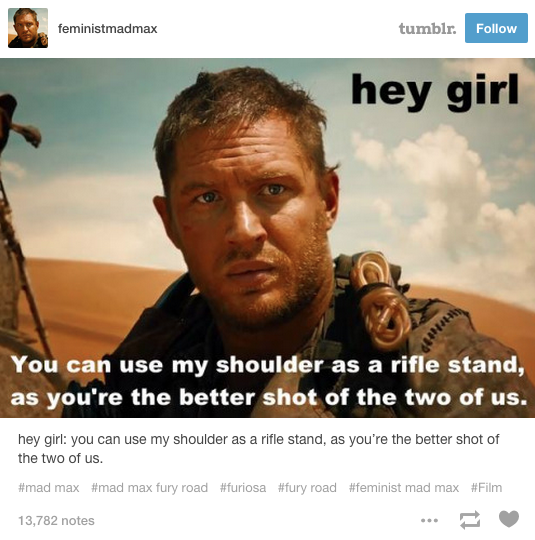 Mad Max is being given the Ryan Gosling, “Hey Girl” treatment, and the internet is loving it. Tumblr Feminist Mad Max is posting stills from the film along with text like, “Hey girl, You can use my shoulder as a riflestand, as you’re the better shot of the two of us,” and “hey girl, I’ll be your wingman, any day.” The feminist messages highlight the film’s pro-woman treatment of gender, and the equality of its two main characters—Mad Max might have the movie’s title, but Furiosa is its main focus. The blog’s first post has already been shared on Tumblr almost 14,000 times.

The Lesson: From Feminist Ryan Gosling to Feminist Lisa Frank, there seems to be no end to the ways Millennials can humorously apply feminism to content they love. Apart, these single-serving Tumblrs and memes might be interpreted as individual internet users’ personal projects, representing just their beliefs. But these Feminist [Fill In the Blank] trends are not one-offs, and their content has been shared thousands and thousands of times. Taken as a whole, it becomes more clear that feminism is something the generation has increasingly embraced, and that they will continue to find creative ways to spotlight, and continue the conversation around it.