The Feminism Debate: As Told By Millennial Pop Stars

Pop star feuds are nothing new. Case in point: Britney Spears vs. Christina Aguilera on everything from talent to style that dates back to their Mickey Mouse Club days; Mariah Carey vs. Nicki Minaj as mean girl judges on American Idol last year; even Madonna vs. Elton John in a decade-long spat that only recently subsided. Though these age-old feuds have (somewhat) faded, in their wake is a crop of young female stars feuding about something much bigger than personal rifts. Some of today’s most celebrated pop figures are trying to take the lead in the next frontier of feminism, but they’re stepping on each other along the way.

Feminism is defined as being in support of women’s equality, yet the term has been twisted and rebranded throughout time. The truth is, Millennial women and men are often confused about what it really means. Things like bra burning and man hating have been linked to the term in such excess that many might believe in all of the tenants behind the movement, but still not believe that they themselves are feminists. The shifting of gender roles for this generation tends to confuse things further, and somehow feminism for Millennials has taken on multiple meanings. In the world of pop stars, feminism has become the go-to buzzword as of late. Nearly every young female star is being asked “Are you a feminist?” in interviews, met with mixed responses. While Katy Perry and Kelly Clarkson have proudly declared that they are not feminists, other young female stars are using the word as a battle cry—both against the media and against each other. With their words under a microscope, Millennial pop stars have begun arguing over who is a positive influence on young female fans and who is truly a feminist—though their definition of the term varies. The rising debate shines a spotlight on the confused state of Millennials in defining feminism and its ideals. 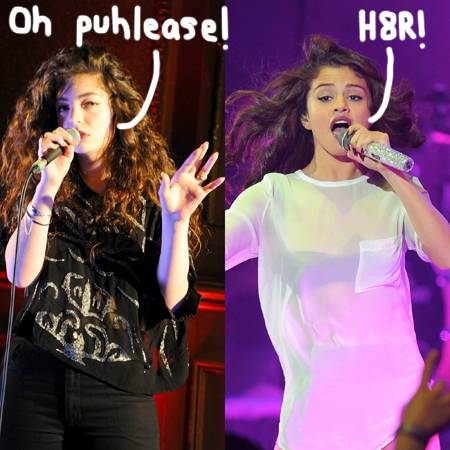 The most notable newcomer in pop music has been Lorde, the 17-year-old from New Zealand whose first single “Royals” is a social commentary on the lavishness of celebrity life compared to the normalcy of being a teenager. The maturity of her lyrics propelled the teen into international stardom virtually overnight, and her outspoken opinion on the industry and her pop star peers has kept her in headlines. Unafraid to name names, Lorde recently mentioned Selena Gomez in an interview, taking offense to her single “Come & Get It” whose lyrics read “When you’re ready come and get it from me.” Declaring herself a feminist, Lorde stated that she is “sick of women being portrayed this way,” and Gomez replied by calling Lorde’s statement “not feminism” and voiced disappointment for her “not supporting other women.”

We’ve heard this trope before, from the likes of Jennifer Lawrence and from Taylor Swift (Selena Gomez’s bestie, no less) who quoted Madeleine Albright’s famous phrase “There is a special place in hell for women who don’t help other women” after being made fun of by Tina Fey and Amy Poehler at the Golden Globe Awards. Swift seems to be an easy target. Lorde also mentioned her as “so flawless and so unattainable” that she is not “breeding anything good in young girls.” While Lorde did take to her Tumblr to apologize for that statement, applauding Swift for using her imperfections in a powerful way as a role model, and blaming “photoshop culture and the endless strive for perfection” as the impetus for what she meant, the lines of feminism have no doubt become blurred. On one hand, the word can encompass the treatment of women towards one another. On a larger scale, certain young women like Lorde are embracing the idea as a cultural statement, and a representation of women’s responsibility to uphold values and create strong figures in society.

Lorde is not alone in using this particular definition of feminism. Lily Allen, a fan of Lorde’s music, is charging down a similar path with her new single “Hard Out Here,” which paints the glass ceiling, sexual double standards, and gender stereotypes for women in pop culture and out of it as an injustice. The music video features enough twerking to last until Miley Cyrus’ next performance and the word “bitch” on repeat, but when taken in context provides a biting commentary on how women are portrayed primarily as sex objects, either encouraged by the industry or created themselves. The “Hard Out There” video has been called a “feminist anthem.” 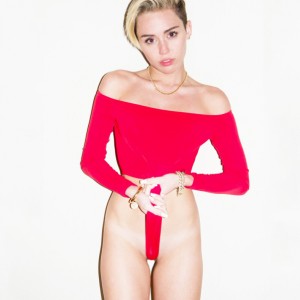 While sexual objectification is being considered a mark against feminism by some female Millennial stars, Miley Cyrus, queen of controversy, thinks otherwise. As a pop star who has created an image based on provocation, she recently claimed “I feel like I’m one of the biggest feminists in the world because I tell women to not be scared of anything.” Repeat: one of the biggest feminists in the world. Cyrus’ antics have been consistently attacked since her Bangerz album transformation, illustrated by the multi-generational social media feud between her and Sinead O’Connor. While their spat “just tear[s] each other down and that’s not feminist in either direction,” Cyrus supports her audacious claim to be feminism’s modern poster-child by claiming “There’s absolutely no contradiction at all between being a feminist and taking your clothes off and being comfortable about displaying your sexuality.” Cyrus’ approach to feminism captures the Millennial sentiment of uninhibited exploration, pushing the boundaries just far enough to be called scandalous. This generation is often unfazed by controversy since they have access to see it all, and some are engaging with feminist ideals by putting sexuality in the forefront, by choice.

Fans are propagating the feminist pop star link with online personas like parody Twitter account @FeministTaylorSwift, that turns the singer’s effervescent pop lyrics into feminist statements, and even flipping the gender switch to make fun of Drake for being too effeminate in the viral meme “Drake The Type Of…” These social media stunts represent the type of brandjacking and celebrity sarcasm that Millennials are becoming known for, and are created in response to the conversation surrounding modern gender roles.

In the blurred world of pop culture feminism, 17-year-old Tavi Gevinson, one of the original fashion bloggers, creator of the Bible for teenage girls Rookie Mag, and well-known feminist, is a die-hard Taylor Swift fan. But Gevinson’s definition of feminism might best encapsulate the Millennial attitude. She calls it “not a rulebook but a discussion, a conversation, a process.” keeping the definition of the term open to interpretation and change over time.

As Millennial stars and fans toss around the idea of what feminism looks like today, the larger theme of the conversation seems to be the interest in being a positive influence for young girls everywhere. Though the definitions of what that means might not be the same, their willingness to air their differences could be inspiring a new take on the modern day woman…and yes, feminist.