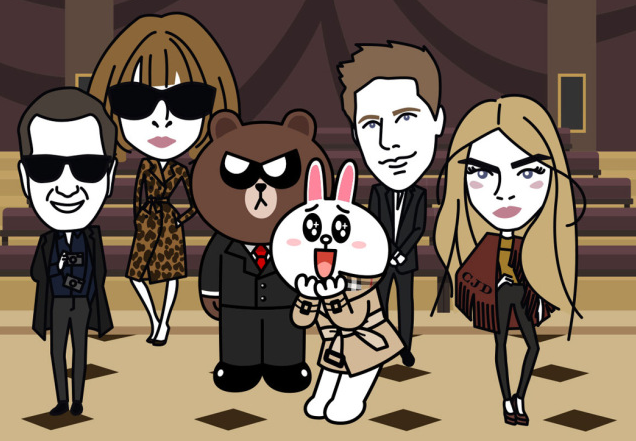 Designer brands are using fashion week to show off their social marketing savvy, creating campaigns that open up the runways to young consumers in new ways, give them a look behind the curtain, and access to new trends in record time.

Today marked the final day of (a freezing) New York Fashion week, and while some trends might come and go, the starring role of social media in the fashion world is clearly here to stay. Last year, we told you that the fashion world provides behind-the-scenes access and up-close-and-personal coverage of the shows prior to, during, and after fashion week via social media feeds, updated constantly by brands and fashion’s elite insiders. Since this type of exposure is now expected from followers, designers must look to new and innovative ways to connect and engage its socially savvy audiences. Word on the street is that social media fatigue is plaguing the fashion elite, and Fashionista noted that, “Even among the most active of social media-ing showgoers, there’s a looming feeling of ennui in the front row this season — specifically when it comes to getting that perfect shot for Instagram.” But despite the sense among fashion week’s insiders that their personal social accounts need a break, there is no turning back the influence of social platforms on the fashion world; and if anything, social marketing campaigns around the events are only getting bigger.

While last year fashion brands had begun to dabble in sharing runway and backstage access photos through Skype, Twitter, and, of course, Instagram, this year we’re seeing fashion week social media marketing taken to a whole new level. Here are three campaigns that are capitalizing on fashion week buzz, and partner fashion brands with social platforms to provide new content, democratize fashion trends in real time, and give young followers even more access to the rarified fashion world: 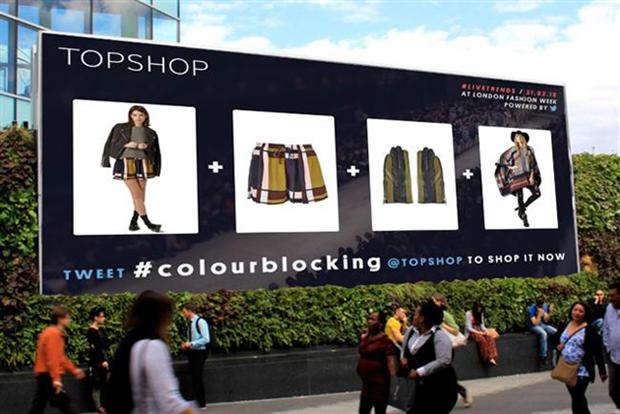 London Fashion Week begins tomorrow, and Topshop is using Twitter to give consumers the ability to see and wear new trends in record time. The retailer is setting up digital billboards in walking areas of London, Leeds, Birmingham, Liverpool, and Glasgow which will broadcast live fashion week content curated from Twitter data in real time. Key runway trends like #pleats or #colorbocking will be called out on the billboards as well, along with current Topshop clothing that matches the fashion week styles. If customers tweet @Topshop with one of the tags, they’ll be given a curated Topshop shopping list based on the trend. The closest Topshop will be within a 10 minute walk of each billboard, so interested shoppers could go to purchase the soon-to-be-big looks almost as soon as they are shown. Other social marketing efforts by the brand will include a tweet-activated vending machine at the Topshop Unique fashion show, and a Vine booth that models will visit before walking down the runway. 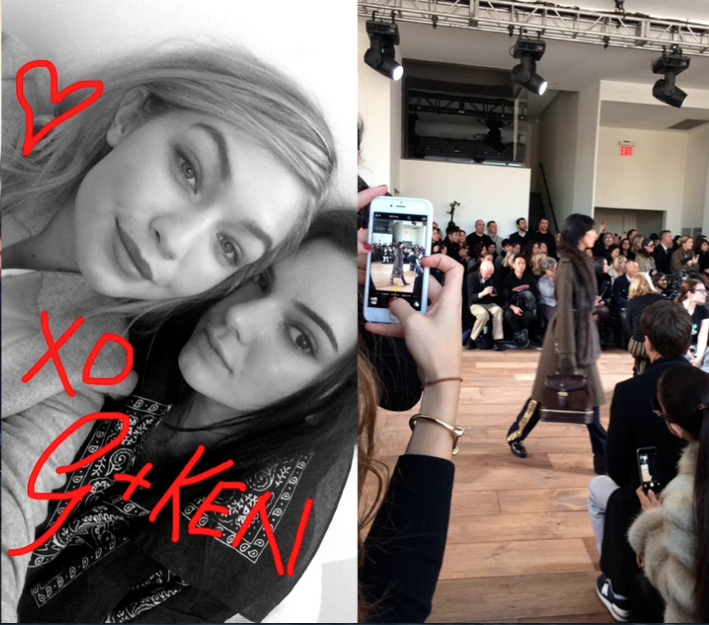 Snapchat was the not-so-secret star of New York Fashion Week. Observer wrote of the app’s appeal, ““Snapchat’s temporary nature could become an asset as fashion leaders long for a sense of renewed exclusivity. Amassing hundreds of likes on an Instagram post feels nice but what could be more rarified in our increasingly shareable world than content that vanishes in seconds?” It seems everybody was snapchatting the backstage and front row moments of the shows, with Adweek declaring that “Snapchat wins New York Fashion Week.” While blurry images of runway models and celebrities may appear less-than-desirable on Instagram, where perfect shot are the goal of the game, on Snapchat they are much more natural, and will, of course, quickly disappear. Snapchat used their Our Story feature to curate all of the behind-the-scenes action. Opening Ceremony, Refinery 29, and more shared videos and pictures throughout the week. Michael Kors, one of the first brands to purchase an ad on Instagram, worked with the platform to launch their Snapchat profile, and filled it with glimpses of life backstage. 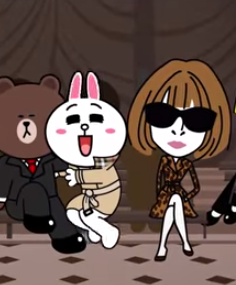 For many young consumers, chat apps are as vital to their everyday interactions as social media and some smart brands are infiltrating increasingly popular chat spaces, and engaging their young users. Burberry, which has a history of forward thinking digital marketing, has partnered with messaging app LINE to live stream their 2015 London fashion show in real time. Using LINE’s “Live Cast” function, the label will allow users to experience their London Fashion Week collection. LINE’s adorable digital sticker characters Cony and Brown will also be outfitted in Burberry trenches and scarves for the occasion. The campaign makes them the first fashion brand to become “fully immersed” in the LINE app and is part of their efforts to increase their footprint in Japan. A campaign video shows the beloved Cony and Brown, a bear and rabbit, decked in Burberry and rubbing elbows with fashion icons like Anna Wintour and Cara Delevingne.