Trends That Set the Stage at Fashion Week

Some members of the fashion elite have been lamenting lately over the influx of bloggers and social self-starters on the scene. But the secret fashion showcases of decades past are no longer en vogue, trumped instead by modern fêtes and collections that combine the high and low culture of both people and trends. Millennials are notorious for representing high-low style, investing in certain quality pieces while littering their wardrobe with thrifted scores and fast fashion knock-offs. Designers have taken note, and are finding inspiration in what Millennials are most interested in, from weaving nerd culture into the aesthetic or showcasing underground talent. A myriad of designers are leading the charge for a more youthful and exciting display during fashion week, and they’re finding that letting fans inside the velvet rope makes for a better show. We followed the frenzy surrounding New York and London’s Fashion Weeks to bring you three trends that made the most noise in the fashion industry and with Millennial followers. 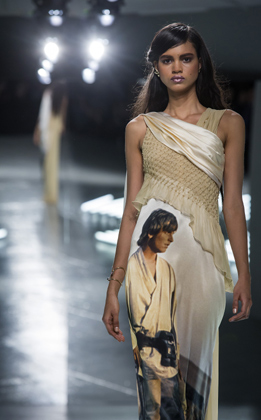 1. Fashions of a Galaxy Not So Far, Far Away
Star Wars is gearing up for a big boom (as if the hype ever subsided) for the release of the animated series Star Wars: Rebels and as Episode VII preps for filming. The movie franchise and couture may seem an unlikely pair, but designers and their muses have more eclectic interests than just silk and florals. The sister team behind Rodarte sent a quite literal interpretation of the franchise down the runway, with Luke Skywalker, Yoda, and C-3PO prints dominating dress silhouettes. Just as the pair were gaining accolades for their playful and nostalgic references, Preen debuted at London Fashion Week like the girl wearing an identical dress at prom, showing Darth Vader pop art prints and giving Stormtroopers a cameo on the runway. Yet no one batted an eye at the double Star Wars feature. Nerd culture showed its strength, and praise from fans of both fantasy and fashion poured out, leading us to believe that the opening of the fashion world to other niche interests is a welcome evolution, and one that could prompt sought-after collaborations. 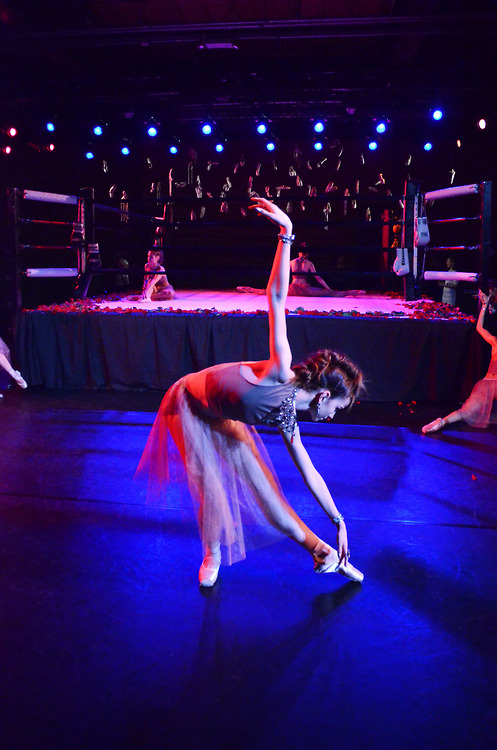 2. All the World’s a Performance Art Stage
Music artists took a page from the gallery of performance art last year, from Jay Z’s “Picasso Baby” showcase at Pace Gallery to Kanye’s masked “Yeezus” tour, and now the medium is finding its place in the fashion world. Cult brand Hood by Air is known for its celebration of punk and urban street style, this season sending models down the runway sporting facial prosthetics in odd places, bleached eyebrows, and thick wigs to present a deconstructed concept of beauty. Vogue noted, “how refreshing it is for someone like Shayne Oliver to so authentically create a high-fashion aesthetic drawn from places of underrepresentation and underprivilege.” But what made the show one of the most memorable of the season was its final strut. Dancers from different voguing crews joined each other in fierce, uninhibited voguing, displaying a passionate realness very different than the usual model lineup. Dannijo, the jewelry brand known for the popularization of the phrase “arm party,” also enlisted the help of professional dancers, showcasing their line of jewels in a boxing ring with choreographed ballet dancers—now known as “Boxerinas.” This performance art trend provides a raw, emotional element to the fashion and turns it into pure entertainment. 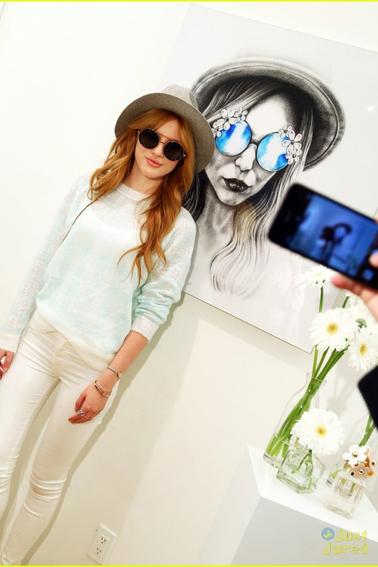 3. Tweet Me if You Want to Meet Me
The fashion world provides behind-the-scenes access and up-close-and-personal coverage of the shows prior to, during, and after fashion week via social media feeds, updated constantly by brands and fashion’s elite insiders. Since this type of exposure is now expected from followers, designers must look to new and innovative ways to connect and engage its socially savvy audiences. Marc Jacobs ran perhaps the most interesting campaign this season, exchanging tweets for modern currency in the pop-up Daisy Marc Jacobs Tweet Shop. Those who tweeted #MJDaisyChain were rewarded prizes and giveaways exclusive to the campaign. Tommy Hilfiger also interacted with fashion followers by offering insider access of his show to everyday Instagrammers. Other notable campaigns included Rebecca Minkoff’s use of video app Keek and Victoria Beckham’s collaboration with Skype. These concerted efforts to use alternative social media marks a change in the tides for the fashion world, gaining more acknowledgement from Millennials and Plurals as a result. 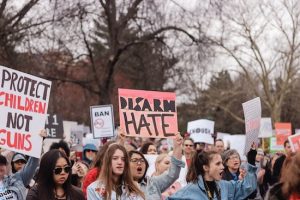