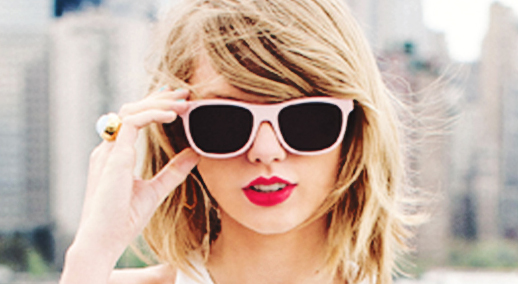 From making fan outreach a personal affair to mastering the art of the tease, brands should seriously take some notes off T. Swift’s marketing tactics.

Earlier this year, Taylor Swift penned an article for the Wall Street Journal on the future of music. Some scoffed at the idea that the young singer was being used as an expert opinion, but in between comments about wanting a nice garden and being an “enthusiastic optimist,” she offered some interesting thoughts. The star said that in the future artists will get record deals if they have big followings on social media, and also commented on the decrease in album sales, emphasizing the importance of surprising fans and staying inventive to please the “YouTube generation.” She wrote, “My generation was raised being able to flip channels if we got bored, and we read the last page of the book when we got impatient. We want to be caught off guard, delighted, left in awe.” Well, we’ve been paying attention to Swift’s efforts to surprise and delight her own fans, and this year she has consistently made headlines for her tactics, not only keeping her name in the spotlight, but also building buzz for her new album, and making fans feel she is as devoted to them as they are to her. So whether or not you like her earworm hits, brands could learn a few marketing lessons from Taylor Swift. Here are three moves out of the T. Swift playbook: 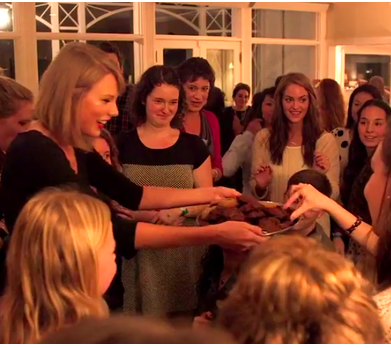 In April, Taylor Swift surprised a super-fan at her bridal shower in Ohio, bearing multiple gifts and impressing the internet with her devotion to the Swifties. In September, she responded to another fan’s Instagram post with a heartfelt message about her experience with bullies, encouraging the young girl to be herself. She emphasized their connection and signed it, “Forever on your side, Taylor.” This month, it was revealed that she invited hundreds of fans to her homes for secret listening sessions of her new album 1989 before its release. They baked cookies together, listened to the album, and played with her cat. Swift reportedly “stalked” her fans on Instagram, Tumblr, and Twitter for months to choose the attendees. She has called these fan parties the 1989 Secret Sessions, and they have garnered her tons of press. We know that young Millennials are drawn to the celebrities they feel could be, or even are, their friends, which is one of the reasons that YouTube stars have become so incredibly popular with them. These intimate fan gatherings and sympathetic messages of Swift’s make everyone watching feel as if she has a personal relationship with her fans. Perhaps more importantly, it makes the fans feel like she really cares about them, which is something that every brand should be making their customers feel. We have written in the past about the rise of personalized marketing, and the advantages to reaching out to a smaller focused group of consumers to make a big impact and create a compelling story. If done right (hint: with sincerity), this “audience of one” marketing can transform a brand experience from transactional to a relationship. What Taylor Swift has done with her fans and the Secret Sessions is make that major personalized impact with a few, while creating an image of a completely accessible pop star for the many. 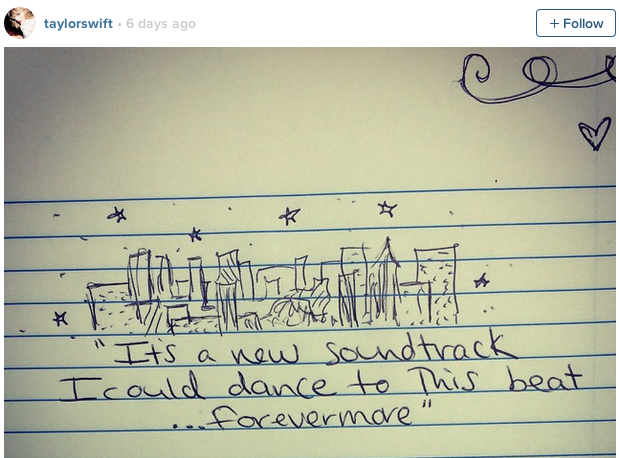 Taylor Swift might be the master of the social media tease. In August, before her new album had been announced, she posted a video on Instagram of an elevator button being pushed six times. The button was for the 18th floor, and the video was posted with the message, “So, here’s your first clue…” which led to a slew of speculation over the video meant, and if a new album was forthcoming. Swift continued to post clues about the album’s release over the course of the summer, building buzz and anticipation with fans and earning herself healthy press about the potential album in the meantime. Now that everyone knows that 1989, being released October 27th, is the album she was hinting at, she’s still managing to tease its content. Last week after releasing “Out of the Woods,” the singer posted a photo of lyrics and a skyline drawing on her feed. Today, she released a clip of the track “Welcome to New York,” the song her earlier illustration was hinting at. So what can brands take away from all this teasing? Swift emphasized the importance of surprising fans, and it’s clear she knows how to use her own fan following to build excitement, making even the most typical move—an artist releasing an album in this case—feel like it is full of surprises. Why not borrow from her playful, anticipation-building approach when launching new products or campaigns to potentially increase awareness make the average feel more exciting? 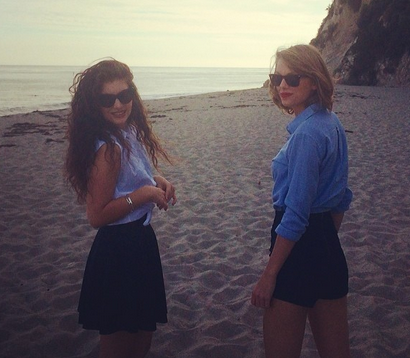 After teen singer/songwriter Lorde was quoted saying some negative things about Taylor Swift, the two went to great lengths to make it known that they had patched things up, and make the story of their friendship the focus in the media. Their relationship has become a well-publicized series of joint outings and messages of support on social media. We wrote about their now-famous friendship when we discussed Millennial musicians who are making fame a team effort, and the appeal of working together and staying positive for the generation. Lorde isn’t the only unexpected person on T. Swift’s contact list. Her “cool friend” roster includes Lena Dunham, and fellow pop starts Demi Lovato and Selena Gomez. These friendships, and the clear “we all get along” message that is broadcasted with every Instagram post of hangouts and sleepovers, have earned as much coverage as any starlet fued would have in the past, while establishing a reputation for Swift as someone who interesting people want to be around and work with. Ok, we understand that most brands are not going to become “best friends” with their same-market rivals, but Swift’s bestie-approach can work wonders for brands of differing categories. Millennials want brands to work together to make their lives easier; and smart, fun partnerships between brands they might not expect to be in the same corner will gain their attention and likely their support.