Just For You: Next Level Personalized Marketing 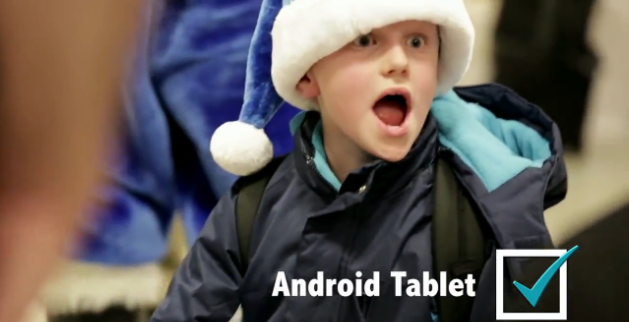 What if marketing wasn’t about convincing everyone to buy something, but instead won consumers over by making someone’s day better? We wrote about personalized marketing as a way to create exclusive, and sharable, experiences for consumers earlier this year, and the trend is continuing strong; providing a strong counterpoint to traditional brand messaging. A great post by Robin Lewis of The Robin Report recently covered the impending death of mega-brands, and mega-messaging. Lewis writes:

That advice echoes our own predictions that marketing will have to become more customized to capture Millennial consumers’ attention. Brands that are shifting from broadcasting a mass-message to reaching out to small groups, and sometimes a single consumer, with a tailored experience are rising above the marketing melee in more ways than one. If done right (hint: with sincerity), this “audience of one” marketing can transform a brand experience from transactional to a relationship. These five examples show that next-level personalized marketing is continuing its rise as the way to spread a brand messages, in a uniquely impactful way. 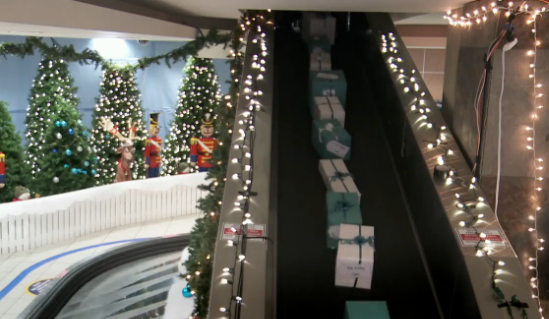 Warning: watching the commercial described below might make you tear up at your desk.
Travelling during the holidays has earned a pretty bad rap, and consumers are fairly used to airlines treating them like baggage around Thanksgiving and Christmas. But Canadian carrier WestJet might have restored our faith in the holiday spirit with a single spot featuring some perfect personalized marketing. In late November, the brand greeted 250 passengers flying out of Toronto and Hamilton with a Santa screen, a kiosk where they could scan their boarding passes, and tell a streaming Santa what they wanted for Christmas. Requests ranged from a boy wanting a choo-choo train to grown-ups wishing for big TVs and new underwear. While the unknowing participants were on the planes, WestJet employees waiting at the flights’ destination rushed to purchase every item on the travelers’ wishlists. Once they had landed, the weary passengers were greeted at the luggage carousel with wrapped packages containing their own personal Christmas gifts. The footage of the group opening their gifts, then laughing and crying when discovering the contents is enough to warm any Grinch’s heart. A follow-up news release from the airline promised that if their video hit 200,000 views they would be donating a flight to a family in need—the goal was reached yesterday, just one day after the spot was originally posted on YouTube. Today, the video passed 2 million views, a true testament to the contagious nature of personalized messaging. 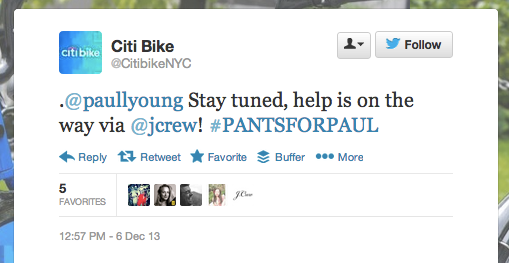 On a recent rainy Friday, New Yorker Paul Young fell off his Citi Bike while riding to work and ruined his pants. Not too unusual for a young urban commuter, but thanks to social media, his story didn’t end there. Young tweeted about the incident and sent out a quick message reading, “@Citibike bro my khakis are all messed up #PLEASESENDPANTS,” before heading into four hours of meetings. But while Paul was offline, Citi Bike NYC was responding to the cry for help. The brand paired up with J.Crew to deliver a gift certificate for new pants to Paul’s office, tweeting out, “@paulyoung Stay tuned, help is on the way via @jcrew! #PANTSFORPAUL.” Young sent out a picture of the surprise gift with a note of thanks, crediting both brands for making his day. Not surprisingly, the story of two brands banding together to (adorably) help out a single consumer in need was picked up and by multiple blogs and both J.Crew and Citi Bike came out looking like caring heroes. Paul might have put the lesson behind this moment of personalized marketing best when he wrote on his blog, “Citi Bike and J Crew, I love you — and people love brands being human.” 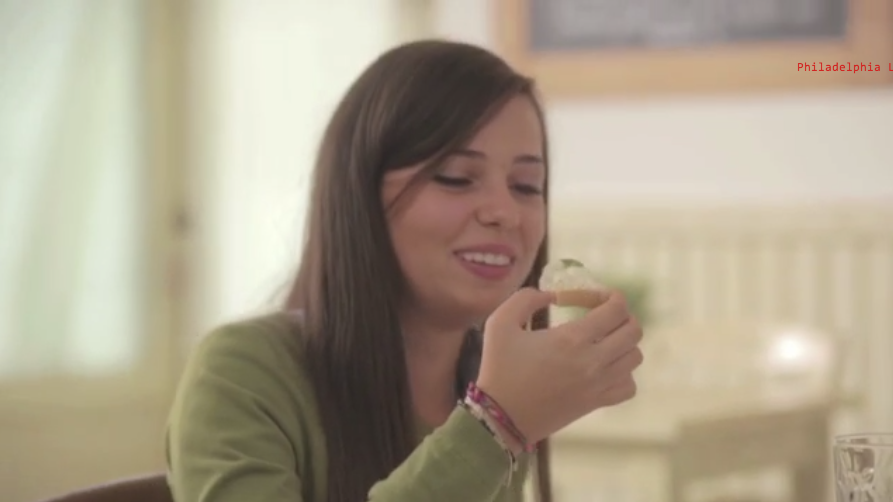 When Philadelphia cream cheese noticed requests from Italian fans on their Facebook page asking them to create a lactose-free version of their tempting product, they rose to the challenge. But when it came to introducing the lactose free spread, they didn’t just shout it from the airwaves, but instead turned to the very consumers who had requested it. The four women were invited to a special tasting, where lactose free Philadelphia treats were presented to them in a buffet created by the Philadelphia team. In the sweet video they created commemorating the event (which naturally became a TV spot) the brand features those initial requesters by name, dedicating their lactose free product to “Elena, Eleonora, Chiara, Martina…and all lactose intolerant people.” 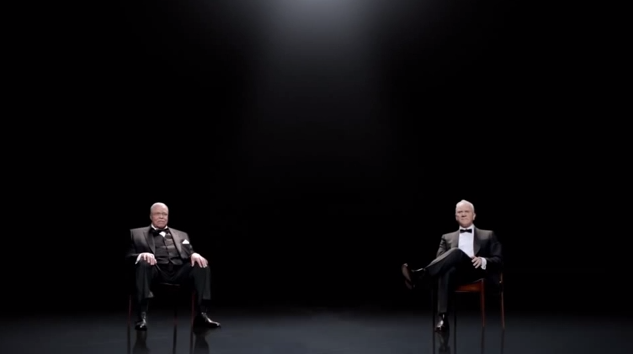 4. Sprint Thinking About You

In their latest campaign, Sprint has “honoring” their customers by featuring their tweets and texts in a series of commercials that puts the mundane exchanges we have into the spotlight. Starring James Earl Jones and Malcolm McDowell somewhat surreally reciting real world dialogue, the campaign is all about making personal conversations the star of Sprint’s marketing. But with their “Thinking About You” spot, the brand upped the personalization ante, not only spotlighting a text exchange between Sprint customer Danielle Gray and her boyfriend, but actually debuting the commercial on Danielle’s own Twitter feed. Gray had previously tweeted her love of the series, and Sprint reached out to her to participate. The video remained exclusively on her personal account from 6p.m. to midnight the day of the premiere, making Danielle’s already customized commercial even more uniquely hers. 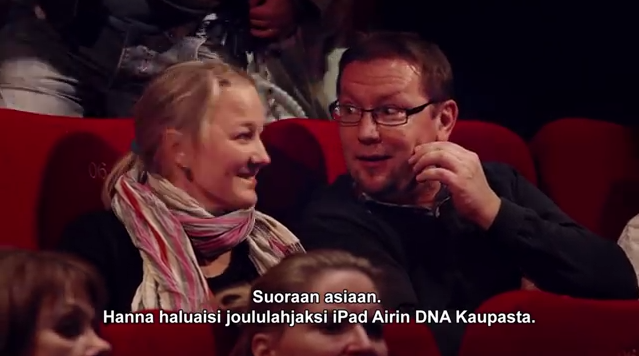 Finnish mobile company DNA wants to help its customers make their holiday wishes come true. Their new Wish Service lets people choose the tech gift that they’re coveting from tablets to smartphones and cameras, has them choose a form of media to communicate their wish, and then lists it on the company’s webpage to gain likes. The wishes with the most likes will be broadcasted in major ways—written on billboards, displayed in TV ads, sung by a choir—in order to get the message across to their partner or family. The campaign kicked off with one woman’s wish for an iPad from her husband. DNA surprised the couple at the movies by instead live-streaming a man in their house on the screen, who called the husband in real-time to tell him what his wife wanted. These not-so-subtle hints are great icebreakers for gift wishes and let the customers become the star of their own campaign. 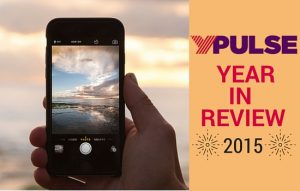