How NOT to Market to Millennial Women

Somehow, major mistakes in marketing to Millennial women persist in too many markets, and many brands have failed to understand how they want to be targeted…and what sets them off.

They’re increasingly the primary breadwinners of their households, they’re more educated than their male counterparts, and they’re purchasing decision makers and influencers both online and off. We know Millennial women are a hugely powerful demographic, so why do so many brands continue to misjudge how to market to them? It seems not a month goes by without another brand being called out for a major misstep in advertising to the women of this generation, and the girls of the next, and it’s clear that some fundamental dos and don’ts of approaching this group need to be reviewed.

In our recent countdown of five big mistakes to avoid in Millennial marketing, we included “Using Throwback Gender Tropes” and told readers that “Too many brands are still relying on some traditional gender stereotypes that just plain don’t resonate with Millennials, who are constantly redefining their gender relationships.” We’ve outlined in the past that Millennial women want brands to be honest and take off the kid gloves, that they’re drawn to celebrities and brands that don’t take themselves too seriously, and that Girl Power marketing grown up is capturing their attention. But today we’re highlighting some of the ways NOT to market to Millennial (and post-Millennial, and yes, even Xer) women by looking at two recent marketing blunders to address some of the big faux pas that continue to persist. 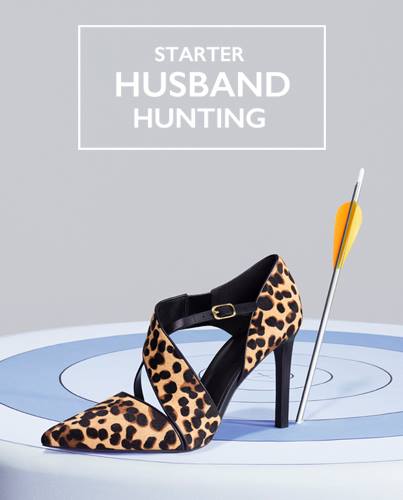 Don’t Assume Men Are Their Goal

Here’s a quick test: before launching a campaign, ask, “Would this fit in with advertisements made in the 1950s?” If the answer is yes, you might want to rethink it. We understand if this sounds ridiculous, but we continue to see marketing that uses messaging aimed at women that seems downright antiquated. Nine West faced criticism at the end of July for some print ads that the brand clearly intended to be playful and “edgy” but came off as outdated and even insulting. One of the ads features the text “Starter Husband Hunting” and was tweeted out with the message, “It’s hunting season. If you’re looking for Mr. Right or Mr. Right Now, we have a shoe for that.“ The concept steps over the line of talking to young female consumers as empowered women and instead speaks to them like they’re man-crazy—and yes, this ad looks like with a few tweaks it could appear in a 1956 magazine. MediaPost’s coverage of the backlash touches upon the out-of-date tone:

“The bigger issue is that the ads are tone deaf in a way that indicates they may not be fully aware of who the “modern woman” they’re targeting really is. Modern women are looking for things that will make the rigors of their day a little easier, a little more snazzy and as enjoyable as possible. That could mean hanging out with friends, running to meetings, taking care of children, or any number of other things. The emphasis on getting a man is, as one commenter in that Mashable story notes, really old fashioned.”

Another of the ads shows a purse holding flip flops, with the text “Anticipatory Walk of Shame.” The New York Times called the ads “problematic” and pointed to the fact that the phrase “walk of shame” does not resonate with the way Millennial women would view a trip home after a night out, which they might instead call a “victory lap.” Compare the Nine West ad with a 2011 Harvey Nichols commercial, which equates the “shame” of walking home with not looking well-dressed, and promotes the retailer as a “Stride of Pride” outfitter. The differences are subtle, but they’re there: advertising that communicates finding a guy as a goal, or uses out-of-touch language to describe women’s behavior is missing the mark. 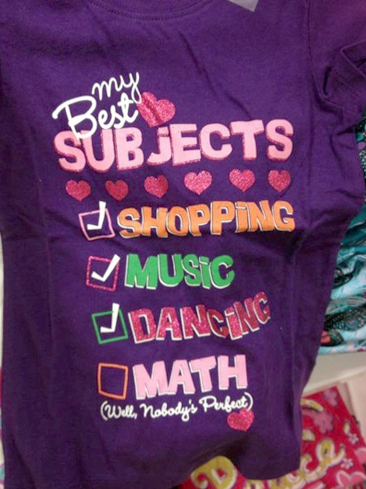 Don’t Dumb Them Down

When the NFL began to introduce team jerseys and gear for women, their strategy was called “pink it and shrink it.” Rather than providing existing fan-gear in women’s sizes, the organization made everything for women pink and sparkly. Female fans didn’t appreciate the lack of team colors, and critics called the lines demeaning to women. It 2010, the NFL rethought their female-strategy, and since the shift from their strategy of “pink it and shrink it” they witnessed an increase in women shoppers and a 40% sales increase in one month. Cries against “pinkwashing” like this are common—but there is more than one way to pinkwash. Creating products and messaging that dumb down young women and assume that they aren’t interested in school, science, and other “boyish” activities is another major marketing misstep that we have yet to see the end of. In 2011 a rash of retailers were being called out for selling girls’ tee-shirts that with slogans like “Too Pretty for Homework” and “Allergic to Algebra.” In 2013 the trend continued, and the Children’s Place pulled a shirt implying that girls like shopping but not math after major online backlash. 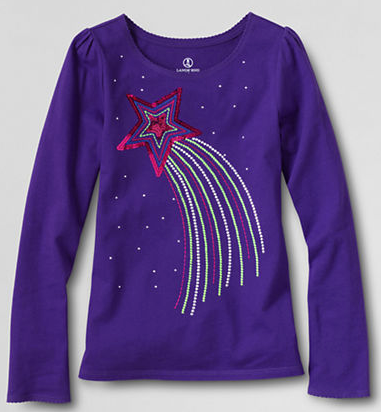 This year, one mom wrote an open letter to Lands’ End asking why there have been cool science shirts designed for boys but not for girls. The shirts offered to girls featured sparkly purple planets and stars, but did not offer “NASA Crew” and seriously science themed designs available for boys. The disparity seems suspiciously like the “pink it and shrink it” mentality of dreaded pinkwashing. Wisely, Lands’ End addressed the accusations of gender stereotyping on its Facebook page directly and has now launched an entirely new line of science-themed tees for girls who love NASA, sharks, and the like. The controversy is eerily similar to the backlash that Lego faced earlier this year when a 7-year-old girl called attention to the fact that female Lego characters “sit at home, go to the beach, and shop,” while male figures “saved people, had jobs, even swam with sharks!” It was not the first time that the toy maker had been criticized for using gender stereotypes in their designs for girls. Now Lego has released a female scientist set (which already has a Twitter tribute account) and many consumers are hoping that it is a first step in creating equal toys for girls and boys. It’s clear that young female consumers, moms and daughters alike, are interested in being given options that are as cool and smart as those that are offered to their male counterparts. While this doesn’t mean “don’t sell pink to girls” necessarily, it does mean that retailers and other brands need to be more aware that dumbing down the products aimed at female consumers is seen as sexist, and doesn’t help sales either.

North America
Taylor Swift is The Newest Celebrity Private Jet Controversy on The Viral List
TL;DR Taylor Swift has been called out for having the highest emissions of...
North America
What Is Wellness? Trend Report
Gen Z and Millennials have come a long way from a diet-driven wellness culture, but the...