Start your weekend with the ultimate Millennial fix: everything you missed this week and more. TGIF! 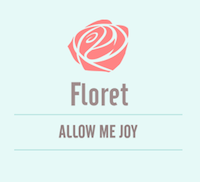 A dating app isn’t always just a dating app. We waded through the services putting cupid in a smartphone that are built for the generation, offering interest and Instagram-based profiles instead of snap-judgments. Now, secrecy apps are being used as hookup tools, connecting young users based on the emotional connection of secrets or simply through posts like “Bored as hell at work. Somebody talk to me. 19 male.” Secrets are a safer way for Millennials to exchange inner thoughts than Tinder’s gamified and Facebook-tied approach, but don’t miss another dating app on the market that keeps relationships virtual. Floret matches users based on a ranking algorithm and focuses on the exchange of videos, photos, and messages online instead of the chance to meet up IRL. Could internet-only flings be the new thing? 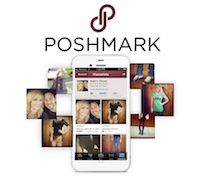 2. Taking Out the Middleman

Online consignment is reaching a boom, and we highlighted the startups that are cashing in on the retail carousel. Each company’s “white glove” services manage the process from sorting to selling, but those that want control over the resale can turn to Poshmark. Virtual closets on Poshmark allow users to post any items for free, and the app protects both sides of the sales equation with money-back guarantees for purchasers and pre-paid shipping for sellers. Poshmark saw 1.5 million transactions in 2013, leaving Millennials with a hands-off approach where they can style pieces to their own taste, organize Posh Parties for category sales, and even negotiate with each other on price. 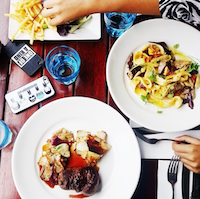 Three in four Millennials like to cook and over 90% consider it an art. No wonder they are quick to share images of food on social media, no matter if it’s their plate or someone else’s. Our infographic snapshot on Millennials in the kitchen explored their relationship with cooking, but don’t miss more exclusive data from our Biweekly Data Archive, available to Gold Ypulse.com subscribers: 44% of Millennials have posted a photo of food or drinks that they (or someone else) was having on social media, and 57% have tried a recipe that they saw posted on social media. In terms of their day-to-day spending, easy options like take out and fast food still took precedence over cooking, with 33% having spent money on fast food or take out yesterday and 26% spending on groceries. 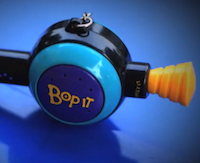 Why do Millennials obsess so much over the ‘90s? Sure, the decade holds precious childhood memories for many of them. But it was also a time of wholesomeness, originality, and an almost tech-free existence that they actually miss. Playing off of the revival of childhood favorites on the big screen like LEGOs and Teenage Ninja Mutant Turtles, don’t miss “Literally Everything Else From Your Childhood: The Movie” starring dinosaur-shaped chicken nuggets, Tamagotchi, bean bag chairs, Lisa Frank stickers, Lunchables, and more, dreamed up by Wil Wheaton. In case this preview for the “most pandering nostalgia film of all time” didn’t fill your ‘90s fix, check out “Saturday Morning Slow Jams,” a series of videos from Postmodern Jukebox YouTuber Scott Bradlee that remixes cartoon theme songs into jazz versions. 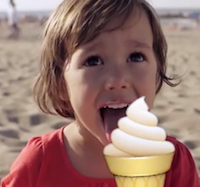 Emojis are already a part of everyday life for most Millennials, and have even been given their own app for emoji-only conversations. Now they’re being used as characters in real life in a video from stock footage company Dissolve. “Emoji Among Us: The Documentary” shows the seemingly real-life nature of emojis and their expressions, and is a unique marketing tactic from Dissolve that showcases their services through demonstration instead of overt branding.