When Oreo commemorated pride month with a blog post featuring a rainbow cookie in 2012, they were one of the few brands making a pro-Pride Month statement, and made a huge splash. In the two years since, celebrating LGBT pride has become much more of a norm, with brands like Grey Poupon and Honey Maid not only incorporating LGBT families and couples into their marketing, but celebrating June with special marketing commemorating LGBT pride.

Making LGBT efforts a part of larger advertising is a significant shift from previous years when consumers didn’t know that brands like Budweiser were sponsors of LGBT activities. The shift matters when it comes to Millennial consumers. Their passion about LGBT rights can have an effect on their perception of brands. When we asked in March how it would affect their opinion if a brand they liked took a stance to actively support LGBT rights, 40% said they would like the brand more, and 28% said they would make a point to buy their products more often. LGBT rights also ranked in the top three of causes they are passionate about. One 26-year-old female told us, “When Starbucks donated money towards pro-LGBT lobby groups. I wasn’t surprised…[but] I started buying more coffee from them.” We’re just eleven days into June, and some brands have begun to put out Pride Month messaging that could contribute to a shift in how Millennial consumers perceive them. Here are three Pride campaigns that have stood out so far: 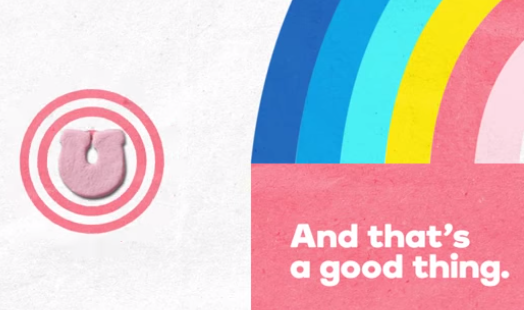 For as long as Millennials can remember, Lucky Charms cereal has featured a manic leprechaun only interested in stealing cereal. So their Pride Month spot is a significant departure for the brand. The simple, bright commercial depicts text that celebrates difference against colourful graphic backgrounds, telling viewers “We’re lucky. We live in a colourful world full of colourful people.” The spot goes on to say that not believing the same things or loving the same people is a good thing, because it makes the world more interesting and beautiful, and encourages everyone to share what makes them unique on social media with the hashtag #LuckyToBe. A stand-alone LuckyTo.Be site run on Tumblr collects those submissions, creating a stream of user-submitted positive images and messages that often include Luck Charms. The commercial includes fairly subtle branding by using the famous Lucky Charms marshmellows throughout, but focuses on the message of acceptance and diversity rather than the cereal itself. LGBT rights group GLAAD has commended the ad, and the participation of young consumers thus far indicates the campaign is a success. 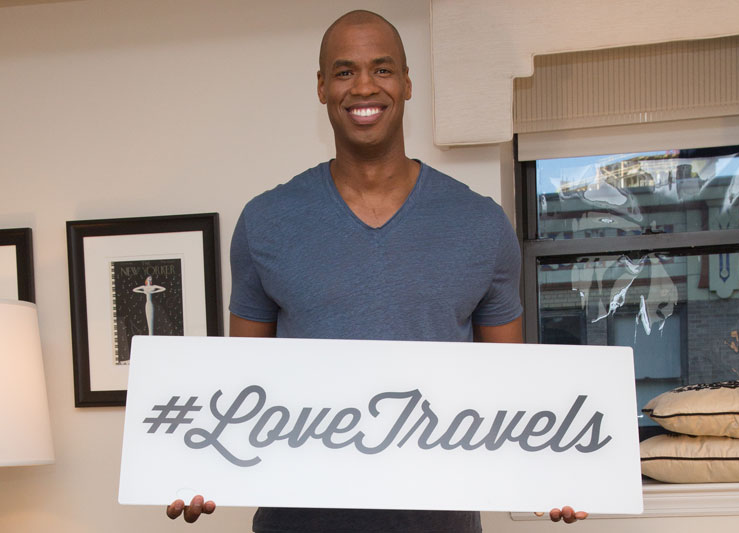 Hotel brand Marriott is reaching out to LGBT community, and potentially tapping into Millennials’ support of LGBT rights, with their new #LoveTravels campaign embracing inclusiveness. The spin-off from their “Be You, With Us” tagline is launching in time for Pride Month and features Jason Collins, the first openly gay NBA player, and photographer Braden Summers, who is known for his portraits of gay and transgender individuals and couples. The campaign will be broadcasting those kinds of portraits online and off, along with stories of LGBT travellers. The larger message of the campaign extends beyond Pride Month, essentially establishing that Marriott is a place that embraces LGBT guests and is dedicated to making them feel welcome and comfortable. Some of the messaging includes the statement, “#LoveTravels when you can be yourself — whoever you are and wherever you go.” Love Travels is the brand’s largest-ever “diversity campaign,” including social, print, digital and other components that will be running through the end of the year. The Love Travels site gives behind the scenes information and videos on the campaign as well as giving visitors a place to upload their own #LoveTravels images.

YouTube is celebrating Pride Month by putting the spotlight on some specific members of the LGBT community: athletes. Their Proud To Plan campaign, a follow-up to last year’s Proud To Love effort, celebrates these athletes, and plays off a cultural conversation that has been growing in the last year as more pro athletes, from Jason Collins to Tom Daley to Michael Sam, have come out publically as gay. In their blog post announcing the campaign YouTube’s team shared: “We applaud the courage and openness of athletes at all levels who have come out and admire their teammates, friends, families, and supporters who are all proving that it doesn’t matter who you are or who you love—what matters is that you put forward your best effort.” The post also encourages readers to “join the conversation” by uploading a video talking about what #ProudToPlay means to them. Some of those consumer videos will be shared to the YouTube Spotlight Channel during Pride Month.