The Rise of Paranoia Apps 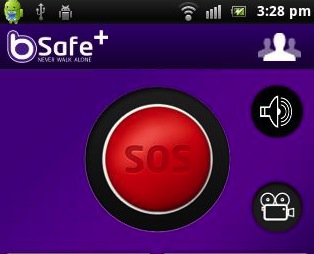 The NSA’s tapping our phones, kids aren’t safe in their own schools, and there’s a sex offender on every block. Welcome to the age of paranoia. Being afraid of risk, illness, and threats to personal safety are certainly not new phenomena, but these days fear seems to have reached a fever pitch; and technology has given a new twist to terror. Today, there seems to be an app for every fear that we might have.

While these apps and tools like them may help alleviate fears in some ways, they are likely to only amplify them in others. Like the constant media attention given to fear-mongering stories in the last two decades has made Millennials feel they are almost always at risk, the constant presence of apps like these could make users feel like the world is a more dangerous place than it actually is. Our Q&A with “America’s Worst Mom” Lenore Skanezy, and look at some of the hypotheses about the next generation last week both delved into the affect that living in a fear-ruled world might have on post-Millennials. In using paranoia apps, many of which are aimed at keeping children safe and parents’ fears at bay, from a young age, they are potentially being taught that they need these tools in order to safely navigate the world. For young and post-Millennials, connectivity and easy access to information meant to assuage fears might instead serve to increase those fears; which could influence their view of the world. Here’s a look at some of the paranoia apps and tools available now: 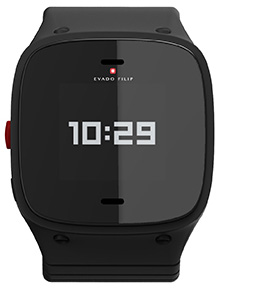 In 2009, Sten Kirkbak lost his young son Filip in a mall. His son was found quickly, but the panic he felt ultimately led to the invention of Evado Filip, an app to keep parents constantly connected to their kids. This year, the company is premiering their first product: VIVOplay, a small device that children can wear on their wrists or elsewhere in order to be tracked by their parents at all times. Working together, the Evado Filip app on a parent’s cell phone allows them to talk to, send messages to, and track kids wearing the VIVOplay. Features include the ability to set “Safe Zones” and be alerted when the child has left the zone, and an emergency button for parents to press if they believe their child is in danger. Pressing the emergency button will call and broadcast the child’s location to five pre-programmed numbers at once and begin recording all sounds around the device. It’s helicopter parenting 2.0.

bSafe takes a more user-proactive approach to safety, acting as a users’ personal and sophisticated panic alarm. bSafe’s tagline is “Never walk alone,” and they emphasize in messaging that they are the app that could save your life. The main feature is an SOS alarm that makes noise, enables GPS-tracking, alerts pre-entered contacts of potential danger, and records video that is then stored to safe servers. The site explains, “If your phone is lost or thrown away, this information will still be available for the police and your Guardians. It’s evidence!” Other features include “Follow Me,” which allows friends or family to track your location for a short amount of time; “Fake Call,” which makes the phone ring so that you have an excuse to get away from any situation; and “I’m Here,” which quietly checks you in with selected individuals to let them know you are safe. Not surprisingly, the makers of bSafe also offer a specific app for child safety called MobileKids, allowing parents to monitor their kids through connected Android or iPhones.

Though it’s certainly the most popular fear, child and personal safety are not the only paranoia being marketed to. Sickweather takes our culture’s current tendencies toward hypochondria and makes it trackable, producing reports and maps on illness in the U.S. in real time. Using an algorithm, Sickweather pulls posts like “I’m sick,” or “I have the flu” from Twitter and Facebook. Then, using location tags, it tracks and maps the data. Participants can also submit their own information to help make sick “forecasts” and “storm” reports more accurate. Sickweather users can look at a map of their location at any time and see how many people around them are sick, and with what. Maps are zoomable down to street level so you can see the germs around you at a personal level, and what you can be afraid of catching. Sickweather Alerts even send emails identifying what illnesses are going around in their area and identifying risk levels. Currently, allergies, headache, and depression are all going around New York, NY. While the idea behind the app is surely to help individuals and families, it is easy to see how the constant flow of information on illness could heighten a person’s fear of getting infected.