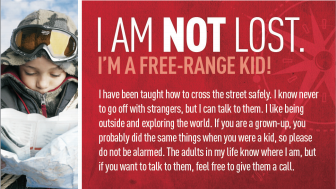 On June 26th, Ypulse is Naming the Next Generation. Post-Millennials are living in a fear-ruled world perhaps more obsessed with safety and protection than ever before. We’ll explore how this affects them and will shape them at the Naming the Next Generation conference, and Lenore Senazy, one of the thought-leaders joining us, will be weighing in. Lenore earned the moniker “America’s Worst Mom” just for letting her 9-year-old son ride the subway alone. Her book and blog, “Free-Range Kids” is all about the anti-helicopter movement and what overprotection is doing to America’s children.

Today, Lenore is giving us some of her pre-event thoughts on the forces shaping post-Millennials, the unique issues they will deal with as a generation, and of course what they should be named.

Ypulse: What do you think is the biggest difference between Millennials and post-Millennials?

Lenore Skenazy: Post-Millennials have grown up thinking it’s dangerous to do almost anything on their own—from playing at the park to choosing their own college classes.

YP: What are the biggest forces currently shaping the post-Millennial generation?

LS: Two twin terrors have haunted the parents raising this generation: That their children will be kidnapped or—equally bad—not get into Harvard. So the biggest forces shaping these kids are constant supervision, and a focus on achievement that can be measured.

YP: What is one thing you know about Millennials that you think will hold true for post-Millennials as well?

LS: They will not look up from their phones.

YP: What is the one thing that brands need to know when thinking about the post-Millennial generation as consumers?

LS: That they will seek their parents’ input, seemingly forever and without embarrassment.

YP: What are some of the new world issues that you think post-Millennials are having to deal with that other generations didn’t?

LS: Online reputation. Competing for work in a job market that is open to the world. Weird weather. Fragmented media. The decision of whether going to college still makes sense (versus taking classes online, or skipping college and going directly to the work force). Never being in a group of people where no one has any allergies. Having to be very careful not to offend or upset anyone, as these become actual crimes. (On campus, they already are.) Constant checking in. An inability to claim ignorance of anything (since everything is available online to learn, and one’s actions are electronically traceable, too.)

YP: What makes the post-Millennial generation unique from the generations that have come before them?

LS: They are connected to the entire world, by virtue of their interests. They cannot take being young and healthy for granted—the two no longer automatically go together, as the post-Millennials sit inside all day. They will not know how to organize their own games at the park. Every aspect of their lives will be measured by a wearable device. Their parents will know everything about them, including their social lives. And they will accept that kind of oversight as inevitable.

YP: If you could name the post-Millennial generation right now, what would you call them and why?

LS: The Trophy Generation (to parents, their kids ARE a trophy, and to kids, everything they do DESERVES a trophy) or, The Purells (afraid of interacting with the real world because they’ve been taught it’s so dangerous, interacting virtually is fine).

I like The Purells, because of their discomfort/distrust dealing with the physical (as opposed to virtual) world. Purell’s actual slogan is “Imagine a touchable world.” That’s what post-Millennials are going to have to do, since most of their world will be experienced through an electronic device. 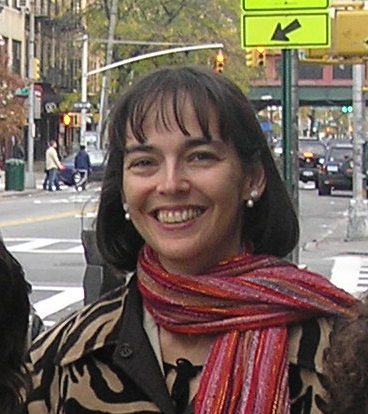 The New York City columnist-turned-reality TV show host got that title after letting her 9-year-old son take the subway, alone. In response to the enormous media blowback, she founded the book and blog, “Free-Range Kids,” which launched the anti-helicopter parenting movement. Her feisty belief that our kids are safer and smarter than our culture gives them credit for has landed her on talk shows from Dr. Phil to The View, The Today Show, NPR, Good Morning America, Nightline, ABC World News Tonight, CBS Early Show, CNN, FoxNews, Anderson Cooper, the BBC, CTV and CBC.

She has lectured internationally, including talks at Microsoft Headquarters and the Sydney Opera House, and has written for everyone from The Wall Street Journal to Mad Magazine. Yep. The Mad Magazine. And she’s a graduate of Yale.