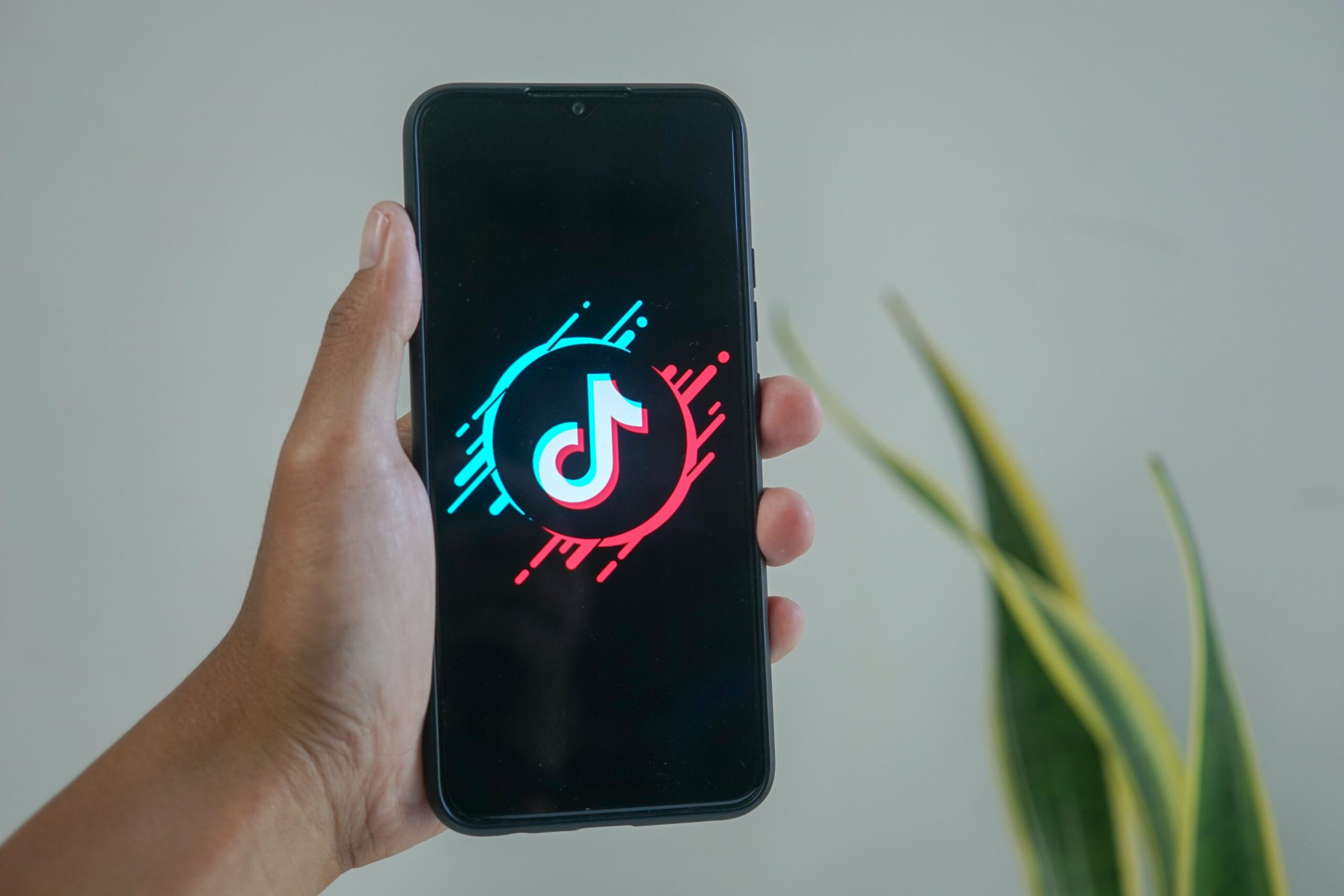 WE Gen Z is now using TikTok the most among all other social media platforms, and these three charts show you how the platform performs.

YPulse has been keeping you up to date with the rise of TikTok over the years, and how the social platform has become one of young Europeans’ favorites. A few months ago, we even dedicated one of our monthly trend reports—The TikTok Effect—to the topic to help brands understand why TikTok is so popular among Gen Z, and what can be done to best reach this demographic on the platform.

But how exactly does TikTok measure up to Instagram, Snapchat, and others among 13-21-year-olds in Western Europe? These three charts, based on YPulse’ Social Media Monitor Report, show exactly how TikTok compares to other platforms among the younger gen:

TikTok is now the most-used platform among European Gen Z 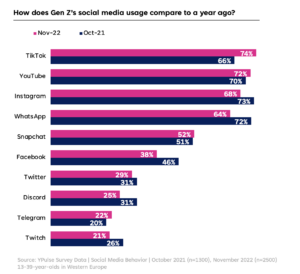 Speaking of YouTube, more European Gen Z is using the platform compared to last year (+2pts), and YouTube is one of the only two social platforms that this gen use more—along with Snap. YPulse has consistently reported young gens’ love for YouTube, the streaming platform they grew up with, and their second favorite video streaming services. And the Google-owned video streaming service reacted swiftly to young consumers’ increasing interest in short video content for entertainment by creating Shorts, and data from YPulse’s own brand tracker shows that the brand scores quite well among young Europeans. 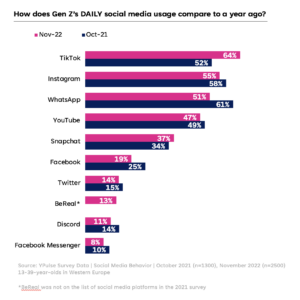 In YPulse’s Social Media Monitor survey, we asked young consumers to choose from a given list the social media platforms they use the most daily. This data is helpful to give brands insights into what social platforms young Europeans use every day, as opposed to using from time to time. Comparing the results of this question year-on-year reveals that—here again—TikTok wins the battle. With 64% of Gen Z in Western Europe saying they use TikTok every day, the short-video content platform is the social that this gen engages the most daily.

The TikTok Effect Trend Report data shows that TikTok is the social media platform with the highest percentage of young consumers spending more than 3 hours on a typical day on the platform (43%). Comparing this number to other platforms such as Instagram (21%), or Snapchat (22%), shows TikTok’s capacity to retain young consumers’ attention.

While TikTok is now European Gen Z’s most-used social media platform, it doesn’t mean that the short-video content platform has no competitors. In YPulse’s The TikTok Effect Trend Report, we asked young Europeans which platform they would most like to use if they had an hour to scroll through / watch content, and Netflix was the top answer among European Gen Z (30%)—although followed very closely by TikTok (29%). YPulse’s own brand tracker also found that Netflix is young Europeans’ top video service platform, revealing that TikTok is not yet dominating the entertainment sector. YouTube, one of Gen Z’s favorite platforms, is also trying hard to counter the success of TikTok. Last year, YouTube launched Shorts globally, and just a few weeks ago has announced that it has adapted its short-video content platform to be watched on the big screen.