WE vs NA: Different Gaming Habits In 3 Stats 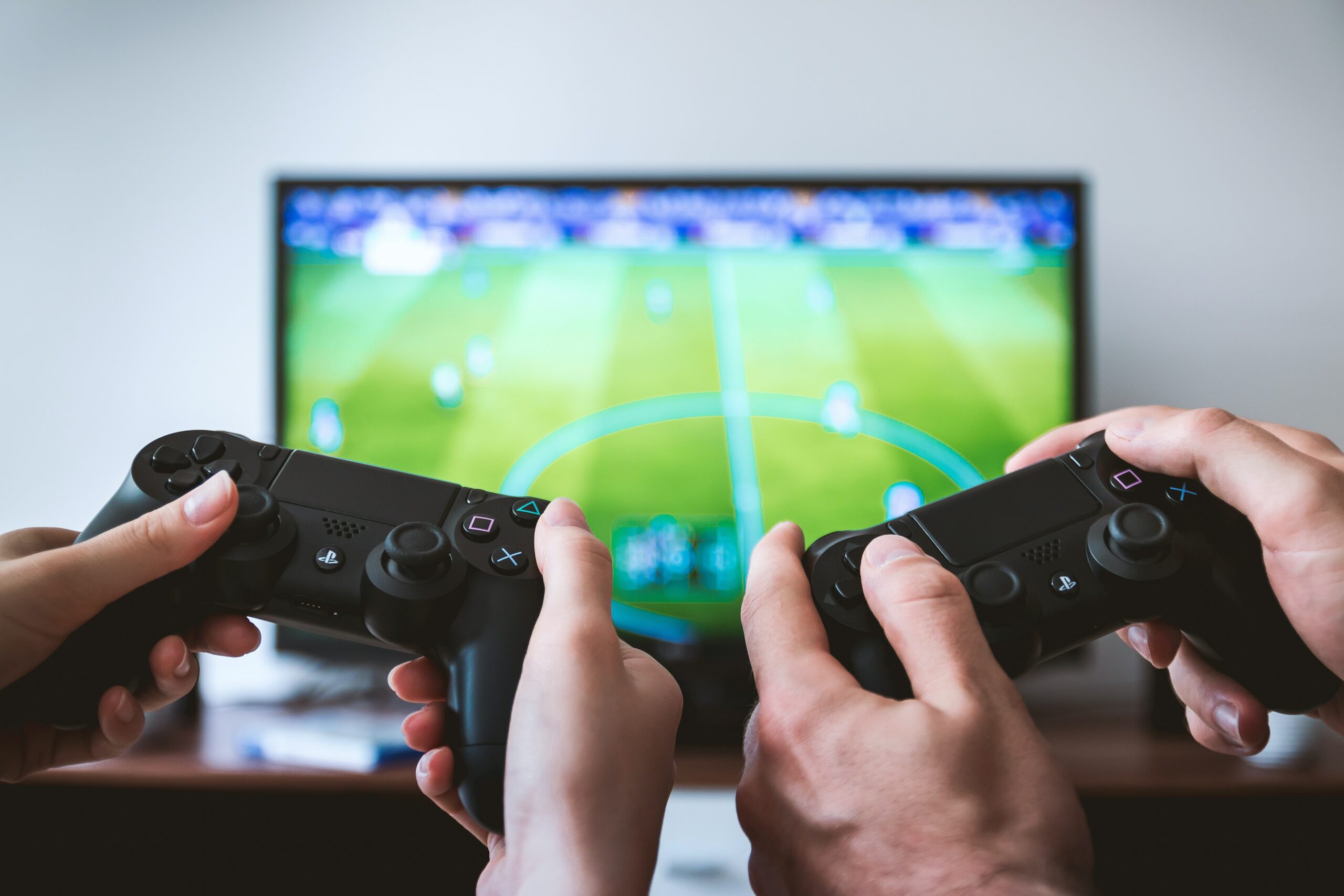 Playing video games is a favorite pastime for young consumers in WE and NA, but there are differences in their gaming habits…

YPulse’s most recent Gaming Report found that 95% of Gen Z and Millennials in Western Europe play some sort of video games, proving just how ubiquitous this pastime has become among these gens. This is exactly the same number of young people who play video games in some capacity in North America, and in both regions smartphones are the top device used to game, followed by consoles. Passion around gaming is also on par across the two regions with 75% agreeing “It’s cool to play video games” in Western Europe, and 79% agreeing with the statement in North America.

But while there are plenty of similarities in the ways young people in Western Europe and North America are gaming, our surveys do show their gaming habits aren’t exactly alike, and these three stats show you just a few unexpected differences in gaming behavior between the two regions: 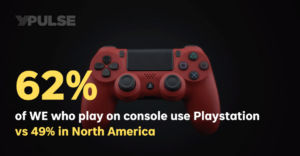 More young European gamers use Playstation than their NA peers

While smartphones are the top way that young Europeans are gaming, about half are playing on a console weekly. Among those young consumers who play video games on console, the majority of them do so on Playstation—this is true for both gens in Western Europe, with 63% of European Gen Z gamers and 62% of Millennials using Playstation. While Playstation is also the most used console among North American young gamers, they are significantly less likely to say it’s the console they game on compared to Western Europeans: roughly half of young gamers in North America say they game on a Playstation, a -13 point difference.

Young Europeans use Playstation at the expense of Xbox: only 16% of young Europeans who play on a console say they use Xbox, compared to 34% in North America. Spanish consumers especially are not huge fans of Xbox, with only 8% of them saying they game on the Microsoft console. In our Gaming Report survey, we also asked young Europeans who are thinking of buying a console in the next few months, or already bought one, which console they chose, and only 23% answered “Xbox,” compared to 36% in NA.

Playstation is doubling down on marketing campaigns to attract young gamers. Its new Spotify-like Wrap-Up feature offers young gamers a personalized dashboard where they can see their gaming statistics. PS users are also invited to share these special end-of-the-year stats with their friends to win new avatars that can be used in their favorite Playstation games. Sony is also releasing special winter holiday deals to attract more gamers to its subscription scheme PS Plus. 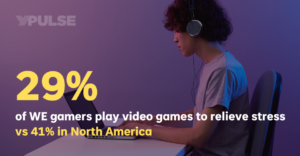 Another noticeable difference in gaming habits between North America and Western Europe lies in the reasons Gen Z and Millennials to play video games. When we ask young consumers the main reasons they game, “To have fun” was the top answer among young gamers in both regions, and with very similar numbers—60% for Western Europe, and 61% for North America. They’re also equally likely to say they game to relax (46% in both regions). But only 29% of young European gamers say they play video games to relieve stress, compared to 41% in North America—a -12 point difference. This number is especially low among European Gen Z gamers, 23% of whom choose “stress relief” when asked about their reasons for playing video games.

Earlier this year, YPulse surveyed young consumers to find out how they take care of their mental health, and found that playing video games isn’t on European Gen Z and Millennials’ top ten list of activities they do to maintain their mental health, while it is in North America. Our data in this survey holds up the findings that for young consumers in Western Europe, gaming is not a go-to stress reliever. That said, the majority of young WE consumers do agree with the statement “Video games are a way for me to escape,” so while they might not associate them directly with stress alleviation, they are using games to put the real world on hold for a bit. 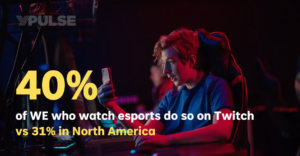 YPulse already told you that esports is gaining traction in Western Europe, and data from our Gaming Report shows that a third of young Western Europeans have already watched esports, slightly more than in North America (26%). Looking more deeply into the data shows that more young Europeans watch esports on Twitch compared to North America: 40% use Twitch in WE, compared to 31% in NA. YPulse’s WE Celebrities and Influencers Report data also shows that almost a third of young Europeans follow a gamer on social media, helping explain why the platform is a favorite of Gen Z and Millennials in this region. This number is specifically high in Spain, where 46% of those who watch esports say they do so on Twitch. YPulse already told you that Twitch is very popular in Spain, where the gamer Ibai is a real celebrity among young Spanish.

Twitch is not only popular among young European consumers who watch esports, but it is also one of the top video brands in YPulse’s brand tracker. Overall, Twitch scores No.6 on the list of young Europeans’ top video streaming services, while in North America where it ranks No.9. Brands should keep an eye on the development of Twitch in Western Europe as the platform is consolidating its position as the go-to video streaming service for everything gaming.