What is Gen Z’s Biggest Hobby? 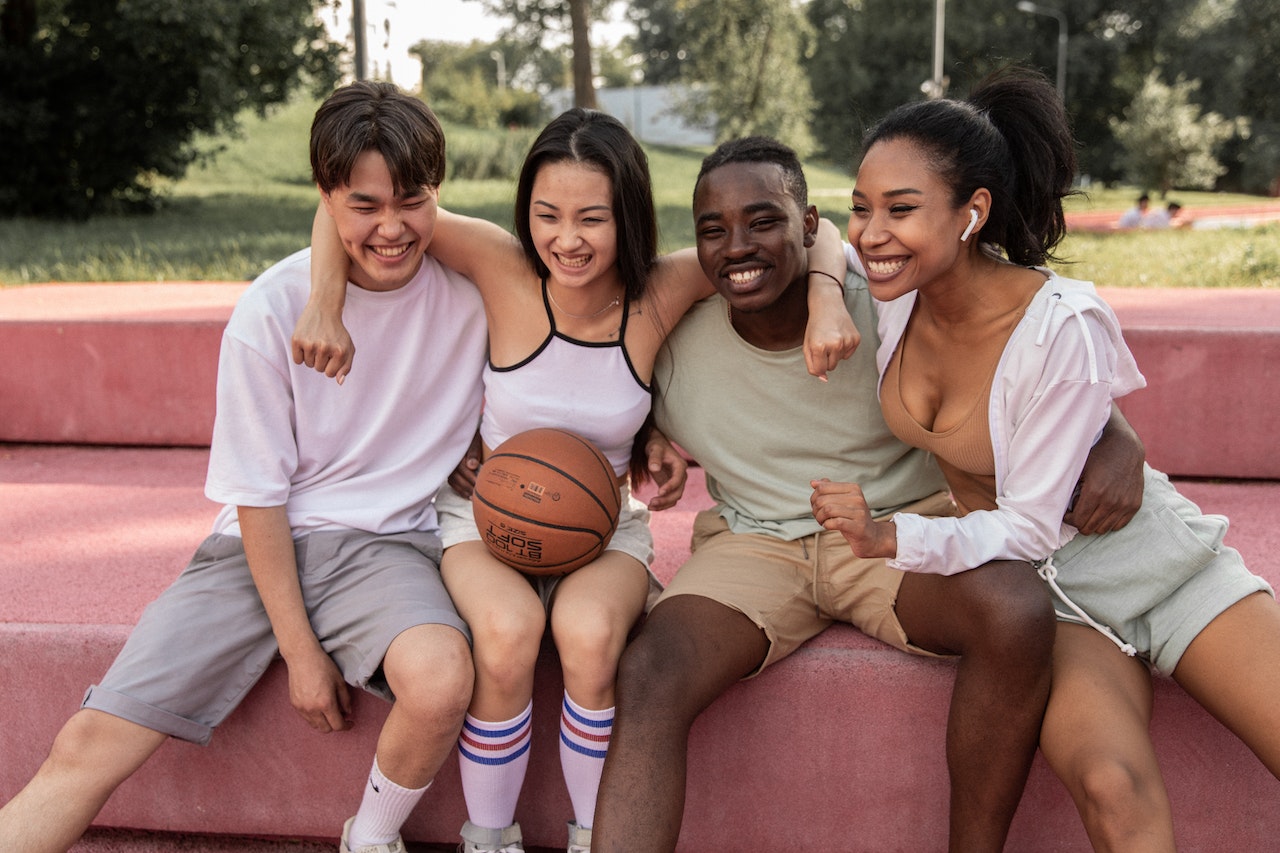 These are young people’s top 15 hobbies…

While Gen Z and Millennials are spending a lot of time on social media, it’s certainly not the only thing they think about. When they’re online, they’re talking about and connecting through their offline hobbies and passions too, many of which are driven by creativity. So, when brands are thinking about how to reach them, they need to remember their lives go beyond social media—it’s important to be there too, of course, but also to know it’s not the only thing that motivates them or their interests.

YPulse’s Hobbies and Passions behavioral survey dives into how young people are spending their time, the hobbies they have and what benefits they provide, and how brands can appeal to young consumers through these passions. We asked 13-39-year-olds, “What is your biggest hobby?” as an open-ended question and these are their top responses: 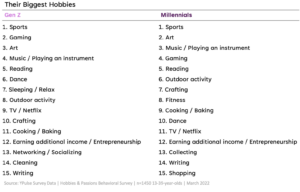 Sports is the top hobby among Gen Z and Millennials

While these generations have a reputation for not caring about sports as much as previous gens, our Sports and Athletics report found that 63% of 13-39-year-olds consider themselves a sports fan, and our Scouting Next Gen Sports Fans trend report explored that interest in depth. Though Gen Z is less likely to be into sports, the reality is that the majority still consider themselves fans, and sports are clearly a part of many of their lives. When we asked this question last year, gaming was the top hobby for Gen Z and Millennials—but it went down one spot for Gen Z and a few more spots for Millennials for sports to take the top spot for both gens’ this year. With sporting events back in full swing in 2022, young people’s interest in sports seems to have gone back up.

Even though gaming went down a spot for Gen Z, it’s still clearly a passion for them, and one of their biggest hobbies. YPulse’s Gaming research found that 96% of 13-39-year-olds play video games in some capacity. Gen Z are more likely to be gamers in general, so even though gaming falls in the top five hobbies for Millennials, the younger gen is more passionate about this past time.

And gaming is more than passive entertainment to this generation; YPulse data shows that video games top the ranking of places that Gen Z finds community outside their family and friends, and our Gaming data shows they are hanging out with friends in games that they play and the majority say video games help them to be social. Half of young people are playing games in virtual worlds (read: the metaverse) and 60% of Gen Z males are, meaning video games are a second life for many players now. So, while they might not be gaming as much as they were during the peak of the pandemic, gaming is still a huge driver of this generation’s behavior, a way for them to escape, and to connect.

Art and Music / Playing an instrument are top hobbies for Gen Z and Millennials that are included in both their top five rankings. Both are obviously creative hobbies, and our New Content Creators trend research found that the majority say creativity is an important quality. But Gen Z is more likely than Millennials to say dance is a top hobby. Of course, dance challenges and trends have been a major part of TikTok, which is undeniably Gen Z’s favorite social media platform. While many Millennials are using it, Gen Z is certainly more attached, so it makes sense that the younger gen would be more into this hobby as well. In fact, 68% of Gen Z say they create content for a broader audience beyond their family and friends, and nearly one in five say that dancing is part of the content that they post.

One notable thing about Gen Z and Millennials’ hobby rankings is that they’re less likely to name watching TV / Netflix as a hobby compared to last year. (And though they don’t name social media as a top hobby, their TikTok use is digging into their Netflix usage, too.) While gaming and other indoor hobbies like art and music / playing an instrument still break the top five list, active and outdoor hobbies are ranking higher this year than last, while some screen time-focused hobbies moved down. Outdoor activity, for instance, is higher for Gen Z and Millennials this year than watching TV / Netflix. This suggests that as young consumers get more comfortable going out again, the hobbies they’re into are in fact shifting again. Though screen-based activities continue to take up huge amounts of their time, they’re making more room for out-of-home pastimes and passions as they move forward.

The pandemic shifted Gen Z and Millennials’ hobbies to be comforting, entertaining, and quarant...