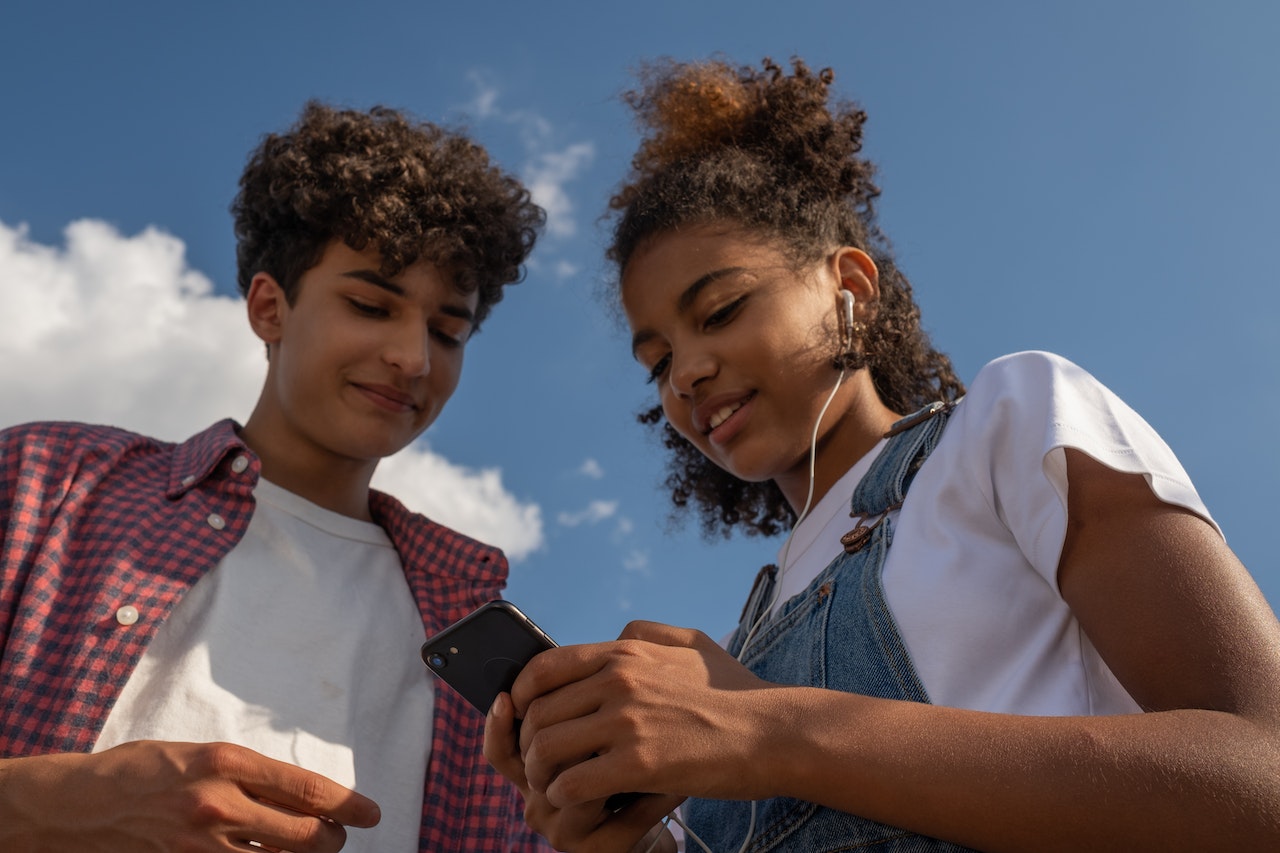 At this point, Gen Z is inseparable from TikTok. The young gen have been on social media since they were kids, but the boom of TikTok has even further accelerated the amount of entertainment they’re getting on those platforms. Prepped by a childhood spent watching YouTube, they’ve been drawn to video-based social, and have made short form video take off. TikTok satisfies their ever-changing interests while removing the decision making from watching content. Indeed, TikTok has changed the landscape of entertainment altogether, beyond just social media—more than you might think.

YPulse’s Media Consumption Monitor digs into the kinds of content young people watch most, and which platforms and screens they’re watching on. And by asking these questions twice a year, we’re able to see exactly how fast TikTok has grown, and in what ways it’s changed their media intake. We already know TikTok is their favorite app, but it’s on its way to be more than that. When we ask 13-21-year-olds which services they’re using to watch video content weekly or more often, their responses show clear indications of TikTok’s massive influence on even mainstream entertainment: 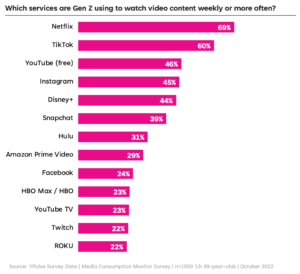 TikTok is on Netflix’s heels

While Netflix has maintained its position as the top entertainment service Gen Z is using weekly or more, TikTok has quickly risen through the ranks to become their second biggest source of video content. When YPulse asked this same question in our April Media Consumption Monitor report, 72% of Gen Z chose Netflix, compared to only 58% who chose TikTok; meaning the gap between these services is closing, from a +14pt difference to only +9pts. That gap shows just how much of an impact it’s having on mainstream entertainment—it’s not only outranking every other social media platform, but also outranking traditional media platforms by far.

And though it may sound shocking that TikTok could truly be comparable to mainstream entertainment, it’s really no surprise when you look at their other preferences. When YPulse asks whether they would rather watch a streaming service platform or social media content, 48% of Gen Z choose social media content. And when we ask them if they could only have one platform to watch content on for the rest of the year, they’re evenly split: 48% choose streaming services, and 48% choose social media.

TikTok’s suggestive (and what seems like all-knowing) algorithm takes away the decision fatigue young people feel with streaming services. In fact, 54% of Gen Z say they are interested in the option of letting streaming services taking control and play content for them to watch based on their interests. Netflix has ventured into this feature with their “Play Something” shuffle option, but hardly anything can compare to the ease of scrolling TikTok while it continues to learn their interests.

The reality is also that they are watching video content on their smartphone more than anywhere else: 68% of Gen Z are using their phones to watch content weekly or more often, compared to 43% on their TVs and 40% on their laptops. Naturally, social media is dominating that screen. But even other social platforms can’t seem to keep up with TikTok…

TikTok has revolutionised video content, not only bringing it closer to Gen Z’s favorite streaming platform, but also pushing it ahead of YouTube. Where long form content on YouTube once dominated their screentime (and even once beat out Netflix for their top frequented source of entertainment), YPulse data shows 48% of Gen Z would now rather watch a short video than a long video. But TikTok has slowly added to the length of their content, moving from 15 second videos to allowing up to 10 minutes now; so, the 52% who still prefer long videos can satisfy that content category on TikTok as well. And of course, YouTube has developed YouTube Shorts to draw the short content lovers, but TikTok continues to outrank them.

Instagram, likewise, has been trying to keep up with TikTok through pushing their Reels function. Knowing that short video content has become Gen Z’s social media focus, Instagram has been integrating Reels more heavily into users’ main feeds. This has prompted some backlash, though, and our upcoming trend report, The TikTok Effect, will dive into exactly why TikTok remains their number one—no matter how hard any other social media platform tries.

TikTok aside, no streaming service compares to Netflix

Despite Netflix constantly making news as they announce higher prices and crackdowns on password sharing, they are by far Gen Z’s top entertainment platform. And other streaming services fall far behind; Disney+ is the fifth most popular service they’re watching video content on weekly or more, but for only 44% compared to Netflix’s 69%. Less than a third of Gen Z are using Hulu, Amazon Prime or HBO Max this often, all falling behind Snapchat, and HBO Max behind Facebook. Netflix is also the source of entertainment Gen Z is most likely to feel is inclusive and diverse (though TikTok trails close behind, again).

While streaming services and social media platforms clearly dominate Gen Z’s video content intake, it should not be ignored that 22% of Gen Z are watching Twitch weekly or more. For Gen Z males, that number jumps to 34%, making it their seventh highest ranking source of entertainment. When we ask what kind of content they’re watching weekly, 32% of Gen Z choose gaming / esports content. YPulse’s Gaming report shows 40% of Gen Z who watch esports / gaming streams do so on Twitch, making it the second most popular platform behind YouTube.

Amongst the top of their frequent entertainment sources overall, gaming content on YouTube is huge. In Q2 of this year, YouTube Gaming Live averaged 518K simultaneous viewers. But TikTok has been leaning into live gaming content, too, testing out TikTok LIVE subscriptions for gamers to keep up with the top streaming platforms. So, not only does the platform provide quick, tailored entertainment, it also has spaces for all their content interests, which keeps them coming back for more.