How Many Gen Z and Millennials Have Tattoos, and One Big Reason They Get Them 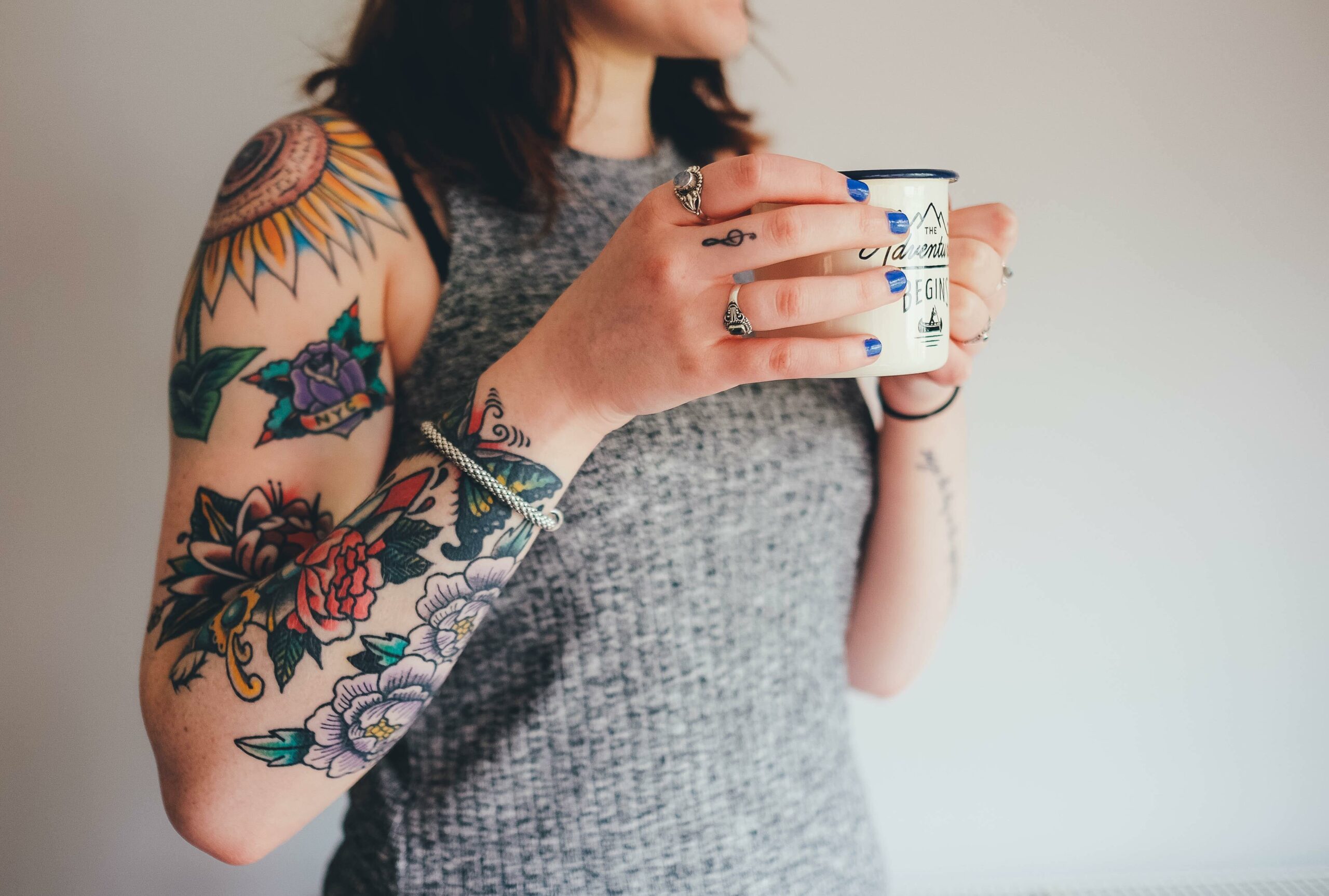 Gen Z and Millennials have driven the rise in mainstream popularity of tattoos; what used to be reserved for sub-cultures is now popular for anyone and everyone. The gens before them viewed tattoos as a highly serious, permanent decision, but young people have a more light-hearted approach to getting inked. For them, getting a tattoo can be something to do for fun, or to make themselves feel more excited about their appearance, though plenty are getting them for extremely meaningful reasons, too. But no matter why they’re joining in, the stigma around being inked has all but disappeared for these gens.

YPulse has been asking young people if they have tattoos for years, and our data shows they’re only growing more popular. When we ask 13-39-year-olds in our Personal Care and Beauty Shopping report this year, their responses show the main demographic fueling tattoo popularity is different than you may think: 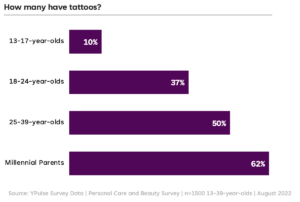 Millennial parents are most likely to have tattoos

Nearly half (46%) of young people older than 18 have tattoos, and the older they get, the more likely they are to have them. In fact, the young people most likely to be tatted now are Millennial parents, 62% of whom tell YPulse they have tattoos. This may come as a surprise, as in the past parents might be the most scrutinized for having tattoos. But now, Millennial parents are breaking out of traditional expectations in many ways.

For those who aren’t ready, or want to make sure their idea will look good, 11% of young people tell YPulse they’re interested in trying semi-permanent tattoos, and 18-24-year-olds are the most likely to say so. These products are a step up from the classic temporary tattoo, there’s several brands out there that give them the opportunity to try out tattoos before committing to them. Popular ones like Inkbox let users try on a design, or make their own, and have it fade away in a few weeks. Others even give them the chance to have the full experience (and pain) of a tattoo, but with ink that fades in about a year. While 37% of 18-24-year-olds already have real tattoos, Millennials in the 25-39-year-old age group are significantly more likely to—so semi-permanent might be the first step to these young people committing to more ink.

Social media has played a major role in tattoo popularity

YPulse data shows the spike in tattoo popularity is fairly recent: in 2019, YPulse data shows only 21% of young people said they had tattoos, and that overall number has jumped to 40%. Several reasons play into this trend—on one hand, tattoos have become increasingly popular with mainstream celebrities, from musicians of all genres to actors and athletes. On the other, online influencers don’t adhere to the traditional standards mainstream media has created for celebrities, and we know young people care about and trust these influencers more other public figures. So, as everyday users become influencers, the sub-cultures they represent get put on the main stage, and it fosters acceptance for “alternative” looks.

YPulse data shows 20% of young people say endorsements from online influencers are most likely to influence what personal care and beauty products they buy, and it seems what tattoos they get are also subject to trendiness. On TikTok, the hashtag #Tattoos has 30.7B views, and is a catalog of the most popular looks and style. Recently “micro tattoos” have gained a buzz on the app; the tats are tiny and made of fine lines, and the hashtag #TinyTattoo on TikTok has nearly 400M views of people showing off their itty-bitty designs. The tattoo artists who do the work can be influencers, too, as is proof by New Jersey artist Sydney Smith, who says she gets most of the clients for her signature micro tattoos from recognition on TikTok (where she has 900K followers).

Given the popularity of styles like these, it’s clear that not all young people getting tattoos are getting heavily covered (or in many cases, even visibly). Instead, they’re using it as a fun activity to do with friends, or treating it as inconsequentially as dyeing their hair. Some even say getting tattoos is a way they take care of themselves… 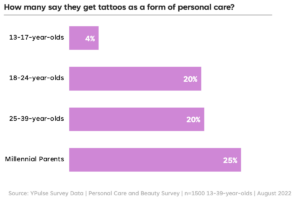 Tattoos can be a form of self-care for young people

We know from our What is Wellness? trend report that Gen Z and Millennials are putting their own spin on self-care. It’s not just bubble baths and meditation, and 17% of young people say they get tattoos as a form of personal care. The number who say so is even higher for the tattoo loving Millennial parent demographic (25%). This concept is especially popular on social media, TikTok of course being a main platform to talk about it. One audio made specifically for this trend comes from user Delaney Bailey, who created a song saying “Don’t be sad, go get a tattoo,” and has been used in nearly 300K videos. Creators share their day and tattoo process, ending the song proudly showing off their finished product. YPulse data shows that 79% of young people agree “The way I feel about my personal appearance affects my mental health,” and this trend openly encourages others on the platform to embrace changing their appearance as a way to spark joy and excitement.