The Top Gifts Gen Z Wants for the Holidays This Year 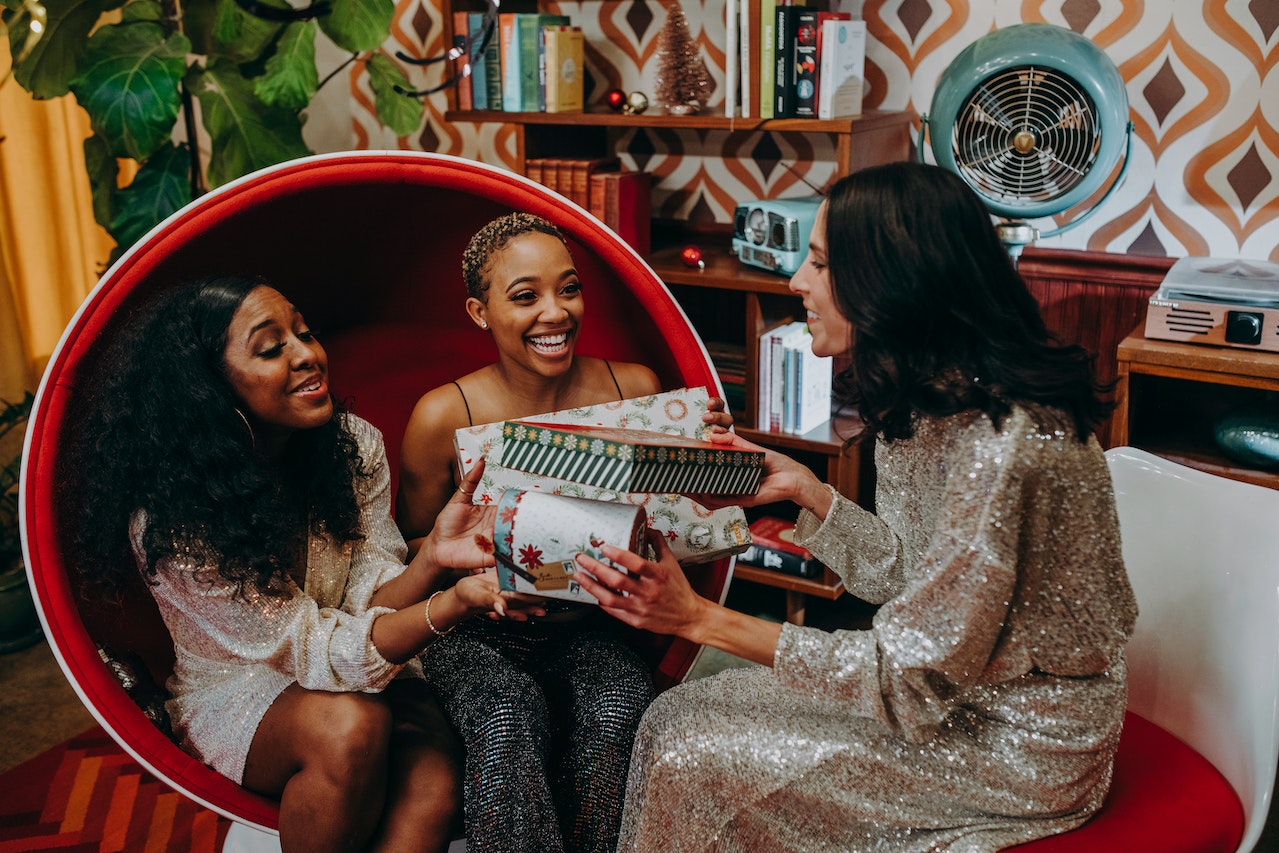 The economy is affecting their gift giving, but their holiday wish lists have also changed…

YPulse has told you how Gen Z and Millennials are shopping for the holidays with inflation on their minds, but what gifts they’re hoping to receive may also be changing with economic concerns. Our Holiday Shopping Plans report shows more than half of young people say they’re going to be giving fewer gifts this year because they simply can’t afford to, and they may be expecting a similar circumstance for their loved ones. But when YPulse asks what kinds of gifts they’d rather receive, it’s clear they don’t expect others to spend a lot on them in order for it to be appreciated; 77% of young people say they would rather have an inexpensive but more meaningful gift than an expensive but less personalized one.

Though they’re still asking for all the usual items at the top of their list, some are shifting their wish list to include some more practical gifts. YPulse asked 13-39-year olds which of the following kinds of items are on their holiday wish list, and these are their top choices: 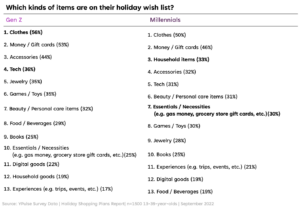 Millennials especially are asking for necessities in light of economic circumstances

More than half of each gen is hoping for money / gift cards to spend as they please. And, despite ranking second in what’s on their wish list, young people are showing preference for these monetary gifts; when YPulse asks whether they would rather have money or a product, 61% choose money. Gen Z, naturally, is even more likely to be asking for money or gift cards, as the majority are too young to be making their own money to spend.

In a similar vein, This year, more than a quarter of young people are asking for essentials / necessities for the holidays. Where in a typical year they might be asking for gift cards to their favorite brands, this year they’re in need of money for their day-to-day lives. Millennials especially are asking for things like gas money and grocery store gift cards, as inflation continues to make their cost of living harder to keep up with. YPulse data shows that most young people are expecting a recession, or believe we’re already in one, and shopping for necessities only is the top way they would manage one, so getting these items as gifts could give them a reprieve from spending. Millennials, always more likely to be asking for household goods than Gen Z, are also more likely to be asking for them than last year—likely for all the same reasons.

When asked if they would rather receive products they need or products they want this holiday, GenZ is more likely than Millennials to say they would rather get products they want. Gen Z are style lovers (and leaders) so it’s no surprise that they’re hoping for some new items to keep their closet up-to-trend. Between clothes, accessories, and jewelry, Gen Z is far more likely to have fashion on their holiday wish list. This may be the time they’re asking for speciality items, as this gen has recalibrated what it means for something to be “expensive.” But, YPulse data shows that a majority of young people have clothes they only wear on social media, often exchanged out quickly to keep up with the latest #core, so they might also be asking for their next fast fashion haul.

In general, Gen Z are also more likely to be asking for gifts related to gaming. More than a third of Gen Z are hoping to get tech products this year, and they’re also more likely than Millennials to have games/toys, and even digital goods on their wish list. This is not surprising given that 70% of Gen Z are gamers, and even the youngest are living their lives (at least part-time) in virtual worlds. (Interestingly, 28% of Gen Z males would rather get a virtual product than a physical product—definitely a result of their gaming habits.) Nearly half Millennial parents tell YPulse their kids have spent their (or their partners) money on digital products, or 29% of their children have spent their own money on digital products.