Gen Z and Millennials Are Holiday Shopping With Inflation In Mind 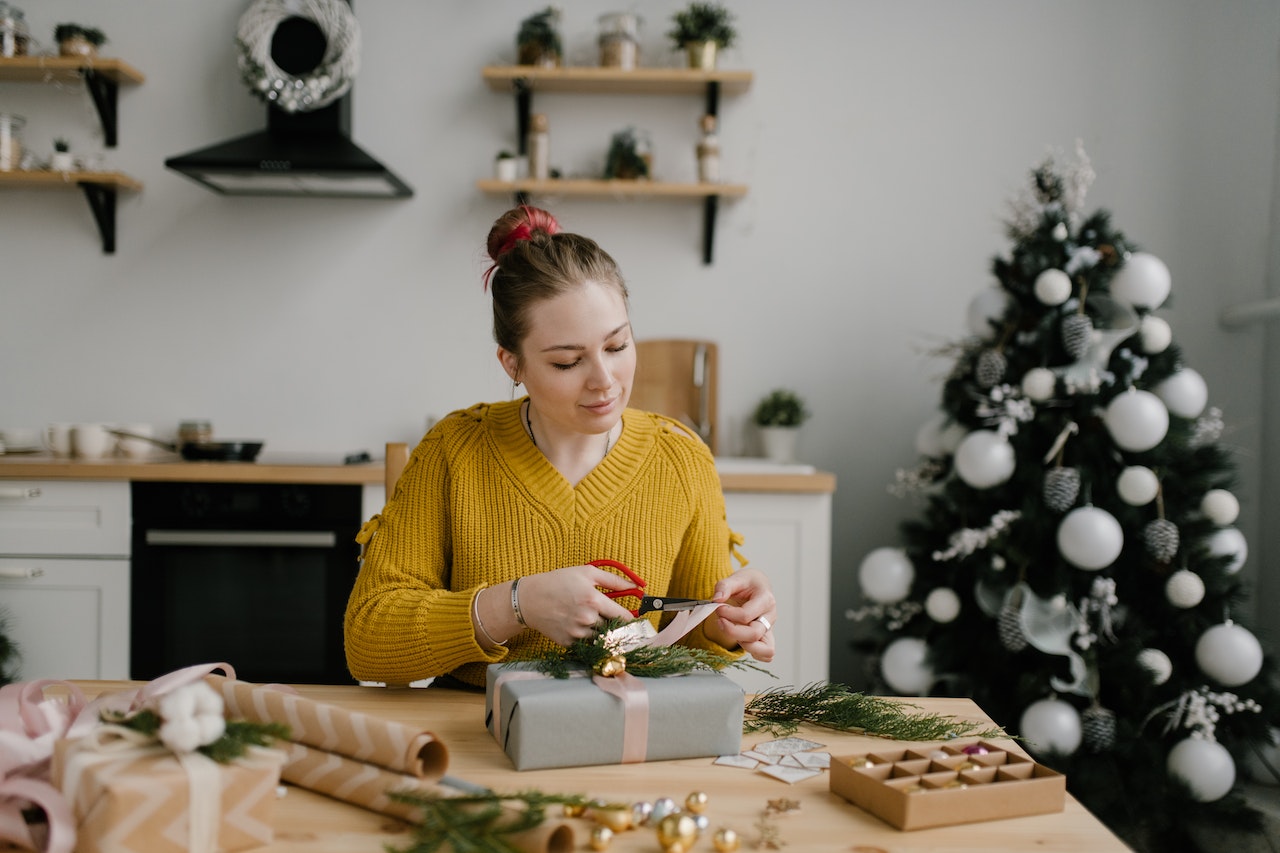 This holiday season, Gen Z and Millennials aren’t just thinking about what gifts they’ll buy for their loved ones, but also how they’ll make those gifts fit in their tight budget. Young people think about the price of the gifts they’re buying every year, but inflation has been a top issue on young peoples’ minds this year, one that is certainly rolling over into the holidays. And, YPulse data shows that for 39% of young people holiday shopping begins in October or even earlier, which means their search for sales has already begun.

Outside of holiday shopping, their spending habits have begun to show more caution—like their increased affinity for the dollar store and cut back on BTS budgets. A projection from Mastercard in early September expects holiday shoppers will spend 7.1% more this year than last, however, “The projection is also not adjusted for the four-decade high in inflation, suggesting that retail spending could suffer a decline in real terms.”

YPulse’s Holiday Shopping Plans Report shows this could very well be the case with Gen Z and Millennials especially. Their budgets are lower, and the gifts they’re planning on buying are changing accordingly. In a pre-holiday shopping survey, 61% said the economy / inflation would be impacting their holiday spending budget, but as the holidays inch closer, even more say so. How exactly this impact will change their holiday spending plans is clear in these three stats: 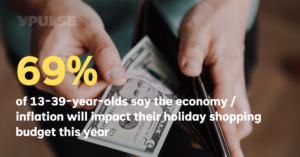 The majority of young people tell YPulse the economy / inflation is going to impact their holiday shopping this year, and the effects are coming out in several different ways. As Gen Z and Millennials think about a possible recession YPulse asked them how, if at all, they would change their spending habits should one happen now, and their top response was only shopping for necessities. This behavior looks like it will play out in the holiday season, as 68% of young consumers agree that because of the economy, they are going to ask for more essentials as gifts this year. In particular, 61% of young people say they’d rather receive money than a product as a gift this year, and 29% of shoppers say they’ll be buying essentials like gas and grocery gift cards for others, too.

A majority (66%) are also thinking of shopping earlier than usual; last year, only 6% of young holiday shoppers told YPulse they’d be starting their shopping in late September, but this year, 11% said so. Another way they plan to spread out the costs of gift giving is through buy now, pay later services, which 41% of young holiday shoppers say they’ll be using so they can buy what they want. As their shopping begins early, and their budgets take shape, they’re also hoping brands will move up the sales they’re waiting for… 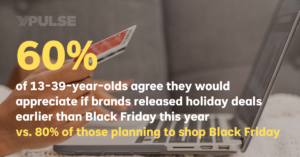 Two thirds of Gen Z and Millennials are planning to shop on Black Friday or Cyber Monday this year, but 80% of them would like to see brands get started earlier than just those post-Thanksgiving days. Some brands have already made their plans for early pseudo-Black Fridays; Amazon will be offering a “Prime Early Access Sale” in October, a two-day event which is sure to be a success as 64% of young holiday shoppers tell YPulse they plan to buy gifts on Amazon. Target is having another round of “Target Deal Days” this week, and Walmart has instituted an extended holiday return for the early shoppers starting October 1. Sale shoppers on social media are already buzzing in anticipation for these events from their favorite retailers. One user, @freebiesandmore, announced Target’s deal days last week (tagging it #BlackFriday) and the video has 8.4M views and 914K likes.

While Black Friday / Cyber Monday shoppers hope the deals will come early, 61% still say they will only shop on the sale holidays this year, up from 58% in 2021. Many young shoppers have told YPulse they rely on these deals to keep within their budgets before, but it seems this year they’re even planning to cut back their total on these sales. While the number of Black Friday / Cyber Monday shoppers overall has not changed, the number who say they’ll spend less during that shopping has increased, indicating that their individual budgets for Black Friday/Cyber Monday are not as high. More than half are still planning to spend the same amount as last year on these days, but 17% say they’ll be spending less than last year, more than 13% who said so in 2021. These shoppers aren’t the only ones who are cutting back, though… 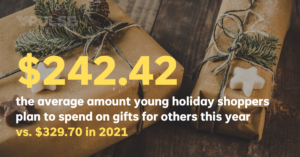 Nearly 25% of holiday shoppers say they’re planning to spend less than last year (as compared to 17% who said so in 2021) and it’s clearly making a big impact. The average amount young consumers say they’ll be spending on gifts for others this year is $242.42, down nearly $100 from $329.70 last year. Beyond the more common ask for necessities this year, 64% agree they are just going to be giving fewer gifts this year because they can’t afford it. They’re also cutting back on gifting to themselves albeit not as dramatically—they plan to spend $145.21 on things for themselves this year, compared to $185.72 last year. But, after another complicated year, who can blame them for doing a little self care?