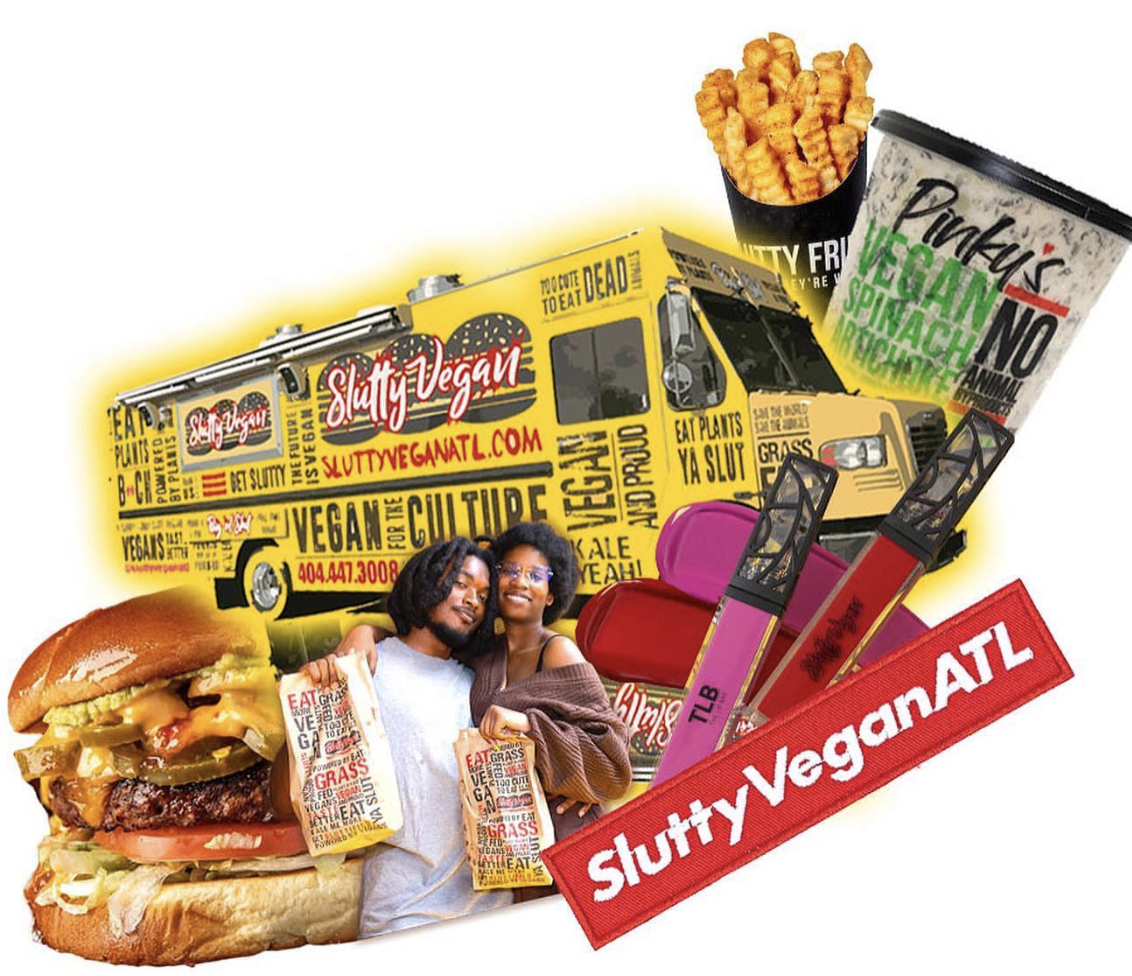 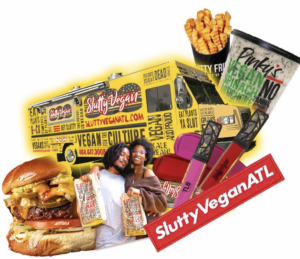 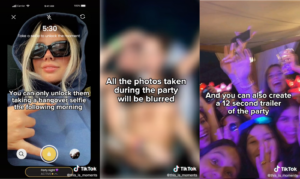 Will Moments be Gen Z’s next favorite app?

Moments is a new app that’s bringing Project X vibes to social media. The platform is pushing the idea of being a new social network for Gen Z on their TikTok, but mainly highlighting the party mode, which lets users share the events of a party to build a compilation of photos and video highlight reels. Throughout the night, members of a group can upload their blurry photos and candid videos, but can only access the footage the next morning when they post a “hangover pic.” It can also turn the uploads into a 12-second trailer, which they can, of course, post on social media.

The official account for the new app has been posting videos for under two weeks and has already gone viral; a video explaining the concept of the app got 1.2M likes. And while the app is in social beta as of now, one comment, with more than 12K likes of its own, points to the app’s future potential: “BeReal’s new rival.” After growing up on Instagram, where Millennials created a culture of perfectly filtered feeds, Gen Z on TikTok are leaning into chaotic, authentic posting, which is why BeReal took off after going viral on the platform. Where professional Millennials on the app were feeding productive, organized, #ThatGirl content, Gen Z have developed #NightLuxe, an aesthetic all about the less polished, spontaneous moments of their lives.

And while this Gatsby-style nightlife posting might sound like another passing aesthetic trend, YPulse’s What Is Wellness? trend research shows young people are  redefining what wellness means to them, and part of that is having a healthy, exciting social life. In fact, 77% of Gen Z and Millennials agree that hanging out with their friends is just as important for their wellness as working out. So, Moments has not only tapped into a demographic that loves to have a fun night out, but also one that loves to post short video content for a big audience, meaning we’ll be keeping our eye out when they officially launch. 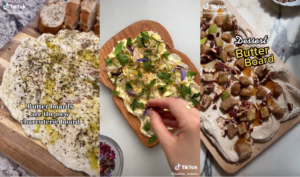 This week on TikTok: “Butter boards” might be the new charcuterie board

TikTok loves a charcuterie board (the hashtag #CharcuterieBoard has a whopping 1B views) whether they be elaborate and professional, or silly for a #CharcuterieBoardNight where everyone brings a different snack board, all designed in the patterns and styles of a real one. But this week, TikTok foodie Justine Doiron brought a new phenomenon to the platform: the butter board. She shows a wooden serving board with butter spread over it, decorated with salt, herbs, edible flowers, and honey, all served with warm bread for a “communal” feeling. The video has received over 1M likes so far, and has set off a chain of other takes on the creation.

While this is not her own original concept, she says she wants “it to be the next charcuterie board.” She might just get her wish—the hashtag #ButterBoard has already gotten 8.3M views, and verified foodie favs like @ThatCheesePlate on Instagram have taken part in the trend. Other creators have made their own variations, like dessert butter boards with browned butter and granny smith apples, a middle eastern board with labneh instead of butter, and a fruity version with figs and pomegranate. YPulse’s recent trend report The End of Foodie Culture (As We Know It) shows trends like these have a strong Millennial audience, with two-thirds considering themselves foodies and roughly a quarter telling YPulse that food is their love language. The prospect of sharing of these buttery creations is heart-warming, after years of keeping distance from others and food experiences.

But some people are decidedly not fans of this trend; Doiron’s original video has comments disdained by the potential for double dipping or washing the board. Others are caught between those issues and the potential for it to be delicious. One user commented, “I love this. BUT… I’d rather throw this board away after than try to wash it.” Others already see this trend hitting restaurants soon, as many TikTok trends do in order to keep up, and one comment says “I can’t wait to spend $16 on this at a restaurant in 6 months🥰.” Whether this trend will stand up to the longevity of avocado toast or face the fate of baked feta pasta is hard to say but until then, one user put it best: Dorion, and TikTok, are in their butter era. 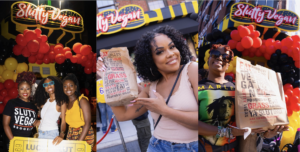 Earlier this week, fans of the establishment lined up outside of the new Brooklyn location for hours, inciting an entire block party in Fort Greene. Passerbyers walked by the crowds surprised that there are so many vegans in Brooklyn, and after @Vegan.nyc posted a TikTok video advertising the grand opening, users took to the comments saying, “Imma wait about 1mo bc I KNOW the line around the block,” and “This is what happens when we get the funding we need and deserve to scale!!!” This comment alludes to the fact that the restaurant was able to acquire 25M in funding in order to expand beyond their several Atlanta locations.

The restaurant’s slut-inspired menu names like Ménage à Trois, One Night Stand, and Fussy Hussy burgers incite many laughs and hesitant new-comers, but beyond that, Gen Z and Millennials are loving that vibes are trendy, the food is amazing, and the owner, Pinky Cole, is Black. Our Life Plans, Rewritten trend research found that the majority of Black, Hispanic, and Asian young consumers aspire to be an entrepreneur, but the path to self-employment is not easy for them. As more companies and venture capital firms have turned their focus on investing in Black and BIPOC-owned brands, there’s now a surge in brands founded by BIPOC teens and college students, who aim to help those in their respective communities.

The Great British Bake Off is back and already sparking convo online. #GBBO is being used for young watchers to express their favourites and to try to predict the winners only two weeks in. Twitter users are screenshotting their favourite line of the show, relating it to their lives, and the GBBO official account went viral for an image showing the differences between a macaron, macaroon, and French president Macron for their Macaron week, naturally. There’s also been a reaction from viewers supporting contestants with a language barrier, as a baking technique called “feathering,” to make an effect on icing, was misunderstood by two contestants who put a bird feather on top of their cakes.

And it’s only just begun, as many eagerly wait for Tuesday night and the next soggy bottom. YPulse data shows young Europeans love TV; 64% watch TV shows via cable / satellite / fibre weekly or more often, while only half of Gen Z and Millennials in North America say the same. The GBBO is just one gem that gets Brits tuning in, and actually gets young consumers into food. YPulse found Gen Z is thinking of foodie culture differently, away from the social media emphasis Millennials have put on food, but the charisma of GBBO is one kind of foodie content that gets Gen Z engaged.

The Sainsbury’s sponsored advert rolling during the episodes is grabbing attention too. Using the #IsItCake trend, which has more than half a million views on TikTok, the ad has Brits guessing whether a food is real, or expertly made of cake and fondant. YPulse has been tracking what young Europeans want from brands when it comes to marketing and ads using trends is just one way to win them over. In fact, 57% of Gen Z within Western Europe have admitted to liking (even loving) ads based on trending memes or viral content. 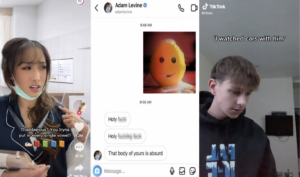 TikTok: An audio asking, “Did you sleep with him or just kiss him?” has users showing what’s worse than cheating

A viral video showcasing a user cooking chicken in Nyquil has the FDA warning viewers, but one viral video doesn’t necessarily mean everyone is doing it

Celebs: Alleged DMs from singer Adam Levine are being used as a Twitter meme, and brand Scrub Daddy jumped on the opportunity to be part of the joke

In Western Europe: Wristbands worn by attendants of the Queen’s funeral are selling for 80K on eBay

What Is Wellness? Trend Report

Gen Z and Millennials have come a long way from a diet-driven wellness culture, but they think th...