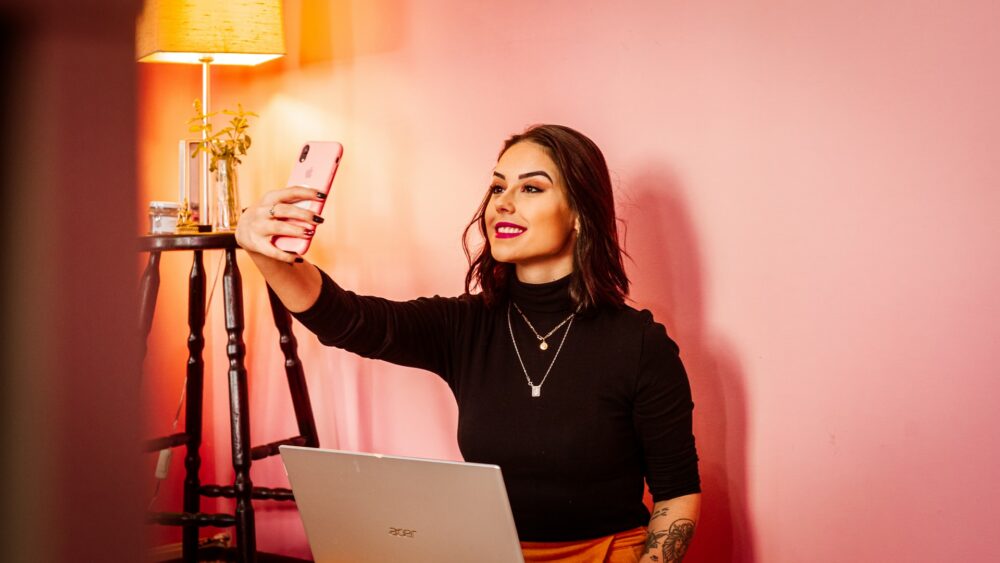 Raised on YouTube and social media, Gen Z and Millennials are more connected to online celebrities than ever before. How much do they care about them? These four stats tell the story…

The future of influencer marketing appeared uncertain last year as influencers and celebrities got canceled amidst scandals, and as brands slashed ad budgets. But YPulse research shows that Gen Z and Millennials spent even more of their time on social media during quarantine, giving more attention to online influencers than ever before. Now, seven in 10 young European consumers follow a celebrity online, proving that influencer marketing isn’t going anywhere anytime soon. In fact, spending in the sector has reached $27.5 billion combined in the U.K., Germany, France, Italy, and Spain. And as the power of influencers shifts away from a few big names to a wide array of niche micro-influencers, an increasing number of young consumers across Western Europe will listen to what these celebs have to say. After all, these young consumers were raised on social media, and to them, YouTubers and TikTokers are more than just faces on a screen; they’re people 13-39-year-olds know and trust.

When we look at our recent survey on influencers and celebrities in Western Europe, Gen Z and Millennials’ ties to online celebrities are clear. Here are four stats that show just how much they like (and listen to) online stars: 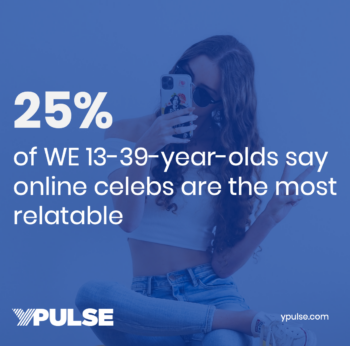 Young European consumers say online celebs are the most relatable type of celebrity.

Social media personalities aren’t the number one type of celebrity young European consumers are following on social media, but they do have one superpower among Gen Z and Millennials: they’re the most relatable. 25% of 13-39-year-olds say online celebs are the most relatable, outranking musicians (22%) and TV/film actors (16%). Social media has made every type of celebrity more accessible to young consumers everywhere, but as YPulse’s 2017 Influencer Effect trend report found, young people are most drawn to celebrities that look, act, talk and think like them. Now, relatability trumps talent, and online celebs have that in spades compared to more traditional types. In fact, young consumers are also far more likely to say they think of online celebs as friends than any other type of celebrity. 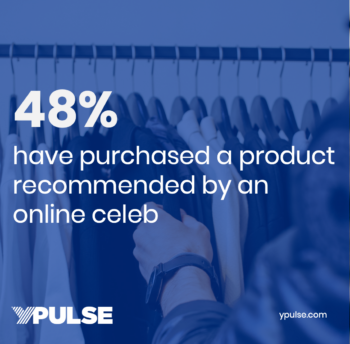 Nearly half have purchased a product recommended by an online celebrity.

The relatability and trustworthiness of online celebs are going a long way in influencing 13-39-year-olds in Western Europe to spend. Almost half of young consumers say they’ve purchased something an online celebrity has recommended, listing everything from video games and beauty products to vacuums and stocks. Gen Z and Millennials in Spain as well as young consumers across Western Europe who say they follow a celebrity online are the most likely to have made a purchase: in both groups, 60% say they’ve bought something an online celebrity recommended. 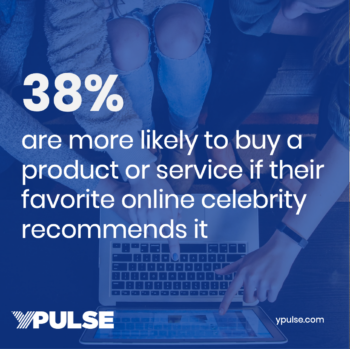 Though many (many) rumors circulated over the last year that influencer marketing was on its way out, young consumers are just as keen as ever on seeing celebs work with brands. 38% of European 13-39-year-olds say they are more likely to consider buying a product if their favorite online celeb recommended it, a figure that jumps to 47% among those who follow a celebrity online. What’s more, nearly half (48%) of young consumers ​​say that posts marked #ad are just as trustworthy as other posts from the same account, making it clear that influencer marketing is a powerful way to reach these European Gen Z and Millennials. 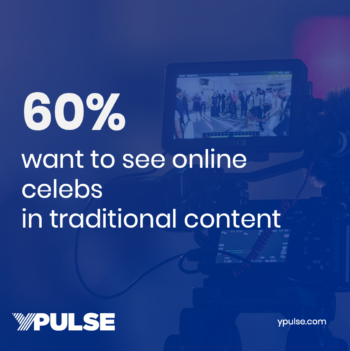 Increasingly, we’ve seen online content used as fodder for more traditional entertainment—and because of their affinity for online celebrities, young European consumers are open to it. Though they may have gotten to know them through short clips, videos, and photos, 60% of Gen Z and Millennials say they’re interested in seeing online celebrities in more traditional content, like TV series & movies. Currently, young TikTok stars, Instagram influencers and YouTubers are earning mainstream cred and fans in the wake of their viral notoriety, including French YouTube gamer star Squeezie, who has released music albums and even voiced a character in the SpongeBob movie. We’ll continue to see online stars crossover into traditional formats as media brands race to capture their young audiences.