A fake minimalist Kit Kat ad went viral and the actual candy brand noticed, the host of The Bachelor has stepped away from the series after defending the racist actions of a contestant, Kendall Jenner is also facing backlash for cultural appropriation after starting a tequila brand, and the internet has a lot of thoughts about Disney’s new Cruella trailer—plus more youth news to end your week! 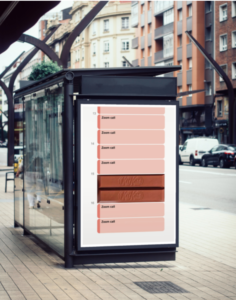 Earlier this week, an ad featuring a Kit Kat bar simply placed between a daily calendar schedule of Zoom calls quickly went viral, causing a frenzy of admiration, confusion, and even debate. But here’s the catch: It wasn’t an official ad created by the candy company. Sam Hennig, a creative designer for Something Big, made the ad on spec as a part of a creative project called One Minute Briefs. After sharing it in a post on LinkedIn that received 10K likes and more than 200 comments, it quickly made its way to Twitter.  Because of its quick viral fame, the actual Kit Kat brand noticed—and reached out to Hennig if they could share it across their own social channels where they specifically promoted it across the U.K., Germany, and Czech Republic. According to Hennig, he feels like his simple ad resonated with so many people because of its “relevance with an audience juggling the demands of working remotely,” and he told The Drum that he wanted to go with a “minimalist approach.” He previously used the same “block” idea for a fake Cadbury’s ad, and credited a friend and fellow freelance creative director for suggesting to do the Kit Kat. 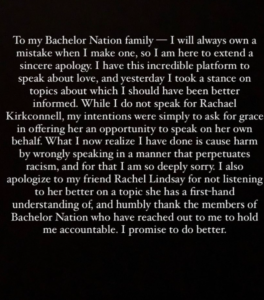 Bachelor Nation Is Going Through a Racial Reckoning

As brands and influencers attempt to take steps toward change following last summer’s Black Lives Matter protests, scripted and unscripted shows are trying their best too. Longtime reality show favorite The Bachelor’s “racial reckoning has been a long time coming,” and while casting current star Matt James as the franchise’s first ever Black bachelor is a step in the right direction, the show took a step backward following last week’s debacle surrounding Chris Harrison. The host took a “temporary hiatus”  following a controversial (and now viral) Extra interview, which sparked a lot of backlash from users on social media. In the interview, conducted by formerThe Bachelorette contestant Rachel Lindsay, Harrison defended current contestant Rachael Kirkconnell for past racist photos that resurfaced in which she was found wearing a Native American costume and attending a plantation-themed party. Harrison and Kirkconnel have since apologized. Lindsay, who was the first Black lead on The Bachelorette in 2017, said she would not be renewing her contract with The Bachelor franchise (where she hosts the “Bachelor Nation” podcast and makes cameo appearances in various episodes) when it is up due to Harrison’s comments. The quick backlash and response to Harrison and Kirkconnell aligns with how young consumers aren’t afraid to call out racial insensitivity when their brands (or in this case, cable network TV show). However, in the last year, some fans have been taking matters in their own hands to improve the franchise’s diversity. Following the protests last summer, the “Bachelor Diversity Campaign” was officially created by frustrated viewers. As part of the campaign, they launched a site and social media accounts (all of which have hundreds and thousands of followers) that voice their concerns over the franchise and created an outline of 13 anti-racist standards for ABC and Warner Bros. to meet and uphold. They also have a petition on Change.org (which has been signed by more than 163K fans) which ranged from casting a Black lead in Season 25 of The Bachelor (which led to this current season with Matt James) to issuing public apologies for past wrongdoings. 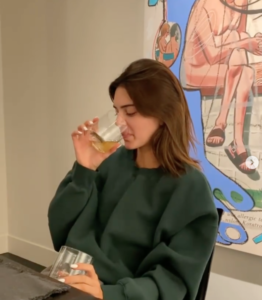 Kendall Jenner Is Being Accused of Cultural Appropriation…Again

On Tuesday, Kendall Jenner announced on Instagram (in a post that garnered more than six million views) that she is debuting the new tequila brand 818 (a reference to the area code of Calabasas, California—where she grew up). Jenner reports that she has been working on, tasting, and developing the brand for the last three and a half years. According to WWD, 818 has already won several awards, including best reposado, at the World Tequila Awards. However, the brand’s launch isn’t sitting right with some people: Following her announcement, commenters on Instagram as well as users on Twitter claimed that by launching a tequila brand, the influencer and model was participating in cultural appropriation. “Something about Kendall Jenner making tequila rubs me the wrong way,” @estyledesma tweeted (receiving 28K likes and more than 5K retweets) “Like the idea of white celebrities taking from local Mexican artisans and profiting off our traditions and agricultural business yet only visit Cabos and Puerto Vallarta for vacation spots…” Many other commenters called Jenner out for not publicly thanking Mexican farmers and distillers, and that her workers better be paid proper wages. But some others are claiming that there isn’t a problem with Jenner starting her own tequila brand since celebrities like Nick Jonas, The Rock, Rita Ora, and Adam Levine have also made their own vodka. However, the recent response to Jenner further proves how today’s young consumers are once again not afraid to call out influencers and celebrities on their missteps. 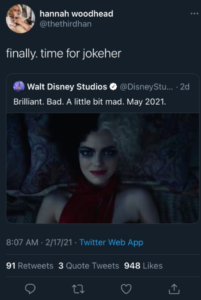 The Disney Cruella Trailer has the Internet Divided

On Wednesday, Disney dropped the trailer for their upcoming live action Cruella, starring Emma Stone as the titular character. The movie focuses on her years as a fashion designer and the evil upbringing which led to her dog fur obsession—and it immediately stirred mixed reactions from viewers on social media. Fans have expressed their excitement about Stone portraying the two-toned hair villain, and many have compared the dark trailer to The Joker or Harley Quinn. But others are less enthused about it referring to the main character as “the girl boss of animal cruelty” and critiquing the glorification of animal abuse. Regardless of the mixed thoughts coming from all ends of social media, if there’s one thing the trailer did, it was give the internet the gift of fresh jokes and memes. And with its release date not for another three months, there’s bound to be more discourse and memes cropping up. 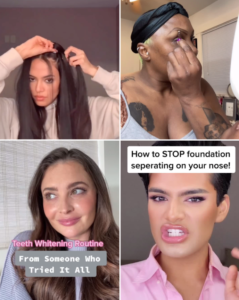 Users on TikTok are showing off their #BeautyHacks—and the hashtag has generated 5 billion views.

Other TikTokers are giving themselves Republican-sona “makeovers”

In honor of Disney’s ‘90s version of Cinderella finally dropping on Disney+, Brandy put a “magical spin” on a viral TikTok challenge.

Netflix is set to develop a Wednesday Addams series led by Tim Burton.

A Fortnite-inspired parody to the tune of “American Boy” has taken over TikTok.

Building on its massive success, Bridgerton star Regé-Jean Page is hosting SNL this weekend—and fans are beyond excited.

Could “pizza babka” be the next big food trend on social media?

After many calls and petitions, Dolly Parton humbly declined being turned into a statue in Tennessee saying that it isn’t the “right time.”