Hallmark draws ire for pulling a same sex couple commercial, then backtracks big time, a 25-year-old holiday hit is now number one, bad jokes are being roasted on TikTok, and all the other viral links, clips, hacks, and stories you should see this week! 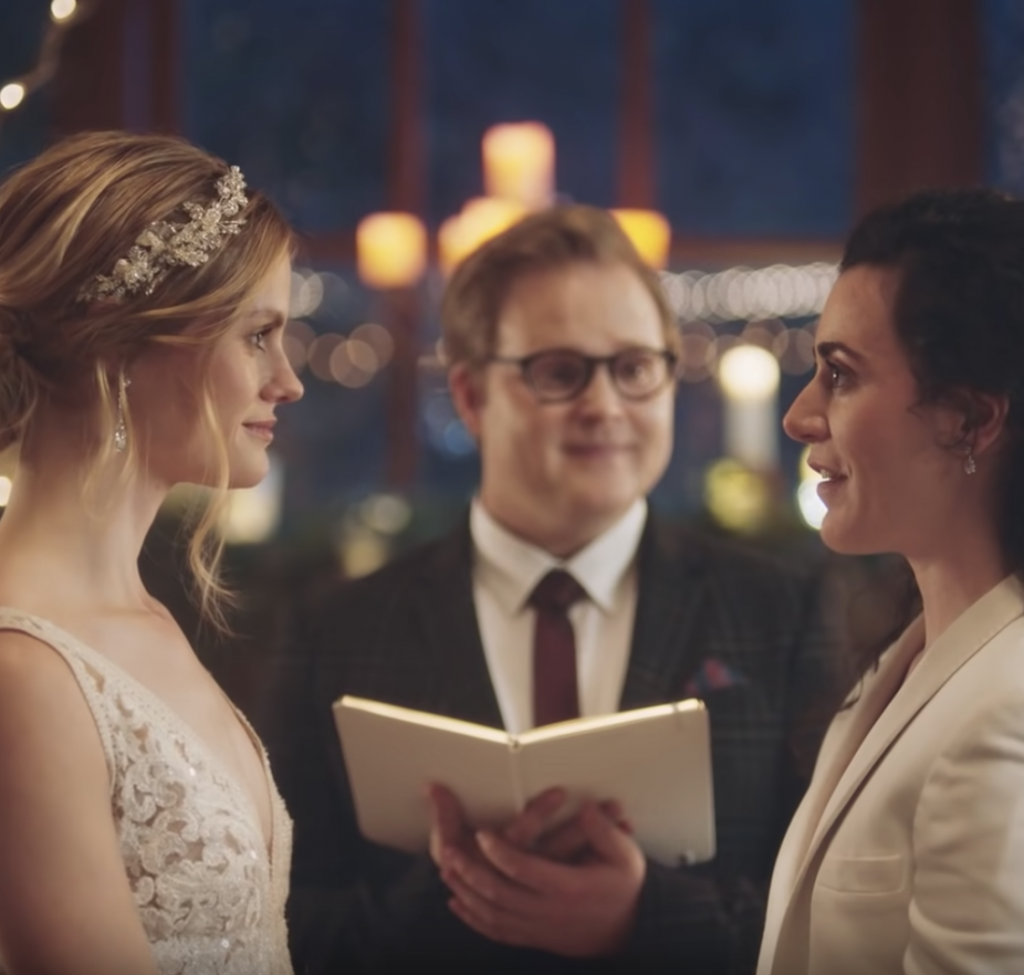 Millennials love Hallmark’s saccharine holiday content, but this week the network landed in hot water for a decidedly un-happily-ever-after reason. As The Wall Street Journal put it, “In Three Days, the Hallmark Channel Managed to Upset Pretty Much Everyone.” The trouble started when the brand pulled four ads from wedding registry Zola from their network—ads that included a same sex couple getting married and kissing. Their reasoning was to keep controversial content from “distracting their” viewers, but the decision came after pressure from conservative watchdog groups. Soon after the ads were pulled, the backlash began. #BoycottHallmark began to trend on Twitter as word spread that the ads were pulled because they represented a same sex couple, and Hallmark’s seemed to respond to the move with messages of inclusivity. Zola announced they would be pulling all of their ads from the network in protest, saying “All kisses, couples and marriages are equal celebrations of love and we will no longer be advertising on Hallmark.” It didn’t take long for Hallmark to backtrack, apologize for pulling the ads, saying they are “truly sorry.” They also publicly committed to “working with GLAAD to better represent the LGBTQ community across [their] portfolio of brands,” as well as “reaching out to Zola to reestablish [their] partnership and reinstate the commercials.” 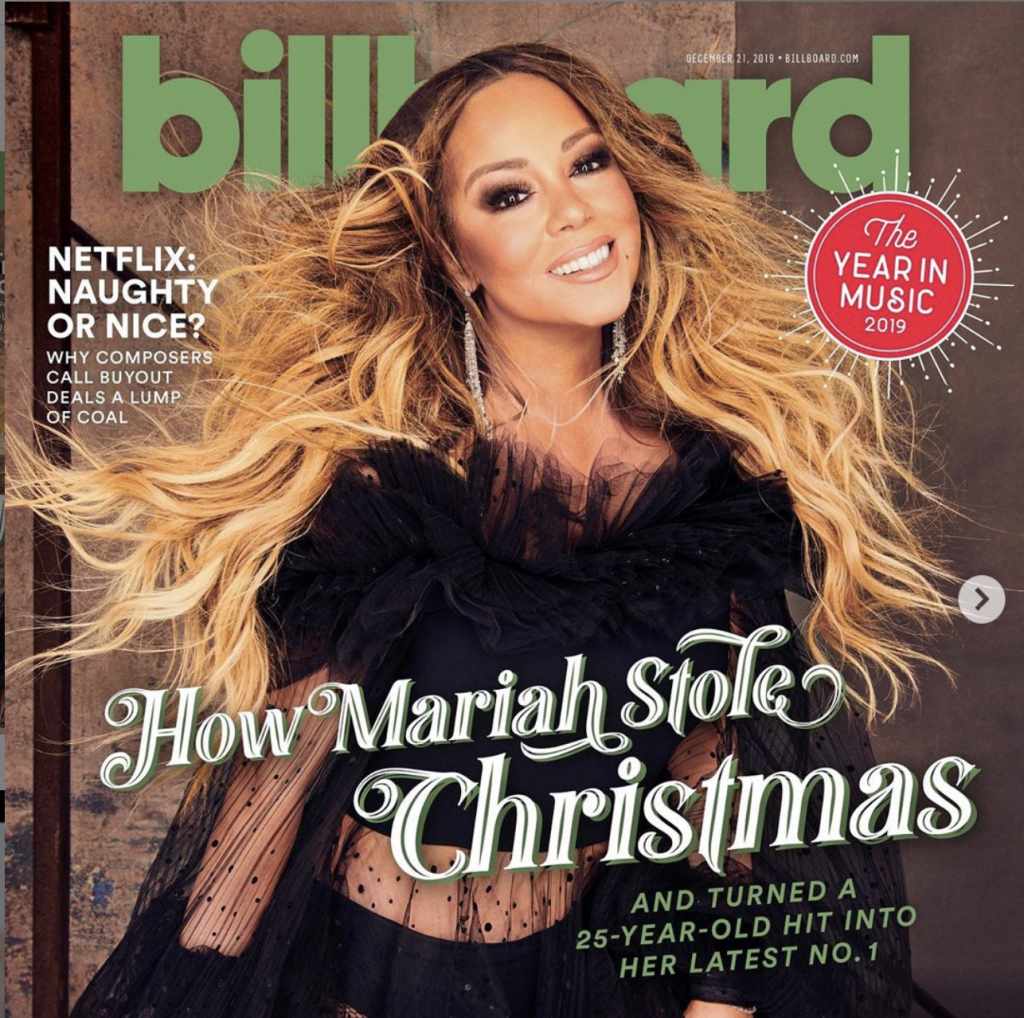 The iconic holiday song “All I Want For Christmas Is You” was released in 1994, and has become Mariah Carey’s signature anthem—she is called the Queen of Christmas. But now, 25-years after its initial release, the song is more popular than ever before, reaching number one on the Billboard Hot 100 charts this week. It’s the first Christmas song to hit the top of the charts since 1958. How did this happen? Well, Billboard reports that “Hot 100 blends all-genre U.S. streaming, radio airplay and sales data”—and we would venture a guess that young fans streaming the hit song (on repeat) are responsible for the surge in popularity this season. After all, 51% of 13-37-year-olds tell YPulse they can’t get enough of holiday music and movies. Need even more proof that Millennials and Gen Z love this song? A video of fans belting the tune on the New York City subway platform after Carey’s concert has gone viral this week as well, earning 2 million views on Twitter. 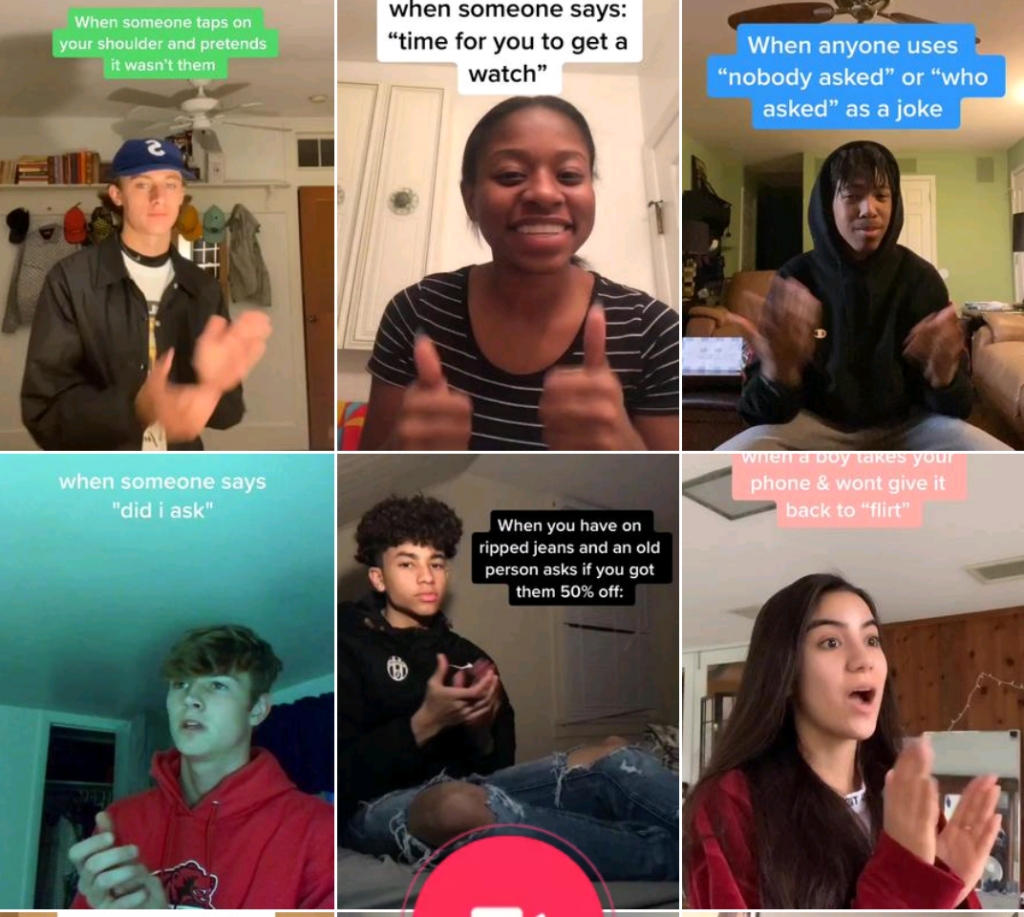 TikTok users are roasting bad jokes in a meme that now has 1.1B views, according to the platform. The #ComedyKing trend involves pointing out a bad joke—like “when someone taps on your shoulder and pretends it wasn’t them”—and slow clapping while a track )titled “comedy king”) plays to wry sentiment: “Wow, so smart. Comedy King.” According to The Daily Dot, the meme is not a new one, but TikTok users are bringing it new life with videos, as well as applying it to “the often sexist, racist, and homophobic” exchanges that young people “endure—and roll their eyes at.” One of our personal favorites combines two recent memes, with the message “When you have on ripped jeans and an old person asks if you got them 50% off,” along with the hashtag #okboomer. 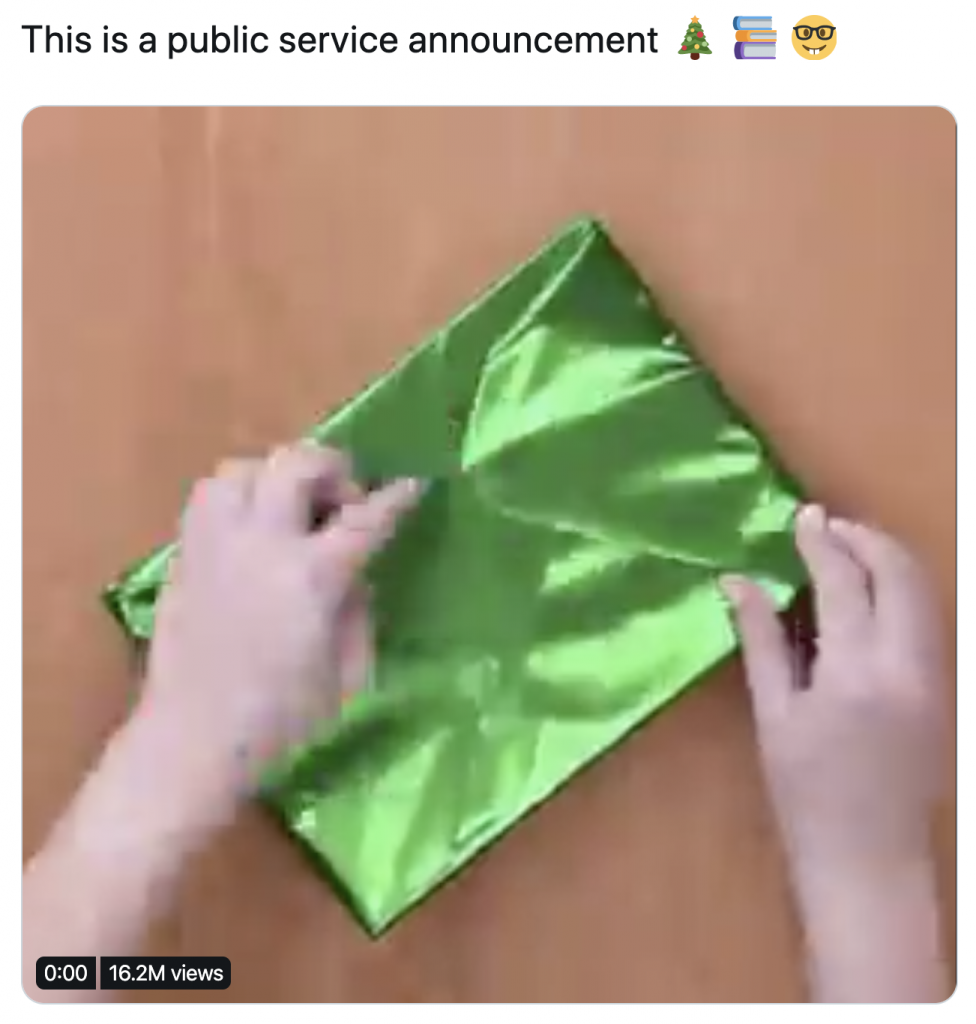 This wrapping paper hack posted by a U.K. bookseller has over 16M views

Cats came out and people have feelings