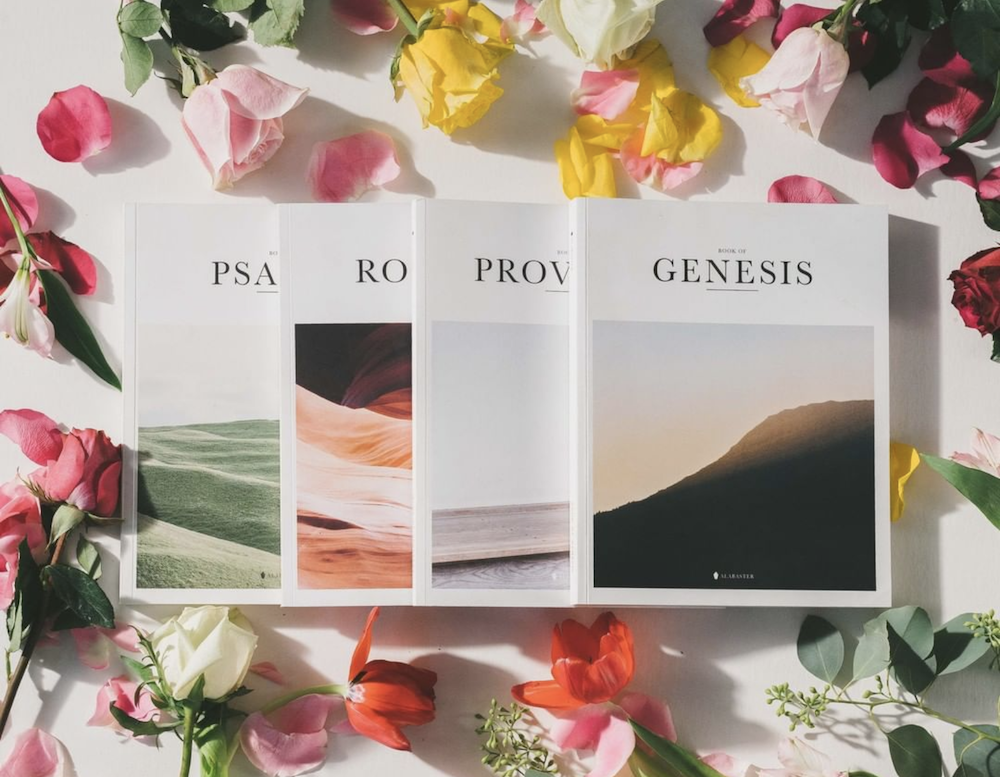 From Instagrammable Bibles to “cool” churches with social followings and “hype” priests, religion is getting a social media makeover for Gen Z and Millennials…

The decline in religious belief among Millennials has been discussed for about as long as we can remember, and it’s been suggested that Gen Z will join the older gen’s atheist ranks. Recent articles have claimed that “Gen Z Is The Least Religous Generation” and the World Religion News even called them the “Post-Christian Generation.” And the idea that young consumers are running away from religion and into the more amorphous moniker of “spirituality” has only gotten stronger with the rise in popularity of astrology, dream interpretation, essential oils, witchcraft, and tarot.

But the idea that Millennials and Gen Z are “turning their backs” on religion completely is an oversimplification of their beliefs. In our recent survey on religion and spirituality, when asked if they described themselves as religious, spiritual or neither, young consumers were nearly evenly split between the three. The majority of 13-36-year-olds actually tell us that religion is important to them and that they believe in God, which is even more true among teens. That said, organized religion is on the decline among young consumers—and seemingly everyone else. Recent Pew Research data found that just 65% of American adults describe themselves as Christian, down 12% over the past decade. Our own data found that nearly half of 13-36-year-olds say organized religion is a thing of the past, and less than two in five are praying and attending religious services weekly. Meanwhile, the majority of young people say they wish that churches would get a more modern, casual update and that they supported more progressive beliefs. 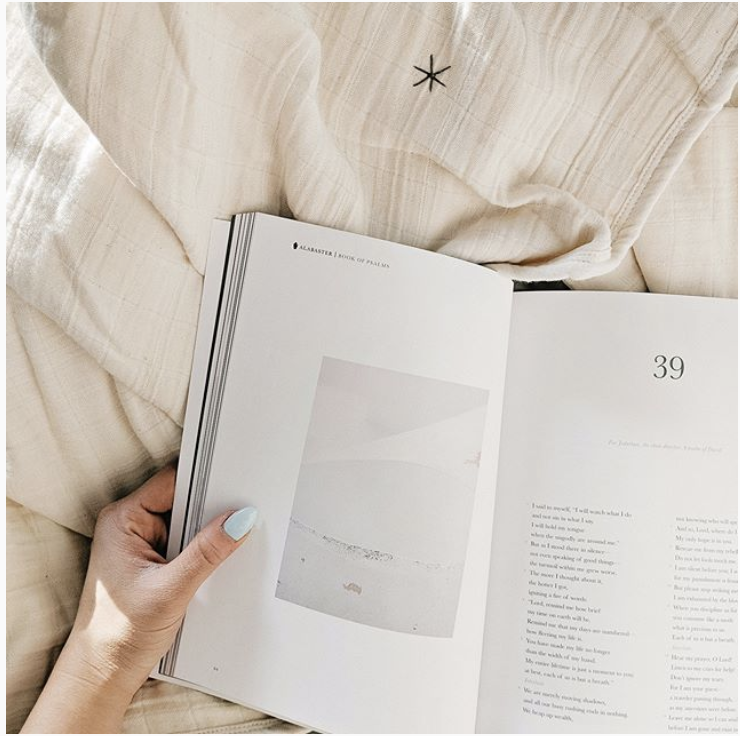 In the face of these shifts, priests and churches are increasingly rebranding and turning to social media in hopes of gaining cool points with young consumers—and upping their following. Even the Catholic Church is embracing tech and social media to try and capture younger believers. Earlier this year, they launched a “Click to Pray” app, where users can “pray with the Pope,” follow along with daily prayers, or post, comment, and like prayers that range from achieving world peace to the viral egg getting more likes in a social network-like section. The device then shows the users progress throughout each prayer and keeps track of each rosary completed. Nevertheless, Pope Francis recently upped his urges to young people to download the app, and the Church doubled-down on its tech-driven ploy to attract younger generations last week with the launch of its $110 Click to Pray eRosary, a wearable rosary that connects to the app and is activated by making the sign of the cross. But just 9% of 13-36-year-olds tell us they use an app to pray, and critics are skeptical—one sociology professor called the app “a gimmick, and a desperate grasping at straws. To call this a Hail Mary pass is way optimistic.”

But that’s only one of the ways that religion is being redesigned for their preferences—and to be more social media friendly. Alabaster is a Millennial-run startup that has created an Instagrammable bible, to turn Christianity into a “content-rich lifestyle brand.” The young founders took cues from trendy magazines and startups like Kinfolk and Warby Parker to create a version of the bible that they think Millennials will want to read—and share on social media. Though just 14% of young consumers tell us they share spiritual quotes on social media, and 12% say they share their religious beliefs, Alabaster sold 10,000 books last year to an audience primarily made up of 21-35-year-old females—and they plan to sell $1 million worth by the end of the year. “We want these books to be true and relevant to [M]illennials,” co-founder Bryan Chung told Vox. “We are all on our iPhones, but we also respond really well to visual imagery, and so it has to really grasp our attention. If it does, it can change the way we think.” 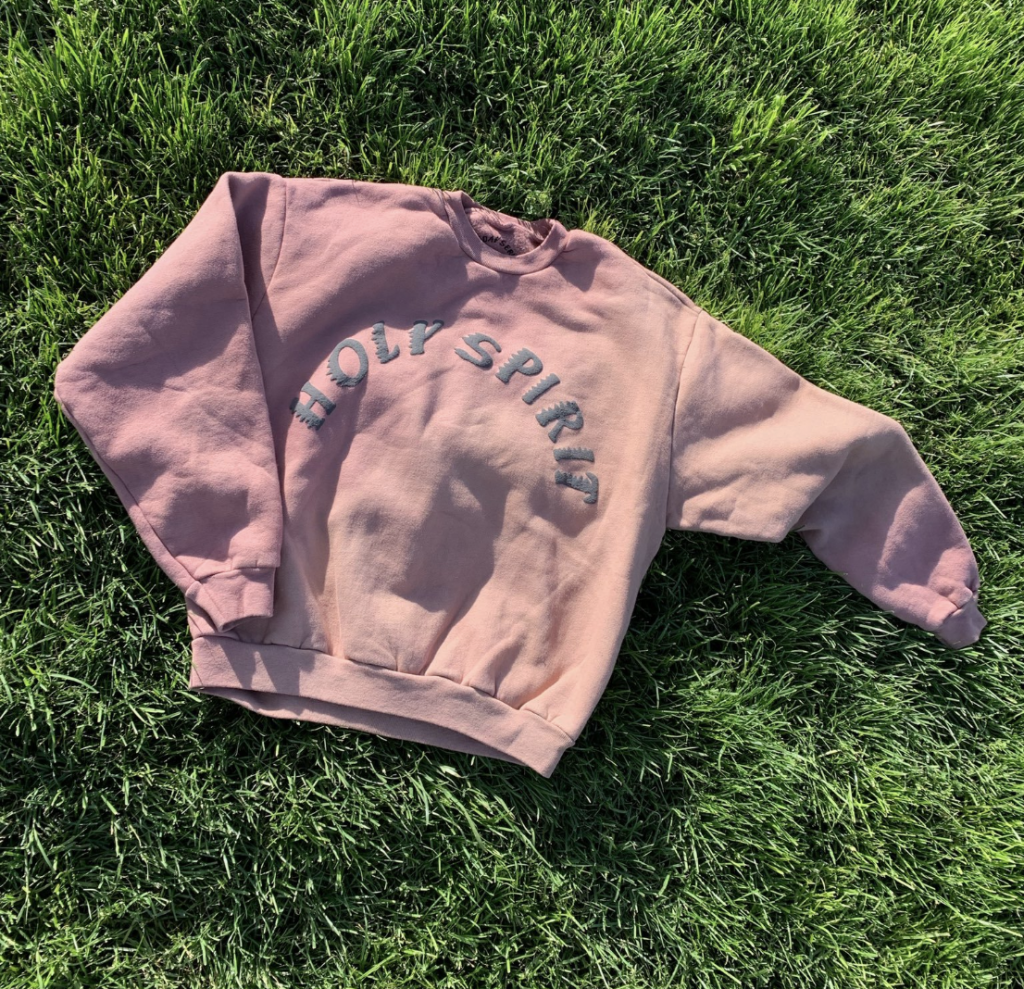 They’re not the only ones trying to Millennialize religion by leveraging the visual appeal of social media. Pastors like Carl Lentz (who leads the “cool” church Justin Bieber frequents) have become influencers with massive followings—and slick fits. Deemed “hypepriests” by GQ, Lentz and fellow spiritual leaders like Judah Smith and Rich Wilkerson are rocking cool streetwear brands like Supreme, Don C, and the highly coveted Louis Vuitton-Supreme collaboration—all in the name of upping donations and attendance to their church. While the idea of the “cool priest” isn’t new, GQ points out that “the hipster pastor has evolved. It’s no longer enough to no-comment gay marriage while wearing a biker jacket. Instead, you need to do it while wearing skater socks. Aggressive glasses. Very long drawstrings. Bieber merch.” However, there has been some backlash. An Instagram account called @preachersnsneakers was started earlier this year to call out cool pastors’ expensive kicks and ‘fits by posting pictures on Instagram paired with the items’ market prices. The account now has nearly 200K followers avidly debating church leaders’ drip. While there has certainly been some blowback to hypepriests, their celebrity followings are also helping to bring attention to their churches, like Lentz’s Hillsong, which NBC News has called the “celeb-filled, Instagram-friendly… new face of evangelicalism.” 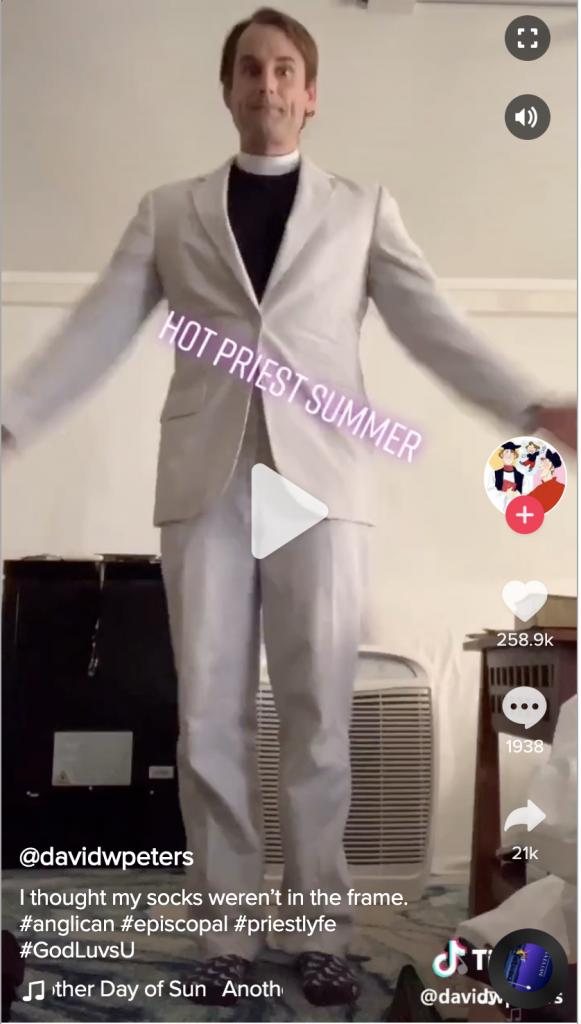 Then there’s Kanye West, who started his Sunday Services late last year, weekly spiritual music gatherings that have quickly transformed into a who’s-who of Hollywood’s elite. Nylon reports that Katy Perry, Busy Phillips, Orlando Bloom, and Courtney Love have all been spotted there, and The Cut explains that about 50 people seem to be at the services, all singing gospel songs and Kanye hits like “Father Stretch My Hands” performed by a “Yeezy-clad choir.” With the public’s curiosity piqued, an unofficial Instagram dedicated to the event cropped up, compiling all the photos and videos into an account that has over 192,000 followers. Some of the most popular posts are of the already-celebrity-status next generation of Kardashians (and Kardashian-Wests) dancing to the music. At this year’s Coachella, West sold Sunday Service merch: sweatshirts, pants, and other gear emblazoned with “Holy Spirit,” “Trust God,” and other religious references, all in an Instagram-friendly streetwear style. More recently, the artist and nouveaux religious entrepreneur was denied a trademark request for “Sunday Service”—indicating that he’s looking to expand his spiritual efforts…and sales.

In a more wholesome—but perhaps equally effective—attempt at reaching young people, Episcopalian priest David Peters is popping his clergy collar all over TikTok. Tasked with convincing people to join a new church in suburban Austin, TX, Peters turned to the video clip-sharing app to post clips of his “churchy” humor coupled with TikTok trends. In his most popular clip, for example, Peters cycles through his church vestments while jumping up and down in gowns to Another Day of Sun from the La La Land soundtrack. The words “Hot Priest Summer” flash across the screen. Peters currently has over 66,ooo followers on the platform, but while his videos have made him an unlikely viral star on TikTok, the jury is still out on whether it’ll draw young consumers into religion. We should point out that a comment on one video reads, “personally i am wiccan but it’s great seeing this 🙂 bless u.”

Ultimately, whether a more Instagrammable Bible, fun TikTok preacher, or celebrity fueled cool churches will convert Gen Z and Millennials remains to be seen. But there is without a doubt a change underway, a shift in how religious organizations and individuals are attempting to win over the next generations. And by being a more constant presence in the space young people are spending their time (social platforms) these efforts could earn followings—even if they’re just on feeds, and not in pews. 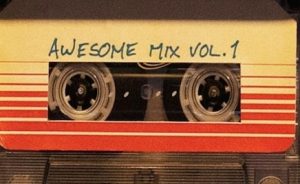