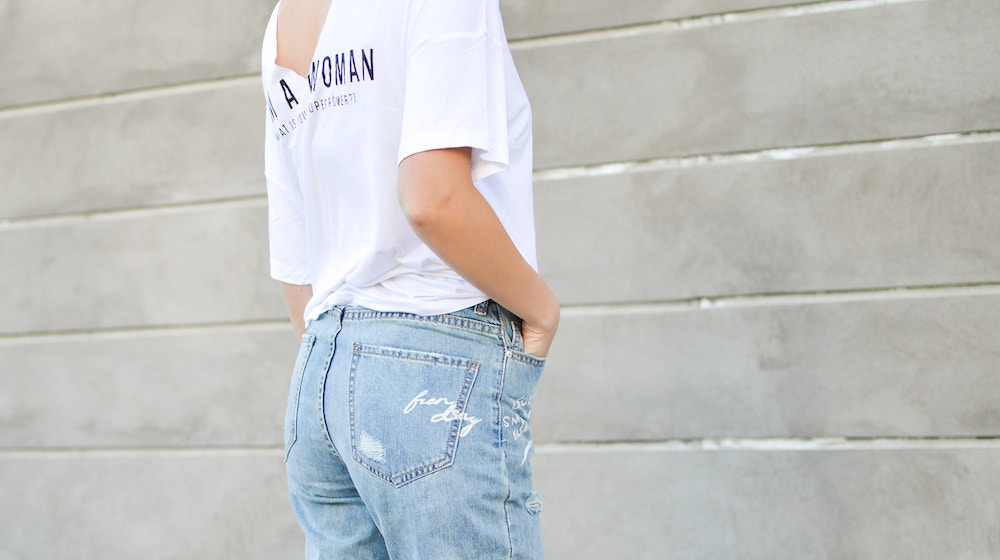 There are more forces than ever stealing young shoppers away from traditional retailers. What are their favorite places to buy clothing now? We asked…

The retail apocalypse continues, with 7,000 more stores closing their doors in 2019, according to Business Insider. CoStar Group estimates that the square footage of retail space closed has topped its own record each year since 2017, and this year they’re “predicting more of the same.” PayLess ShoeSource, Gymboree, Dressbarn, and Charlotte Russe lead the list of number of stores planned to shutter this year, as retailers learn to scale down size and up Experiencification for young shoppers. Online shopping is, of course, one of the major forces at play, with young consumers looking to direct-to-consumer brands, Instagram, and other non-traditional resources as valid, shoppable spaces. Amazon is also continuing to muscle their way into the clothing retail space, recently adding a new “Shazaam for fashion” feature that turns the whole world into a catalog. Young consumers can upload an image or screenshot to Amazon’s StyleSnap and it will recommend similar products for purchase. Similar tools are already employed by the likes of ASOS, Wayfair, and Target, so young shoppers now have a litany of ways to easily shop whatever they see in a magazine, TV show, online blog, or even real life.

And it isn’t just online shopping that’s stealing young consumers away from in-person retail these days. Thrift shopping Gen Z and Millennials are turning to apps like Thredup, Poshmark, and Depop to resell their retail and buy used pieces—and it could be hurting H&M and Forever 21. Young shoppers are getting luxury pieces at a lower price on secondhand apps, and the $20 billion resale market has outperformed the overall retail market in the past five years, according to IBISWorld. H&M and Forever 21 are feeling the loss of that market share, with the former reporting slowing sales and the latter reportedly “struggling to pay the bills.” Recode also reports that Poshmark has climbed the app store charts to become the second most-popular shopping app, with more than 40 million users.

So with the new places that they can find affordable styles multiplying by the year, have their favorite places to find fashion changed? Our recent fashion and shopping survey asked 13-37-year-olds to share their favorite store or site to shop for clothing—and their top responses show some interesting shifts:

Their Favorite Places To Buy Clothing

*This was an open-end response question to allow us to capture the full range of Millennial and Gen Z’s favorite places to buy clothing—without our preconceived ideas shaping their responses. As with any qualitative question, the responses include those that are top of mind and those that are most popular. The lists are ordered according to number of responses received, and alphabetically when ties occurred.

No, Amazon isn’t their favorite place to shop for clothing quite yet. Target takes that coveted spot. (Target was also the top-ranking retailer they buy their work clothes from, indicating its prime position among young shoppers.) But notably, Amazon moved up from a 7th place ranking in 2017 to a 2nd place spot this year—and Target’s lead is not a large one. Also, importantly, Amazon does win the top spot among young male shoppers, who are incredibly attracted to the convenience of buying clothes on the site.

While “mall” was 2nd in the ranking in 2017, the shopping meccas have fallen off the top ranking completely in 2019. But thrift stores/Goodwill have maintained their popularity, actually rising from the 11th place spot to 8th this year. When we look at the top responses by age group, we can see that thrift stores are especially favored among 19-25-year-old shoppers:

The top favorite clothing retailer is different for each age group, with American Eagle winning out among 13-18-year-olds, Target taking the top spot among 19-25-year-olds, and Kohl’s sitting at number one for 26-37-year-olds. (Amazon is most popular among this older group—but makes the top three for all age groups.)

While secondhand shopping apps like Poshmark and Thredup didn’t make the top 16 ranking, or the top five for any one age group, they were mentioned by several female respondents, who mentioned quality deals, the ability to haggle, and “the thrill of the hunt” as major reasons they love shopping on the apps. We wouldn’t be surprised to see these mobile marketplaces creep into the ranking in the next few years.