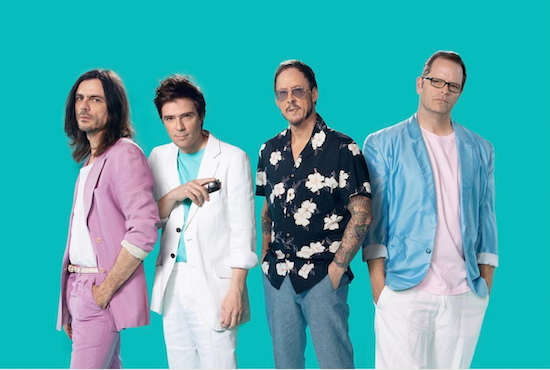 Weezer Knows How To Make Viral Hits On The Viral List

Weezer is capitalizing on their cover-making viral fame, an iconic candy won’t be available this Valentine’s Day, Ariana Grande’s latest song is being attacked (but still breaking records), and more headlines that took over the web this week…

1. The Internet Wanted Weezer To Do Covers—And They Listened

Weezer has figured out exactly what the internet wants: cover songs. After everyone campaigned for the nostalgic band to cover Millennial anthem “Africa,” they released a viral hit. Now their surprise-released album shows that they’re quick to capitalize, with a track list that Vox describes as “white people doing karaoke.” Their cover of the song “No Scrubs” is proving especially popular. Of course, not everyone likes the new album; in fact, Thrillist calls it “irritatingly bad,” and @golddtatt wrote, “that weezer cover of no scrubs is a monstrosity omg.” Meanwhile, the reporter who claims to be responsible for making Weezer’s “Africa” cover a reality by drawing attention to the (subsequently viral) Twitter campaign has publicly apologized for “creat[ing] a pop culture monster” on Noisey. Regardless, the album is driving hype, and is actually a clever marketing strategy for their upcoming album of original music, the Black Album.

2. No Conversation Hearts Are Coming To Shelves This Valentine’s Day

You won’t be finding Valentine’s Day’s most iconic candy on shelves this year: conversation hearts. The chalky candies with cloyingly sweet sayings couldn’t survive Necco’s downfall—and the media is having a heyday. Their creator Necco has seen sliding profits for 15 years, according to Vox, and this year was acquired twice amid factory shutdowns. Their new owner, the Spangler Candy Company, has several classic brands, like Dum Dum Lollipops, under their umbrella, and doesn’t intend to let Necco die. Unfortunately, “manufacturing challenges and unanswered questions” led their CEO to skip a year of producing the iconic candy hearts, announcing they’ll be returning to stores next year. But if your sweet tooth can’t wait, you can pony up about $40 for a 36-pack of them on Amazon or buy another brand like Brach’s, reports LancasterOnline.

Ariana Grande’s new song “7 Rings” may be breaking records (according to Official Charts), but it’s also causing controversy. The Atlantic reports that the song is full of cultural appropriation, and Twitter agrees. Some are speaking up about Grande’s use of Kawaii style and Asian languages as an aesthetic, while others have called out Grande singing about wearing a weave. One Twitter user writes, “When black women wear weave it’s ghetto and trash and we’re bald but now miss Ariana says that corny ass line everyone and their mom is hype [about] it.” Then the Instagram account The Shade Room put Grande on blast for reposting a screenshot from a fan that read “white women talking about their weaves is how we’re gonna solve racism,” to which Grande apologized in the comments, reports BuzzFeed. And that’s not all: specific black artists like 2 Chainz are putting Grande on blast for imitating their songs.

4. YouTubers Are Being Impersonated In This Scam

A new scam is sweeping YouTube, and Gen Z’s favorite reporter Philip DeFranco warned his viewers about it on a recent video that has over 1.2 million views. According to The Verge, people are pretending to be influencers by copying their profiles and main pictures. Then the scam artists are responding to viewer’s comments in videos, telling them that they’ve won a prize or access to an exclusive subscriber list. All they have to do is click the link—which is a big red flag. Though DeFranco believes his viewers are savvy enough to know not to click (he says, “I think that 98.3% of you that got this were like, ‘That’s definitely a scam’”), YouTube took the threat seriously. The video platform responded to DeFranco on Twitter by writing, “Thanks for reporting on this spam issue! We’re in the process of implementing additional measures to prevent impersonation like this. In the meantime, your subs can protect themselves by blocking any account that is spamming them: https://goo.gl/67Vosy.”

Rumors are swirling that Lin-Manuel Miranda is helping create a Latinx Disney princess, *NSYNC rapping about Pokémon is the ‘90s throwback we’ve been waiting for, people are sharing their most wholesome run-ins with celebrities in a viral thread, and Twitter is torn about the correct way to write an “X.” 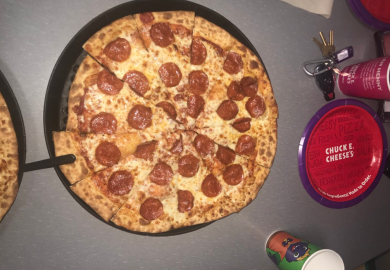 Burger King Burns McDonald’s And Kanye On The Viral List 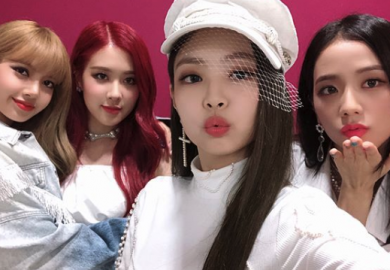