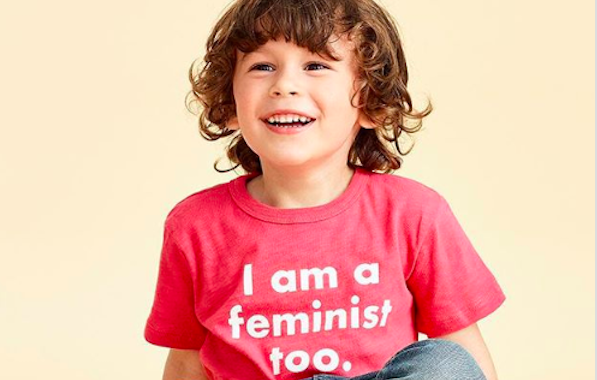 A feminist J.Crew t-shirt for boys has ignited a debate between parents, Weezer finally did the cover Twitter was demanding, ABC swiftly cancelled Roseanne after racist tweet, and more of what’s taken over the internet this week… 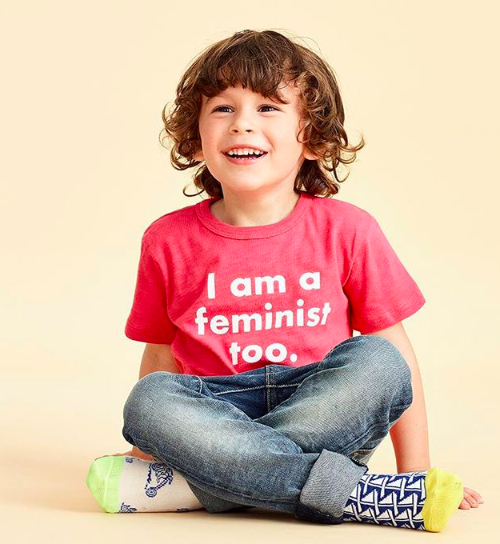 An Instagram photo from J.Crew showing a young boy wearing a pink “I am a feminist too” t-shirt has ignited a fierce online debate on what’s appropriate for children’s clothing. The post, which currently has over 1,000 comments and over 16,000 likes, is captioned “Start ‘em young” and references the retailer’s collaboration with crewcuts and PrinkShop, which includes contributing a portion of the profits to an organization that “helps girls achieve their dreams.” While some commenters are praising the shirt’s message, others are expressing objections, questioning whether parents should be choosing their children’s stance on seemingly “hot-button issues.” In a statement to Yahoo! Lifestyle the brand stated, “J.Crew stands for equality, and is for everybody.” 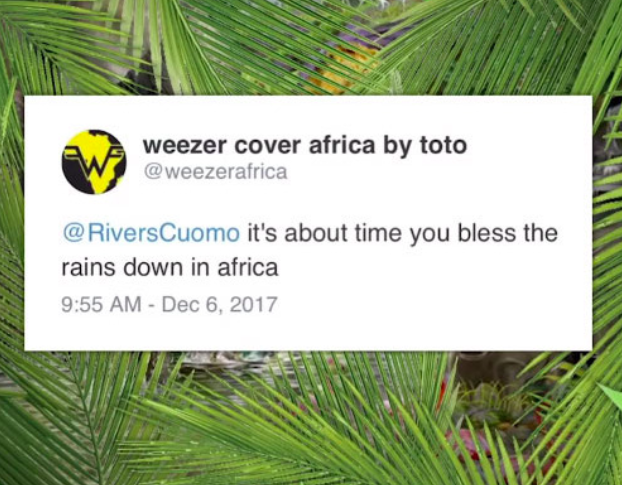 A 14-year-old’s Twitter-driven crusade to convince Weezer to “bless the rains down in Africa” achieved its goal this week with the power of the internet. Last year, Ohio resident Mary started Twitter account @WeezerAfrica with the screen name “weezer cover africa by toto” and a simple tweet: “@Weezer cover africa by toto please.” She persistently tweeted the same request repeatedly thereafter, getting the attention of hundreds of other fans, media outlets, the band behind the original 1982 hit, Toto, and eventually Weezer. At first the band trolled the movement by releasing a cover of Toto’s “Rosanna” instead, but this week they gave Mary and the internet what they always wanted: an “Africa” cover that currently has over 2.7 million views on YouTube.

ABC has taken over headlines this week after making a groundbreaking and incredibly quick decision to cancel Roseanne in response to a racist tweet from the series’ star, Roseanne Barr. Barr has been known for making controversial political statements in the past, but it was a tweet that compared Barack Obama’s former advisor Valerie Jarrett to an “ape” that crossed the line for the network. Despite the series reboot premiering to high ratings and its second season being well underway, Channing Dungey, president of ABC Entertainment, swiftly responded to the controversy by pulling the plug—a move that is being widely praised by the industry. ABC isn’t the only network navigating how best to respond to criticism of its stars: this week TBS is also attempting to put out the flames from a statement made by political pundit Samantha Bee. 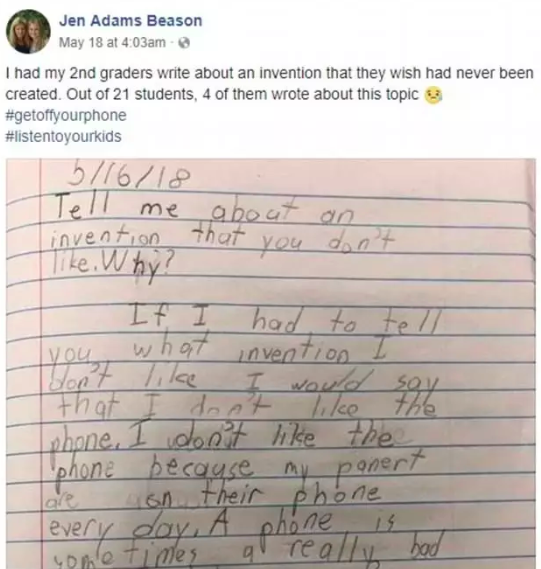 A second grader made headlines recently for writing that they hate their mother’s cell phone and “wish she never had one,” prompting hundreds of thousands to share the message. The sentiment was expressed in a letter that was assigned by a second-grade teacher in Louisiana, who asked her students to write about an invention they wish was never made. She posted this particular response on Facebook stating, “out of 21 students, 4 of them wrote about this topic.” The letter also stated, “I don’t like the phone because my [parents] are on their phone every day. A phone is sometimes a really bad [habit],” calling to attention the modern-day dependence on technology, and influencing others to share the post more than 256,000 times.

Maroon 5 and Cardi B released a music video flooded with female stars that is racking up the views, a double t-shirt is confusing the internet, a rap beef between Pusha-T and Drake is blowing up timelines, and everyone is talking about the pettiest Venmo requests they’ve gotten.