How Millennials & Gen Z Are Pushing Brands to Be Zero-Waste 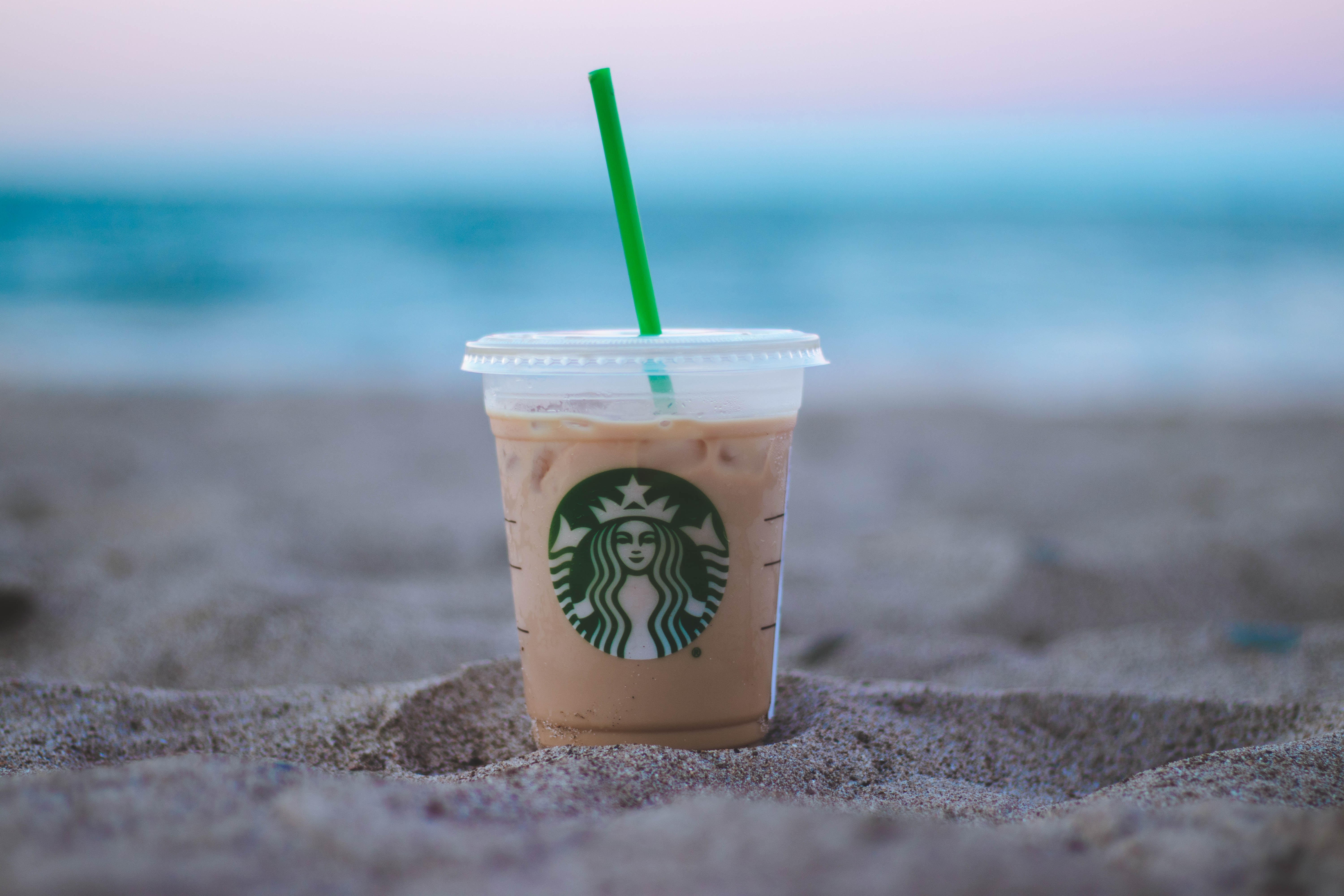 From straw-bans to bottle-free products, zero-waste is the cause du jour, and big brands are making sure to stay on young consumers’ good side with new efforts to be eco-friendly…

Plastic is quickly becoming public eco-enemy number one. As Reason.com put it, “2018 will forever be remembered as the year that hating plastic straws went mainstream.” Lately, it seems you can’t scroll through social media without seeing calls to eliminate plastic waste, with the straw as the top item that public sentiment has turned on. The #StopSucking movement (backed by groups like Strawless Ocean and Lonely Whale) is gaining ground, with celebrities getting on board to call for plastic straw bans, and the use of alternatives to cut down on the reported millions used by Americans daily. And as zero-waste increasingly becomes the cause du jour, big brands are making big public moves to make young consumers feel like they’re part of the solution and not the problem. 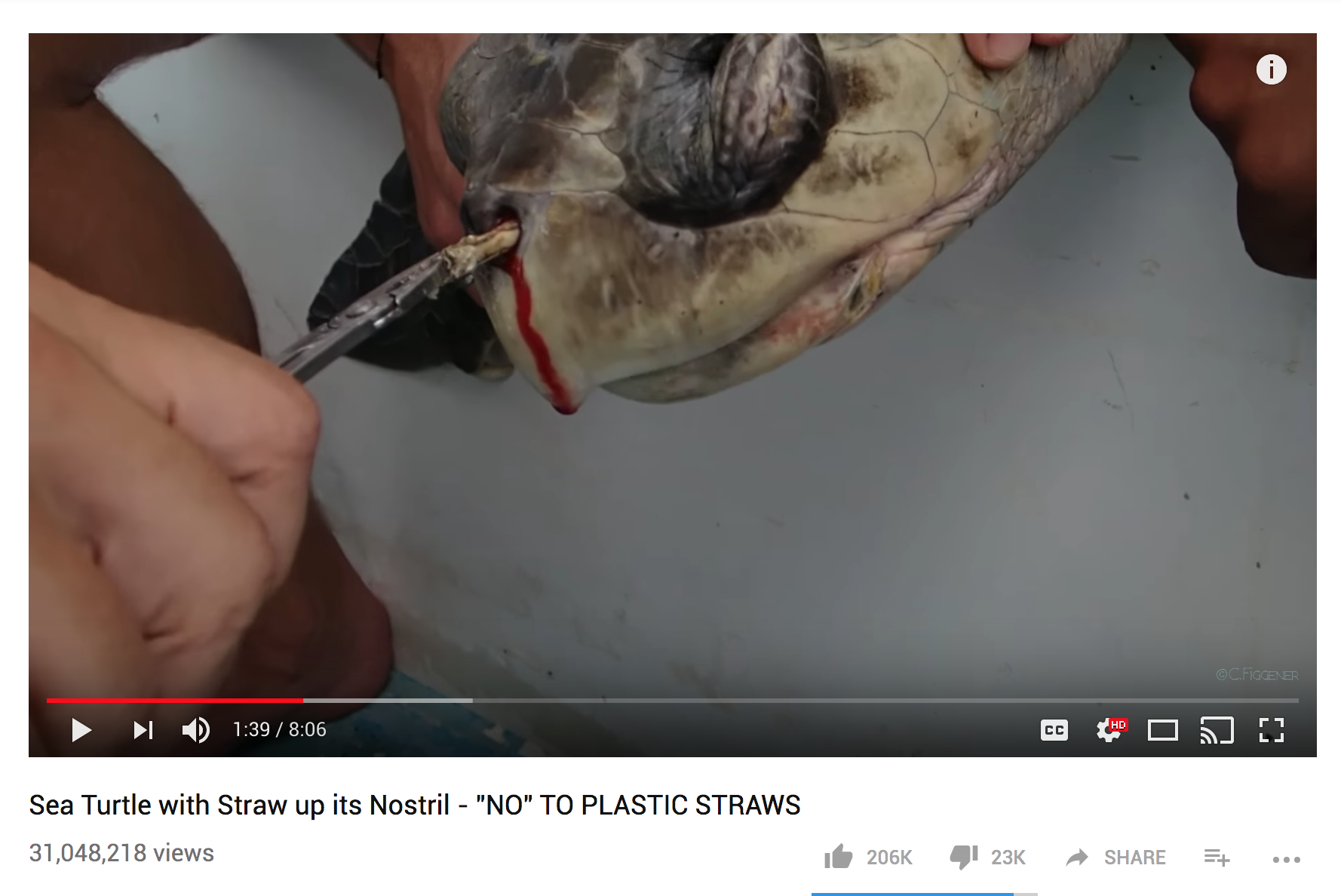 So how did we get here? Just last year the idea of eliminating straws was the domain of just the most passionate eco-warrior, and today it’s a major topic of conversation among Millennials and Gen Z—and a gateway to talking about zero-waste, ocean pollution, and other single-use plastic problems. Well, we likely have video to thank for that. Short video content has become a massively influential way of spreading information among young consumers: 68% of 13-17-year-olds and 44% of 18-36-year-olds tell YPulse that they keep up with news content more via video than text. Many are seeing these videos on social media, and their views are being shaped by them.

Just last month, Lush experienced the power of the viral social video first hand, when a Facebook video highlighting Lush Shampoo Bars’ environmental impact catapulted the product to viral status, causing 12,000 to be sold in 48 hours. The shampoo bar is marketed as a hair cleanser that can last up to 80 washes and, more importantly, is zero-waste. Though it’s not a new product, it was featured in an ATTN: “We Need This” episode focused on the fact that 552 million shampoo bottles are being disposed annually. The video, which currently has over 75 million views, drove 86,000 visitors to the Lush website in the two days after it was posted. 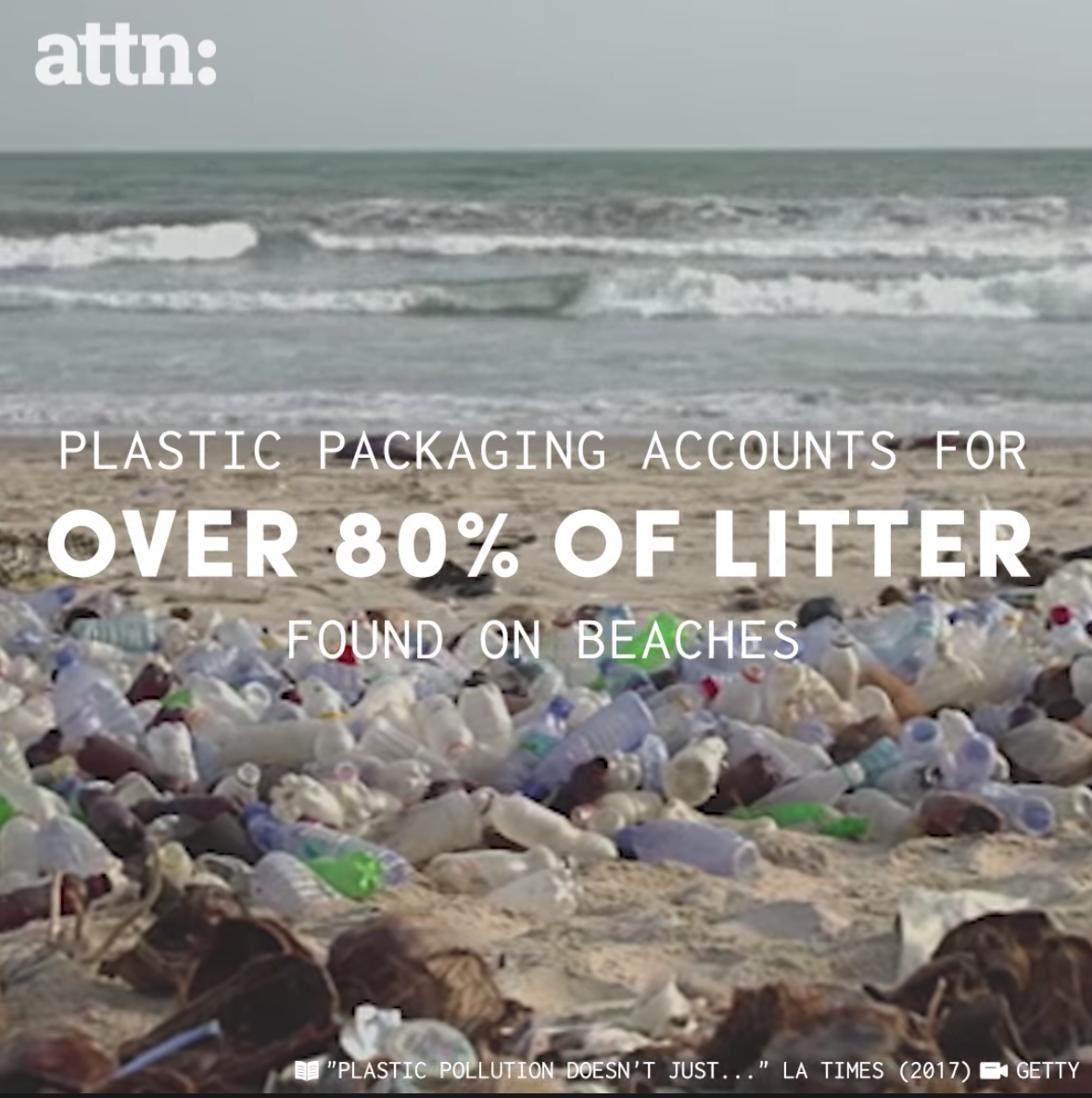 Videos featuring plastic waste plaguing the worlds’ oceans are being shared on social en masse, and the best example features a plastic straw. “Sea Turtle with Straw up its Nostril – “NO” TO PLASTIC STRAWS” was posted in 2015, and currently has more than 31 million views on YouTube. Clips from the now-infamous footage have been used in other videos calling for plastic waste reduction, making its reach even bigger. It’s just one example of the kind of video content that has shifted public sentiment around straws—and created the current trend of brands going straw-free in response. In June, McDonald’s UK announced that they would be ending plastic straw use by 2019, with consumer concerns as their top reason. This month, Starbucks made even bigger headlines by announcing that they would be going plastic-straw-free at all their locations “around the world” by 2020. The coffee chain (with a Yscore of 67) will be replacing all plastic straws with so-called “adult sippy cups” and sustainable straws by 2020. Alamo Drafthouse has also followed suite, with the brand’s CEO saying, “It’s the right thing to do.”

Whether it’s the right thing to do or not, it hasn’t gone unnoticed that the straw-free decrees that brands are currently making are likely a bid for young consumers’ positive sentiment. In our Causes to Crises trend, 72% of 13-35-year-olds told us that brands have just as much responsibility as people to get involved with social causes, and they’re flexing their purchasing power to make it happen. The reality is that when it comes to fighting plastic pollution, banning straws is a drop in the metaphorical polluted ocean. But many contend that it’s worth doing anyway, because straws have become a public focus, and also a “gateway” cause. As Vox points out, “Straws are far from our biggest problem when it comes to marine plastic pollution, but of all the single-use plastics, they seem to be the easiest to let go of (except for people with certain disabilities who can’t drink out of cups without them). And activists hope that straws will be a “gateway plastic,” encouraging people to forgo other single-use plastics such as bags and bottles.” 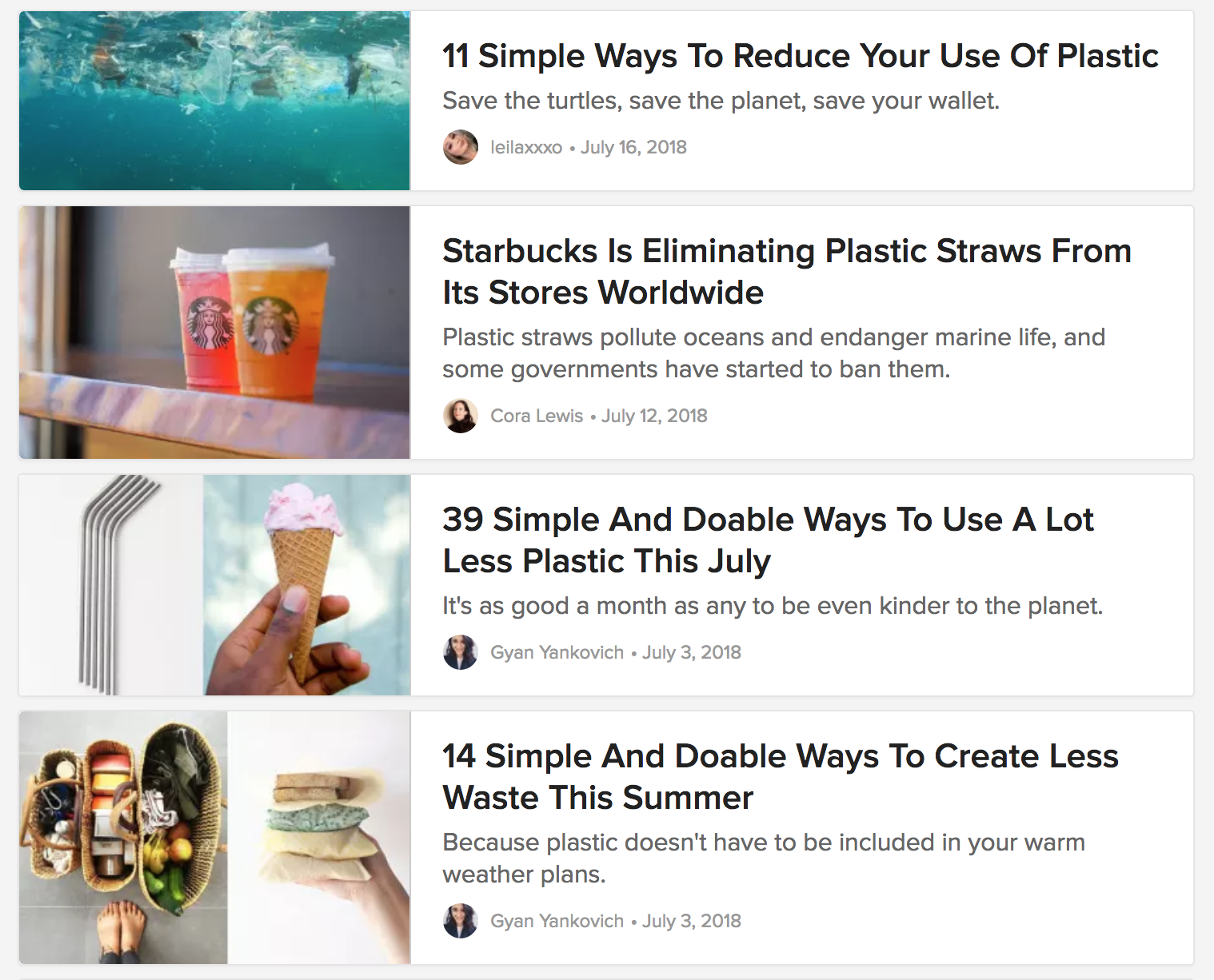 But as the Lush example clearly shows, plastic straws might be the hot topic right now, but they aren’t the only way that brands are being impacted by young consumers’ zero-waste desires. A look at BuzzFeed shows just how common conversations around reducing plastic waste and going plastic-free have become, with articles like “11 Simple Ways To Reduce Your Use Of Plastic,” “39 Simple And Doable Ways To Use A Lot Less Plastic This July,” and “14 Simple And Doable Ways To Create Less Waste This Summer,” appearing in just the last month. A video ad for the brand etee, a plastic wrap alternative, currently has 1.5 million views and 2.2K shares on Facebook. It looks like straws really could be the “gateway plastic” and young consumers’ concerns about eco-waste are spreading to other area as well—which means that more brands could get involved in providing zero-waste solutions that appeal to them.