A viral video highlighting Lush Shampoo Bars’ environmental impact spikes sales, a wine-throwing realtor becomes inspirational meme, the “I Really Do Care” jacket sells out, and other headlines you might have missed this week:

A Facebook video spotlighting the environmental benefits of Lush’s Shampoo Bars has catapulted the product to viral status, causing 12,000 to be sold in 48 hours. The shampoo bar is marketed as a hair cleanser that can last up to 80 washes and, more importantly, is zero-waste. Though it’s not a new product, it was recently featured in an ATTN: “We Need This” episode focused on the fact that 552 million shampoo bottles are being disposed annually. With more than two in three 13-35-year-old females telling us that an eco-friendly label would make them more likely to buy a product, it should be no surprise that the video, which currently has over 63 million views, drove 86,000 visitors to the Lush website in less than 48 hours after posting.

A Los Angeles realtor’s eccentric promotional videos are racking up the views, and could be the inspiration Millennials need to buy a home. Decked out in colorful, eye-catching clothing (many of her own design and one of which has since sold out), Veronica Recinos gives motivational speeches through Instagram that often end in the same way: “Veronica turns sideways, points to the camera, says, ‘I am gonna show YOU how to be a homeowner,’ and then promptly walks out of the frame, presumably to go close a deal on a house.” In one recent video, Recinos talks about rent being due and then smashes a glass of wine on the ground, telling her viewers to “stop whining about it!” That clip has generated over 75,000 views and turned Recinos into an inspirational meme Millennials never knew they needed. 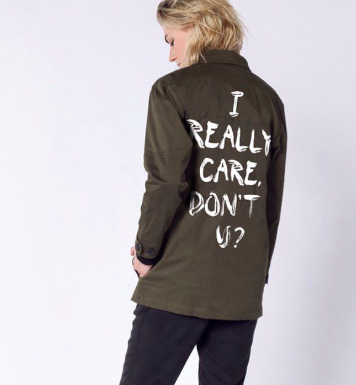 Wildfang’s “I Really Do Care” Jacket Sells Out

A Wildfang jacket that takes a new stance from the jacket Melania Trump wore on a recent trip to Texas has sold out. Before boarding a plane to visit detained immigrant children this week, the First Lady was photographed in a Zara jacket that reads “I Really Don’t Care Do U?” The fashion choice was considered to be tone-deaf by some, especially since many have made it clear that they do care about the recent immigration events. As a response, Wildfang released a very similar jacket with the message “I Really Do Care Don’t U?” and pledged to donate 100 percent of sales to a nonprofit organization that provides free and low-cost legal services to underserved immigrant children, families, and refugees. According to the brand, they raised $15,000 within the first two hours of sale, and the jacket is already sold out. 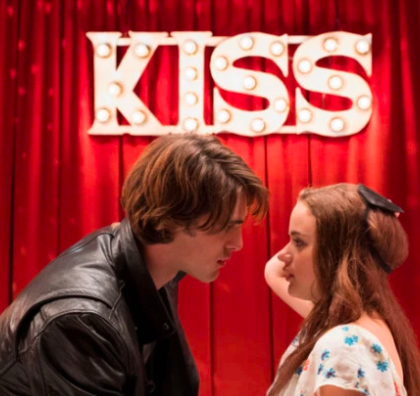 A Netflix teen rom-com that has been received poorly by critics has become the fourth most popular movie in the United States, according to IMBD. The Kissing Booth, a movie about a high school student who falls in love with her best-friend’s brother, has a 14% score on Rotten Tomatoes and has been called out as “sexist.” So why is it so popular? According to UPROXX, it’s the light-hearted movie teens needed: “This generation of teenagers doesn’t yet have a defining teen flick like Clueless, Breakfast Club, or Mean Girls, and most of the teen movies that have broken through (Fault in our Stars, Lady Bird) have been heavier, more dramatic affairs.” The soon-to-be-released Netflix teen film To All The Boys I’ve Loved Before is also drumming excitement this week for most likely similar reasons, and Netflix seems to be singlehandedly rebooting an entire genre.

A girlfriend’s commentary on a World Cup game goes viral, this kid’s dancing video has landed him in popular video game Fortnite, everybody is loving McDonald’s new coffee, and Roseanne gets a second chance.