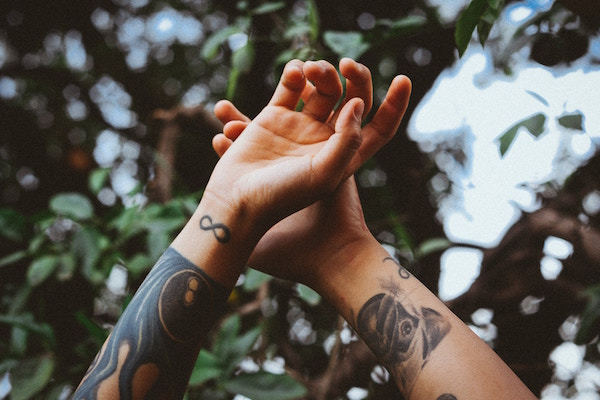 What tattoos are Millennials and Gen Z, arguably the most inked generations, choosing? We asked, and found out the most common designs they’re sporting now…

Over 20% of 18-35-year-olds have tattoos, and YPulse data shows that more would like to join their ranks: 41% of 13-17-years-old and 27% of 18-35-year-olds who don’t currently have one are interested in getting a tattoo in the future. Those who already have tattoos are proud of the ink they sport. Eighty-five percent disagree with the statement, “I plan to have one or more of my tattoos removed someday,” and 89% say they are proud to show off their tattoos.

Their pride is likely related to their emotional connection to the designs they’re choosing. The stereotype of picking a tattoo from a menu on the wall isn’t likely accurate for this group, 88% of whom say they chose their tattoo(s) because they have emotional meaning—more than the percentage who say they chose it because it looks cool. Though the majority believe that their tattoos make them unique, there are some commonalities to be found in the kinds of designs they’ve picked to permanently show off. In our recent monthly survey, we asked 13-35-year-olds with tattoos to tell us what they have, and created a list of the most popular design themes. Here’s the most common ink among young consumers right now:

*This was an open-end response question to allow us to capture the full range of tattoos that 13-35-year-olds are choosing—without our preconceived ideas shaping their responses. As with any qualitative question, the responses include those that are top of mind and those that are most popular. The list is ordered according to number of responses received, and alphabetically when ties occurred.

What Tattoos Do They Have?

The top tattoo design Millennials and Gen Z currently sport are animals and insects—with butterflies, cats, and dogs the most common ink under that category. Nature is a major theme in the most popular tattoos, with animals/insects, flowers, sun/moon/stars, and birds all coming up in the top ten.

But the theme of emotional significance is perhaps even stronger. Many of those nature and animal designs are chosen because of the connection they represent to a person, pet, or place. Loved ones’ names and family homages (including portraits of family members and family crests) both made the top 15 list, as did awareness ribbons, signifying the disease or survival of a loved one or themselves. Gen Z and Millennials are using their tattoos to represent the people that they love, and perhaps have them present symbolically.

Young consumers’ fandom is also a major theme of the tattoos they pick. Images and symbols from books, movies, and TV shows came in at number nine on the list—with Harry Potter and Star Wars both mentioned by more than one respondent in the category. Other types of fandom are being used as tattoo inspiration as well, with multiple respondents saying they have tattoos in honor of a favorite band, and several saying they have a brand logo—perhaps a sign of the rise of Brandoms we’ve seen recently.