With 4.6 million views and counting, a music video featuring Céline Dion singing a powerful ballad while superhero character Deadpool dances “Flashdance”-style in heels is the current #1 trending video on YouTube. The collaboration started when Dion was sought out to sing the emotional ballad “Ashes” for the soundtrack of upcoming action-comedy film Deadpool 2. The resulting video brought together an unlikely pairing that helped generate two million views in one day. The film’s director David Leitch recently talked to EW to explain: “I needed a song in the movie and I wanted a ballad that was thematic…But to do the music video, we got marketing involved, and I think their first reaction was, ‘Excuse me, what do you guys want to do?’…‘It’s Céline Dion singing this melodramatic song, and Deadpool’s going to dance an interpretive dance beside her, and there you go.’” 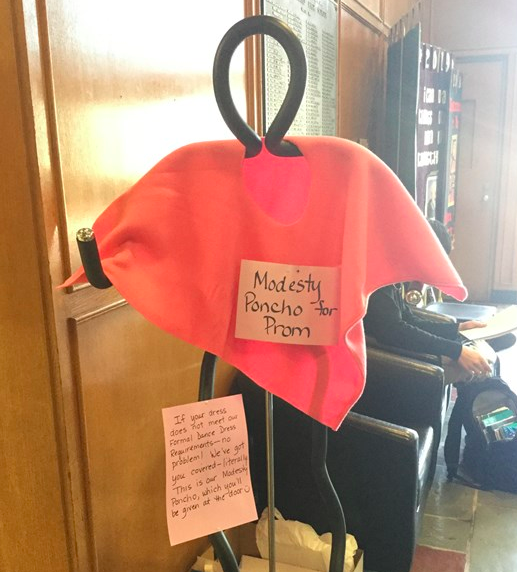 A Catholic high school in Michigan is under fire this week for displaying a “modesty poncho” to encourage students to follow their prom’s dress code. Students at the school shared the photos of the poncho and the attached note that stated, “If your dress does not meet our formal dance dress requirement — no problem! We’ve got you covered — literally. This is our modesty poncho, which you’ll be given at the door.” The photos quickly sparked an outcry, resulting in the school explaining it was meant to be a “light-hearted” reminder of the dress code, and they never planned on giving out the ponchos. According to one student at the school: “I felt it made too quick a judgment of our character…I thought it was also unfair to certain girls, as most dresses made available by the fashion industry do not allow them to fit their body types without them being in violation of the dress code.” 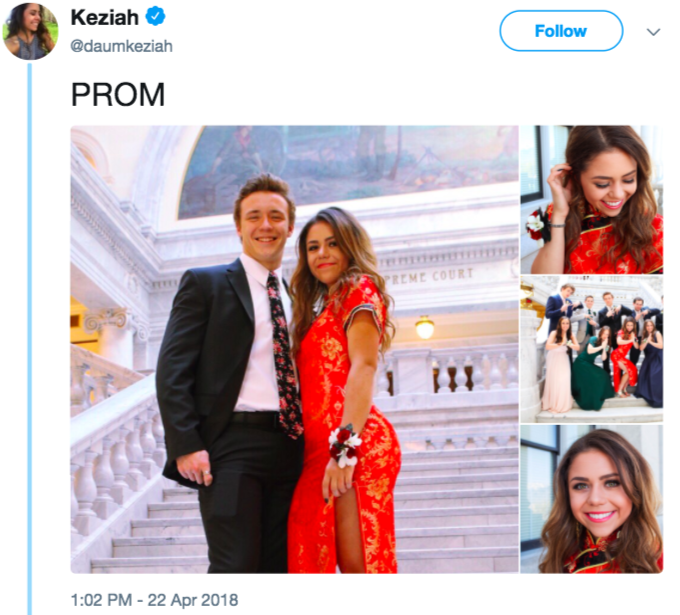 The Prom Dress That Sparked a Fierce Debate

Speaking of prom and controversy, an 18-year-old’s prom dress has ignited a fierce online debate. University student Jeremy Lam sparked the dispute when he retweeted Keziah Daum’s prom photos of her in a traditional Chinese dress with the caption, “My culture is NOT your goddamn prom dress.” Racking up close to 180,000 likes, Lam’s tweet went viral with many calling it cultural appropriation—but along with backlash has also come support. Many self-identifying Asians have gone to Twitter to say they weren’t offended and a popular YouTuber also tweeted: “So this dude found a random girl online and convinced 100k+ people to bully her over a prom dress.” Daum has since responded stating that “there are people who are going to find something to offend them no matter what it is,” but also adding that she meant no harm by the gesture and will be more careful about what she posts online.

Instagram ads for Rihanna’s upcoming lingerie line, Savage X Fenty, are generating likes in the millions as she once again celebrates diversity through inclusivity. Early information on her new line promised sizes that ran up till size 3X in underwear and 44 DDD in bras, and the newly released ads are reassuring fans that it will do just that. In one Instagram video with over one million likes, plus-size model Audrey Ritchie says “I think I feel most sexy in the morning. Rolls. Stretch marks. Cellulite…you should be proud and find yourself sexually,” while she sits on a couch in presumably Savage X Fenty lingerie. Followers are praising Rihanna for delivering with one person sharing: “This is what sexy looks and FEELS like. Thank you @badgalriri for making people feel their ultimate in their own skin.” 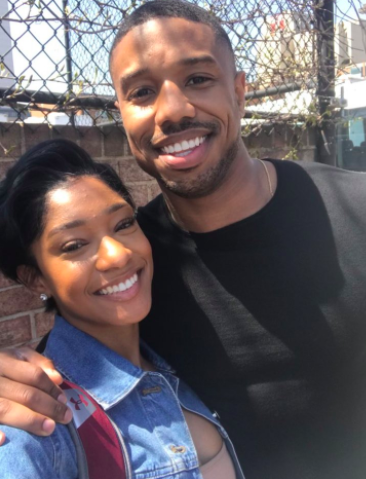 A picture of Black Panther star Michael B. Jordan and a fan has gone viral for its backstory, an 18-year-old boy’s yearbook photo is garnering praise for stirring #makeupgoals, and a comment made by Kanye has inspired a meme.