McDonald’s cuts the calories from Happy Meals, Snapchat’s massive redesign over the weekend is not going over well with users, teens are swarming Hobby Lobbies in the latest internet challenge, and other can’t miss stories from the web… 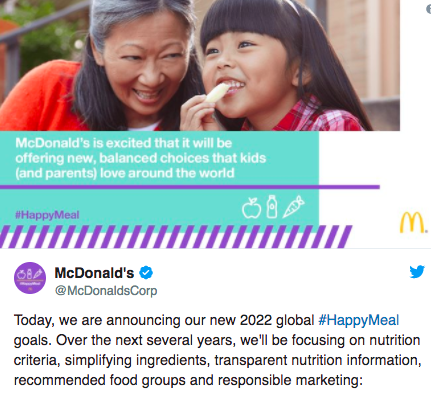 McDonald’s Happy Meal is being redubbed the “sad meal,” after the chain announced they will be pulling cheeseburgers and chocolate milk from the iconic kid’s menu item. The move, just one of many the fast food restaurant has done to tweak their image in the face of the  healthifying movement, will make every variation of the Happy Meal “fewer than 600 calories.” Although both items can still be ordered by special request, consumers—and especially parents—are making it clear they don’t appreciate McDonald’s taking a more active role in their food choices. Young consumers are fueling healthy eating, but Ypulse research has found that 84% 13-34-year-olds still let themselves indulge in unhealthy foods—and as we’ve stated before, they’ve come to expect that specific restaurant chains (ahem McDonald’s) continue to satisfy their comfort food cravings.

Speaking of things you probably shouldn’t mess with, Snapchat’s recent update is getting a less than positive response—and that’s putting it lightly. In an effort to separate friends’ posts from publishers’ content, the social platform beloved by teens underwent a massive redesign that took many users back to square one in relearning how to use the app. Although most social network updates experience some backlash, the revolt against Snapchat is setting new precedents: according to LikeFolio, almost 80% of tweets about Snapchat are currently negative, a fake tweet stating Snapchat will reverse the update in exchange for retweets garnered 1.3 million retweets making it the sixth most retweeted tweet of all time, and a petition on Change.org has surpassed one million signatures. Despite the outcry, it seems the social network has no plans to go back, with CEO Evan Spiegel stating, “it’ll take time for people to adjust.” 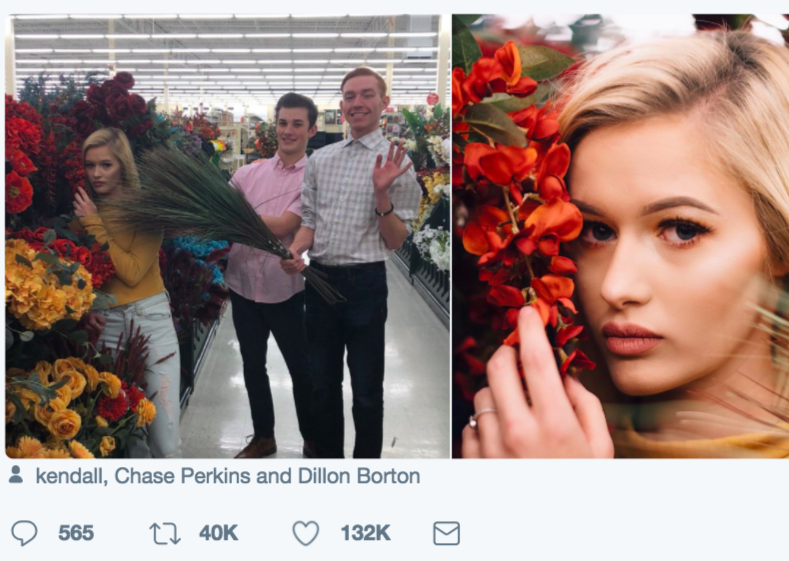 The latest challenge going viral with teens requires fake flowers, serious photo-editing skills, and their local craft emporium. Kelsey Maggart started the Hobby Lobby Challenge back in January while attempting a different challenge, the “Ugly Location Challenge.” Explaining that she “wanted a spring photoshoot, but lives in Indiana where it’s cold,” she went to a Hobby Lobby and utilized their fake floral arrangements to take photos that were later edited to look like they were taken in a very real and lush garden. A later posting showing the before and after has racked up over 40,000 retweets, and is now inspiring teen photographers and models to swarm their local craft store to rack up their own likes—a growing trend that Hobby Lobby employees aren’t loving.

Panera’s Valentine’s Day promotion may not have prompted a lot of participation, but it went viral regardless. In celebration of the holiday, Panera asked consumers to propose in one of their locations and post about it on social media with the hashtag #PaneraProposalSweeps to possibly have their wedding catered by the chain. A quick scan of the hashtag shows that the response largely outnumbered the number of Panera-inspired engagements during the romantic holiday, with consumers and the restaurant mostly having fun with the unusual idea. Panera even took the reaction as an opportunity to playfully “clap-back” at tweeters, and poke fun at themselves.

A Swiss Skier’s escalator stunt has over 700,000 views and counting, American snowboarder Chloe Kim’s twitter is blowing up with her relatable tweets during competition, and two women have racked up over 25 millions views on Facebook with their video showing how to curl with a Roomba and a Swiffer.