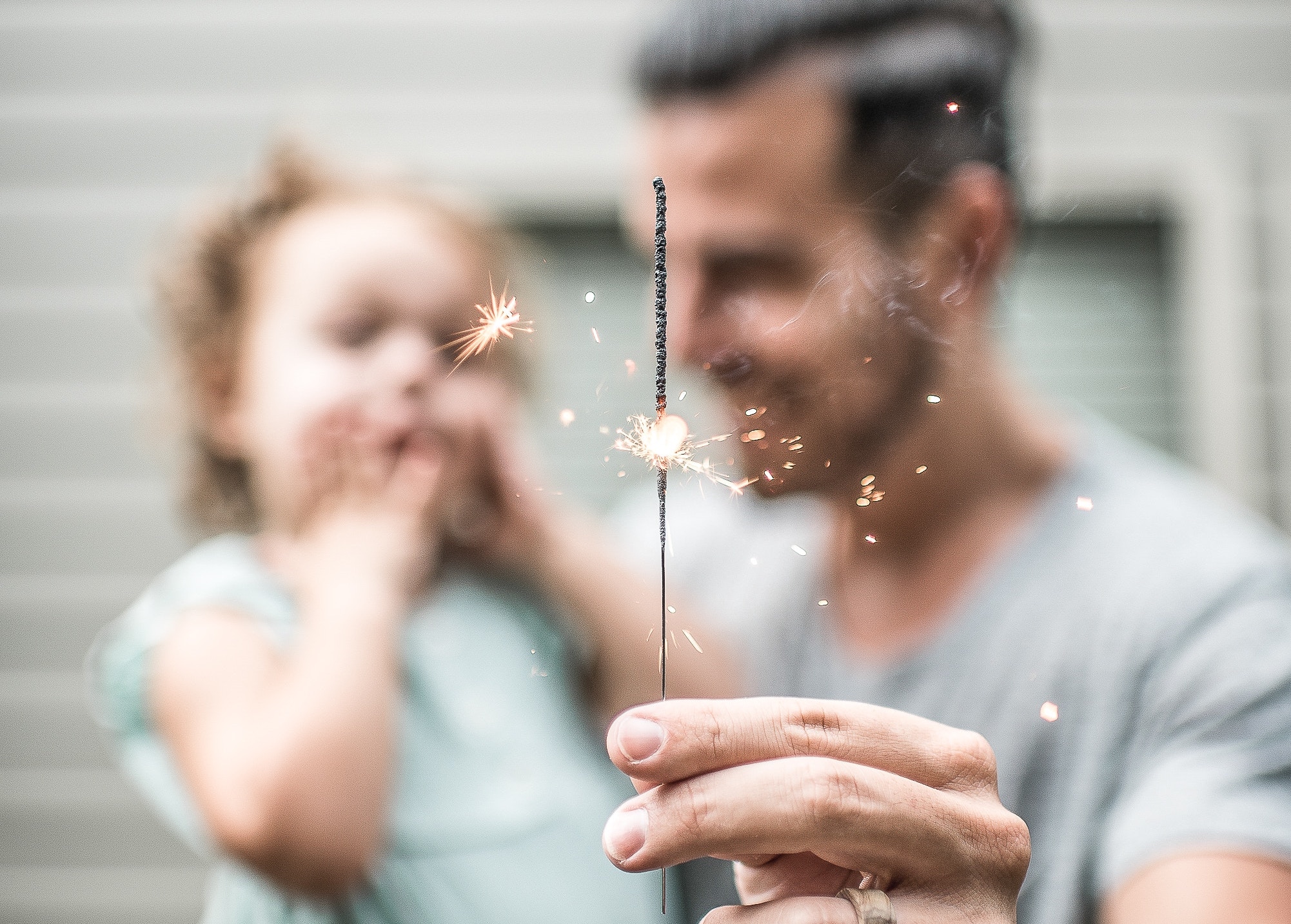 As Millennials slide into adulthood and Gen Z follows close behind, we asked them: What makes up your ideal life? Their answers show that they’re not so different from other generations after all…

We’ve been tracking Millennials’ reluctant climb to adulthood for a while now, and while in the past it may have seemed like they’d never reach those grown-up milestones—it has become more clear in recent years that young consumers do want the typical bastions of adulthood; they’ve just been slow to reach them. The reasons for this are plenty—the Great Recession, high student debt, low income, the rising cost of living—but as the generation begins to overcome these hurdles, they are settling down into more conventional adult lives than many would’ve expected. According to Ypulse data from a recent monthly survey on life milestones, in 2017, 6% of 18-35-year-olds got engaged, 8% bought a home, and 6% had a kid. Additionally, when asked what is important to them, 83% say “finding and marrying someone I love,” 75% say raising a family, and 81% say owning a home.

For Gen Z’s part, these adult aspirations are not far behind. In fact, in some cases, they’re virtually the same: 83% of 13-17-year-olds also say “finding and marrying someone I love” is important, while 73% say raising a family, and 89% say owning a home—a higher percentage than Millennials. Additionally, when we looked at Gen Z’s top ten personal goals for 2018, it’s clear their adulting game is strong: nine of their top 10 responses had to do with education, career, or income.

With all this growing up going on, we wanted to know: Are young consumers just falling into the typical patterns of adulthood, or are these acquisitions part of their ideal life? To answer that, we asked 1000 13-35-year-olds in our recent monthly survey, “What makes your ideal life?” Their answers give a glimpse into the life goals of these two generations: 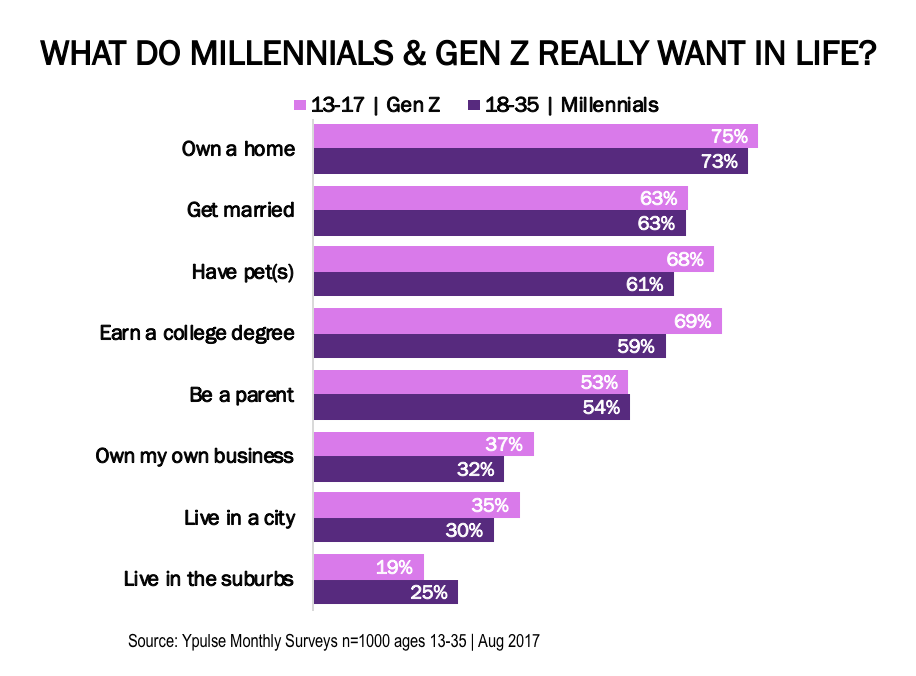 Judging by this list, the majority of Gen Z and Millennials are aiming for a future that very much resembles that of their parents: a home and a family. In other words, the American Dream—or at least their version of it.

Though this runs counter to the popular notion that these younger generations would rather travel than take on a mortgage, or have pets instead of kids (a notion we debunked some time ago), it’s a change in direction that’s been in the making for a while now. Millennials are already the biggest home-buying demographic four years running, and Gen Z may not be far behind. A Better Homes and Gardens Real Estate survey found that 97% of Gen Z believe that they will own a home in the future and 82% say homeownership is the most important factor in achieving the American Dream. On top of that, Millennials want their homes to be big: a recent NAHB survey shows that, likely because they’re skipping the “starter home,” people born after 1980 currently want more square footage than previous generations (almost half want at least four bedrooms) and value outdoor spaces.

The majority of both Millennials and Gen Z also see marriage as part of their ideal life—despite years of headlines claiming that Millennials were shutting down that industry. As it turns out, however, the majority of Millennials have always wanted to get married—they’re just not in a hurry to tie the knot. Gen Z is in the same boat. Ypulse data found that only 20% of Gen Z agree with the statement “I don’t ever want to get married” (compared to 23% of Millennials) and only 32% agree that “the concept of marriage is obsolete in the modern world.”

Gen Z also considers having pets, earning a college degree, and owning a business as greater indicators of an ideal life than Millennials do, but 18-35-year-olds are (slightly) more interested in having kids and—surprisingly—living in the suburbs. Though only 25% of Millennials consider this part of their ideal life, this is a trend to watch as they age. In fact, besides “tech hubs” like Seattle and San Francisco, most urban centers have hit “peak Millennial” populations, according to Census data, as the generation looks to buy homes and start families in the ‘burbs. Whether influenced by a more affordable cost of living or a desire for a slower pace, the suburban migration is just beginning for this generation, and may eventually move up the ranking as part of their ideal life.