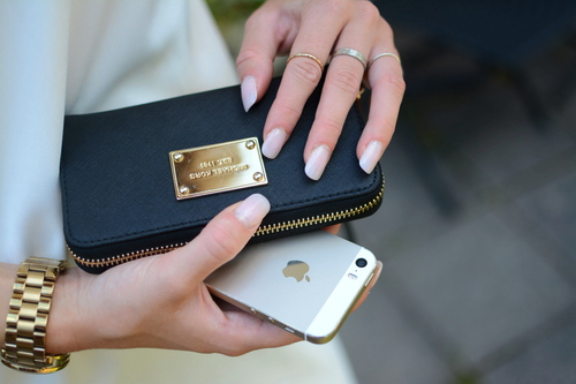 We asked Gen Z and Millennial consumers what luxury brands they most want to own, and their answers show what high-end names are still desirable—even in the age of redefined luxury…

Millennials have redefined what luxury means with both their behavior and attitudes toward high end goods—and according to our data, Gen Z is following right in their footsteps. A recent Ypulse monthly survey found that the younger generation is just as likely to say that they do not care about owning luxury brands, and even more likely to agree that luxury brands should make some affordable items so more people could own them. With these groups, it’s no longer about brand names but something more nuanced—70% of 13-35-year-olds say they think luxury is a feeling not a thing. This shift in perspective can be partially credited to these generations’ shifting values. Millennials and Gen Z are drawn to companies whose ethics align with their own, and put their money where their principles are. This has led conscious consumerism to become the latest status symbol; now, caring about what’s in your food or where your clothing comes from is not only cool, it’s luxe.

Besides general disinterest in conspicuous consumption, however, another major reason for the indifference to luxury is money. Of those who have never purchased a luxury product, 57% of 13-35-year-olds say it’s because they can’t afford it, 50% say they’re saving their money, and 48% say they’d rather spend their money on other things. This has led to a shift in strategy among luxury brands, who are trying to capture the youth market as the oldest Millennials enter their peak earning years come 2020. With the definition of luxury more broad than ever before, and exclusivity no longer a defining marker of luxury brands, competition to be a desired high-end name is intensified. To keep up with which luxury brands they actually want, we asked 1000 13-35-year-olds, “What is the luxury brand you most want to own?”* Here are the 10 that were mentioned the most:

*These were open-end response questions to allow us to capture the full range of 13-35-year-olds’ most-desired luxury brands. As with any qualitative question, the responses include those that are top of mind and those that are most wanted. The lists are ordered according to number of responses received, and alphabetically when ties occurred.

What Are the Luxury Brands Gen Z & Millennials Most Want to Own?
13-35-year-olds

It’s important to note that about a quarter of our respondents were not able to name a luxury brand they wanted to own, which gets back to the number one issue luxury retailers are facing: many young consumers just aren’t interested. A common response for why they couldn’t name a brand was “I don’t care about luxury brands,” and one 27-year-old male told us, “I do not desire luxury brands or status symbols.”

Taking that answer out of the equation, however, Gen Z and Millennials most want to own Apple products, which should come as a surprise to no one. Apple frequently tops the list for Millennials’ favorite brands, and no wonder—the products fit the bill of what 13-35-year-olds value in their luxe products today: stylish aesthetic, luxurious feel, high quality, and durability. One 19-year-old male told us, “Apple is one the most valuable brands in the world, is stylish, innovative, [and] modern.” Many of these attributes also describe the brands that came further down the list, indicating that innovation and design are qualities that make luxury brands more desirable to young consumers. Tesla, ranking at number three, is arguably the “Apple of the auto industry” with sleek designs, innovative technology, and a Silicon Valley-minded approach to business. (Last year it breezed past Ford and General Motors to become the most valuable car company in the country.) And there’s no doubt that Teslas also feel luxurious, which 83% of Gen Z and Millennials say is important when it comes to luxury items.

Looking at the fashion brands in their top ten, Gucci seems to be having a moment with young consumers. The brand rose in the rankings, coming in at number two compared to number nine in our 2017 list. The brand also topped the list of Google’s most-searched brands for 2017.  Several pop culture factors seem to be giving them a boost, including the song “Gucci Gang,” which currently has over 400 million views on YouTube and was recently parodied on SNL. Embracing their pop status and fueling it on social media seems to be working for the brand—with The Business of Fashion reporting that sales to Gen Z and Millennial consumers doubled in the first half of 2017. According to Ypulse data, desirability is especially high among Gen Z:

Gucci ranked as the number one luxury brand that Gen Z wants to own, beating out Apple in responses. While it still made the top five for Millennials, the relative higher ranking among younger consumers could indicate that they are more influenced by social media and influencer preferences. Apple ranked number one for Millennials, and for both males and females overall.