Behind the HQ Trivia Hype: Talking to the Popular App & Its Famous Host 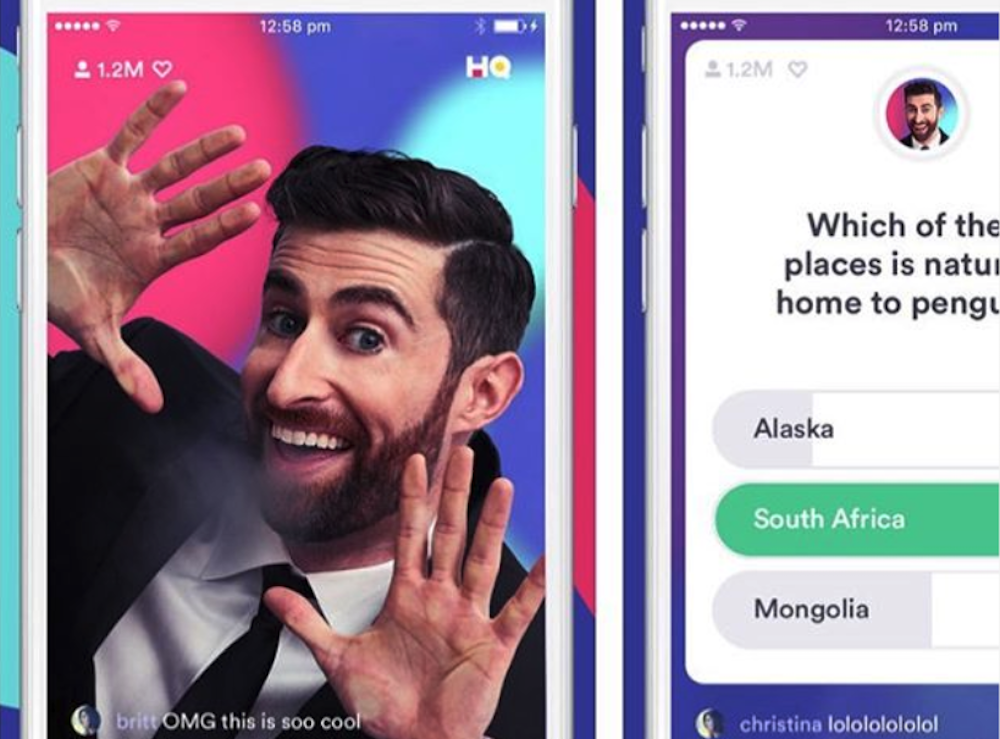 HQ Trivia, a live-streamed mobile trivia game, has taken the App Store by storm, rising to number four on iOS rankings—and it just got released on Android to boot. We talked to HQ and its popular host Scott to look behind the hype and get a better picture of why digital natives are downloading the live experience in droves…

HQ Trivia is shaking up the app world, getting users to login for a live trivia game show for 13 minutes, twice a day for what the company describes as “a fun, interactive 15-minute ‘break.’” The brainchild of Vine’s former founders started gaining steam late last year, as users tuned in to answer twelve questions with the hope of winning a piece of a cash prize. Within just one week of its early August release, the number of users in each game grew from 4,000 to 16,000, and HQ Trivia earned a spot on our list of mobile games to have on your radar. And there’s no sign it’s slowing down anytime soon: Quartz reported that over 750,000 people played the addictive gaming experience on New Year’s Eve, a strong start to 2018 and a harbinger for things to come.

So what’s behind the app’s popularity? HQ tells Ypulse that the interactive, “visceral” nature of the game is what pulls in users. The company thinks “the future of TV is interactive, mobile and social,” and HQ Trivia fits the bill because it’s “very different from traditional TV, streaming or gaming experiences, where the audience plays more of a passive role, watching from behind a screen, on-demand.” Part of the draw is also participating in (or watching) the high-speed chatter taking place among the HQ user community during games. HQ tells us they “encourage people to use the chat feature to share their excitement, shock, heartbreak, or any other emotion” as long as “they maintain a chill environment for everyone.” 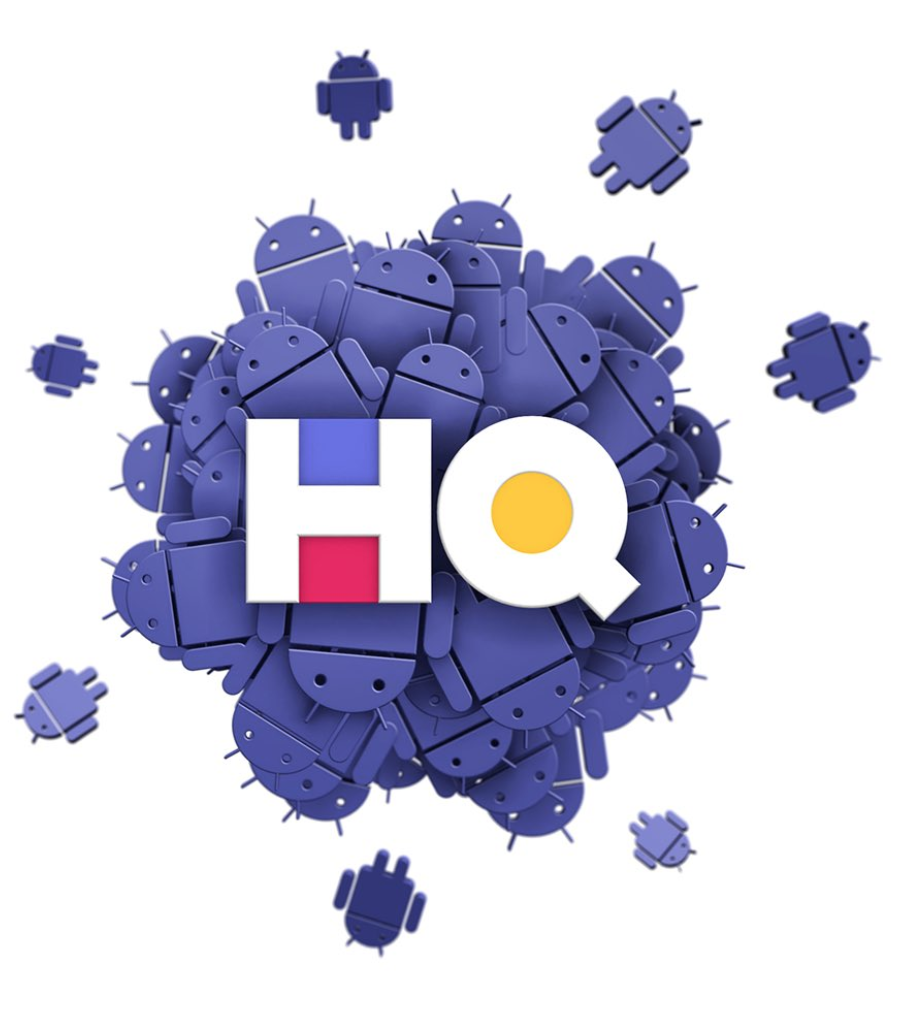 That engaged community has also made the face of HQ into a beloved mobile celeb. As the app has grown, so has the fame of its original host Scott Rogowsky, or “Quiz Daddy,” or “the trap Trebek,” as his fans have nicknamed him. The New York comedian, who previously went viral for reading books with curious covers on the subway, caught a break with HQ Trivia after a lucky audition for the then-unknown app. What else do we know about him? He cares about his fans (who he calls “HQties”), he wears wild suits, and his love of Sweetgreen caused some controversy. After HQ Trivia CEO Rus Yusupov threatened to fire Scott Rogowsky following an innocent interview with the Daily Beast, HQties rallied to the host’s side—tweeting out comments like “Hey former Vine creators/founders: HQ Trivia is NOTHING without Scott [Rogowsky.] He’s the entire f[@#$]ing reason it’s even a thing right now.” His avid fan base even started the Twitter hashtag #FreeScott, which continues to accrue new posts (most noticeably anytime a new host tries to fill in for Scott). After the show of support, Yusupov apologized, and fans continue to celebrate HQ’s host.

As of this week, the previously iPhone-only game is available for Android users and a surge of popularity is sure to follow. While the app might “struggle to scale” (technical difficulties aren’t uncommon), HQ Trivia’s prospects are promising as it eyes a $100 million valuation. The live-steamed app’s final hurdle could be proving it can turn a profit, since it has yet to attempt to monetize the experience. But with Time reporting that “everybody is obsessed” with the game, and The Verge going so far as to call it “the future of both mobile gaming and live TV,” it’s fair to say HQ Trivia may be more than just a fad. We talked to the app’s beloved host, Scott Rogowsky, to learn more about the mobile gaming sensation and dive a little deeper into why the app has grown so fast:

Ypulse: What do you enjoy about being the host of HQ Trivia? Are there any unique challenges?

Scott Rogowsky: I love being live in the studio, engaging directly with our passionate community of HQties from around the world (730k of which were playing concurrently last night!)—making sure I’m delivering an entertaining and interactive experience for everyone who took the time to stop what they were doing and join our game. I love to see the tweets and videos from fans who are partaking in the game with co-workers, classmates, friends and family—the HQ Trivia community is re-creating that collective, live experience that has largely been lost with fragmentation and “on-demandification” of pop culture and media. The biggest challenge is keeping the game flowing and entertaining—especially when those inevitable technical hiccups occur, due to the overwhelming demand of players.

Ypulse: Fans of the app have become devoted fans of yours as well, following your fast rise to fame. What has it been like becoming an instant influencer?

SR: I was never much of a social media user before HQ Trivia came along. I would tweet jokes maybe once or twice a day if I remembered, and I hardly used Instagram, but lately, as more and more people have started engaging with me online, I’m A) flattered, and B) doing my best to holler back! While I can’t reply to each individual message, please know that the love and feedback has been very appreciated.

Ypulse: Have any brands approached you to work with you?

SR: Brands are interested in working with us, but that isn’t a focus for us now. All I’m concerned with is putting on a great show every single time.

Ypulse: Anything you can share about your future as an influencer with a large fan base and, of course, as the host of HQ?

SR: The ultimate dream is to gain enough followers that I’ll be able to shamelessly endorse weight loss shakes and detox teas like so many of my favorite influencers! JK JK. The only thing I want to influence people to do is HAVE FUN!