A new viral meme is a guide to ringing in 2018 with a musical bang, Apple issues an iApology for consumer backlash, a new trap-inspired beauty tutorial is going viral, and more trending stories to end the year! 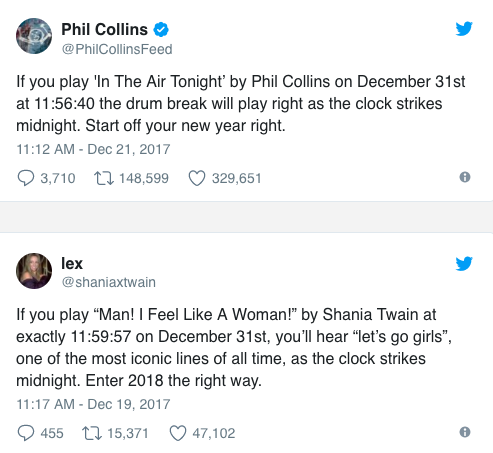 A new year is almost upon us, and a “wonderfully neurotic” meme on how to start it off with a bang is going viral. The musically-inspired “If you play” meme gives detailed instructions on what time on New Year’s Eve to play a specific song and hear “a desired lyric, guitar riff, or drum beat” once the clock strikes midnight. Suggested plays varied from songs by Beyoncé, theme songs from popular TV series, and even YouTube videos—but one of the most popular came from legendary artist Phil Collins himself. Tweeting, “If you play ‘In The Air Tonight’ by Phil Collins on December 31st at 11:56:40 the drum break will play right as the clock strikes midnight. Start off your new year right,” he prompted over 300,000 likes and almost 150,000 retweets.

Intense backlash, and several lawsuits, has led Apple to apologize to its customers this week. Recently, customers were able to confirm a long-seeded theory that Apple has been slowing down old iPhones in an effort to sell newer versions. Apple’s initial response—admitting to slow downs to prevent battery and performance issues—did little to suppress concerns. Backlash about lack of transparency ensued, and Apple has since apologized, stating there has “been a lot of misunderstanding” and offering price discounts on replacement batteries for devices affected. One tweet by @marcoarment expressed: “The reputation damage from secretly slowing down old iPhones, regardless of the reason, will likely linger for a decade”—but we have our doubts Apple will be knocked from young consumers’ favorite brand list.

Beauty vlogger Chelsie Worthy is changing the way beauty tutorials are done—and she’s going viral for it. Instead of explaining the products and techniques she is using (as done in more generic beauty tutorials), Worthy dances, raps, and edits product graphics to appear on the screen with a beat while she makes up her face for her over 200,000 followers. She calls her videos “Traptorials” and her first Instagram beauty tutorial set to the trap song, “Rap Saved Me” by 21 Savage, Offset, and Metro Boomin, has over 260,000 views. Her latest, “#Traptorial Volume 4,” has already generated over 740,000 views. 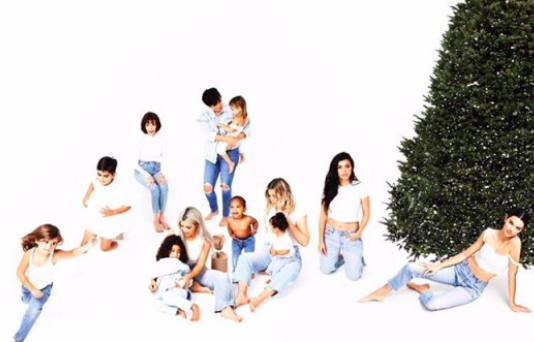 Kim Kardashian’s 25-day Instagram Christmas countdown left a lot to be desired, and her followers are being vocal about it. The Kardashian Christmas card has gone above and beyond every year, with the lavish, themed family photograph, a highly anticipated holiday tradition for fans. This year it came in the form of daily Instagram posts with different images of the family in white shirts and blue jeans. The countdown aspect enticed followers to speculate what was to come, and the most-circulated theory was that Christmas day would show a pregnant Kylie Jenner. However, the final day was another family shot without Kylie, infuriating fans, whose comments ranged from “This was the biggest let down ever” to “Biggest disappointment of 2017.” 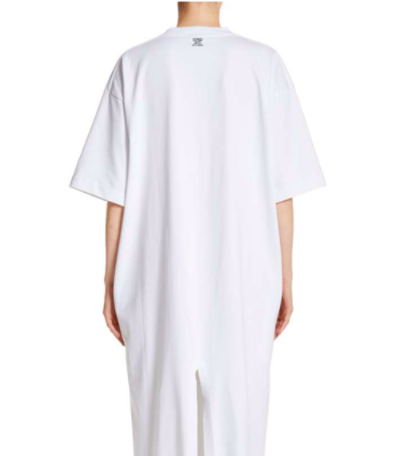 A t-shirt dress from French clothing brand Vetements is going viral for its price tag, Reddit users have found the next #TheDress debate and it has to do with a dresser, and a patient Instagram husband is proving “love is real.”